It was about two years ago when I celebrated my good friend Jackie's birthday at a renown Mexican eatery in Los Angeles, California.

Guelaguetza, known as "the best Oaxacan restaurant in the country," by food god Jonathan Gold, was the perfectly quaint spot for an intimate gathering. I came fresh from a work function and was starving. Bring on the chips and guac!

Well, to my dismay, in place of chips were—brace yourself—sauteed grasshoppers. I was absolutely astonished. I didn't know much about Oaxacan cuisine culture, but I caught on quick. This appetizer, formally known as chapulines, is a staple at the dinner table.

This was the first time I'd seen people eat bugs casually in my life. I used to go insane when I'd see lollipops with scorpions in the middle sold at novelty shops. And now, right in front of my very eyes, my own friends were tossing back handfuls of grasshoppers like it ain't no thing. (Backstory: I have a past with cockroaches that has scarred me for life—hence part of my immense issue with bugs. But in general, I really do fear bugs.)

I forced myself to turn away and continued on with starvation until I was able to order my chapuline-free main course.

Since that eye-opening experience, my life has been relatively bug-free (yay!). But fast-forward a couple years and that was about to change.

During a weekly brainstorm meeting at Sweety High, the discussion arose for some of us to try something we fear. My coworker Ashley decided to spend a day hanging out at a reptile zoo to play with snakes and I was going to eat products made from Chirps (an all-female-founded, San Francisco, California-based brand that uses cricket flour in all of its products—which include cookie mix and various-flavored chips).

I had no idea what to expect. Would little crickets be infiltrated all throughout the mix? Would the products taste funky? Would I feel sick after consumption? Welp, there was only one way to find out!

I ordered all three of the brand's chip flavors (sea salt, cheddar and BBQ ) and a package of their chocolate chip cookie mix (which boasts 15 crickets per cookie, folks!!!) and I enlisted the kitchen expertise of Sweety High contributors Sarah and Bin.

The three of us gathered in my kitchen and put our packages to work! We eagerly opened the cookie mix to find that it looked just like any other cookie mix that's come in our contact (no creepy crawlers to be seen here!). Clearly the li'l guys had been ground up (hence the word "flour") before entering the mix. 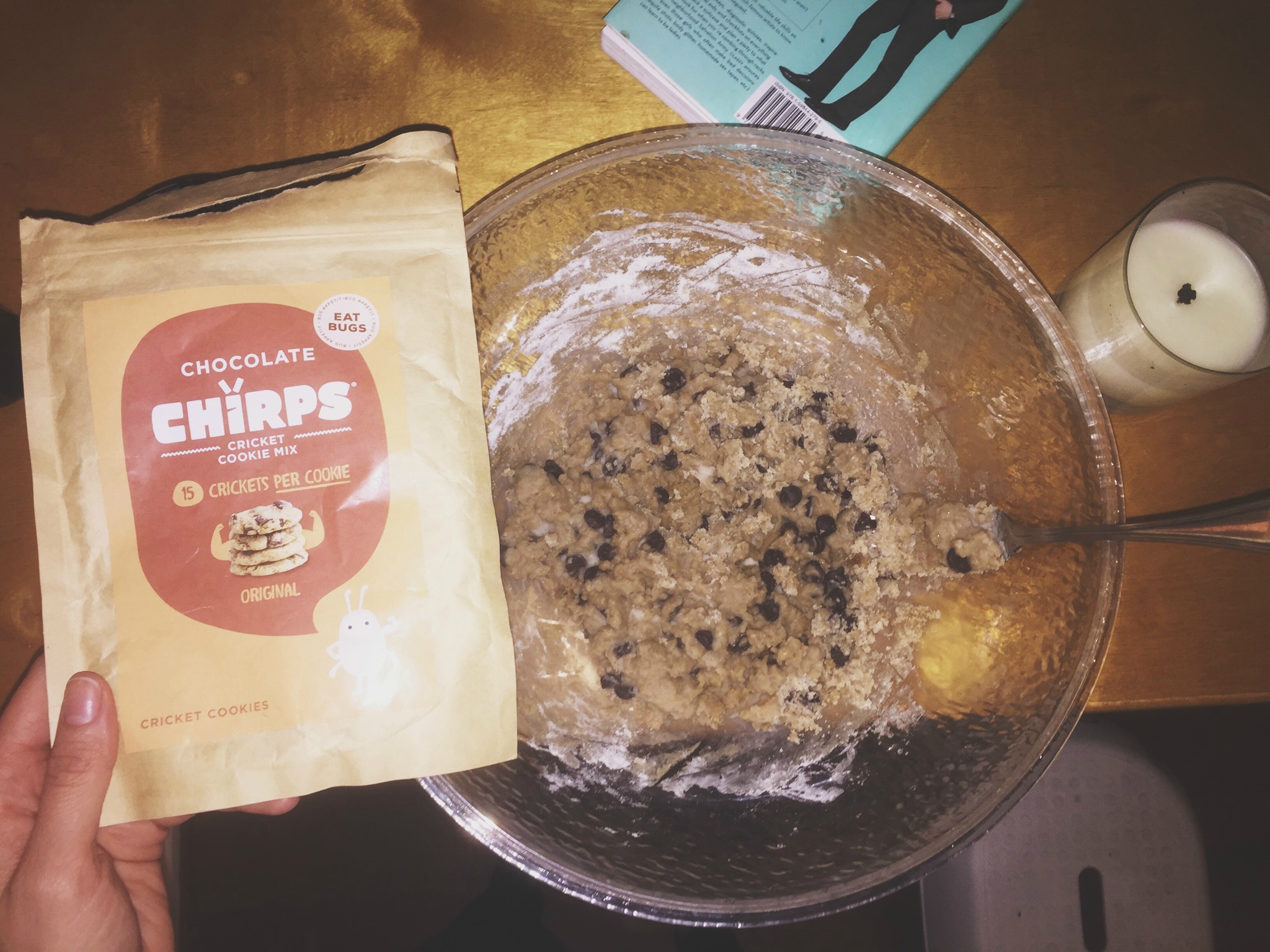 Sarah was in charge of bringing the butter required for the recipe, but she forgot, so we used some coconut oil I had lying around. Well, this unplanned swap turned out to be a major gamechanger (more on that in a bit).

Following the addition of eggs and vanilla extract to the mix, we patiently awaited the outcome of the now-baking goods. In the meantime, we busted open our three flavors of chips. Dipped into guac or eaten lonesome, these tasted like a less-processed version of our fave Doritos flavors! Granted, when you initially open the bags, they don't have the most welcoming aroma, but seriously, once you slip the chips into your mouth, your taste buds are in favor of what they're sampling. 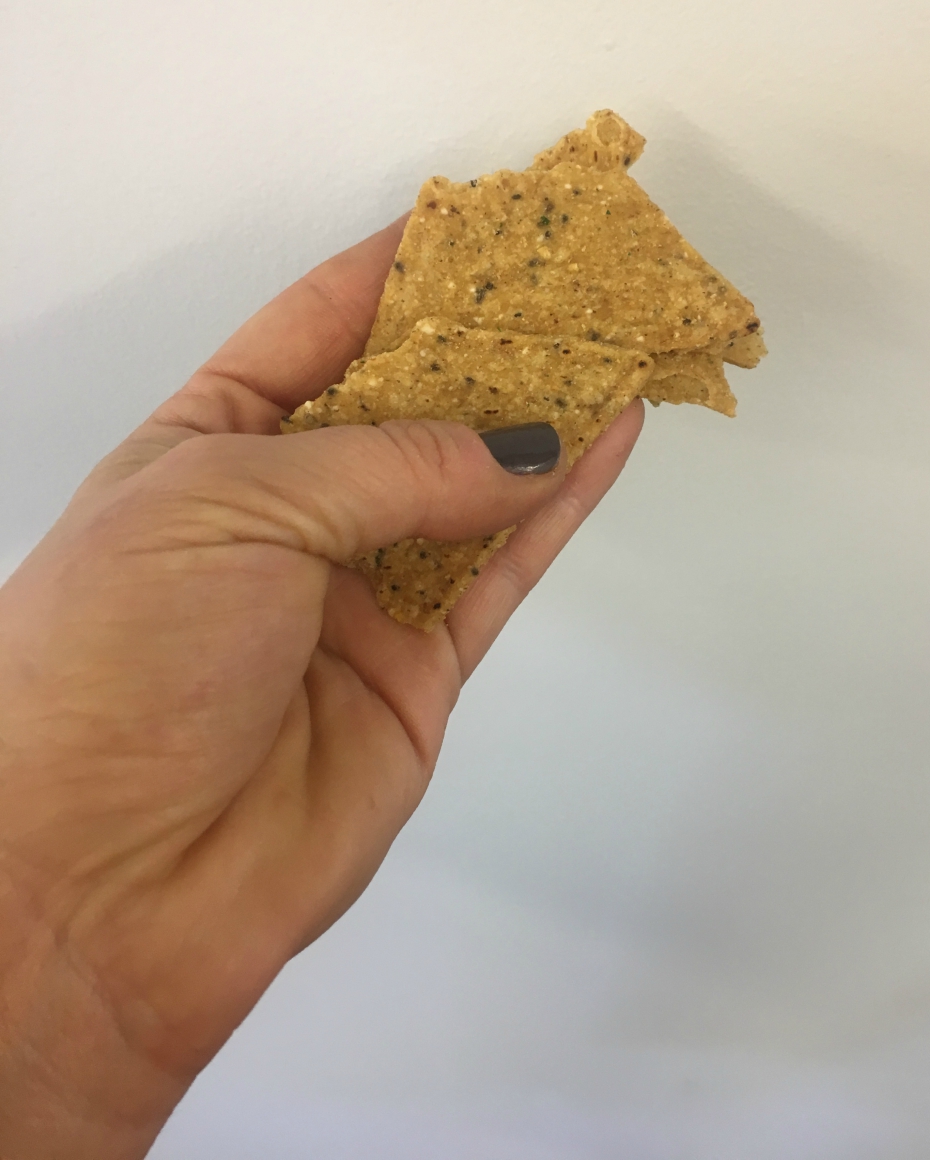 Now back to the cookies: When the final products were fresh out of the oven and ready for tasting, they were absolutely delicious! I kid you not, these were some of the best-tasting cookies I'd had in a long time. I don't know whether to credit the crickets, the coconut oil or the magical hands doing all the work, but no lie, these were dope! 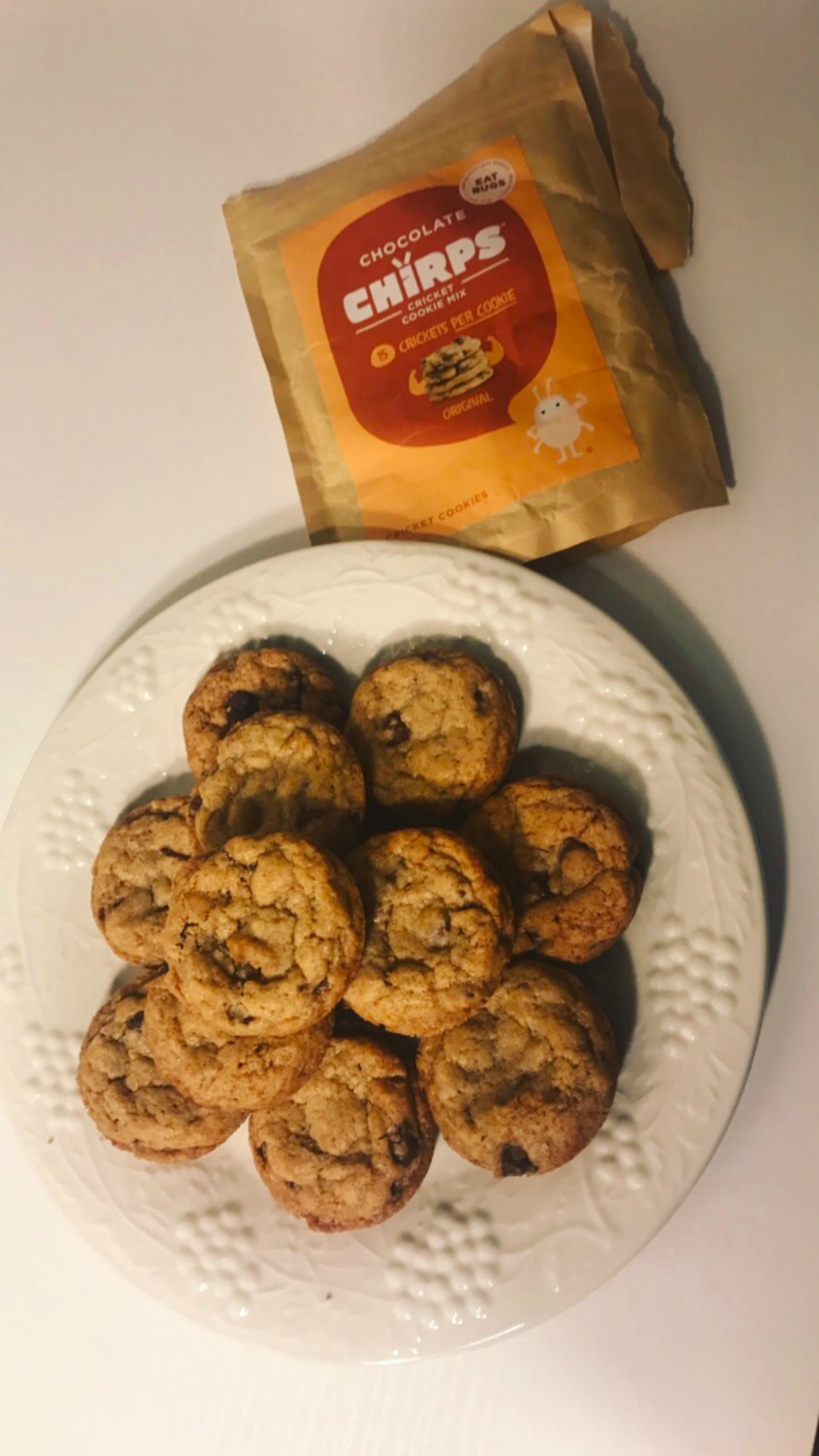 We munched eagerly and then got down to business (aka comparing Chirps' labels to regular tortilla chip labels). Real talk: The calorie-carb-fat count in Chirps' servings is almost identical to that of a Doritos Nacho Cheese serving (with the exception of protein—Chirps win!). But all Chirps chips are gluten-free, and you can actually pronounce the majority of the ingredients listed in their nutrition facts (always a good sign!). Plus, I love the friendly packaging of Chirps products. Almost too cute to eat, right?

Overall, I definitely stepped out of my comfort zone by trying Chirps. And this may even be the gateway to my next daring experience: trying chapulines or even sauteed crickets. I certainly got lucky with the way the crickets were processed in Chirps, so I didn't have to actually think about what I was ingesting. And to a few friends who I let nibble on the snacks without knowing what was in them, they loved 'em, too.

Moving forward, if I do go ahead and eat any particular insects whole, I promise you guys will be the first to know!

The only thing missing from Chirps night? Guac made by Chipotle! It may have helped if we had Ashley's copycat recipe from the famed food chain HERE!