12-year-old Chloe Stirling is better known to some as "Cupcake Girl." After the preteen baker starting selling homemade treats, she was forced to stop by health officials, and eventually played a pivotal role in the passing of a bill that would allow her and other small bakers to get back into the business. 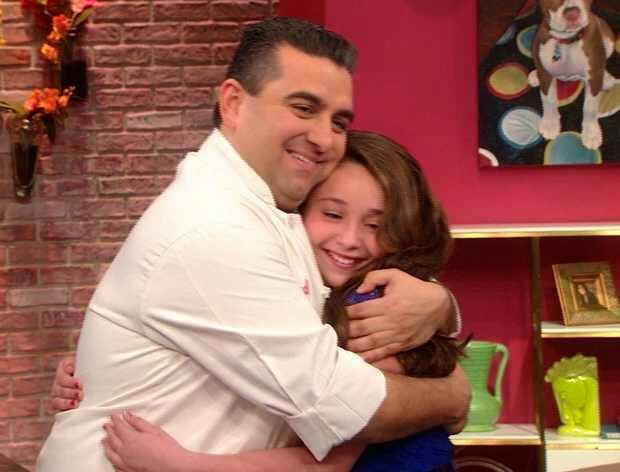 We recently chatted with Chloe to learn all about her passion for making cupcakes and about the Illinois bill she championed.

At 12, Chloe has already been baking for about three years. She started selling cupcakes and other baked goods, and demand grew and grew.

"I didn't go into it thinking I would start a business, but people kept placing orders and I kept filling them and before I knew it, I FOUND myself in business," she explained.

She started making about $200 a month selling her baked goods in her hometown.

Soon, Chloe found her business getting shut down by the local health department because she wasn't licensed and didn't use a kitchen certified by the state.

"When I heard I was getting shut down, I was very upset," Chloe said. "I had a lot of orders that I had to cancel, and it didn't seem like there was anything we could do."

Chloe and her parents were left with a couple of very expensive options. Her parents could buy her a bakery, or they could build an addition to the house based on state regulations and outfitted with commercial grade equipment to be used only for Chloe's baking. Even then, Chloe was too young to take certification classes. 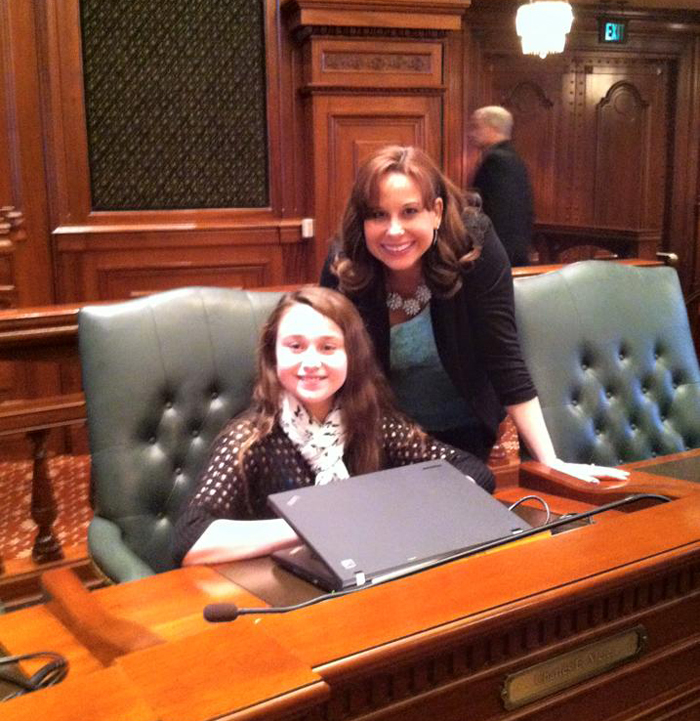 It wasn't long before a local state representative, Charlie Meier, called Chloe's mother and asked if the family would be interested in helping to get a bill passed. House Bill 5354 became known as "The Cupcake Bill." The family traveled to Springfield so Chloe could testify in front of the House Committee to explain why the law should change.

More than 90 people from health departments across Illinois signed up to testify again Chloe, but her story touched hearts and she won her fight.

Once the bill passed through the House Committee and House floor, it got a new sponsor in the Senate, and progress slowed.

"The senator that picked up my bill was not a fan of it, and he added a lot of mumbo jumbo that turned other Senators who WERE on my side, against the bill," Chloe said.

After the senator's amendments, the law would hardly be changed, leaving it extremely difficult for very small cooking and baking operations to sell their goods.

"It broke my heart, because all the people who supported me no longer supported the 'new' bill," Chloe said.

The bill eventually made it to the Senate floor where it was voted down. Chloe and her mother were devastated, but expected the result with the unpopular new bill. But just hours after the vote, yet another debate about the bill was taking place on the Senate floor. 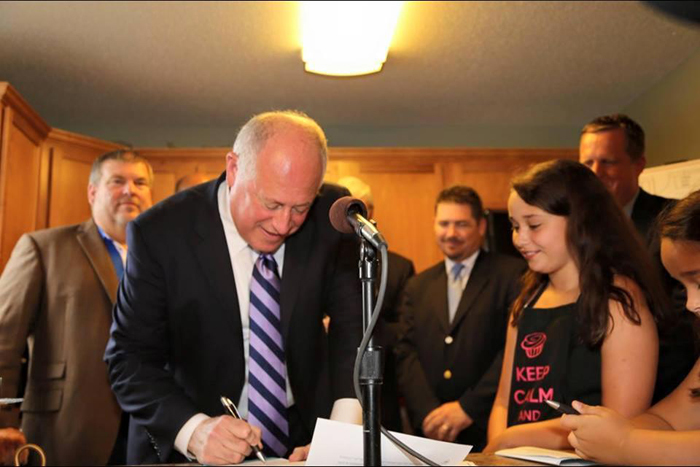 During the debate, t was agreed that the amendments that made the bill so unfavorable should be dropped, and a revote could be called.

"The Senators then passed the bill, in its ORIGINAL form, unanimously," Chloe said. "No sitting Senator could recall that ever happening before. The governor himself called to congratulate me."

It wasn't the first time Chloe had spoken with Illinois Governor Pat Quinn.

"He said he was very proud of me for being so motivated, and that I should not give up," Chloe said. "He said he would support me in any way he could. He kept his promise. He signed the bill into law in my kitchen, on June 10."

He also came to visit Chloe while she was attending a baking and party summer camp at Kendall College. 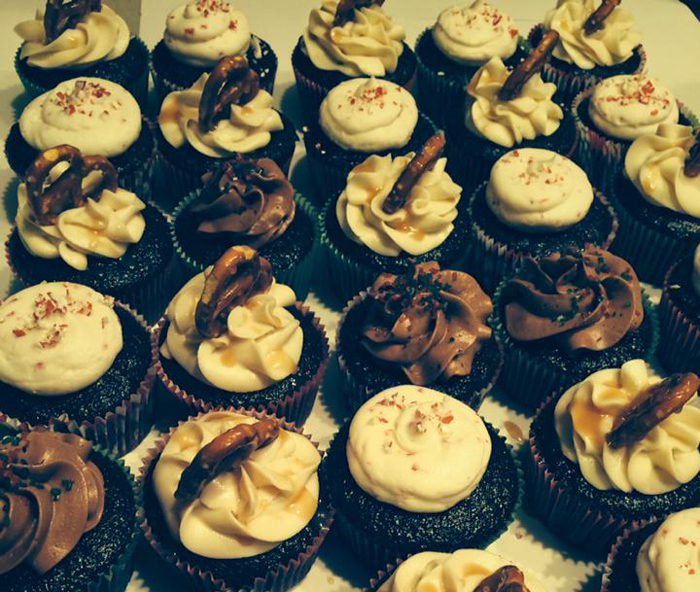 It's been a long journey for Chloe, and she's proud of all she's been able to accomplish, not just to continue her passion, but allow others to do so as well.

"It has been almost a year since this all began," she said. "I have learned a lot, not just about baking, but about laws and government. I have gotten to do the coolest things, but in the end, I am just happy that I can bake again, legally."

Through it all, she hasn't lost her fire for baking.

"My favorite thing to bake is still cupcakes," she said. "I like making up new recipes. I just perfected a chocolate salted caramel pretzel, and everybody loves it."

Love Chloe's story? Let us know what you think of it in the comments below, and share your favorite girl power stories with us at Sweety High.