Over the years, I've gotten pretty particular when it comes to potato chips.

The flimsy, generic potato chips of my youth don't quite cut it anymore—especially when I consider all of the junk ingredients they're packed with—and I even think twice before indulging in my favorite kettle chips because they're not that much better for me.

At least, that was until I was introduced to Christie's. When I was first pitched the all-natural, vegan potato chip brand, I thought they'd be worth trying but didn't expect to be particularly blown away. After being sent all five flavors to review, I can say the brand is something really special, and if you're a chip lover, you need to get your hands on Christie's.

Christie's chips were developed by Christie herself, a chef who worked in a Michelin star restaurant before moving into research and development for food, and finally deciding on creating a great brand of her own. When she realized that many classic chip flavors are unavailable in vegan or non-dairy options, she set out to create chips that anyone can enjoy, regardless of dietary preferences. They had to be all-natural and plant-based, with clean, high-quality ingredients and absolutely no artificial preservatives, with no gluten or cholesterol. They also had to be so good that non-vegans wouldn't be able to tell the difference. Thus, Christie's was born.

I began my Christie's journey with the Sea Salt flavor, not anticipating much more than a crunchy, salty chip. I was also surprised to find that they came packaged in small, relatively flat-looking bags. Did that mean the contents were crushed? When I opened the first bag I found that, to the contrary, the chips were quite intact. In fact, very little of the bag consisted of broken chips—unlike what I might find at the grocery store.

And flavor-wise, I was super impressed by these seemingly basic chips. With only three ingredients—potatoes, canola oil and sea salt—the brand managed to make a crisp, mouthwatering chip that kept me coming back for more. They were snackable yet satisfying, really bringing out the best of the potato in the chip. I was just sad I didn't have some sort of sour cream dip for them, because they would have been the perfect neutral and crunchy vehicle for all kinds of dipping. 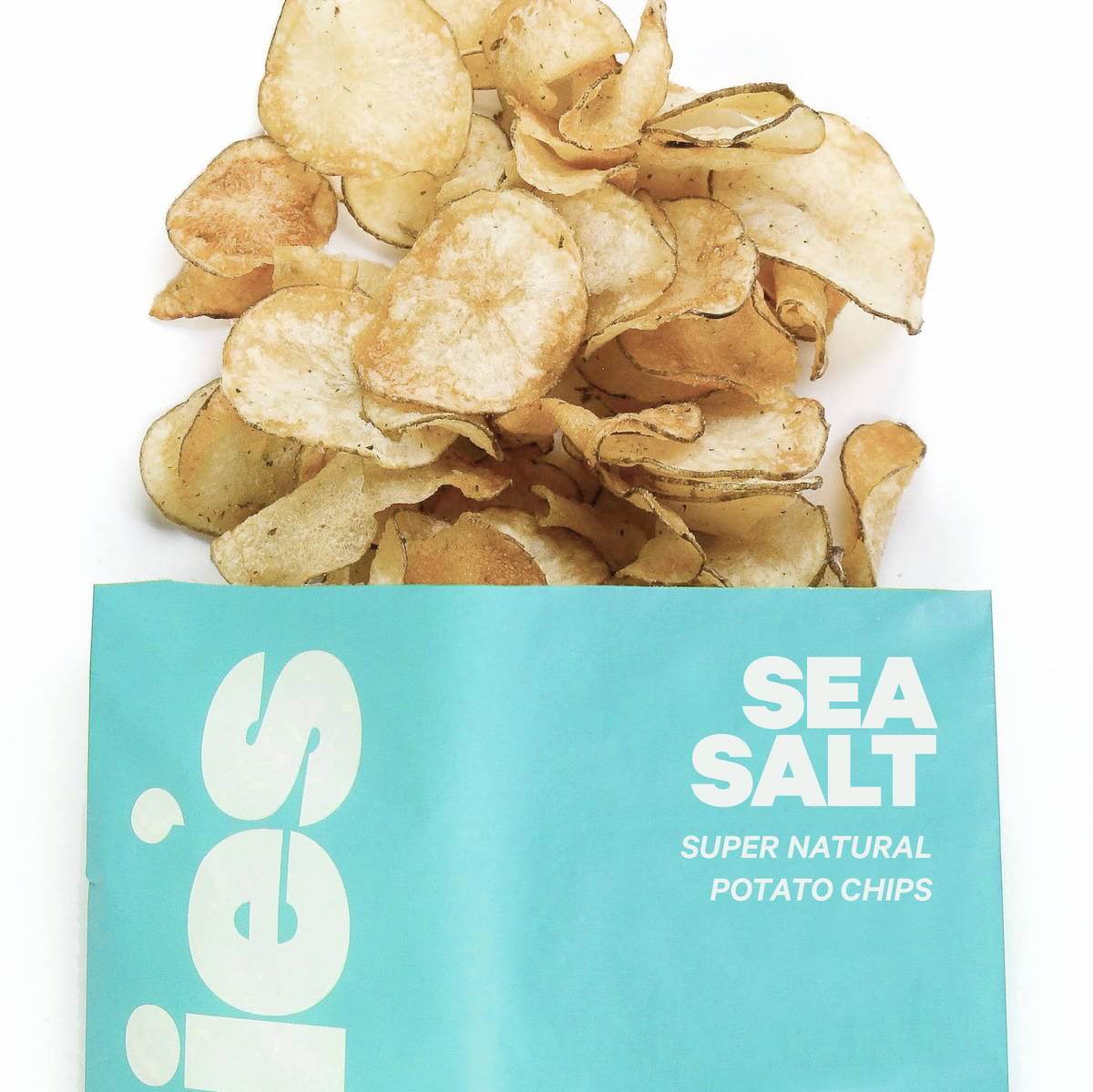 Next, it was time to move on to the Backyard BBQ flavor. After just one bite, I was fully in love. The flavor was everything I wanted it to be, with smoky, sweet and savory flavors perfectly mingling on every chip. The blend of spices was so tasty with the crispy texture of the chip, making them impossible to put down. I also made the mistake of sharing these with the family, because they were gone in what seemed like an instant. Of course, it wasn't long before we went to Christie's website and had to order more. 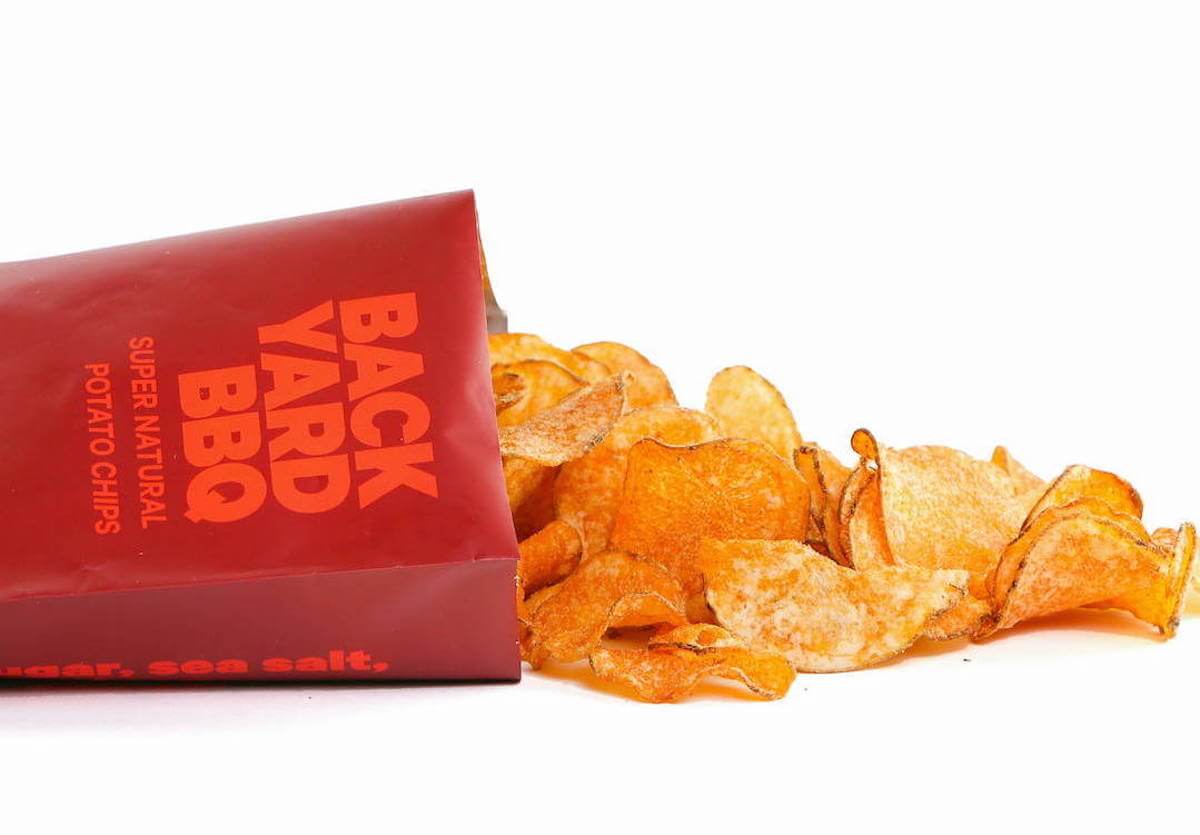 If you're a vegan who's always had to miss out on sour cream and onion-flavored chips, you're in for a treat with these. Their unique flavor is achieved with a mix of vegan buttermilk and yeast extract, making them taste like the real thing (better, actually), without the dairy. The garlic and onion also complement the creaminess for a tangy, bold flavor you'll be craving long after you finished the bag. 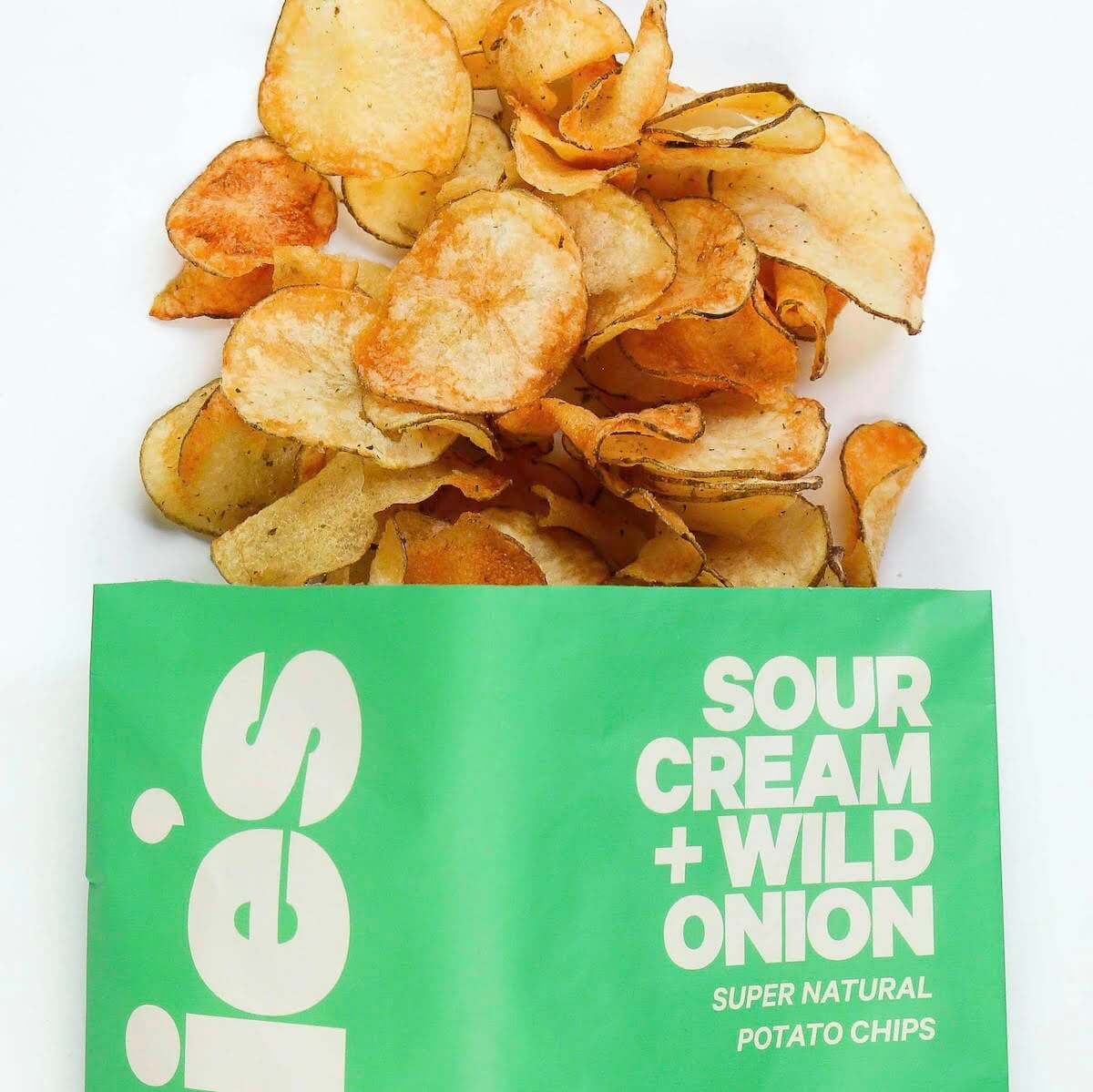 I tend to be a jalapeño chip devotee, so I was a little disappointed to see that it wasn't a flavor on offer from Christie's—but once I tried these Chili Con Queso chips, I realized I wasn't missing out on anything. This is a unique and complex flavor that's a little reminiscent of a jalapeño chip but layered with so much more, including tomato and other spices, to make something that's not quite fiery but absolutely packed with flavor. Apparently, it's one of Christie's most requested flavors, and after tasting it, I can see why. 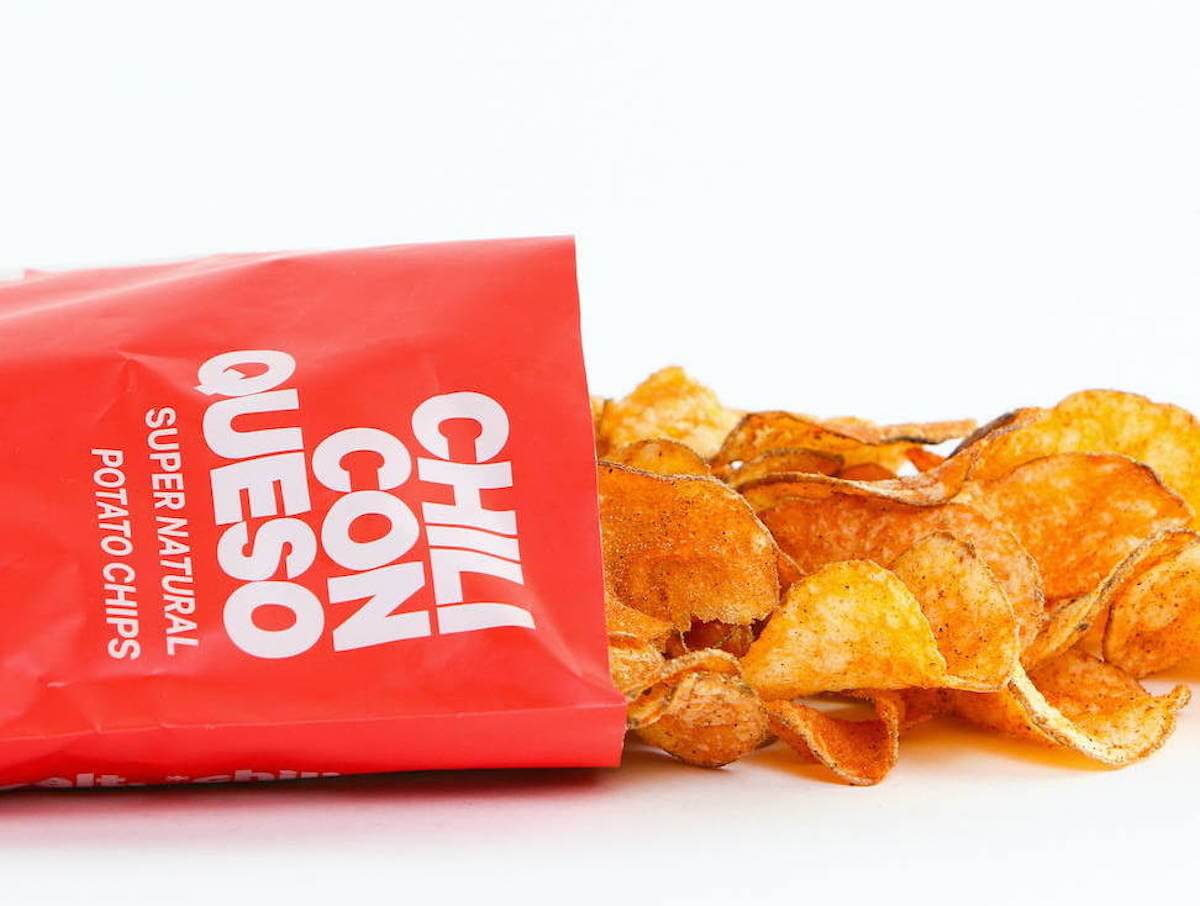 Last, but absolutely not least, was the Nacho Inferno flavor. It also packs some of that jalapeño heat but with an even more awesome, cheesy flavor thanks to the addition of yeast extract (without comprising the brand's plant-based origins). If you love digging into a plate of spicy nachos, chances are you'll adore these chips, too. 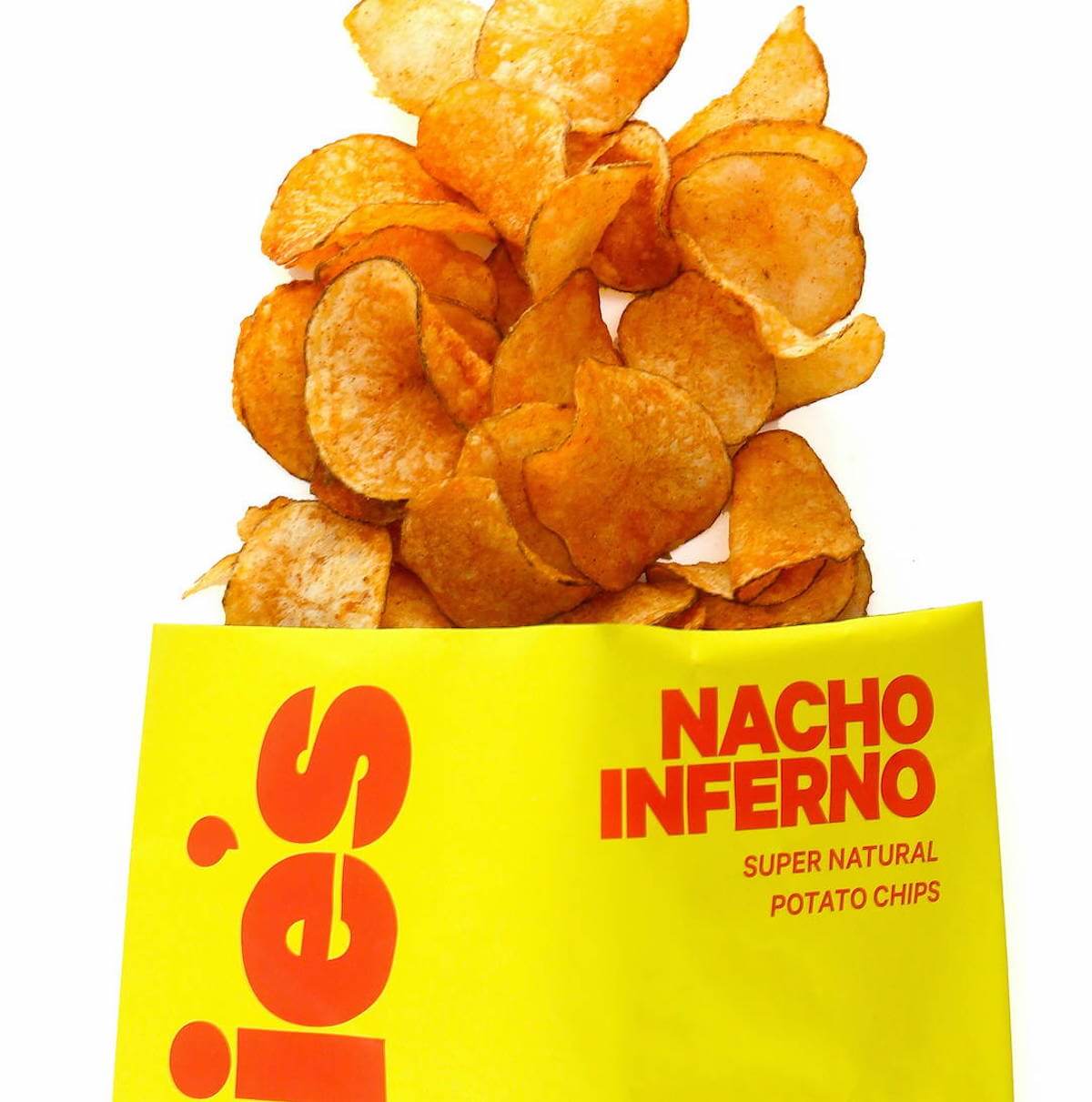 Whether you stick to a vegan diet, like to go plant-based once or twice a week or just want to be eating fewer preservatives, Christie's is a no-brainer—and even if you're none of these things, these chips will win you over with the way they taste. The flavors are out of this world, and the texture can't be beaten—especially with the way the brand packages the chips so there's little to no breakage. Yes, they'll cost you a little more than grocery store chips—especially when you factor in shipping—but for food that tastes this good, it's worth it.

More of an omnivore? Click HERE to read our review of Kalahari's air-dried beef chips.