Christina Perri: What Girl Power Means To Me

To me, girl power is a few things. It's being a strong, independent, smart woman who takes care of herself. It's also encouraging other women to be great, instead of competing with other women. Girl power is all about a community and being stronger in numbers, getting together and getting stronger. 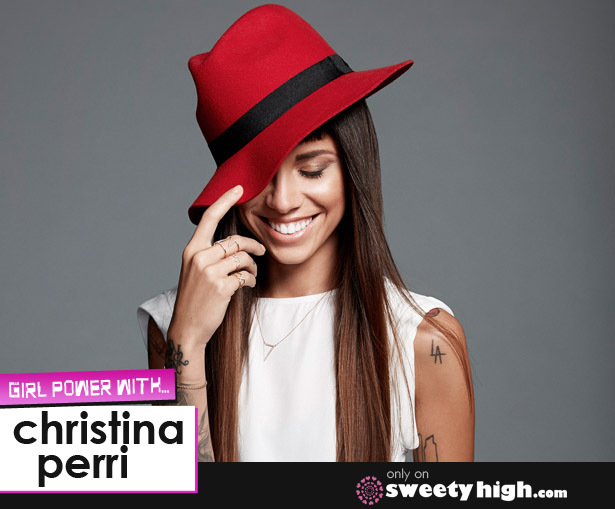 I also think girl power is embracing our female quirks and qualities, and enjoying them.  We care so much about things and we're emotional. We should utilize those qualities that men don't really have.

I think we still very much live in a boy's world, even though we've come very far. That was a giant issue in the 50s, but where we are now is just the tip of the iceberg in being equal to men.

I think inequality a very real thing. Girls grow up feeling that, no matter how old they are. We always have to try a little bit harder to be noticed and taken seriously, especially in the business realm. I'm a business woman. I have a company and a corporation and I have employees, but that's very rare today because in the music industry, it's mostly men who are on top.

I come up against challenges constantly in the music industry, but I have been facing them my whole life. I grew up with a big brother in a neighborhood full of boys. I had to be just as awesome at video games and just as awesome at basketball. I always tried really hard to participate in all of the things that the boys did. I remember skateboarding and doing sports and all these things some people might think girls couldn't do.

As I got older I started singing and playing guitar, which is also rare for a woman. I'm a songwriter and I hold my own at shows as a performer. I'm a business owner. Being all those things and being a woman, I come up against challenges constantly.

I think the best way to overcome that is to know what I want. Indecisiveness is an awful quality when you are a leader and you want to be treated as an equal. I've always had to know exactly what I wanted. I've always had to know exactly who I am and never falter. I don't let other people tell me what to do, what to wear or what to say. I feel powerful in that sense. I know what I want and I work very, very hard to get it.

My mother and my grandmother are the strongest women I know. I love them and they're my idols. In the music business, Beyoncé is probably at the top of my list of empowered women. She's a great mother and performer. I also think that Demi Lovato is such a strong example for women in the music industry and in life. I have so many role models. I love Lady Gaga and I love everything she stands for, and how she presents herself to the world. She kind of carries a torch for so many different people. I love Katy Perry. She uses her power for great things. And Taylor Swift is just the sweetest human being ever and so strong and wonderful at the same time. There are a lot of women in the music industry who are really, really great role models.

Know who you are, know what you want, and know who you want to be. You have to be willing to work really, really hard, and you have to team up with other women. When you make a community and when you have other women by your side, you're stronger than you are by yourself. I've never done anything all by myself. Yes, I work really hard. I did my time waitressing. I earned my way here, but I was never alone. I always had a team. I have a great family. So always invite people to help you along the way, and don't separate yourself from other women. Joining together is the most important thing.

Christina Perri is a singer-songwriter from Philadelphia, Pennsylvania who has delighted audiences around the world with hit songs including "Jar Of Hearts," "A Thousand Years" and "Human." She recently joined Demi Lovato on her Demi World Tour!