If you're a Disney Channel fan, you know Christy Carlson Romano.

The actress was a Disney staple and remains a legend, playing Ren on Even Stevens, as well as being the voice of Kim Possible. And just because she's no longer playing these iconic characters, doesn't mean she's not still doing big things.

Her YouTube channel, for example, has nearly a quarter of a million followers and is the home of Christy's Throwback Kitchen, a cooking show in which she invites special guests from her Disney Channel past. She and her husband also host a show called Bucket List Bistro, currently airing on Fox and Hulu.

How does she do it all? We got the chance to ask Christy all our top burning questions, and here's what she had to say:

Sweety High: You have been so busy lately! What projects are you most passionate about right now, and how do you manage it all?

Christy Carlson Romano: I am most passionate about my YouTube show right now. I feel like it connects me with the fans in a really important way. For a long time, my fans have been asking me to do something fun that marries nostalgic moments from their childhood. Brendan, my husband and producer partner and I had a lot of conversations about what we can do to give my fans what they want. So, we came up with the cooking show and it seems like it's making a lot of people happy! We have been building our production company up for some time now with crew and camera equipment. It's been a really amazing process because we are the ones in charge. In time, we will be making full length features with our Black Magic cameras and our rolodex of resources thanks to creating this YouTube content. 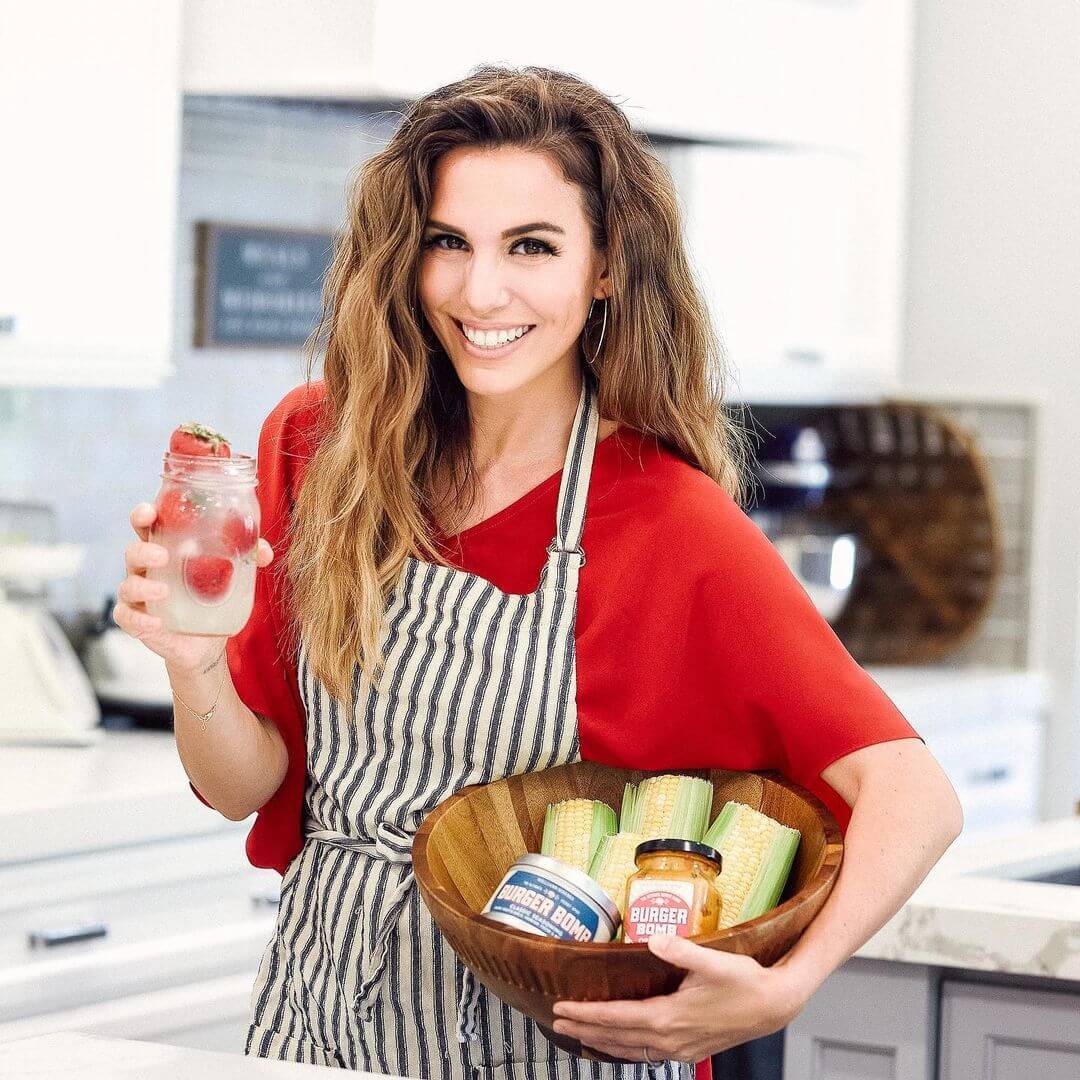 SH: What has it been like to reunite with old costars and friends for Christy's Throwback Kitchen?

CCR: It's really great to reunite with them because I haven't seen them for ages, and we've all grown up and done really amazing things. We've all had really unique struggles and journeys, so I like to chat with them about everything, the good and the bad, and the show is the vehicle for us to get together. I can't tell you how great it is to see everyone. It's like a really elaborate way to have a social life.

SH: Have there been any guests that it was extra fun to see again?

CCR: I had a really great time seeing Steven Anthony Lawrence, who played Beans on Even Stevens. He's such a great guy and has had such an interesting journey so it was really touching to see how he's grown into such a lovely gentleman.

SH: Have you been surprised by the success of your YouTube channel?

CCR: I think it's just a testament to how vibrant the fanbase is for millennials and those that came after. Our shows have been in syndication, so we have a range of fans. I think people don't really realize how long people like myself and my guests have been around which is why we're household names. During a crazy year having content that's positive and wholesome is super important for people. It cheers them up and what better way of doing that than making really tasty food.

SH: What type of content is your favorite to create for the channel?

CCR: It seems kind of crazy, but I really do enjoy making sponsored content. I like choosing the brands that I work with and doing authentic content while cooking.

SH: What would you say is the past role you get recognized most for? What does that role mean to you?

CCR: It's actually quite interesting that everyone knows me as Kim Possible! I must be the most recognized voice-over actor by face. But the truth is that I think most people don't realize that they know me from all the other stuff I did with Disney. I do think there is a legacy about having played Kim Possible that means a lot to me still. I think a lot of women have grown up thinking they can do anything because of that character and I'm encouraging my daughters to watch it for that same reason.

SH: What do you think surprises fans most about who you are in real life, versus who your characters were?

CCR: I think people are encouraged by my journey from having certain ups and downs. I've written about these things in the past but overall, I'm very open. I'm in a pretty great place with my family and I'm super grateful for everything that I have and also everywhere that I have been.

SH: How is it collaborating and working with your husband on Bucket List Bistro? Where did the idea for this series come from?

CCR: I adore working with Brendan. I think he's such an amazing partner. He's a great listener, he's very creative and we are a wonderful team! Bucket List Bistro was partly his idea and partly mine. He came up with the title and I came up with the concept because I love throwing parties and we can't do anything while in quarantine, so I've really been enjoying going to different places through the episodes. 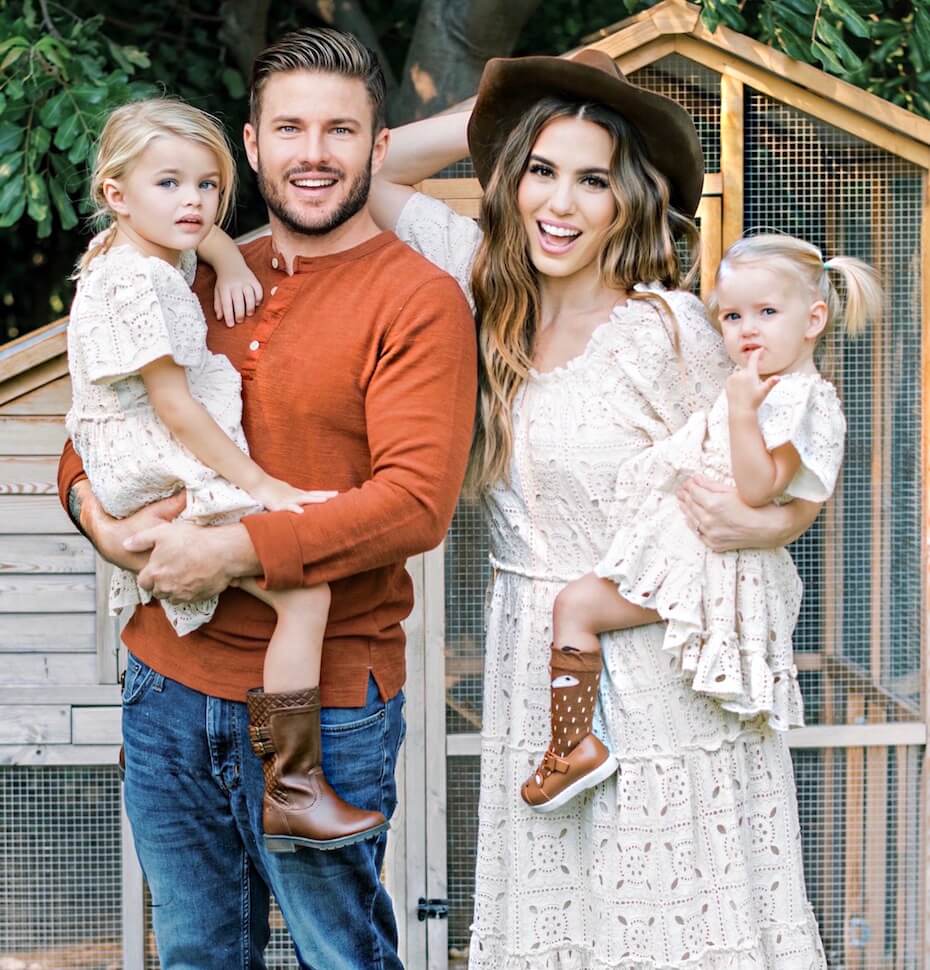 SH: Where can people find you on social media?

Love all things Disney? Click HERE to find out which Disney Channel character you are, based on your zodiac sign.