Chuchel Is a Super Weird Comedy Game About Pursuing Fruit, and I'm Obsessed

Chuchel is without a doubt the strangest game I've played so far this year—and I mean that in the very best way. 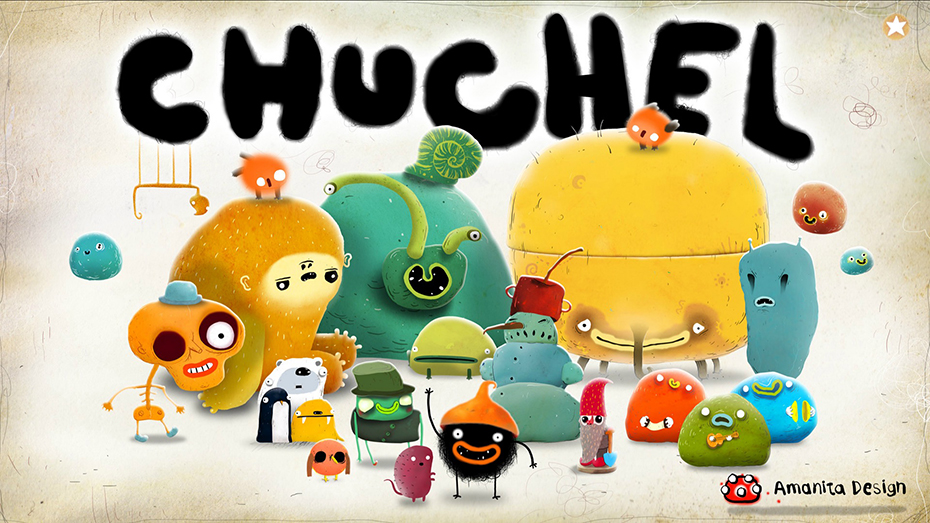 It's a Czech game from Amanita Design, starring an adorable, orange hat-wearing ball of hair and dust named Chuchel, and the moment I saw a trailer, I knew I had to get my hands on it. The company sent me a Steam code, sending me on my odd little journey.

Essentially, Chuchel is a point and click adventure that takes place within a truly bizarre interactive world. It's difficult to describe Chuchel's strange charm. There's something warmly childlike, yet demented about it. While the game never feels sinister, the characters and settings are certainly off-kilter, like a show for toddlers gone slightly awry. For whatever reason, the style perfectly complements the gameplay. It's as beautiful as it is bizarre. Check out the trailer to see what we mean:

The game opens on a screen of the titular Chuchel dozing away in a cardboard box in the middle of an odd room. Above him, two birds perch on branches while a green man with a bowl for a head dangles his feet. There's also a green elephant in the room with eerily glowing eyes, plus speakers, a garden gnome, a television set and an alarm clock. 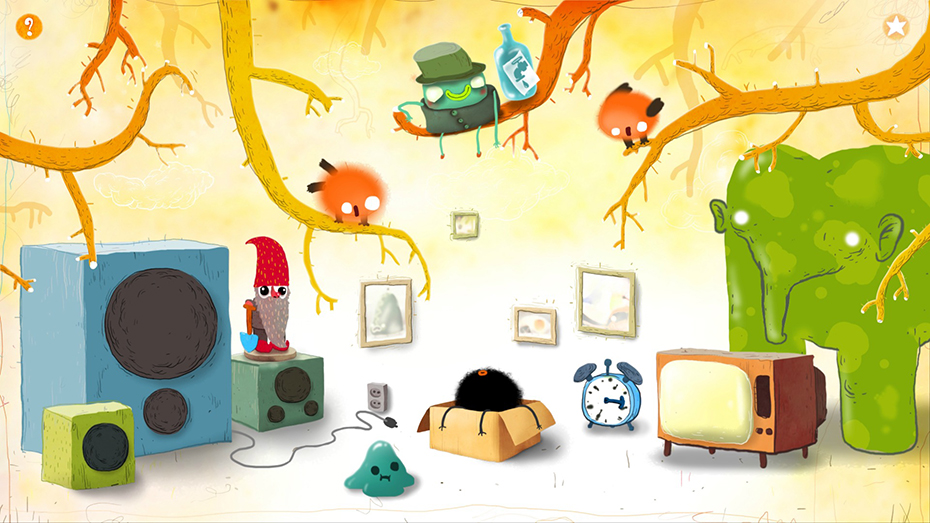 It appeared that my goal was to wake the sleeping Chuchel, so I started clicking on things. I tried the speakers, clock and TV, but as loud as they were, Chuchel immediately turned off each one. I thought the elephant's blaring trunk would do the job, but Chuchel managed to shove the alarm clock up its nose, shutting it up without even opening his eyes.

I struggled for a while, clicking on everything in this opening scene, and eventually the game prompted me with a clue—a photo of the green man drinking water through his mouth before it poured out through the big hole in his head. I had clicked on him before, but his hat blew off and landed on the head of the orange bird to his left, so when he guzzled down the water, it bounced right of the bird's hat. 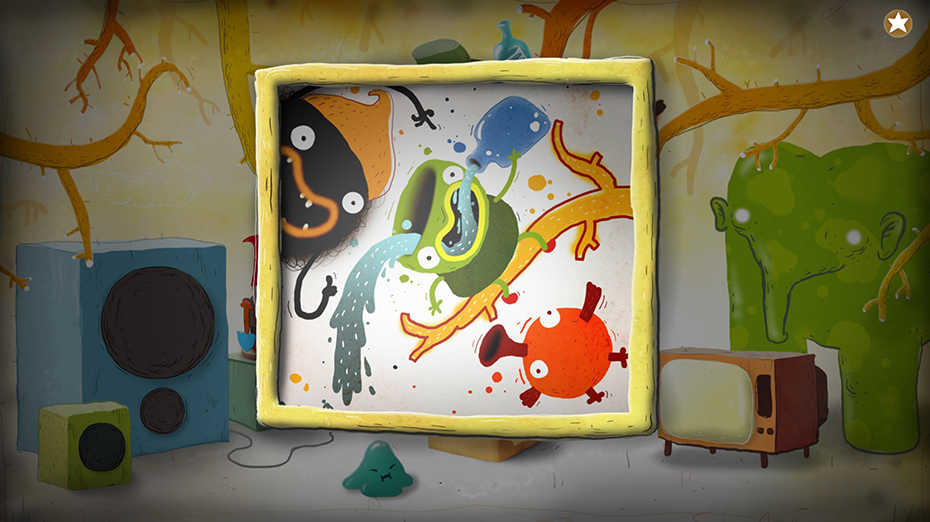 This time, neither he nor the bird were wearing a hat, so the water fell to the bird, who drank until he got so full that he fell off the branch and into Chuchel's mouth, finally waking him. Eventually, this set off a wild chain reaction resulting in a giant, ape-like hand, dangling a huge cherry above Chuchel, and eventually carrying him away. This game is all about understanding cause and effect to get the results you need.

This was only the first of Chuchel's strange levels, and while it certainly set the scene, it was far from everything the game had to offer. I'd soon discover that collecting this cherry would be Chuchel's goal for the rest of the game. It's all about his pursuit of this tempting fruit that always seems to remain just out of touch. 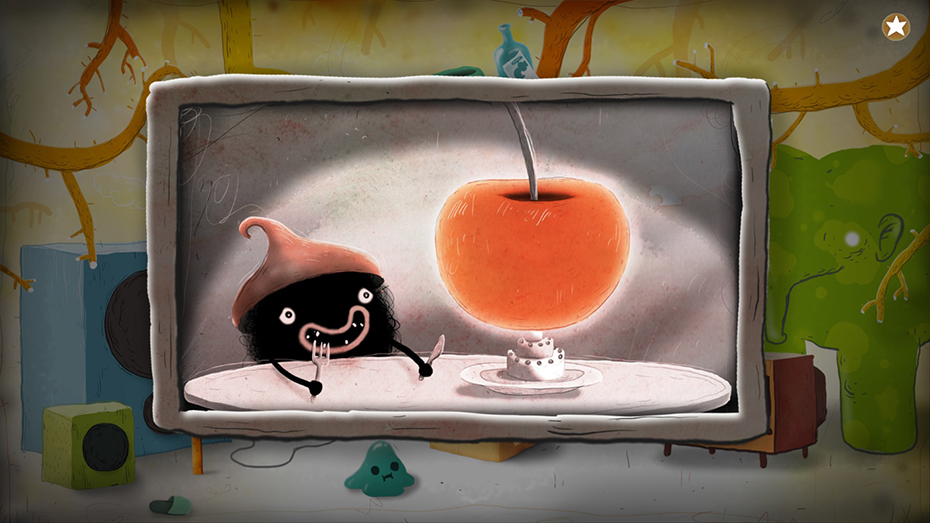 In addition to the giant furry hands, which show up time and time again to snatch the cherry away just when Chuchel has it in his grasp, Chuchel must contend with a hairless rodent-like creature called Kekel, who seems to want the cherry just as badly. Often, they're fierce rivals, but they're willing to work together when it's the only way for them to reach their shared goal. 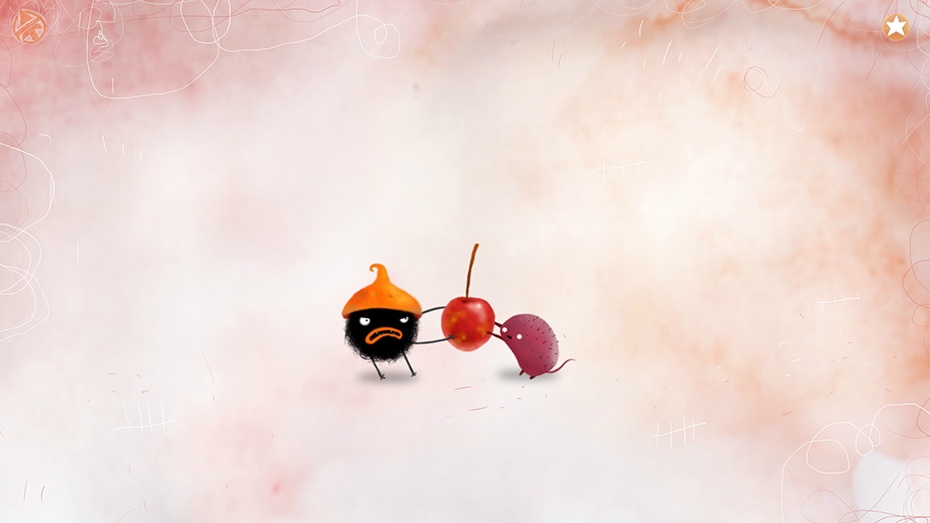 The game consists of 30 strange logic puzzles with no dialogue or text. Sometimes, clicking on something will reveal multiple options for Chuchel. Should he shake the tree or scale it? You'll want to try everything, even when most of your attempts go horribly wrong. 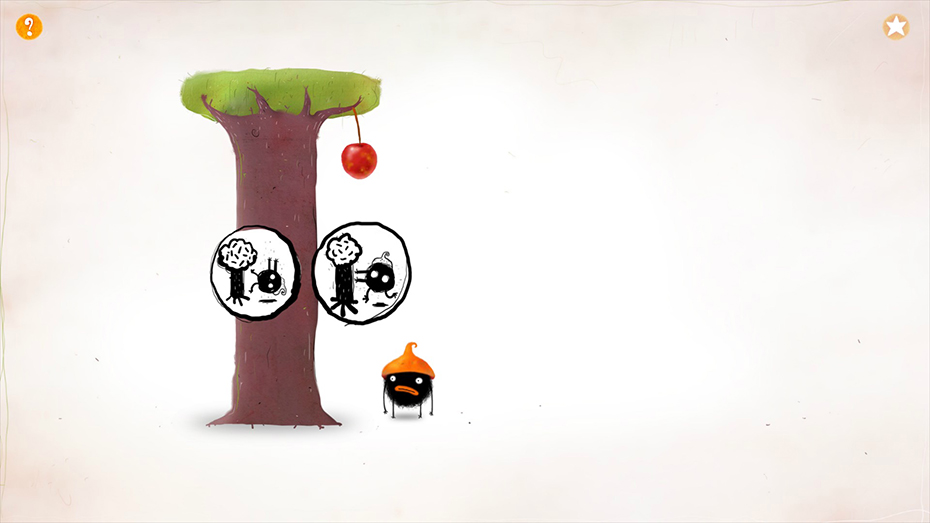 It's not possible to die in Chuchel, and you only really fail if you give up entirely. Every time you don't make progress, you're one step closer to understanding what does and doesn't work. And you won't ever get completely stuck for too long, because after a while a hint will pop up giving you some insight into what to do next.

Thanks to its great characters, incredible soundtrack and innovative levels, Chuchel never threatens to get boring or repetitive. There are logic puzzle sections where you have to outsmart all kinds of strange creatures, shooter segments where Chuchel spits ink at objects out of a long straw, Flappy Bird-like segments where you navigate on the back of a bird across a sky of flying blobs, and even an arcade area where you play unique variations of Pac-Man, Space Invaders and Tetris. 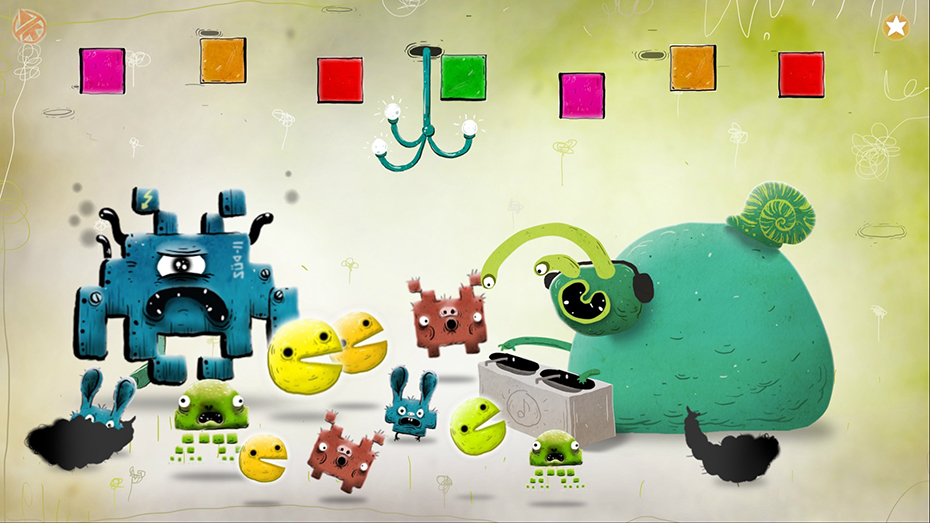 Chuchel is also an extremely likable character. He's impatient, easily angered and not always super bright, but he never, ever gives up. And because you control him, you're always rooting for him to succeed, even when he fails again and again. It's like a Wile E. Coyote and Road Runner cartoon, but this time, you are the coyote. As Chuchel gets more upset that he hasn't gotten the cherry, so do you. 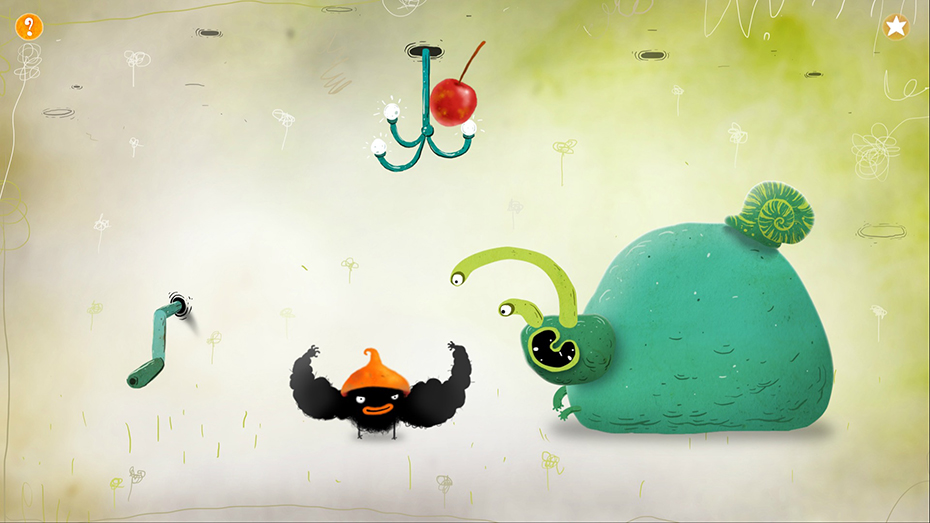 The game's music is as quirky as it is atmospheric. The entire soundtrack is by Czech alternative rock band DVA. It blends everything from electronic sounds to banjo and guitar music backed by energetic percussion and kazoo sounds, plus all kinds of strange nonsense vocals. It's lively, always strange and very hard to resist.

The sound design is just as great. Of course, most things Chuchel can do come with their own wacky sound effects, and there's a musicality and rhythm to pretty much every action within the game. While Chuchel might never make you laugh out loud, we guarantee it'll make you crack a smile again and again.

The game is spread across 30 captivating levels, and though the whole thing can be completed within a couple of hours, I think it's entirely worth the journey. If you like to have your brain teased and your weirdest sensibilities tickled, you're going to love Chuchel.

Chuchel releases tomorrow, March 7, for Steam on PC and Mac for $9.99 and will come to Android and iOS devices later this year.

If you're looking for more games to add to your library, click HERE for our thoughts on Florence, the gorgeous game about love.