The Nickelodeon original movie Swindle premieres tonight! We met up with Swindle and Big Time Rush star Ciara Bravo to learn a little bit about the film and get to know all about her character, Melissa! 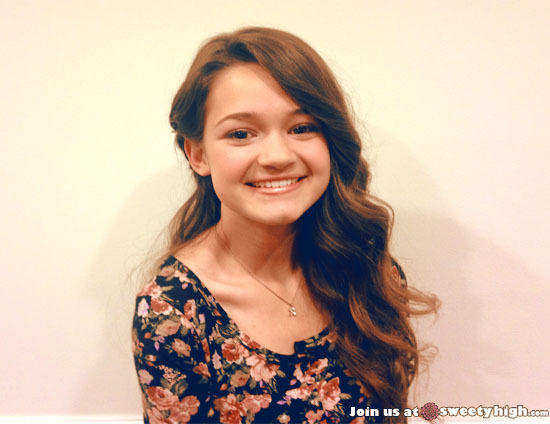 "Swindle is a movie about these two kids who get swindled out of this baseball card," Ciara explained. "One of them, who actually plays my older brother Griffin creates this group of teens – this team essentially – and we go back and we win the card back fair and square."

In the film, Ciara plays the tech-savvy Melissa Bing.

"She is the one who deals with all of the hacking and all of the technology," Ciara said.

Throughout the film, Melissa tampers with elevators, remotely disarms alarms, and more to help the ragtag bunch recover the stolen baseball card.

"He can talk his way in and out of anything, and he's got people all over the place who owe him deals," Ciara explained.

"Chris O'Neal's character is the nerdy kid, who originally gets swindled out of the baseball card," Ciara said. "He's always nervous and trying to talk everyone out of doing things."

Jennette McCurdy, best known as Sam Puckett on iCarly and Sam & Cat plays Savannah, an actress who contributes to the group by acting out the roles of different characters to create diversions.

"She's the one doing all the flips and intricate maneuvers that none of us can do," Ciara said. "She's the one flipping and flying around."

But what would Ciara do if she was the one to track down the million-dollar baseball card?

"Well I'd have a panic attack first," she said. "What do you do with a million dollars? What if you accidentally lose it? That's terrifying, I lose everything."

Ciara said she doesn't see herself hanging on to a million-dollar baseball card.

"I don't really collect baseball cards so I feel like someone else would have more of a use for it than I would," Ciara said. "I'd probably sell it, and then save the money."

We absolutely can't wait to see these great characters in action when we tune in tonight![jwplayer mediaid="18567″]