A Definitive Ranking of EVERY Classic Flavor of Pop-Tarts

Pop-Tarts are the ultimate breakfast food.

Sweet and savory all at the same time, these delicious little pastries are the perfect sugary way to start your day.

But not all Pop-Tarts are created equal. There are so many yummy options to choose from, but which delicious flavor outdoes all the others? We have the answer, so keep scrolling for a definitive ranking of every classic frosted flavor of Pop-Tarts.

It's really hard to mess up what's basically a pure chocolate Pop-Tart, but somehow Chocolate Fudge just doesn't taste right. We're not exactly sure what's off, but it doesn't have that creamy goodness that we expect from a chocolate-fudge combo. It's a little bland, and the filling doesn't mesh as well with the chocolate crust as some of the other flavors. We would still eat them, but we're definitely a little disappointed. 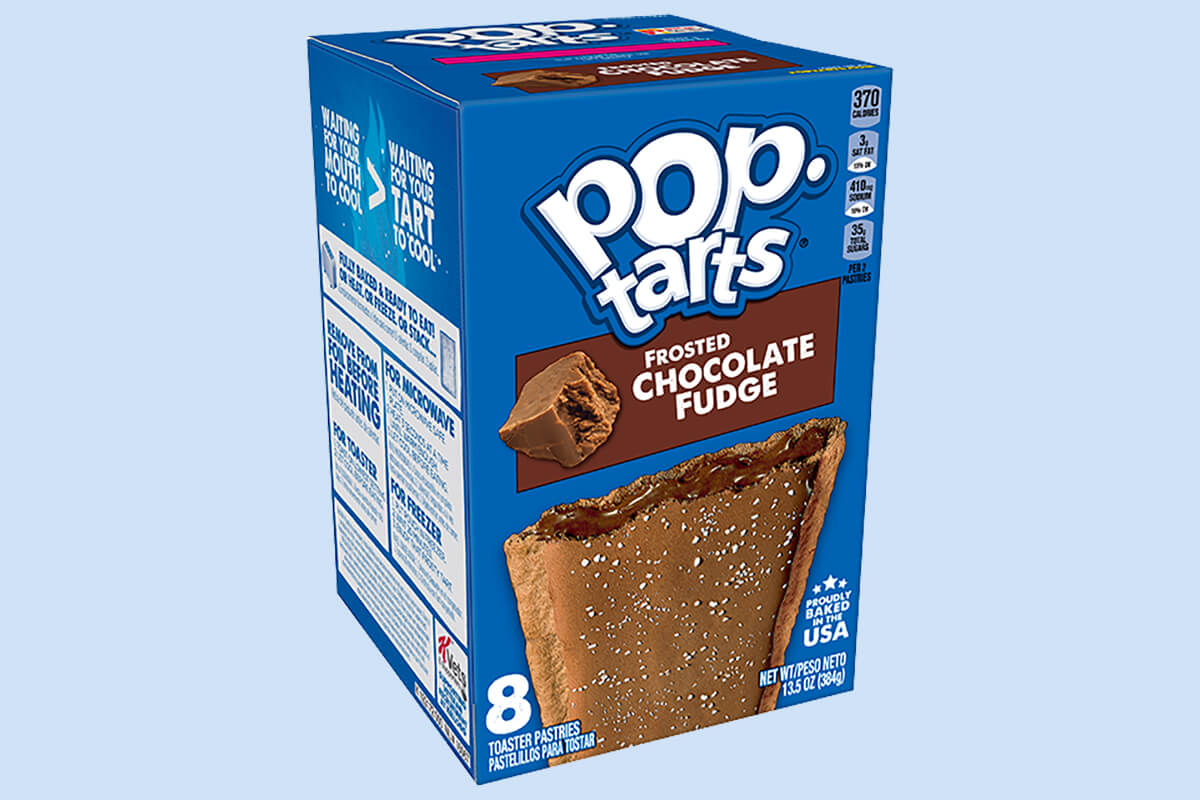 Strawberry is a classic Pop-Tart flavor, but honestly, we're pretty unimpressed. It's a little bland and it tastes a bit too artificial, which then makes the golden crust dry and unappealing. It's hard to enjoy the fruity flavor when it just doesn't taste real, which pushes Strawberry way down on our list. 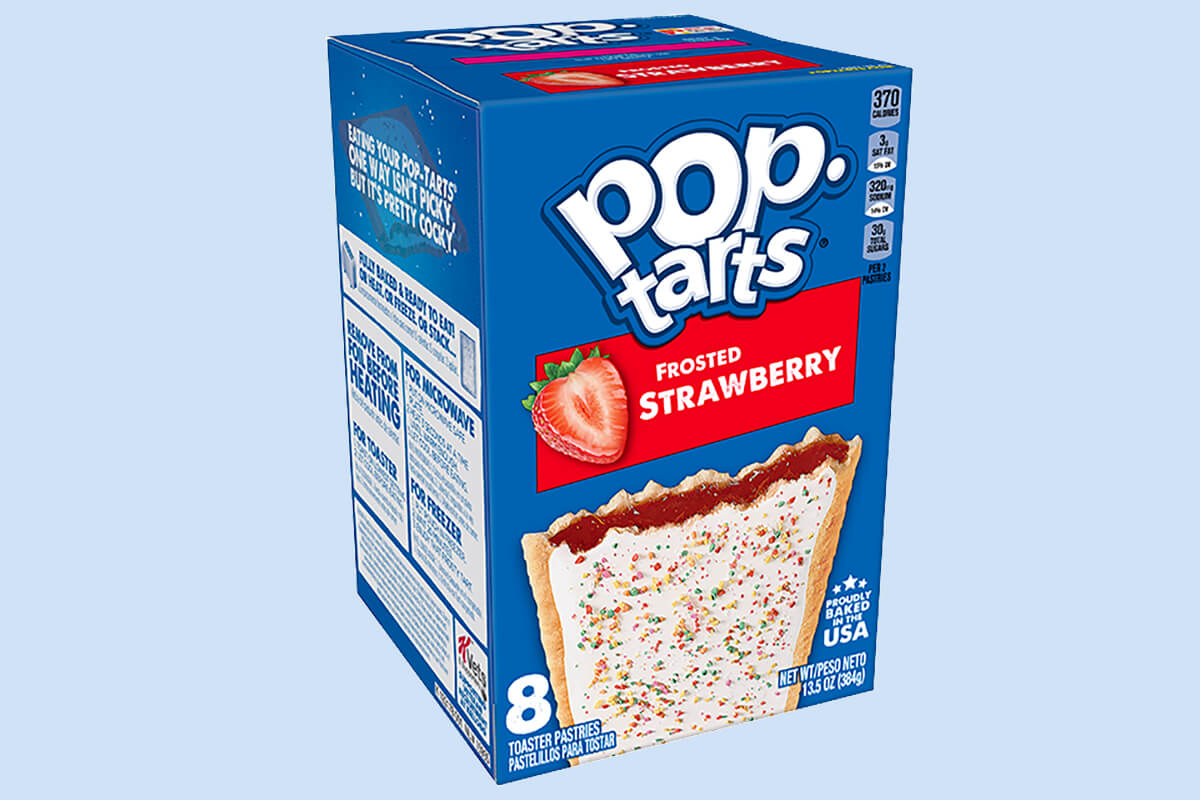 While we like the fun look of this Pop-Tart, Confetti Cupcake is just too sweet. It's hard to tell if it really mimics the flavor of a vanilla cupcake because everything gets drowned in a very cloying and overwhelming sweetness. We like sugar, but we don't like it that much. 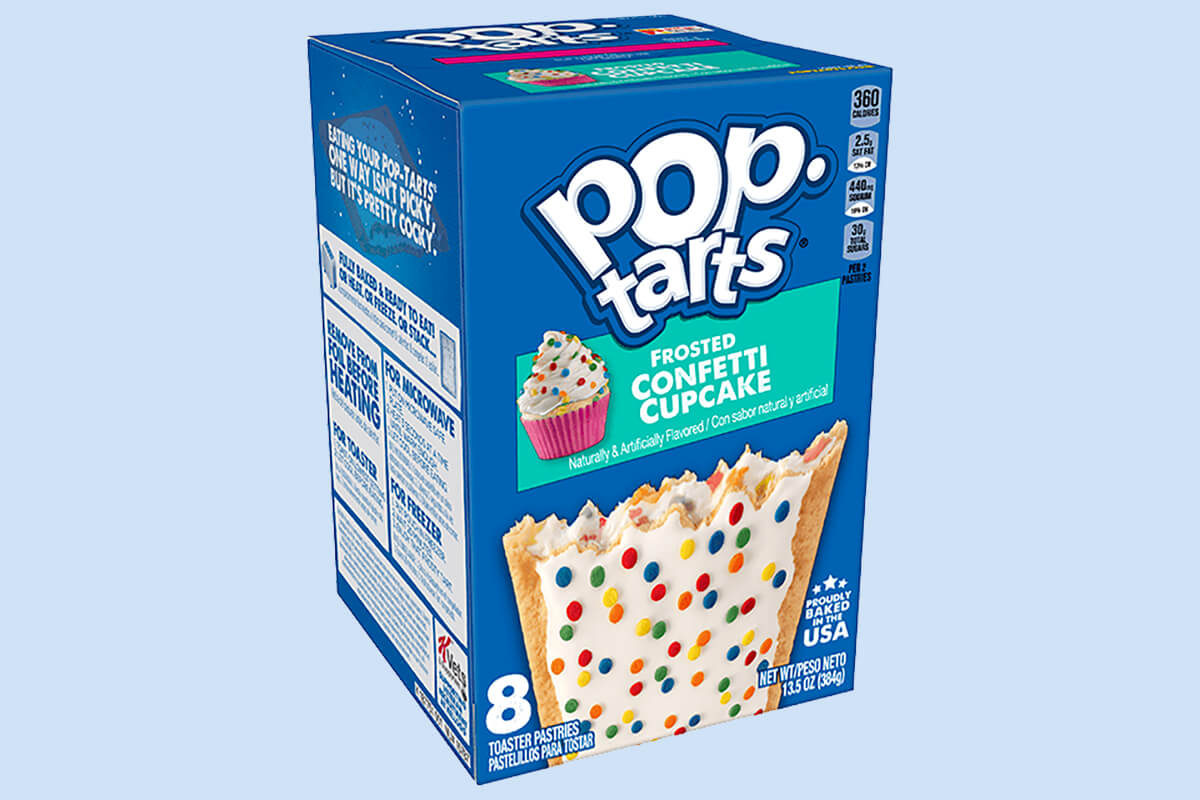 Much like Strawberry, the Blueberry Pop-Tart is just fine. It's not bad, but it's not great. It's a little more flavorful than the Strawberry (hence the higher ranking), but it's still pretty artificial tasting and just overall "meh." 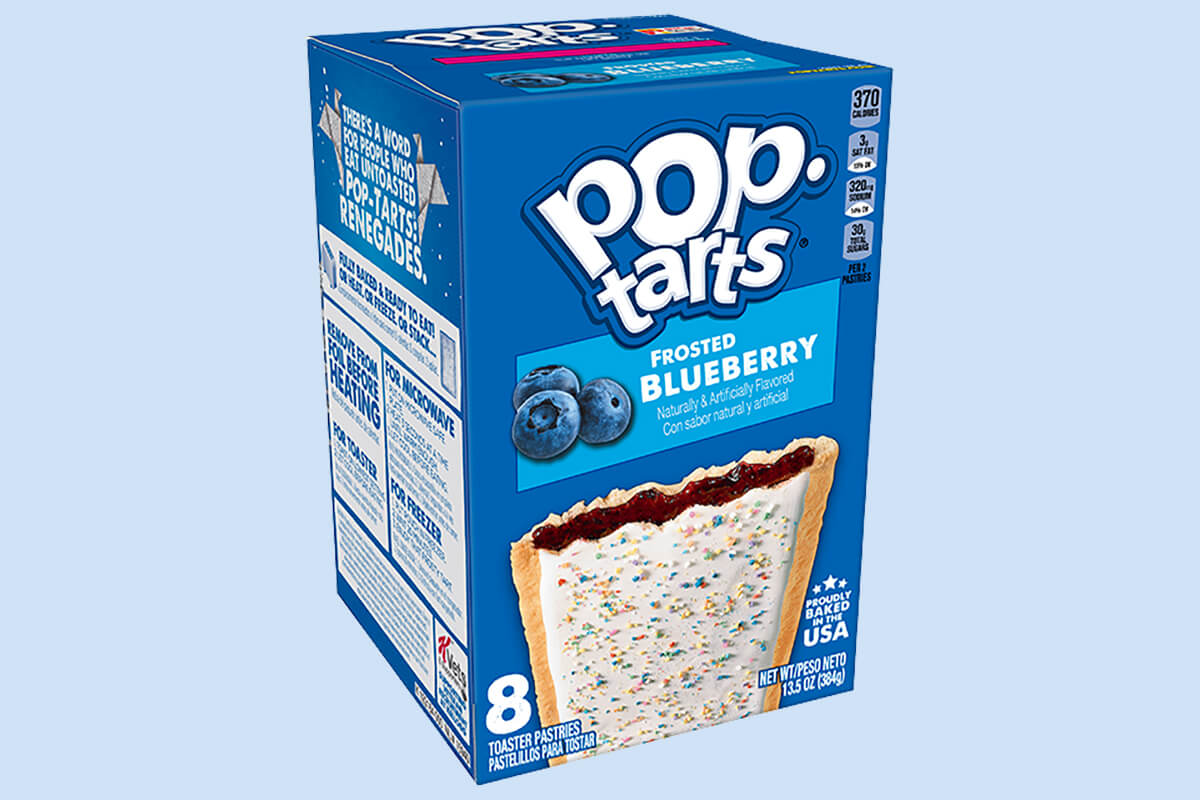 Cherry-flavored treats can sometimes have a tendency to taste a little medicinal, but that isn't the case with the Cherry Pop-Tart. It's sweet and tart, and it does taste like real cherries, which is all you can really ask for from this classic Pop-Tart. 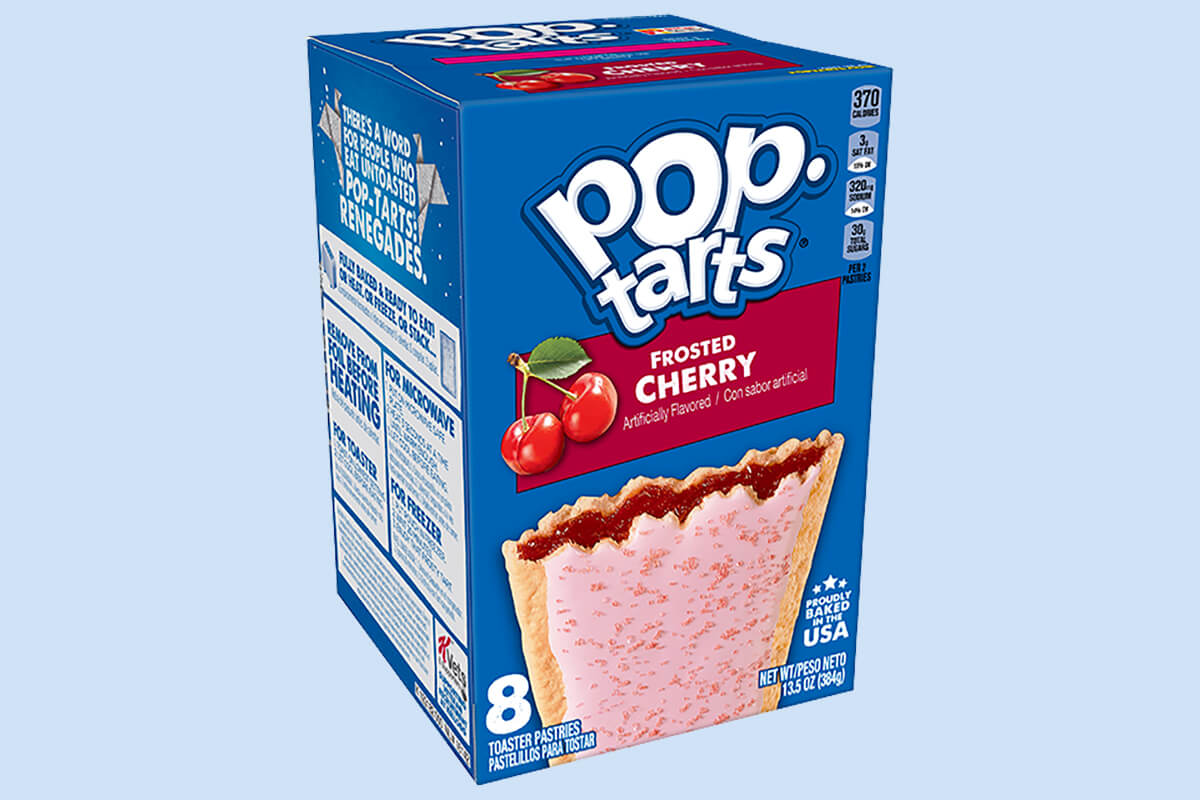 If you couldn't already tell from the name, the Wild Berry Pop-Tart is definitely the most extreme flavor option. With bright purple and blue frosting and a red berry center, it's understandable that you'd expect a lot of flavor from this Pop-Tart. And while it definitely has a nice berry taste that's both fruity and delicious, it's not quite as "wild" as we would hope. Still, it's a perfectly delicious and respectable choice. 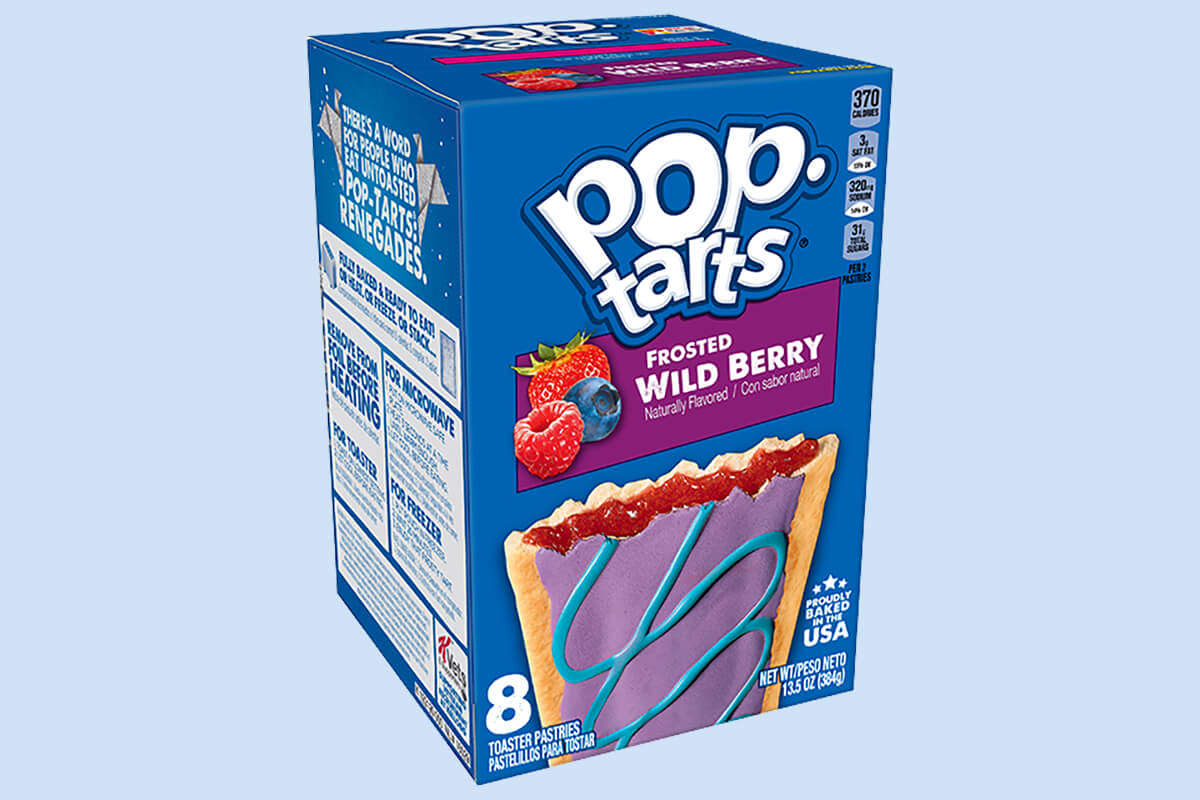 Honestly, we think this flavor is delicious. It has a chocolate crust and a delicious filling, and it's topped with sprinkles—what's not to love? Unfortunately, we had to push it lower on our list because it doesn't necessarily taste like a hot fudge sundae. There isn't much in this Pop-Tart that's truly reminiscent of the creamy, ice cream-based dessert. In fact, it can sometimes taste like a close cousin of Cookies & Creme. We still love it, but it doesn't live up to its advertised flavor. 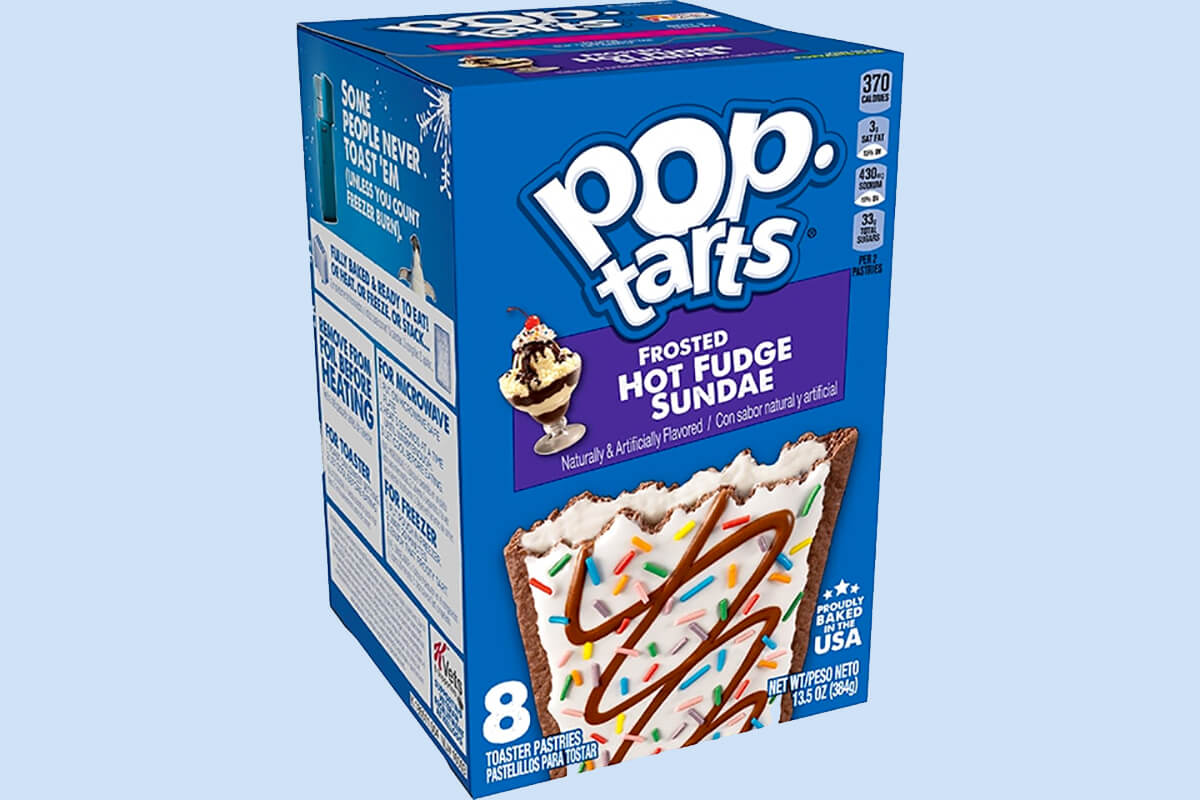 Also read about: A Definitive Ranking of BJ's Restaurant's Pizookies

Take notes, Chocolate Fudge—this is what we want out of a chocolate flavor. Even though Chocolate Chip is made with a golden crust, it still features chocolate as the main flavor. The inside is just bursting with ooey-gooey filling, which totally makes up for the fact that this pastry isn't fully frosted. It's like digging into a Chocolate Chip cookie, making its simplicity one of the major appeals of this flavor. 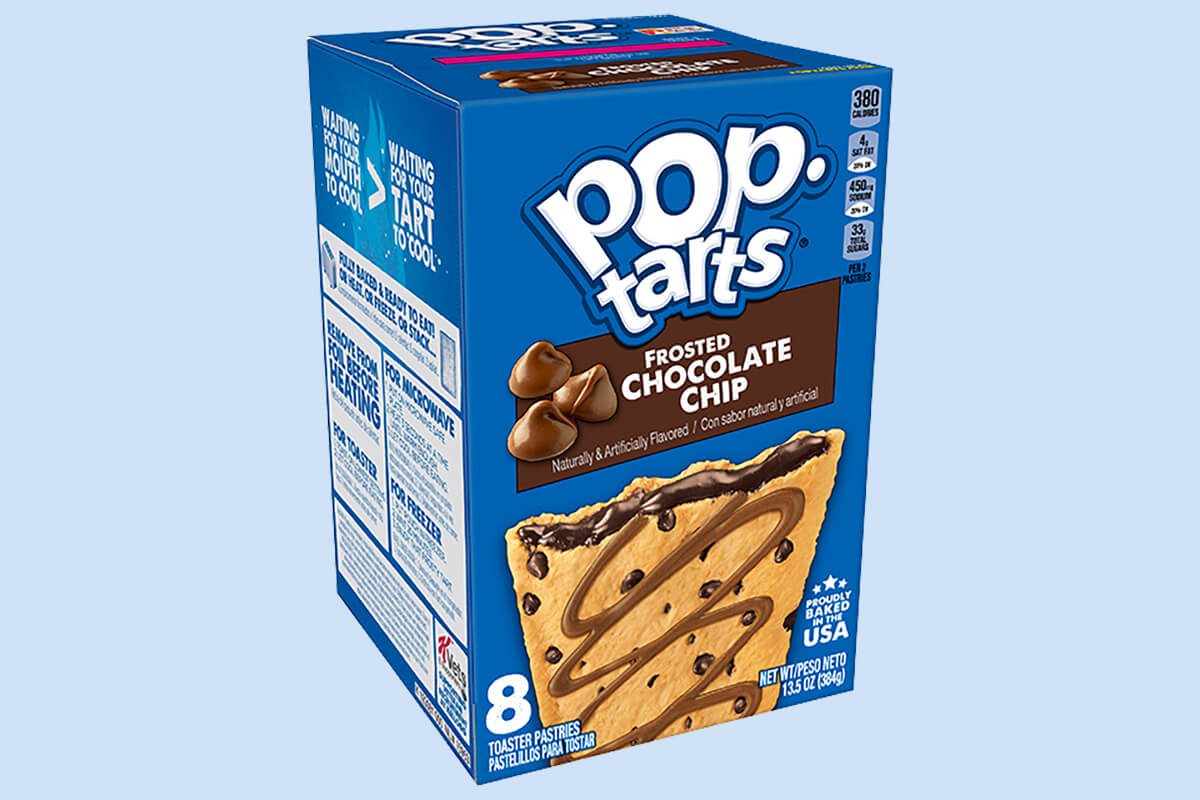 In general, we're not as big on the fruity Pop-Tarts, especially in comparison to their more flavorful chocolate and bakery counterparts. However, Raspberry is the one exception. The actual flavor of Raspberry is just slightly muted, making it more complex than the other fruity Pop-Tarts. It tastes the most like actual fruit, and it has a delicious frosting and filling that's the perfect balance of tart and sweet. 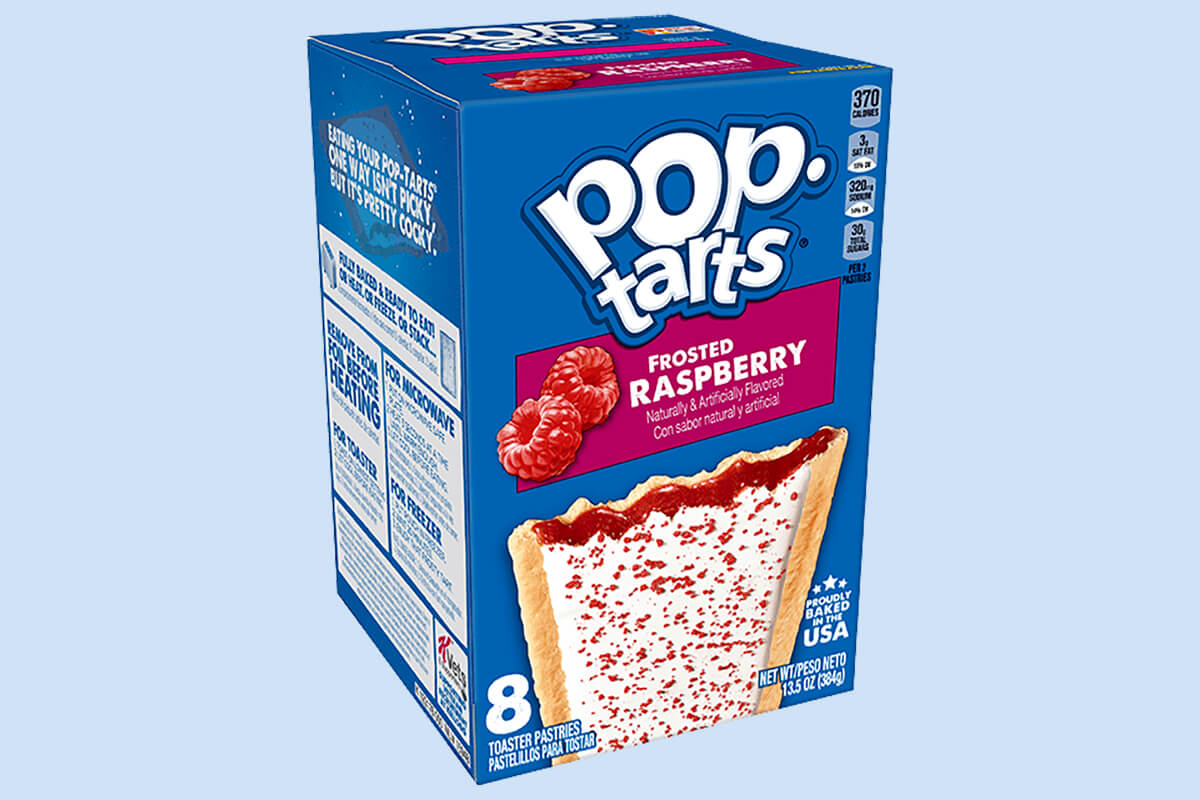 Brown Sugar Cinnamon is easily one of the most beloved flavors of Pop-Tarts, probably because it tastes exactly like digging into a freshly baked cinnamon bun. The golden crust perfectly balances the sweet filling, creating a flavor combination that you could dig into any time of day. 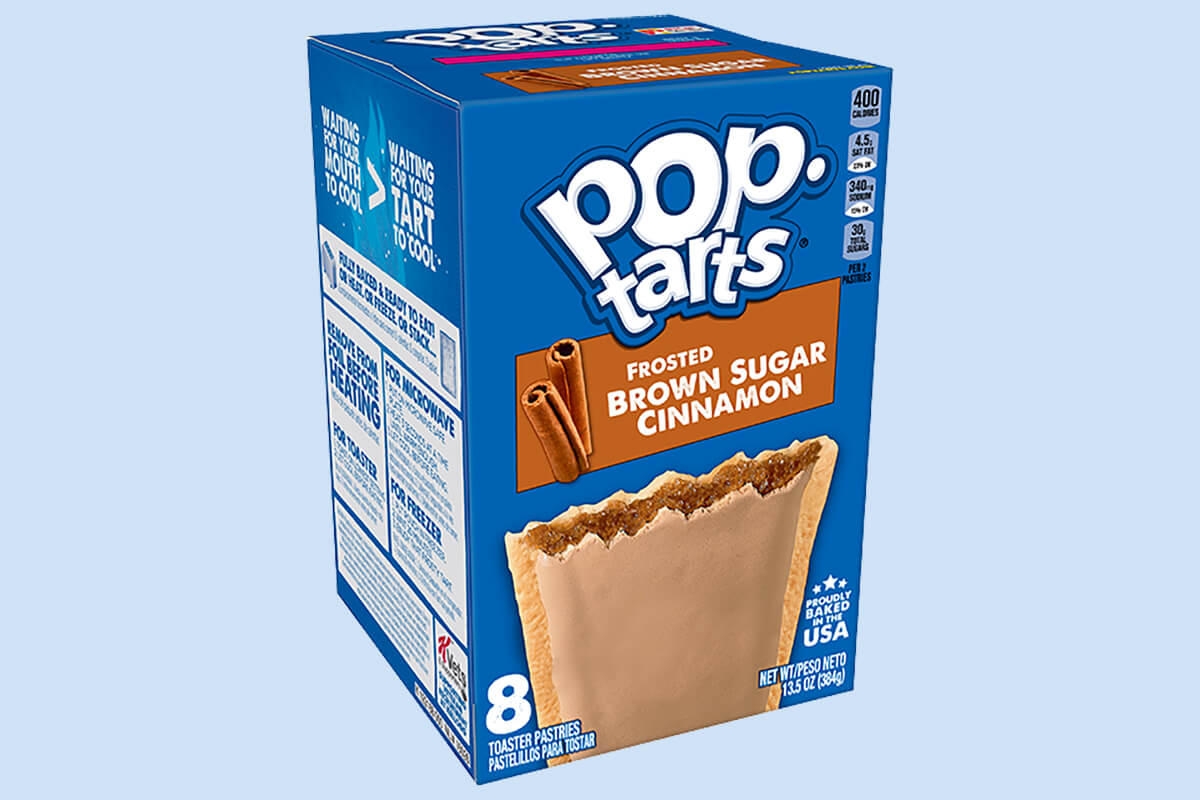 Cookies & Crème is a classic flavor for any sugary treat, but that doesn't stop us from falling in love with these yummy Pop-Tarts. They have a decadent dark chocolate crust and an Oreo creme filling that we adore, and they always seem to strike the perfect balance of frosting on top. Cookies & Creme are sweet without being overpowering, making this tasty treat one of our favorite flavors of Pop-Tarts. 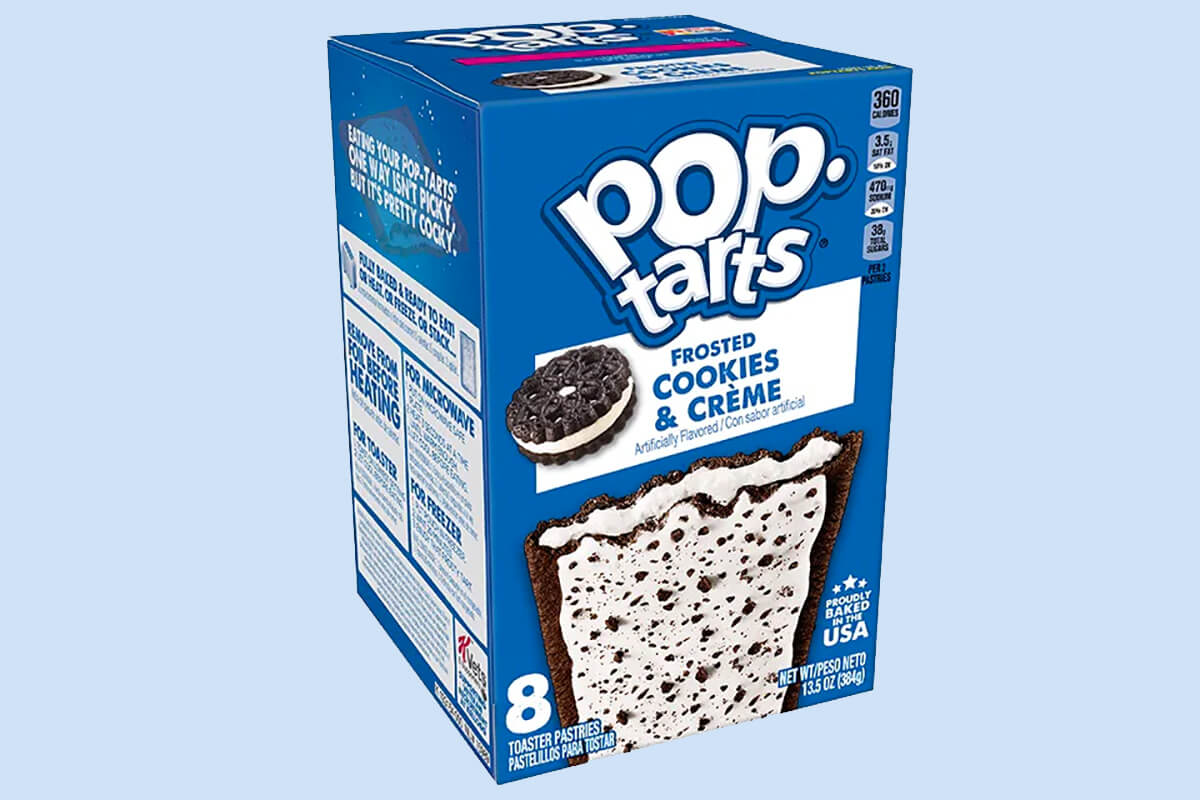 S'mores are undoubtedly the best flavor of Pop-Tarts. The gooeyness of the marshmallows and the creaminess of the chocolate are perfectly combined to create a delicious treat that we want to eat again and again. It tastes exactly like sitting around a campfire and creating your own s'mores, without the messiness of roasting (or more likely, burning) your marshmallows and getting chocolate all over your hands. S'mores Pop-Tarts taste like pure happiness, so they're the obvious choice for the ultimate Pop-Tarts champion. 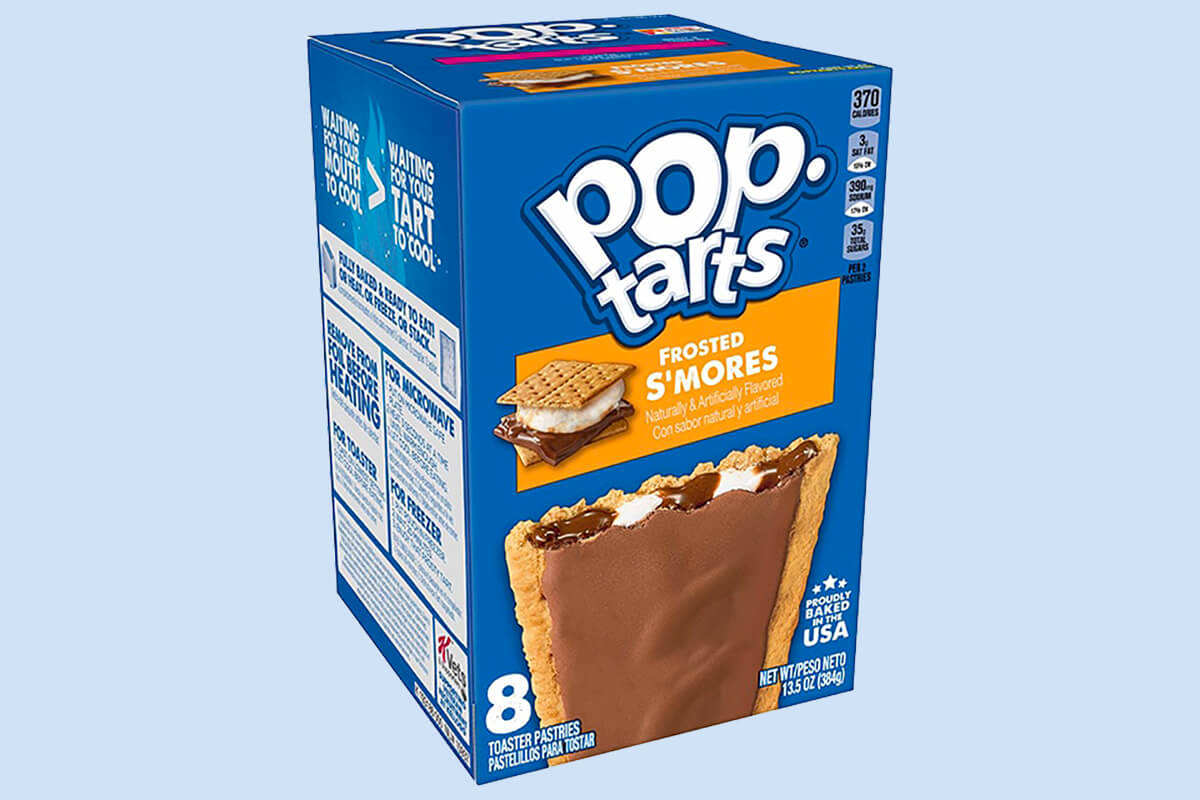 Wondering what the stars might have to say about your pastry preferences? Click HERE to see if we can guess your favorite Pop-Tart flavor based on your zodiac sign.