Claudia Lee is one of the incredible actors in the star-studded new high school comedy film The Outcasts.

The hilarious movie is a new take on the classic struggle between popular kids and outcasts, with a lot of heart thrown in for good measure. We chatted with Claudia herself to find out what it was like to film The Outcasts and how there's something in it for everyone.

Sweety High: How did you come to be a part of The Outcasts?

Claudia Lee: My friend introduced me to the script. She was originally attached to play the character Jodi and thought it would be really fun to work together. I didn't really think anything was going to come of it, but when I read the script I was blown away by the fact [director] Peter Hutchings had created such a relatable and honest and real world for a young adult audience. Everything revolved around that and I was very eager to be part of the project no matter what. After that, Peter and I spoke and I guess it was all meant to be because now we're here in 2017 and the film is coming out.

I believe the story is about friendship and its up and downs, how difficult it can be to stick up for yourself and losing yourself trying to be someone you're not. I really think the good outweighs the evil in this story.

SH: Tell us about your character, Whitney.

CL: Whitney Bennett is a very polished and poised person on the outside, but inside her world is crumbling and her behavior is a reaction to all the chaos that's happening in her life. She isn't really the person that she lets on and is constantly fighting with her true self. She doesn't want anyone to see her fail because failure is the worst thing she could ever endure and she feels she has to be perfect. She puts a lot of pressure on herself and because of that pressure, other people around her expect a lot more from her, too. 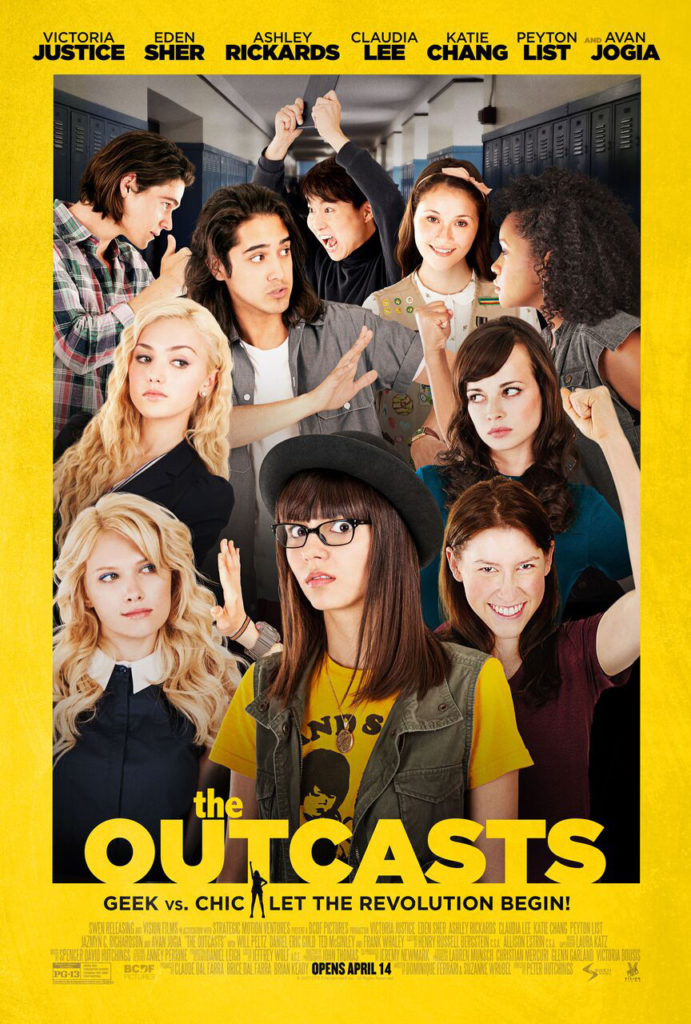 SH: How has your own high school situation compared to The Outcasts?

CL: I actually attended a real high school while I was filming the TV show Surviving Jack. I would try to go as often as I could, but I spent practically all of my school days on set.

I wasn't able to have a typical high school experience, but my most "real" high school experience was in middle school in Indiana. My middle school was attached to the high school, so it was seventh and eighth grades attached to the older kids' campus. I had a really tough time. The school was very athletics-driven, and although I was an athlete—I played soccer, ran, danced and swam—I was a theater kid as well, so I stuck out like a sore thumb. I didn't really have the best of experience but I have to say that going through it made me a better person and allowed me to find more compassion and empathy within myself for what I went through. It made me stronger. 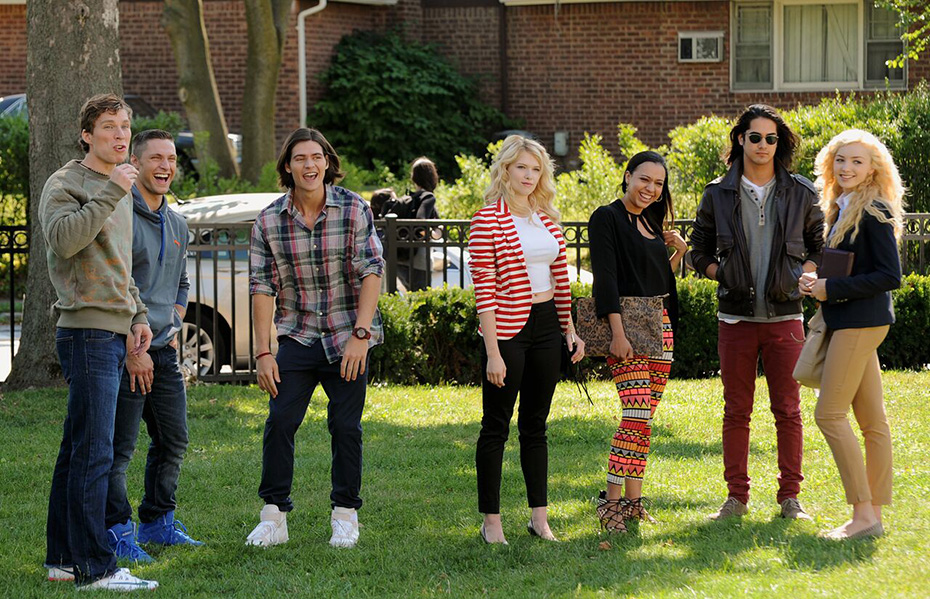 SH: What was the craziest thing that happened on set while you were filming The Outcasts?

CL:  We shot this back in 2014, and one of the craziest things happened when we were shooting on set in Great Neck, New York, which is like 20 minutes from New York City. We were in this very small town where word travelled fast that Victoria [Justice], Avan [Jogia], Peyton [List] and the rest of the cast were filming, because they have huge followings thanks to the Disney Channel and Nickelodeon.

We filmed at a huge school, which we rented out for the entire summer while we were shooting. We would turn corners in the hallway and they'd be full of swarms of teenage girls waiting to take photos of everybody. All those kids in that town wanted to hang out and support us while we were filming when we were outside, and that was really cool. There were also a couple of crazy thunderstorms that could have brought tornados there while we were shooting, and that was kind of crazy. 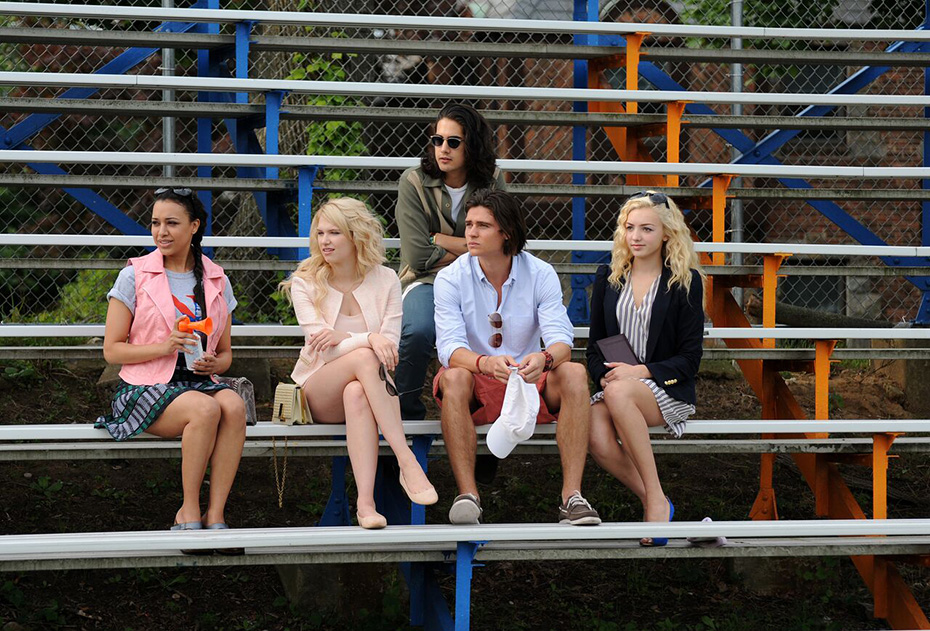 SH: The Outcasts has a great cast and it must have been great to be a part of it! What were your most memorable experiences with them?

CL: I really had a tight one-on-one bond with everybody, but because I was like Peyton's big sister on the shoot, we had so much fun and really bonded. Our financier has a beautiful place up in Woodstock with all these gorgeous animals. I guess the craziest thing was when Peyton received a bunny that grew up to be way bigger than a bunny. She's a big rabbit named Paw. We really bonded around the time of Miley Cyrus' "Wrecking Ball," and from that we wound up calling each other "bralls." We had our little nicknames and it was fun. 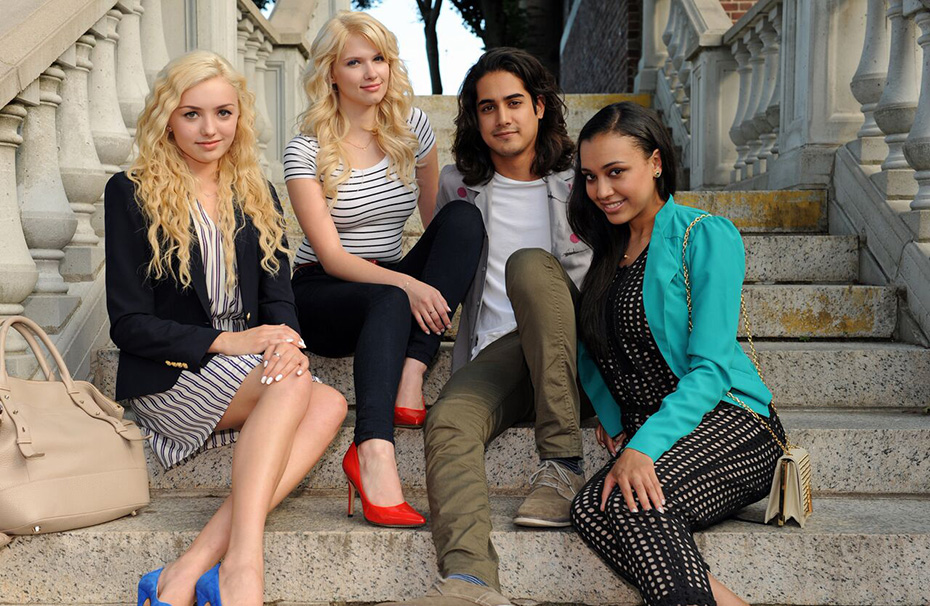 SH: Why should our readers check out The Outcasts?

CL: They will love it because I think they'll be able to relate with the story no matter what. I feel like we've all been in that situation in school and in life where we don't want to take the mean, nasty or harsh things that we're given and we want to change it for the better. A lot of people deal with bullying and complicated friend situations.

I think it's relatable because it's honest and it's real. People don't make a lot of films with these relatable, real vibes. People appreciate that honesty. And it's fun. Everyone has gone through a moment where friendships change and your friends aren't really who thought think they were and you question them. It's a test of your friendship as well.

I'm really proud of the film and all of our work. We had a really great time making this project and I think you can see that onscreen. But no matter who our characters were onscreen, offscreen we all had a great time. We've enjoyed making this story for our fans and everyone who's going to watch it because it has a beautiful message and I think there's something in there for everyone—parents, children, the bullies who can learn from their mistakes and the underdogs waiting to take what's theirs and make the world a better place. I think that's what's so special about our film.

For even more on acting and friendship on set, click HERE to read our interview with the cast of A Cowgirl's Story.