Cleverfy Beauty Shower Steamers Give You the Bath Bomb Experience, Without the Tub

I've used plenty of shower steamers in my time, and while I've always likened them to bath bombs for the shower, the comparison isn't exactly one-to-one.

A lot of the shower steamers I've used have been on the more clinical side, with almost medicinal herbal scents that are good for clearing sinuses and getting rid of congestion, but aren't exactly fun. However, Cleverfy Beauty is out to do something a little bit different with their colorful and vibrant shower steamers, and when the team behind the brand asked me if I'd like to try them out for myself, I couldn't resist the opportunity.

Cleverfy Beauty specializes in unique and colorful shower steamers with playful scents that focus on aromatherapy without feeling like medicine. They offer eight sets of shower fizzies with each containing six steamers that release aromatherapeutic oils in the air when placed in the shower, just out of the direct stream of water.

Their steamers are vegan, cruelty-free and safe for all septic systems, with prices ranging from $14.99 to $19.99 for a set of six. For my review, I received the Purple Set, retailing for $19.99 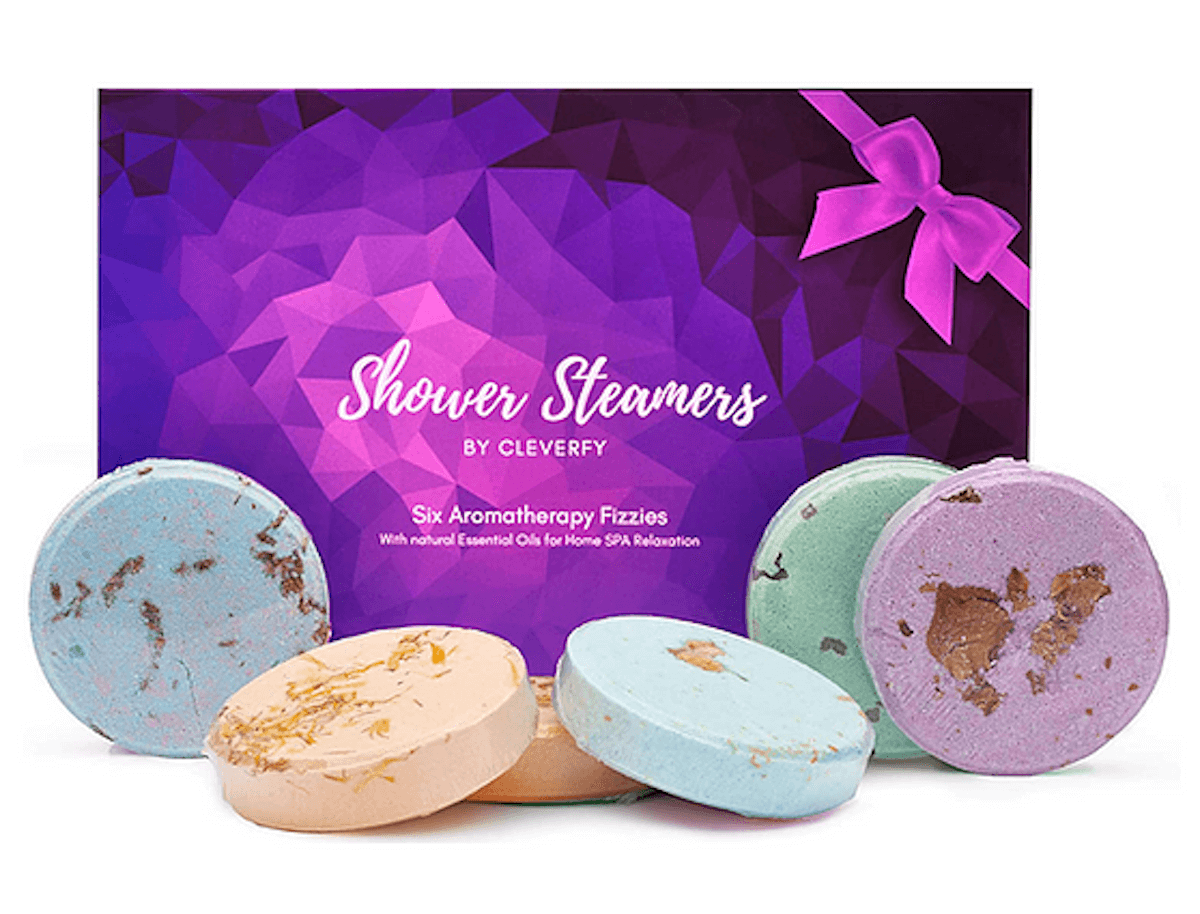 When it came to testing out my Cleverfy shower steamers, I decided to start with the scents I was used to, and work down to the ones I found the most innovative and unusual. That meant starting with Menthol & Eucalyptus, a green steamer with purple accents. They all came labeled in a purple box with descriptions for use, and this one said it was for fighting respiratory problems and enhancing concentration.

As I started my shower, I popped this fizzie out of its plastic and put it on the floor of my tub, not directly under the stream of the shower but where the splashing water would just reach it, and immediately the air filled with the slightly minty and astringent smell of menthol and eucalyptus. However, where some shower steamers can be slightly overwhelming with the way their scent opens the lungs, I found this one uplifting and refreshing. My chest felt open without it feeling like I was taking medicine for it. I loved how refreshing and stress-reducing the shower was with the scent, and though it had fully dissolved after about five minutes, I was already looking forward to my next shower. 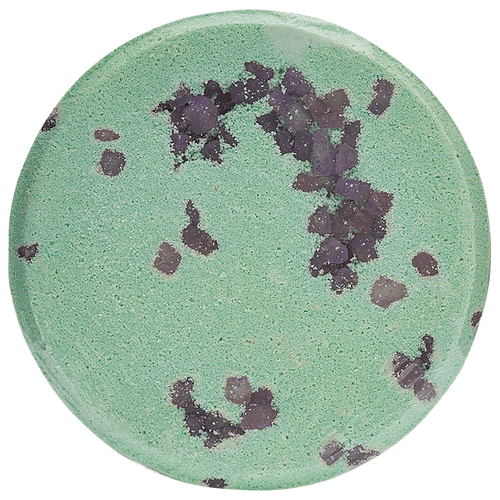 After having such a good experience with the Menthol & Eucalyptus steamer, I had high expectations for Peppermint, and it did not disappoint. This soft blue steamer with yellow accents was used precisely the same way, but this time, it infused the air with a hint of gentle and cooling peppermint. In aromatherapy, peppermint is used as a cleansing refresher and to get rid of headaches, and indeed, this steamer left me feeling calm yet focused and ready to take on the day. 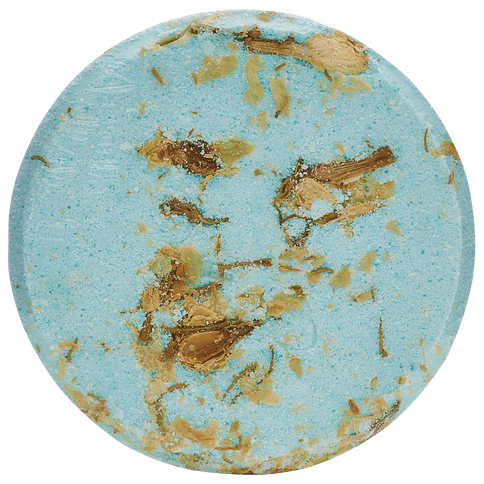 Lavender is such a classic standard when it comes to bath products that I knew I'd love the Lavender-scented shower steamer, and I was right. This one was also blue, giving off that classic, relaxation-inducing floral scent as the water hit it. I generally shower in the mornings, and this would have been perfect for a calming cleanse before bed, but even as an accessory to my morning shower, it made me feel distressed so that I could approach whatever the day had in store for me. 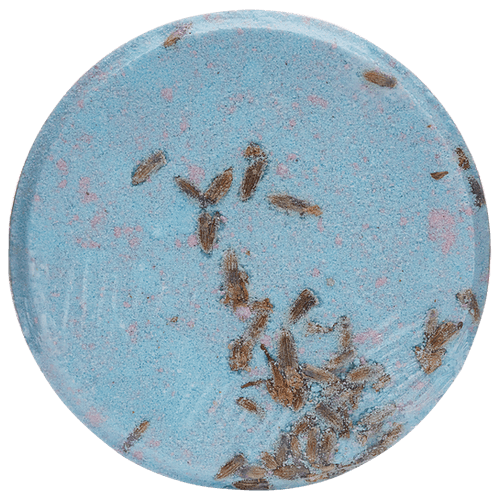 Now, here come the really fun scents. This orangey shower steamer was packed with grapefruit essential oils, designed for relaxation as well as boosting immunity. I found the playful, citrusy scent to be so uplifting during my morning shower. It just made me happy and energized, and it's one I'd definitely love to shower with again. 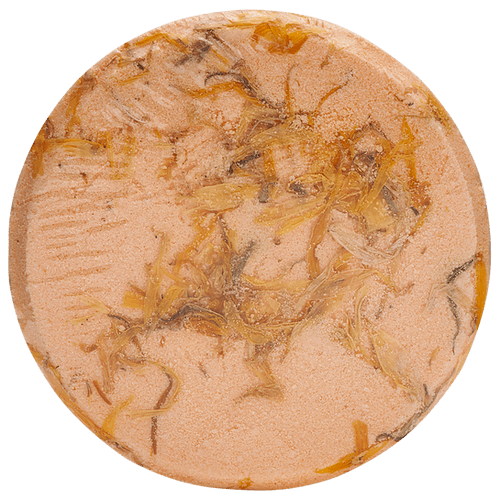 Next up, I tried out the Vanilla & Sweet Orange shower steamer, which was the sweetest of the bunch, blending citrus with candy-like vanilla, designed to soothe the body as well as the mind. It was another winner. The smell wasn't quite like a creamsicle, but it was close, and it seemed perfectly designed to bring joy to my face while filling my nostrils with a delicious scent. Immediately, I wished I had another. 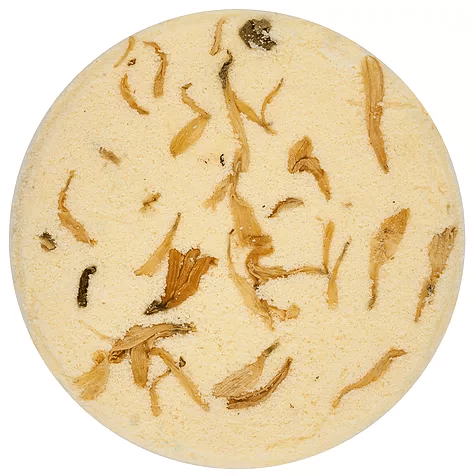 And last, but definitely not least, was the Watermelon shower fizzie, which was my personal favorite because it was so different than any shower steamer I've tried in the past. It's fruity, fresh and juicy, designed for relaxation as well as energy-boosting, and it works beautifully to enhance both. Just try to frown when you smell it. Impossible. 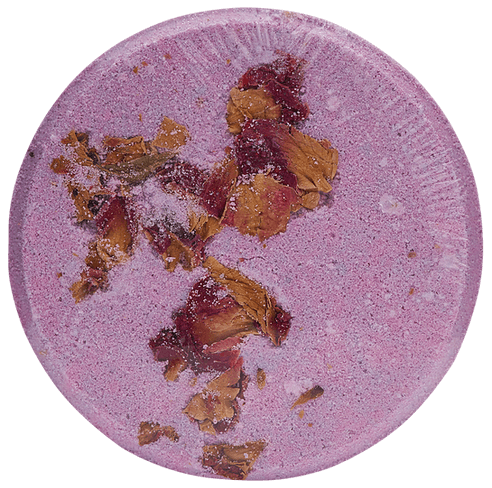 I adore Cleverfy and their shower steamers because out of all steamers I've tried, they come the closest to the bath bomb experience in terms of color, fragrance and fun. They're perfect if you don't have a bathtub but have always been envious of that bath bomb experience, and at $19.99 for six, they're also much less expensive than premium bath bombs. They don't actually go on your skin, so they're purely for the scent experience, but out of all of the steamers I've tried, these are by far my favorites.

Looking to up your seasonal shower game? Click HERE to discover all of the Bath & Body Works Halloween goodies you need this year.