I don't know quite how I managed it, but in the last few years, I've gotten into the habit of consistently flossing my teeth twice a day.

My secret? I floss before I brush in the morning and at night, so I never wind up brushing my teeth, going, "good enough" and skipping the rest of my routine. That's been going great for me, but it would surprise me, from time to time, when I'd still find visible plaque between my teeth where I'd flossed, or see my gums bleed out of nowhere.

But I didn't think too much of it until I stumbled across Cocofloss on Instagram. The brand promised to provide a better, cleaner floss than gliding flosses (which I've strictly been using all of these years), and I was immediately intrigued. Could dental floss really be that different? I reached out to the brand to find out, and they were generous enough to let me try not one kind of Cocofloss, but nine, plus their Cocobrush toothbrush. Here's what I've discovered.

Cocofloss isn't your average dental floss brand. Their dentist-designed floss is thicker, with textured strange made of 500 interwoven filaments that are like a soft yet exfoliating loofah for your teeth, actually grabbing the plaque and bacteria that clings to your teeth, rather than sliding right through it. It also is coated in a vegan microcrystalline wax for comfort and infused with antimicrobial coconut oil, so it massages gums while leaving teeth clean, without shredding or ripping. The floss is designed to reach the 35% of teeth's surfaces that brushing alone can't. It's also fragranced with fragrant fruit and essential oils (coming in all kinds of fabulous scents) while being cruelty-free, vegan and free of parabens, SLS and PFAS.

Their Cocobrush is something a little bit different. It has special, ultra-soft and thin bristles that, according to the brand, make it 16 times more effective than a standard brush. The bristles come in both tall, tapered and small, rounded types for all-around dental care. It's also made from BPA-free, 98% recycled ocean-bound plastic thanks to a collaboration with Oceanworks—and every purchase prevents more plastic from entering the oceans, and the brush itself can also be recycled through Terracycle.

Cocobrush is one good-looking toothbrush. It comes in a rainbow of Blue Bliss, Limoncello Yellow, Tickled Pink and Orange Zest colors, of which I received Orange Zest, which is probably the cutest of the bunch. I also immediately noticed that the bristles seemed softer and thinner than any brush I'd used before, and I was actually excited to get brushing.

So I wet my toothbrush, applied my toothpaste and started brushing. At first, I was skeptical about the bristles—I've always heard medium bristles are recommended—but it only took a few strokes to feel the difference. It felt like it took only moments to achieve that squeaky-clean, just-brushed feeling I usually only get after a couple of minutes with a normal brush, but it felt so good on my teeth that I wanted to keep going for the most thorough clean possible.

The head on the brush is a bit small, which works well for me because I'm pretty small myself and don't have a huge mouth, so I felt like I could really get deep in there and reach all of the surfaces on my teeth. However, there's a chance it might not be so practical for people with larger mouths and bigger teeth. After brushing, I found that my mouth felt cleaner longer than with any previous brushes, too.

While I've had a couple of experiences with the bristles following out as I brush, they're few and far between, and after using this brush for just a couple of weeks, my gums look and feel healthier. The brand recommends replacing after four months, and I fully intend to order another Cocobrush when that time comes (and might even order a couple for the family before then). 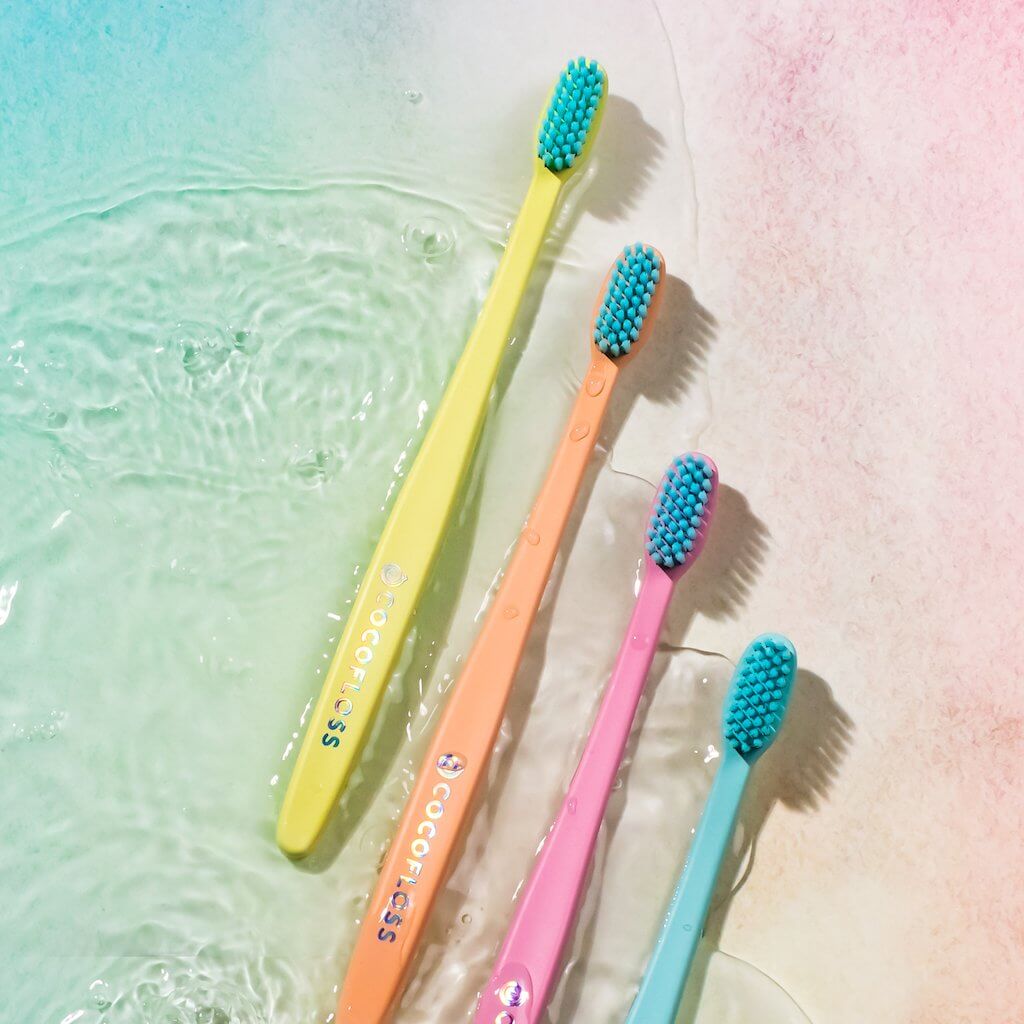 Of course, the real star of the show is the Cocofloss, and the brand gave me tons to try out for myself. I started with the Rainbow Set, which includes Cocofloss in six different fragrances: Pure Peppermint, Pure Strawberry, Cara Cara Orange, Fresh Coconut, Delicious Mint and Passion Fruit. Each spool of floss comes in its own plastic container with a cutter and is 33 yards long (lasting about two months).

When I unfurled and cut the first length of floss, I was a little bit intimidated. It looked thick, and I've never been a fan of floss I can barely get between my teeth. However, I found that there was no issue at all here. Despite the thickness, it slid right between my teeth, though I did feel a bit more friction here than I did with the glide floss I was used to, but that just meant it was working as described. It did seem to remove even more gunk from between my teeth than usual, all without any discomfort. That led me to believe that the gliding floss I'd gotten used to was, indeed, sliding right over plaque, leaving me open to potential cavities and more. I'm very glad to have switched.

As for the fragrances, there are no added sweeteners, and any effect of taste you get is really a result of natural scents. The Pure Peppermint has a sweet candycane smell and does leave a bit of a minty finish in the mouth, while the Pure Strawberry has a tart and fruity scent, without much of a flavor. The Cara Cara Orange smells bright and citrusy, while the Fresh Coconut gives off tropical vibes. Lastly, there's the Delicious Mint, which has more of a sweet spearmint smell, and has a slight minty tingle, while the Passion Fruit smells vibrant and luscious, and, to me at least, tastes a bit sweet and fruity. They come in little plastic containers, and thankfully, you can buy refills (with compostable packaging) when you've run out. 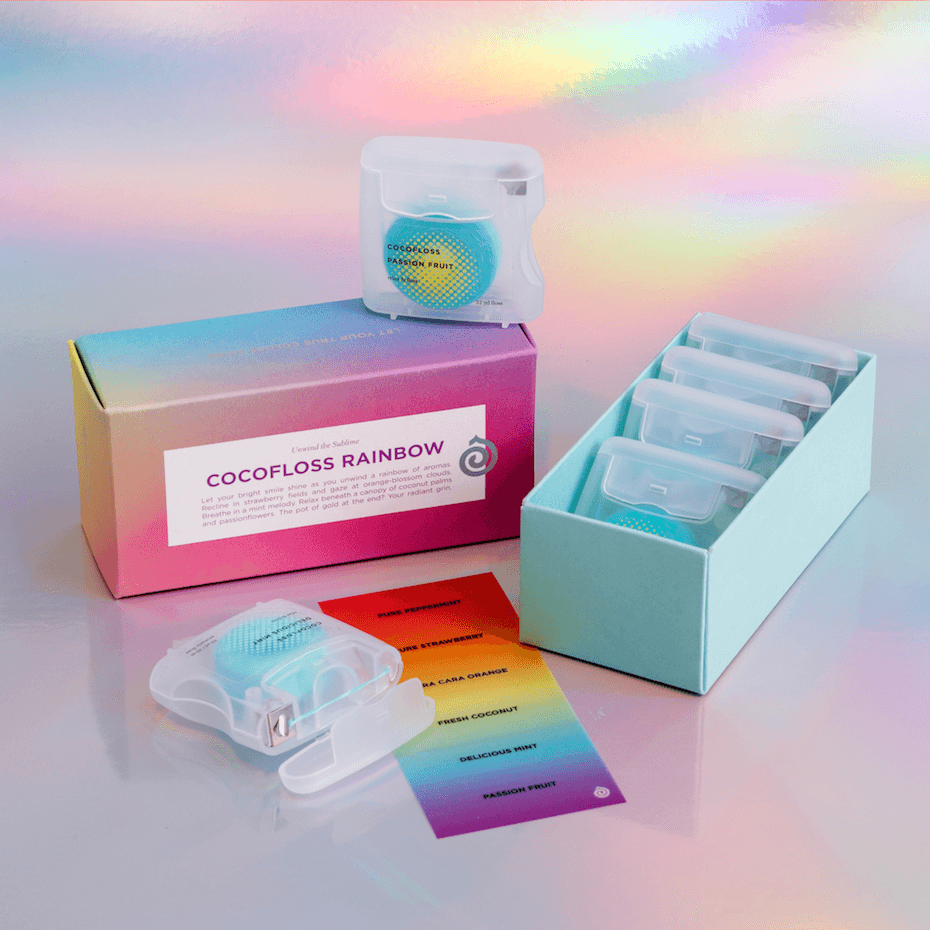 The Summer Watermelon Cocofloss is a limited edition summer exclusive, offering all of the same great flossing action, but in a fun and seasonal fragrance. It smells so good—like real, earthy watermelon rather than the fake candy stuff—and it even leaves a hint of melon flavor in the mouth. 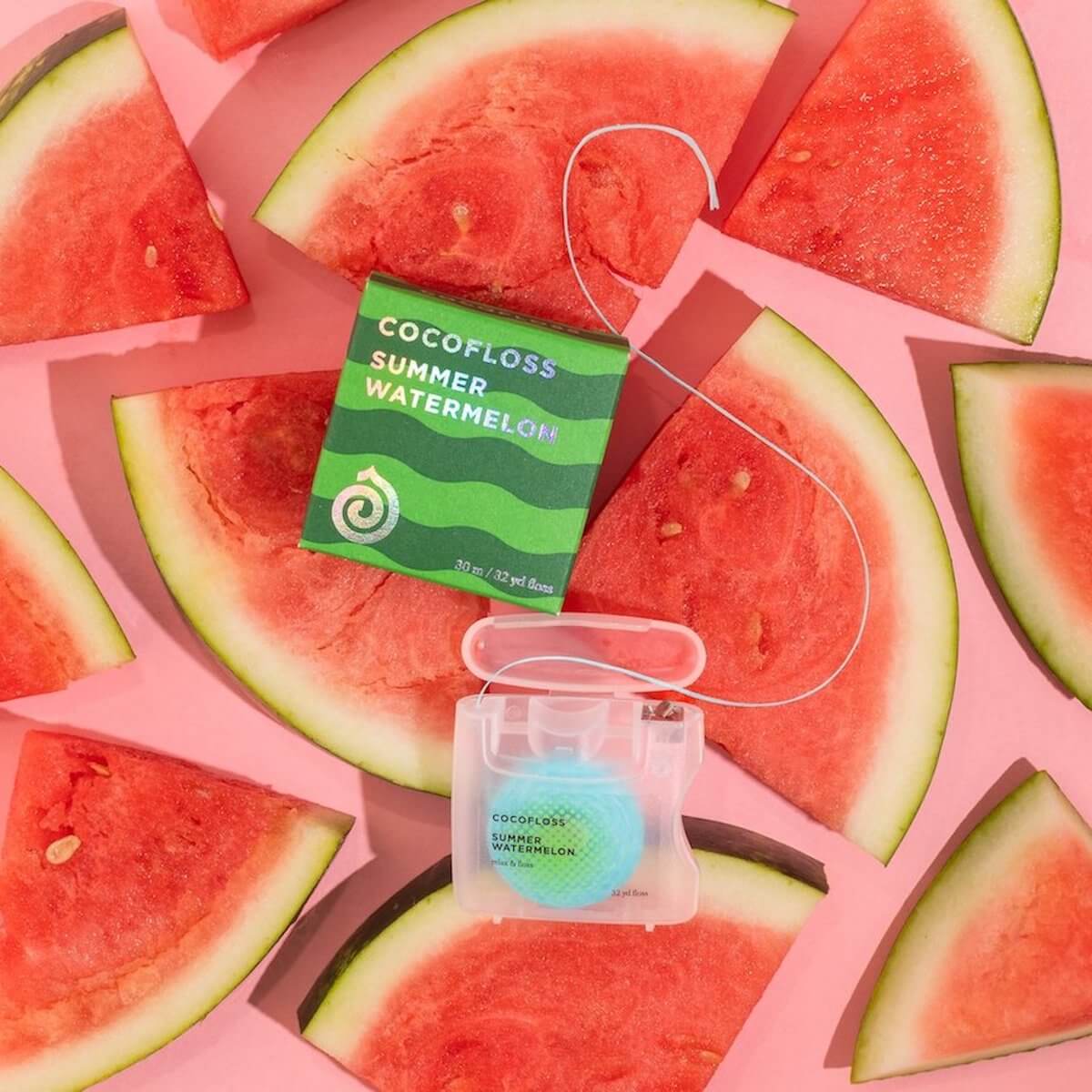 Last, but definitely not least, is the S'mores Cocofloss Set, containing spools of both Dark Chocolate and Vanilla Bean fragrances, just for the summer. Of course, the floss itself is the same, but they're something quite different from the rest of the bunch. The vanilla has a sweet but not overpowering marshmallowy scent, while the chocolate smells of rich cocoa. While neither has much of a taste, I adore them, and I look forward to flossing with them well into fall and beyond. 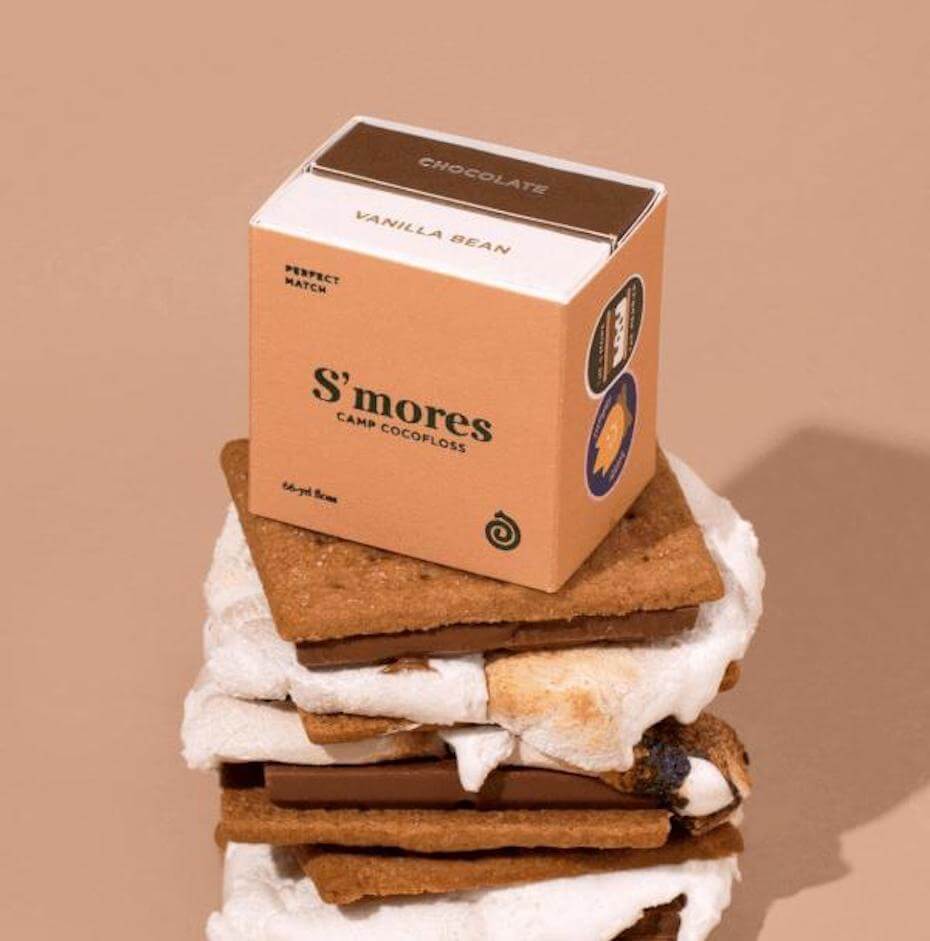 Cocofloss's products have completely reinvented the way I take care of my teeth, and now I'm having a hard time imagining what my daily dental routine would look like without them. Both the brush and the floss are superior to anything else I've tried, actually making it a joy to take care of my teeth, and it helps that they come in beautiful packaging and fun scents—and that the brand has an eye on sustainability. If there's one downside, it's that they're quite a bit more expensive than the standard versions of a manual toothbrush or floss, but I personally think that the quality makes them worth it.

Want to introduce Cocofloss to your gentler dental routine? You may also want to click HERE to read our review of Elementa Oral Care's Silver products.