Cody Orlove has quickly risen in rank to become one of our favorite TikTok personalities of all time.

Not only is he an incredible music artist, but he has one of funniest channels around, and we simply can't stop watching him. As we're all in lockdown, his videos have become more relatable than ever, and we got to know all about him in this recent interview. 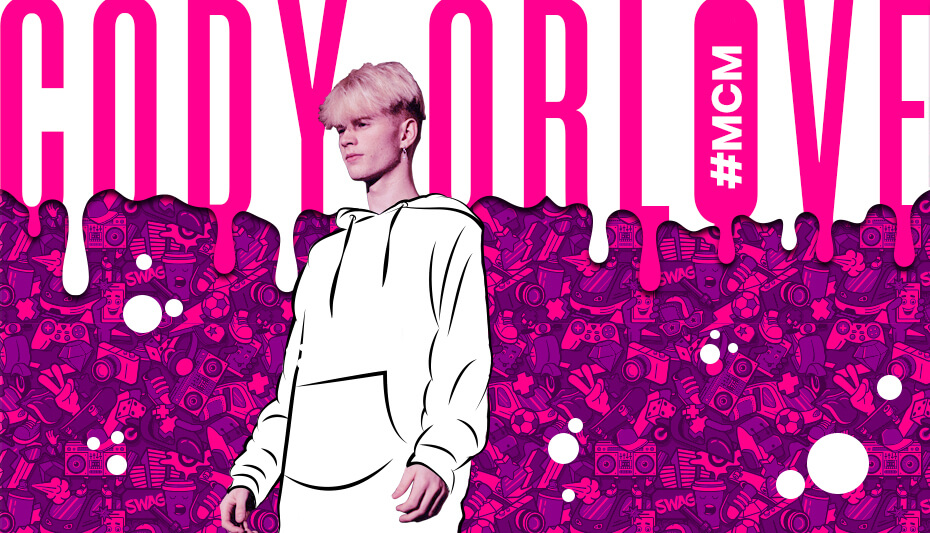 1. Cody has never considered himself much of a gamer, but he's started playing Fortnite and Super Smash Bros. in the past year.

"I've been debating on which game is my favorite, but I think I'm gonna have to go with Super Smash Bros."

2. In three words, he describes himself as loyal, passionate and sensitive.

3. He doesn't think he's ever watched a movie more than once.

4. He loves Vampire Diaries and has seen the series around five times all the way through.

5. Before he became well-known on social media, there was a rampant rumor that Cody was pretty tall.

"People just assumed by how tall I looked in my videos, but in reality I'm 5'4″."

"I basically use it in every text I send. I don't even need to be texting about cows, it's just totally random."

7. He has a huge sense of admiration and respect for David Dobrik.

"I've watched every single video he's ever put out. Big fan of him."

8. The Incredibles has been an inspirational movie to him from early on.

"The Incredibles inspired me when I was younger to be stronger than I was. It's a little weird, but I definitely dressed up as Mr. Incredible three years in a row for Halloween."

9. He says in the last year, he's learned a lot of valuable lessons.

"A lot about patience. Everything happens for a reason. But the
biggest is probably that when you love something or someone, it will always work out if it's meant to be."

10. He's only been to two concerts, but his favorite was seeing Newsboys.

"They opened my eyes to my faith. I didn't even want to go, but it was such an amazing experience and I'll never forget it."

11. Music is always his biggest inspiration.

"It's a lot of detail to explain, but let's just say it helps me in numerous ways."

If Cody is your ultimate Man Crush, click HERE of our favorite captions to use on all your #MCM posts.