If you're wondering why professional guitarist Cole Rolland has more than 1.2 million subscribers on YouTube, just check out one of his stunning videos to find out.

The man can play, and he's not just a versatile guitarist, but also a producer and writer—and it also helps that he's a really decent guy all around. Earlier this month, he also released his first original track, "Ignite," which is the perfect showcase of his talents both as an instrumentalist and a singer-songwriter. It's no surprise to us that it's been a big hit with fans, new and old alike, and here's everything we learned about him as our latest Man Crush Monday. 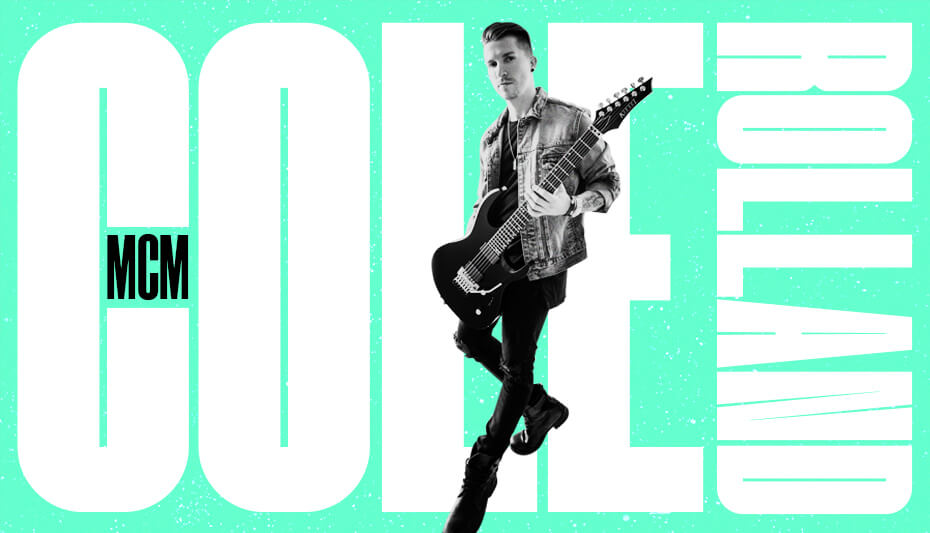 1. If he weren't a musician and performer, Cole thinks he'd still love to be part of the music industry.

"Helping to guide them and watching them reach their potential would be incredibly rewarding."

"That drives me crazy."

3. Cole's girlfriend is his biggest hero.

"She is an all-around badass who constantly inspires me."

4. He says he couldn't survive without the Reminders app.

"Ask anyone who knows me very well—my life would literally fall apart without this."

5. He's strangely good at the mini-basketball machines they have in arcades.

"This is more of a recent discovery, but I think it's become a new passion of mine. I'm unnecessarily competitive at that game."

6. He's a massive Christopher Nolan fan, and his favorite movie has to be one of his films.

"Inception was a favorite for years and The Dark Knight is right up there, too."

7. He says the one life lesson he wishes he learned earlier on is that everything needs to be enjoyed in moderation.

"Too much of a good thing can turn it into a bad thing. As I've gotten older, I've become much more in tune with my body and my emotions. There's always room for improvement but it's never too early to start working on yourself!"

8. He's the oldest child in his family, and he has one younger brother.

"Growing up, I was definitely the more rebellious between the two of us, but we grew up with great parents. I learned a lot of life lessons early on, the hard way, through making mistakes in a safe environment. I've always wondered if my brother watched me make those mistakes and learned from them. He was always the 'good kid' in the family!"

"My fans have made it one of their goals over the past year to make sure I watch the entire MCU catalog in order. So far I'm on Guardians 2, and my favorite movie in the MCU so far is Iron Man."

10. He first picked up a guitar at the age of 10, but it took him a couple more years to connect with the instrument.

"The go-to pivotal moment that I talk about often is watching the Van Halen Live Without a Net DVD. Eddie and Sammy kicked off the concert with an epic guitar battle, and from there, it was game over for me. I remember watching that and thinking, even as a 12-year-old kid, 'I want to do that.'"

11. Above all, Cole Rolland believes he's a great friend and a kind person to those in his life.

"I'm very grateful to be where I am in my career and know that things like this don't happen without loved ones believing in you every step of the way. I love to surprise my friends, do thoughtful things for them and bring people together. I'm also incredibly nerdy and constantly mess around with my close friends and family. I've shared so much more of this side of my personality since I've been streaming on Twitch. It feels great to be authentically me."

Play the guitar yourself? Click HERE for some of our favorite quotes by famous guitarists to use as Instagram captions