Strap on your cowboy boots, because we're about to turn your day into a country-filled jamboree with a little help from this playlist.

One of our fave country radio stations, Radio Disney Country, is celebrating it's 1st birthday, so we're getting into the spirit by rocking out to plenty of country tunes.

These country jams from some of our fave artists, including Carrie Underwood, Kelsea Ballerini and Cassadee Pope, will not only get you hype for the celebration, but it's sure to kick your week into high gear. 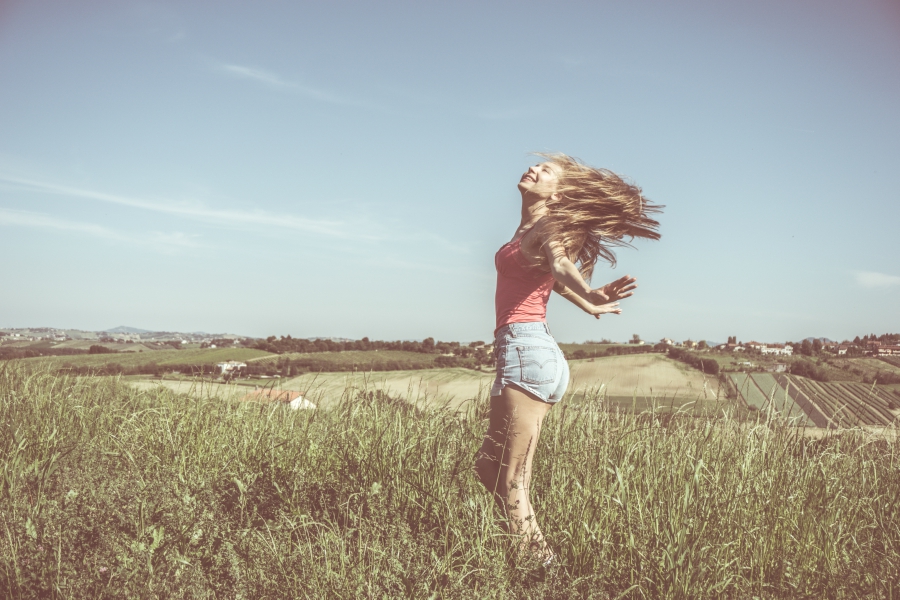 1. "The Girl You Think I Am" by Carrie Underwood

There's no denying that Carrie Underwood is the Queen of Country Music. Not only is every single song she releases true perfection, she's also one of the sweetest human beings on the planet. Right now we're really digging "The Girl You Think I Am" off her Storyteller album.

We fell in love with RaeLynn while watching her compete on season two of The Voice, and we've been following her career ever since then. Her latest single "Love Triangle" is everything worth obsessing over. It's chock full of emotion and you can feel her honesty in every single word she sings.

Kacey Musgraves isn't afraid to speak her mind, and we admire her for it. With "Good Ol' Boys Club," she doesn't hold anything back. Her sass comes out in full force and we're living for it.

We were so happy for Cassadee Pope when she won season three of The Voice. We've been fans of her way back when she was in the pop punk band Hey Monday. Cass released her Summer EP back in June and we haven't stopped listening to it. The title track "Summer" brings back all those fond memories of the season when we need it most.

Kelsea Ballerini consistently puts out such honest and relevant tunes, and we hope she continues to do so. We're really feeling her latest single "Peter Pan" at the moment. It's even a record-breaking single for the country cutie, being her third consecutive No. 1 on the country charts. You go, girl!

This feel-good jam from Maren Morris is sure to have you moving and grooving all weekend long. It's the perfect song to blast with your squad while you're all hanging out or when you're driving around town with your fam.

Jana Kramer isn't just a phenomenal country singer, she's also one heck of an actress and dancer, too. You might remember her as Alex Dupré on One Tree Hill—or even as a current contestant on Dancing With the Stars. We know, is there anything she can't do? But if you're still not a fan of the song-belting beauty, she just may become your latest obsession after hearing her newest single "Circles."

LeAnn Rimes has one of the most powerful voices in country music, and "How to Kiss a Boy" is the perfect example of her incredible vocal range. Not to mention, it's a sweet song full of innocence that every girl will relate to on an emotional level.

Maddie & Tae are by far our fave country duo. We blast their single "Shut Up and Fish" on the regular, because it's utterly hilarious and effortlessly shows off their spunky personalities.

Even a year after its release, we still find comfort in listening to "Burning House" by Cam. Beautiful, yet heartbreaking, the music video still brings a few tears to our eyes every time we watch it.

Obvi, we're huge fans of this little lady right here. She's about to take over the world in 2017, especially seeing how amazing her 2016 was. Get ready for a lot more Tegan in your life.

Listen to these tunes on the go with the playlist below:

Need even more country artists to check out? We recommend putting THESE rising country stars on your radar.