Courtney Paige Nelson's path as a musician has been an unusual one, and that might be what we adore most about her raw, soulful approach.

The America's Next Top Model alum modeled for most of her life, and it took her a while to find her true calling in music. She didn't perform in front of a live audience until she was 27, but since then, this powerful artist has truly come into her own, and it's all on display in her debut EP, Fever Dream, out today.

We fell in love at first listen, which was why we had to find out everything we could about these four gorgeous, electro-pop tracks. We had the pleasure of digging deep into each song with Courtney, and here's what she revealed. 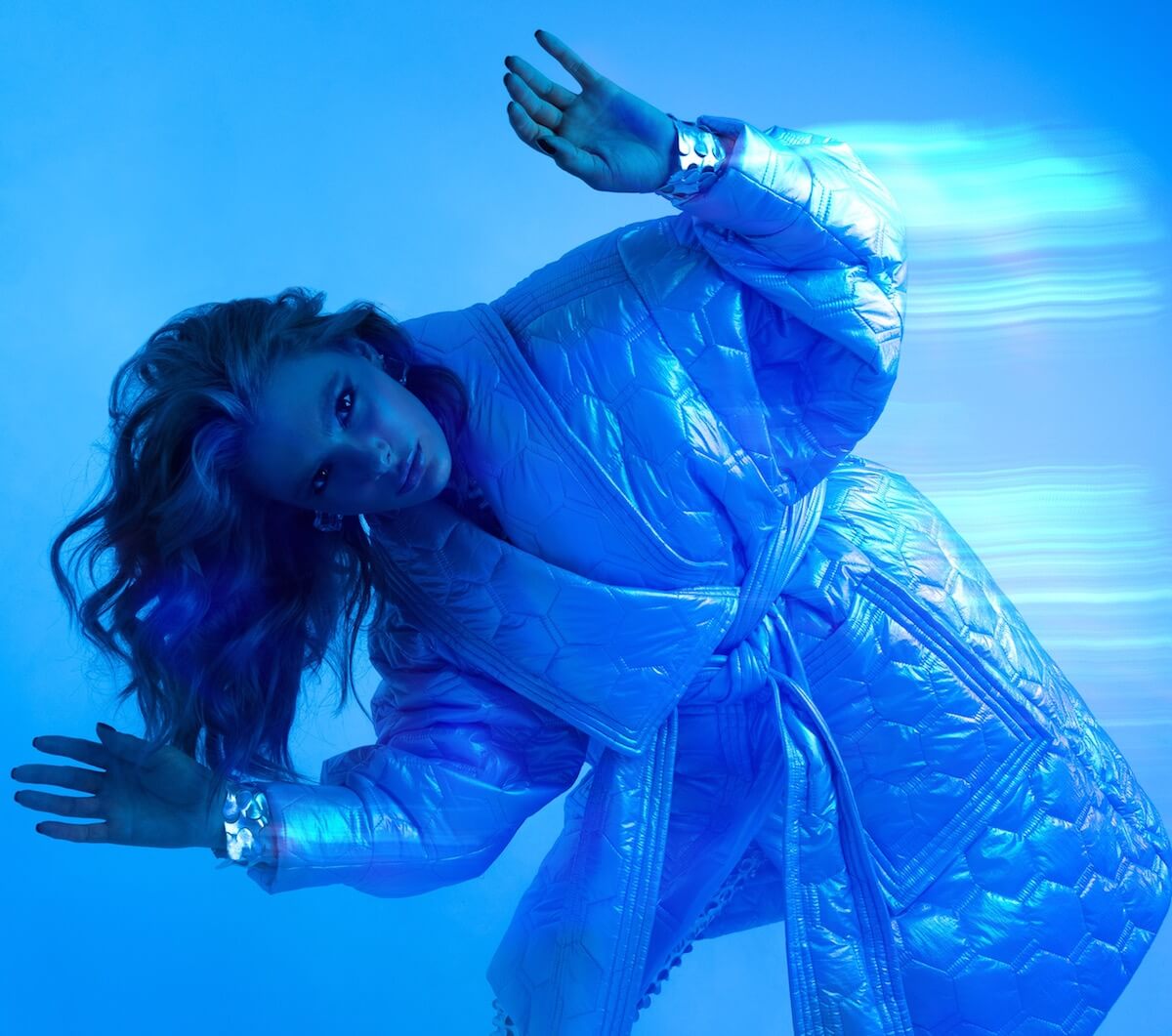 Courtney Paige Nelson: This is actually my favorite song I've written so far! So, I'm very excited to share this. I wrote this song about the five senses we have: sight, touch, taste, smell, hearing, and how they get triggered when you lose someone important to you. I took that concept and wrote lyrics that cover all five in different parts of the song. At the time, I wasn't struggling with anything love-related. I felt quite content being alone. I figured I'd tap into my feelings and write about the times where I've been triggered from previous toxic relationships. The smell of someone's cologne, hearing that person's name, seeing a place you both went to. I took all of that and wrote "Senses" into what it is today! It's a very unique concept and I really hope people connect to it. This song means relating to something that happens to everyone, which is getting "triggered" by loss at some point in our lives.

"I would say I got your smell still in between my sheets, but you were never here long enough, to leave a scent on me."

Honestly, it's my favorite part in the song because of how clever those lyrics are. I was so happy I came up with that!

CPN: It's funny because "Fever Dream" came from a lot of daydreaming and internal struggle I was dealing with during COVID. I felt a lot of the time, the people around me were not using the pandemic to their advantage. I really focused on what I wanted to accomplish and have done coming out of the pandemic. I worked really hard on music and getting stuff done and "Fever Dream" kind of touches base on that. There were a lot of people around me who looked down on me for never having time and working so much. A lot of my friends and people around me just wasted away time and money while I did the polar opposite. I guess because this is all I want and I'm giving it all I have. Without music, I truly feel I don't have a purpose and I don't have a backup plan so this is it. I didn't have the luxury of sitting back during the pandemic because I needed to make sure I was 20 steps ahead.

This song means a lot to me because it explains how much I want to make it in music. It's the internal struggle I have watching everyone relax while I power through because I don't have a plan B. So, I feel like I'm constantly living in a "Fever Dream."

"I'd rather lose my mind with this
Then stay here wasting time instead
This passion is my medicine."

This is my favorite line in the song because it explains exactly how I was feeling, why music is so important to me, and how I wouldn't be where I am today if I didn't focus everything I have in me on my dream.

CPN: I made this song after a relationship I went through that ended in the beginning-ish of the pandemic. I even titled the song "Andy," which was his first name. I hesitated to do that originally, but I figured if I'm going to make this song, it must be as authentic to what happened as possible. What better name for a song than the name of the person it's about? It was very much a Taylor Swift moment for me. I took all the confusion of not having clarity for nine months and gave myself the closure I never got by writing it out in lyrics. It was very therapeutic, as is every song I write because I try to be as honest as possible with every song. I even went through text message conversations from 2019 when we first started connecting, so I could get inspiration in the lyrics.

This is a total breakup anthem! But it's not a typical one at all. It's an empowering one, rather than a sad ballad. I personally am tired of not having a breakup anthem that makes you feel like a badass—so I wrote one. I think a lot of the time, people don't get closure because the person they were with isn't emotionally mature enough to sit down and have that conversation, which is ultimately why I'm glad I have music. It's my public diary. It's a way for me to say what's in my head and hopefully have it connect to others that are listening.

"Said I wasn't a rebound, to drown out the white noise of being alone. But when I was at rock bottom you said minutes away is just too far to go."

That is actually what kept happening. He used me as a rebound, and when he was done with me, he couldn't get himself to have a conversation to break up properly. He just avoided the topic and refused to go out of his way to see me until I ultimately had enough and cut contact. To which he tried to reach out again—but I'm taking back my power I'm also not allowing that back into my space. No one should ever feel like a second option.

CPN: This song was sparked from a super unfortunate event that happened where something I invested time and money into was taken from me, which as a musician can be devastating. I always try to make sure I keep peace with people because one of my biggest fears in life is having anyone dislike me. I also had to learn not everyone is going to like or understand you, which is perfectly okay. So I created a song about what happened to me, how something I worked on and became invested in was ripped away from me. That's the most amazing thing about being an artist. Every time I experience this thing called life, I get to write about it. The good, the bad, the in between. It's all art.

This song is about taking your power back and accepting that everything happens for a reason—to not give in to things and be okay with not being able to always control the narrative, make people like you or make peace with everyone. Sometimes people are more content in their anger rather than making peace, and you must be willing to accept that.

"If you split my tongue in two, I'd still say the same things about you."

This to me is such a powerful lyric. It's about how no matter what people paint as their narrative to others, as long as you know who you are, are aware of what you say…you try to stay compassionate and understanding. It doesn't matter if someone calls you a snake, or makes you look bad for their own sake. As long as you take the high road and remain balanced, it will be okay.

Listen to the full EP below!

Want to find out what else released today? Click HERE to read out interview with Brynn Cartelli on her new EP, Based on a True Story.