The Crash Bandicoot N. Sane Trilogy for the PlayStation 4 is a vibrant platformer with zany animal characters, putting a new shine on the two decades-old series.

We received a review code to try the game ourselves and instantly fell for the timeless classics. As true as they are to the originals, released from 1996 to 1998, you don't have to have a history with Crash to fall in love with him this time around. If you aren't already a Crash Bandicoot fan, here are the reasons you need to check out this trilogy.

It's not really fair to compare a brand-new PS4 game to an original PlayStation game released more than 20 years ago, in 1996, so we won't. Instead, we'll say that it's just as beautiful as any other platformer we've seen on the PS4. From lush jungles to dusty ancient temples to sterile science labs, everything looks clean, sharp and lively. Crash's animated expressions and body language remind us why he was so synonymous with the original PlayStation.

The same goes for the game's soundtrack. Every detail of the music and sound design has been rebuilt from the ground up, and it all enhances the original games. It'd be tough to take issue with how the game sounds.

It's pretty obvious that the N. Sane Trilogy is actually three games—but it's definitely worth noting. Each of the three games has unique moves and abilities, and they're all worth playing in full.

The first game is the simplest in terms of Crash's moves, focusing on enemies and platforming to get the job done. In this way, it feels the most classic of the three.

The second game, Cortex Strikes Back, introduces body slams, crouching and high and long jumps to Crash's arsenal of moves, plus jet boards and jetpacks in challenging new areas. It's probably the strongest of the games, and that's saying something.

The third game, Warped, is all about time travel, sending Crash and Coco all across the space-time continuum. In this game, there are swimming levels, biplane arenas and motorcycle races to keep things fresh. You're definitely not getting the same thing twice—and the $39.99 price point isn't bad, either. 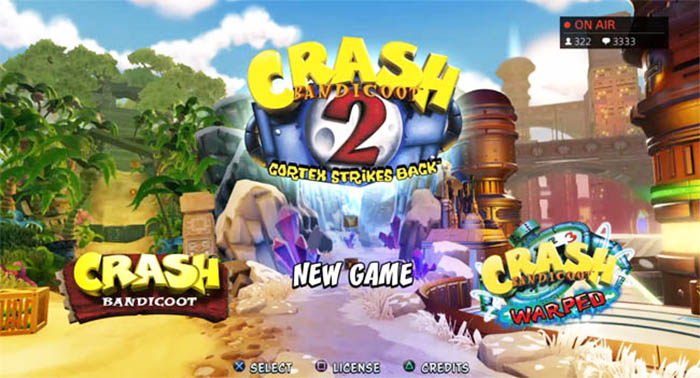 Crash has a little sister named Coco who's a tech genius, hacker and inventor, rarely seen without her computer by her side. She appeared for the first time in the second Crash game and was playable for the first time on specific levels in the third game.

In N. Sane Trilogy, you can permanently switch to playing as Coco after just a few levels. While there are still some areas that force you to play as Crash, but most of the time you can continue on your adventure as his brainy little sis. We honestly think it's the better way to play the game. 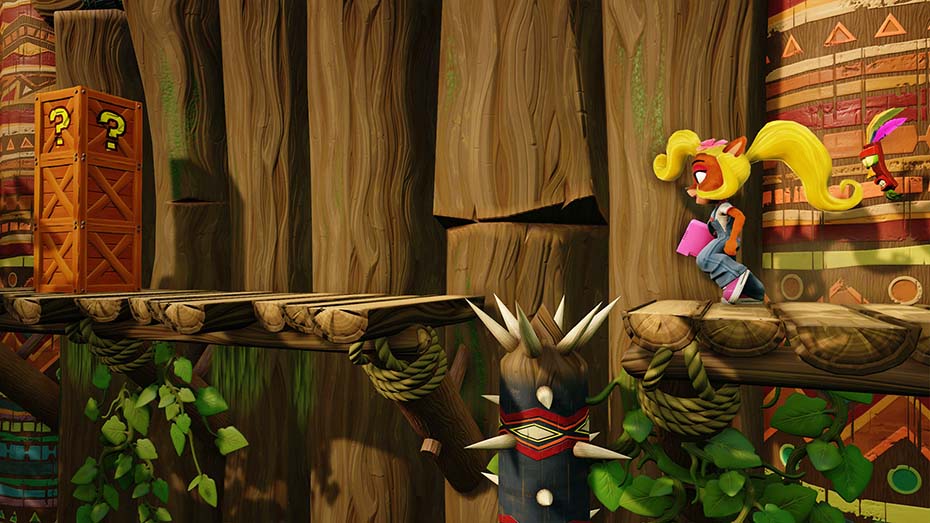 4. You Can Relive Uncharted 4 Nostalgia

If you played Uncharted 4: A Thief's End, you've already had a taste of what the Crash series has to offer. In a form of video game Inception, Uncharted 4 had you playing as Nathan Drake, who, in turn, was playing the original Crash Bandicoot on the original PlayStation. The level was a classic called "Boulders" in which Crash runs toward the screen to evade a massive Indiana Jones-style boulder.

N. Sane Trilogy has a gorgeously remastered version of "Boulders," plus more boulder chase levels in the first two games (plus one where Crash or Coco is chased by a giant polar bear). You're going to get really good at the level before you replay Uncharted again. 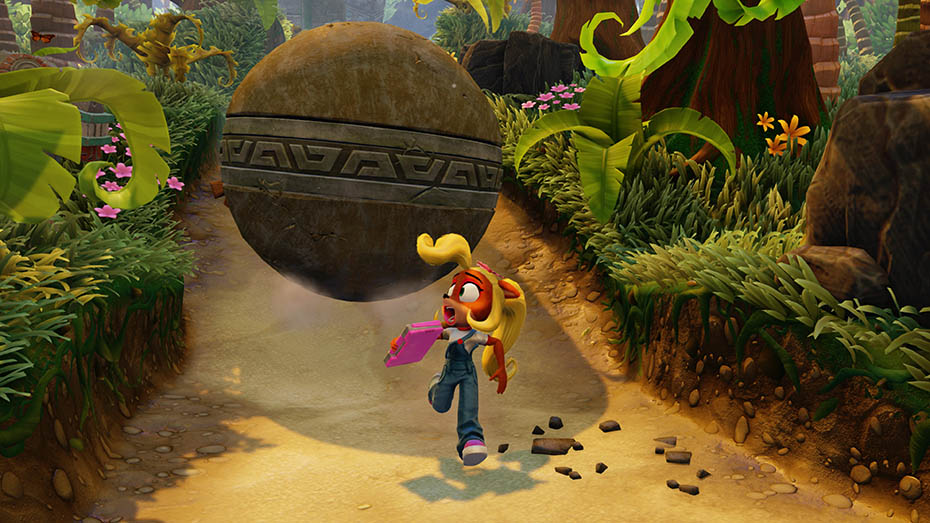 The Crash Bandicoot games were never easy, and the remaster doesn't change that. Some have even said that the N. Sane Trilogy is tougher than the originals because the controls are updated and some of the delicious cheats have been removed. Still, the controls are super fluid and you always feel like you're in control. When you mess up, you usually know it's your fault and not the fault of a defective game control scheme. If you're up for the challenge, you're going to become obsessed. 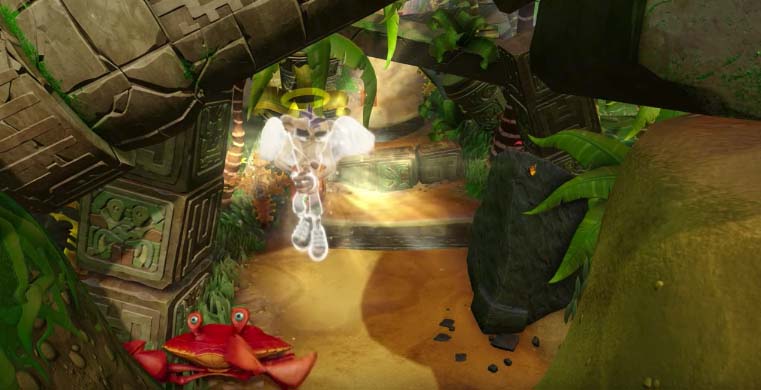 Riding adorable animals is a staple in Crash games, and, of course, they look better than ever in the N. Sane Trilogy. The first game has the fast, frenetic "Hog Wild" levels atop the back of an unnamed pig, while the second and third games feature the adorable polar bear, Polar, and the too-cute tiger, Pura, respectively. These levels are worth replaying again and again because they're pure fun. 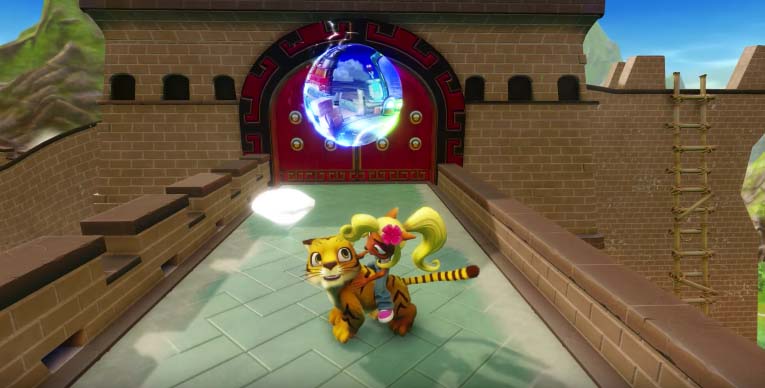 Aku Aku is a witch doctor who now inhabits wooden masks that Crash and Coco can find throughout their adventures. When you collect an Aku Aku mask, he protects you from damage done by enemies or obstacles, and collecting three of them makes you temporarily invincible.

But our favorite thing about Aku Aku is his funny personality. Levels can take a little while to load, but luckily Aku Aku is floating around on the loading screen to keep you entertained as he hilariously raises his eyebrow. He might be the best character in all three games. 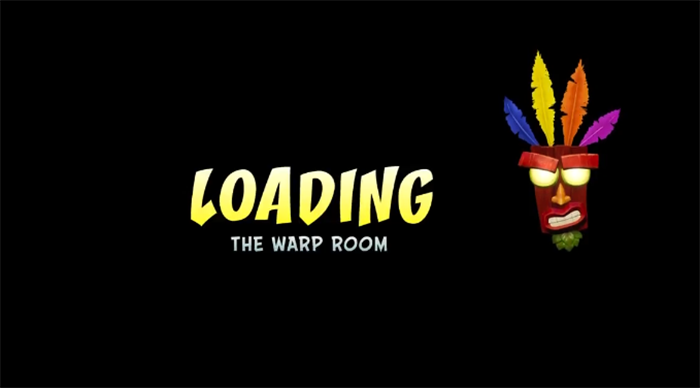 The Crash Bandicoot N. Sane Trilogy isn't for everyone, but lovers of platformers and higher difficulty games may find it quickly rising to the top of their most-played list. It's a Playstation 4 exclusive and sells for $39.99.

Looking to add another exciting platformer to your PS4 collection? Click HERE for our review of Pankapu.