Cristal Marie has made quite the name for herself as a host and writer for various Frederator shows, including Get in the Robot, proudly embracing all of the things that make her an indisputable geek.

Before moving to New York, she also had a pop music career back in the Dominican Republic, but she left it all behind because it was incompatible with the geekier side of her life. Now, she's reclaimed music, as well as geekdom, with her new track "Anime Girl."

We got the scoop on all of it from Cristal Marie herself. Keep reading for what she had to say.

Sweety High: What's your history with geek culture, and how did that eventually lead to your involvement with Frederator and their channels?

Cristal Marie: I've always loved video games, anime and all things geek, but growing up, my parents kind of hated them and told me they were a waste of time, so I didn't seriously pursue them. Even though I dreamed of singing the intro from Sailor Moon or the ending of a Final Fantasy game, people told me I'd never accomplish anything like that because I was Latina. I was only supposed to only love salsa, merengue, la Virgen María and telenovelas. Anime wasn't part of my culture, so people wouldn't get it.

A lot of painful things happened in my music career, so at one point I just packed my bags and left everything behind. I came to New York, crashed at a friend's place and started watching Miyazaki films as therapy. There's this line in Kiki's Delivery Service: "Follow your heart." I know it's super simple, but it really hit me because Kiki loses her powers when she loses her sense of self trying to fit in. She only becomes powerful again when she remembers who she is and embraces that. 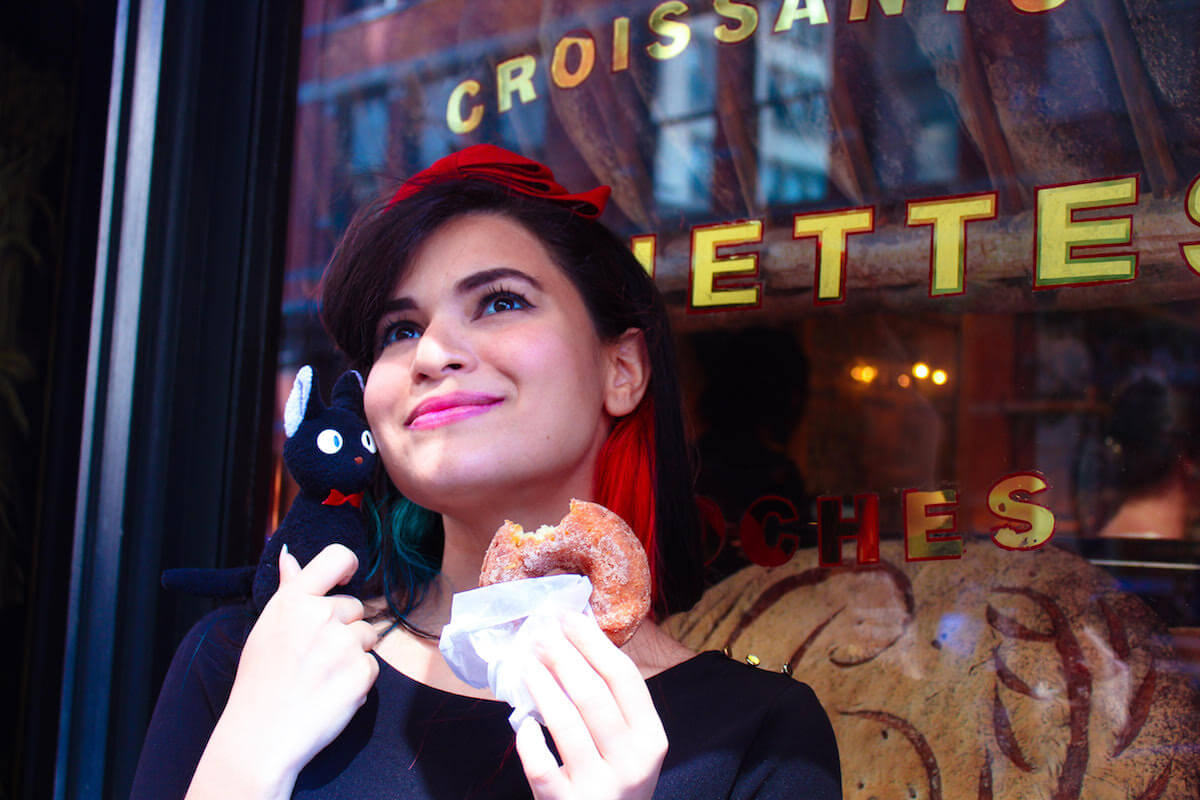 I thought long and hard about that and tried to remember who I was. I love music, but I also love writing and geeking out with friends. I made a choice to stop trying to separate those pieces of myself and embrace them all, and I kept my eyes peeled for any chance to work in something related to geek culture.

When Frederator posted a job for a freelance host for The Leaderboard, I jumped on it. I thought it would be something fun to do on the side, hanging out with people who love the same things, while I figured my life out. Fast forward two years, and I'm still with Frederator. I've hosted or written videos for The Leaderboard, Channel Frederator, Átomo Network (in Spanish) and my absolute favorite, Get in the Robot, YouTube's first video anime club. I even performed my music at a Get in the Robot party at YouTube Space New York. Like Kiki, I had the power in me all along, and all I had to do was be myself.

SH: Tell us about your history in the music industry that led up to that moment.

CM: I sang the opening theme of a telenovela called Pecados Ajeno by NBC and Telemundo, which aired in more than 88 countries. That was probably one of the biggest moments of my life. It won me the Casandra Award (now Soberano) in the Dominican Republic and led to my first album with a famous producer.

Some really great stuff happened during that time, but I never had a chance to celebrate my geekdom. I hate to say it, but the Latin music industry and my managers at the time weren't accepting of an alternative girl from the Caribbean. Nobody was keen on my geekdom at all. They thought it would confuse people. They wanted me to become the Latina Céline Dion or follow in the footsteps of Gloria Estefan or something. And I love Gloria, I love Céline and I especially love Selena—like a lot—but I could never be them, and I don't want to be. I'm me, an anime girl and proud.

I organized Conanime, the first anime convention in the Dominican Republic. The project took time away from finishing a single, though it was a pretty generic song written by an old man trying to tell me how to feel, and to be honest, I didn't really want to finish it anyway. That's when my management told me point blank that I had to choose between music or anime. I couldn't do both, and if I picked anime, I would be cut off. I was so young, and everyone in my life said it was for my own good. I had no power to change anything.

I'd grown up in a conservative environment where neither anime nor comics nor video games were seen in a positive light, and these attitudes were reinforced everywhere. They tried to "correct" me and make me fit in as a more appealing good girl next door type, but at the same time, as a classic diva, so it was all over the place. I was turned into a pretty stereotypical Latin pop female act, with dramatic hair, glittery outfits, and big romantic ballads, and I hated it. The only person in that industry who saw through me was Vlady Gomez, an Emmy award-winning publicist who became a really great friend while I was in Miami. He could tell I loved YouTube, and encouraged me to start filming and do my own thing, but I didn't have the confidence at the time.

I'm very proud I left everything behind and came to New York, even though I've been on my own since. It was the best decision. I am finally showing the world who I really am. I'm actually happy. Apparently, the universe is okay with it. 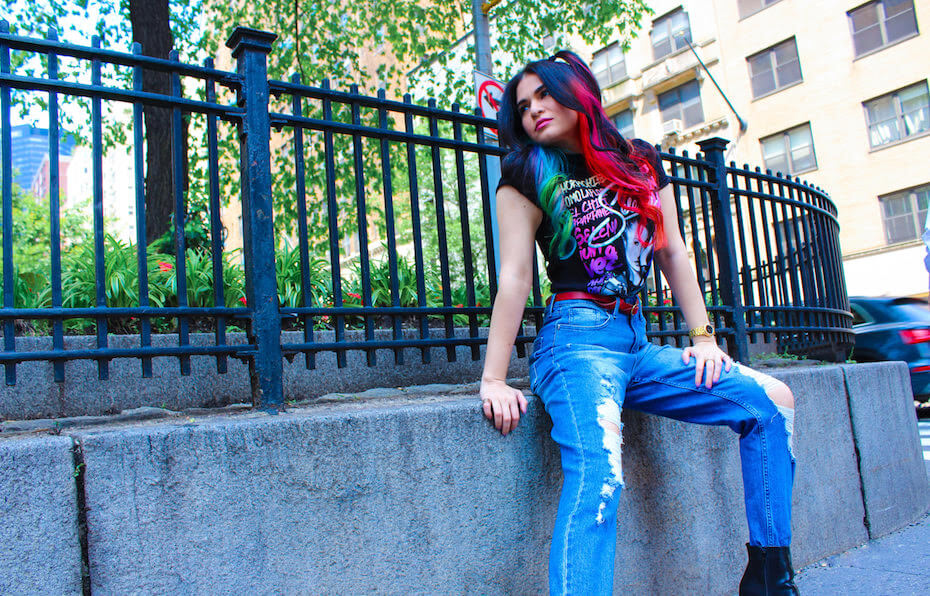 SH: Your new song "Anime Girl" proves to the world that your heritage and your geekdom aren't mutually exclusive. Tell us about it.

CM: "Anime Girl" is an unapologetic celebration of geek identity. It was born from a desperate desire to rescue who I really am from the artist—the person I'd been turned into by the Latin music industry. I haven't renounced my Latinidad, that will always be part of who I am, but I get to display it in a new way that comes more naturally to me. I rap in English and Dominican—trust me, it's a whole 'nother language—and I get to mix in my favorite sounds from EDM, hip hop and rock music. With this song, I feel like I've finally shown up to my own life. It's my calling card to the world, and my inner anime girl saying hello for the first time. She's been waiting.

I can't talk about "Anime Girl" like she was born in a vacuum. I have to give a shoutout to Cari Cole, Jay Stolar, and the entire team at CCVM, who are all really awesome people who helped me bring this project to life. After years of being told I couldn't write my own songs, they were the ones who helped me reach deep inside and reclaim my voice. Instead of judging "Anime Girl," they loved her and that's all she ever needed.

I found my lyrics, my melodies and my words, and I've been making more songs ever since, which are coming soon. Them, and my Geeklife family, along with On-Time Comm. and the Mooncat Media Group. So many people are a part of this new era that I almost forget I l showed up in New York a few years ago with nothing but a carry-on and the address to my best friend's couch.

SH: What exactly is the Geeklife collective?

CM: Geeklife is a group of artists with similar backgrounds sharing experiences related to growing up geek and being a part of the community while also retaking the power associated with it. We're living our own truths—loudly. I've already had the pleasure of collaborating with some of the amazing people in this collective, starting with the iconic alternative hip hop band Oxymorrons. There's also pro Twitch streamer and Lost Rings artist Black Krystel (who I met and clicked with instantly during an audition) who just launched her debut single "Party Up" and hosts ESports on ESPN, as well as legends-in-the-making like Kiera Please and Maxine Ashley, and DJs Highgnx, Kittyboom and Dimples BK. Just watch.

SH: Why is geekdom so important to you, and why do you think it's important for people to embrace it?

CM: Geekdom is a core part of my identity. It's not just what I experienced growing up. It's who I am—a piece of me that some people tried to take away, and others are constantly trying to take advantage of. Depending on where you're from, where you grow up and the school you go to, there can be a lot of shame associated with geekdom. I want to obliterate that. Nobody should feel shame for loving what they love.

Being a geek isn't just fun. it's powerful and it's undeniable. It shapes a global conversation. To some people, geekdom might be more of a casual thing, but to people like me, it is as important as the food we grew up with, and our customs and values. It's where I discovered what I'm made of, and what I fight for. It taught me to respect languages and cultures I had never been exposed to.

Geekdom is so powerful that the media landscape has been ruled this past decade by Marvel superheroes, video games, Star Wars and Game of Thrones. We're not just geek culture at this point. We are the culture. 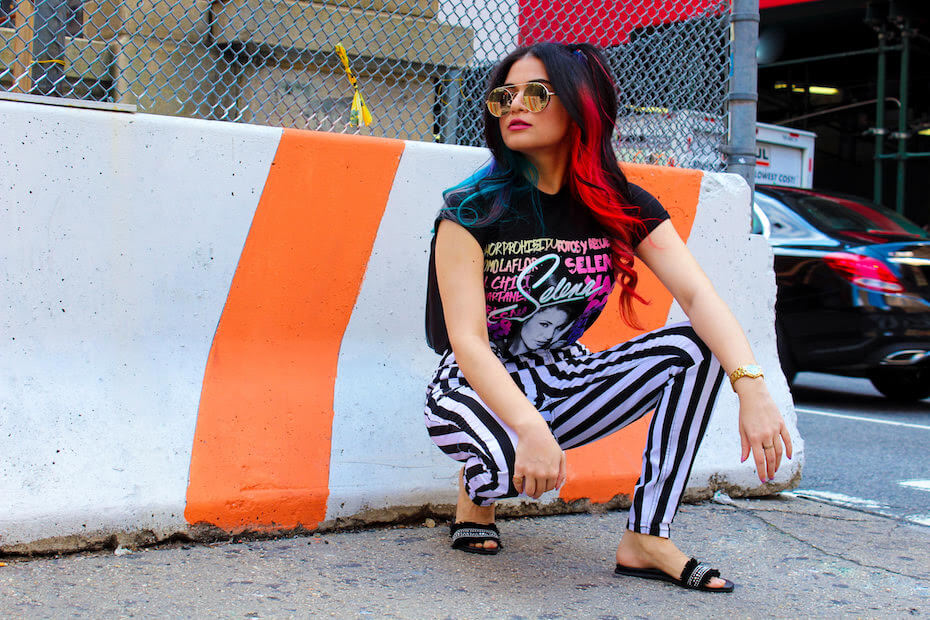 If you're also an anime fanatic, click HERE for our interview with Cristal's Get in the Robot co-host, Dorrie Sacks.