If you cried like a baby while watching Cole Sprouse's latest film, Five Feet Apart, you're not alone.

The sweet love story about two young patients with cystic fibrosis, who spend the majority of their days in a hospital (and are forced to keep distance to reduce risk of cross-infection), is the ultimate tearjerker—and the quick, restricted lives that people with the genetic respiratory disease have, is terribly sad. 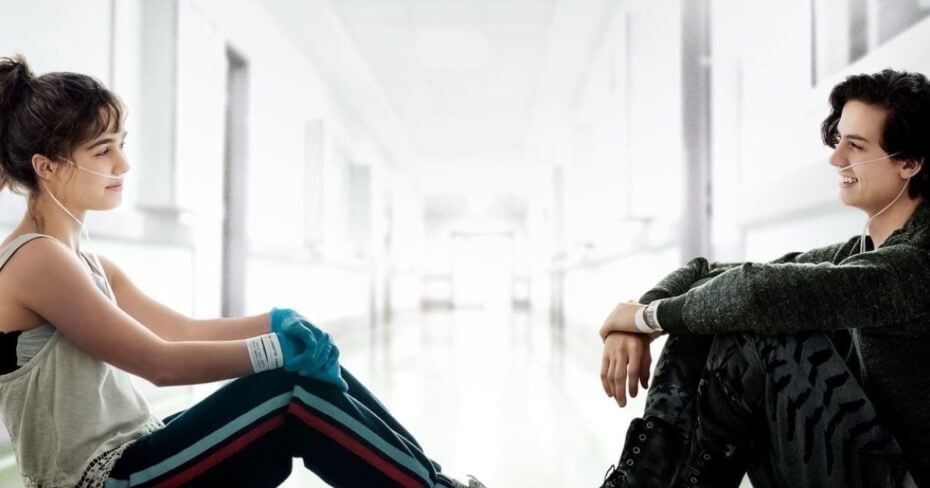 But while cystic fibrosis patients' lives are typically cut far too short (average life expectancy is 47 years old), their memory can live on and on in unique ways, outside of just sharing funny anecdotes and reliving photos and videos.

Kristen Brockman, former host of FOX TV's Hollywood Today Live, lost her beloved sister, Kelsi, to the disease in Sept. 2016. Before her passing, the strong-willed fashionista was in the hospital for a total of 350 days, during just 2014-2016.

Kristen has since taken a hiatus from the glitz and glamour of interviewing celebrities and attending red carpet events to focus on The Un-Bucket List, a blog that follows her journey completing everything on Kelsi's "un-bucket list"—something quite common among CF patients, realistic about their future.

"In Five Feet Apart, Stella has a master to-do list, which is essentially a bucket list of things she wants to do in her lifetime, like speak fluent French and play the piano," Kristen tells Sweety High. "Shortly after Kelsi passed away, I stumbled across her own master list. Except this wasn't your typical bucket list… it was her un-bucket list—a list of things she wanted to do before she died, but didn't think she'd live long enough to complete."

Kristen didn't know off the bat that Kelsi had this particular list, though she began looking for lists of another kind when she came upon this one.

"Kelsi always told me she was leaving notes behind for when she died," Kristen explains, "But this list included things like what dress she wanted to
wear and what songs she wanted played at her funeral; and what quote she wanted her on her gravestone. Can you imagine having to make that kind of list so young? When I was looking for those instructions, I came across 'The Un-Bucket List.' I Googled 'Un-Bucket List' to see exactly what it was or where she might have gotten it, and mostly what I found were lists of things people never wanted to do—and I think for Kelsi, she truly never believed she would do these things."

It didn't take long for Kristen to get the ball rolling. Since launching her blog and kicking off her journey in 2017, the Los Angeles resident has visited San Francisco, the legendary Biltmore Estate in North Carolina, New Orleans for Halloween (one of Kelsi's favorite holidays) and hugged a sloth (#goals, obv!). Kristen prefers to keep most of the remaining unchecked boxes a mystery, as she wants to keep things interesting by revealing them as they happen.

That said, she has revealed something, and there's a major charity component that accompanies it.

"There was one really crazy thing Kelsi always wanted to do: go skydiving!" Kristen says. "Currently, I'm fundraising $100,000 for the Cystic Fibrosis Foundation, and will check skydiving off the list when I reach my goal. It's something I always knew she wanted to do, but something I never wanted to do, which is probably why I set my fundraising goal so high—I'm not jumping out of a plane for less than $100k!"

Despite hospital stays and distance (Kelsi lived in Kentucky, where Kristen is from), the sisters shared an incredibly close bond. In fact, health permitting, Kelsi would come out to L.A. at the end of each year for the 65 Roses Climb to cheer on Kelsi's Klimbers, a group of Kelsi and Kristen's closest friends and CF supporters who climb dozens of stairs to raise awareness and funds for the cause. The climb continues on, and has grown immensely, currently taking place at the beautiful, gigantic Rose Bowl in Pasadena, California.

The CF Cure Will BEE Found! ???? Thanks to our awesome team and every single generous person who donated, Kelsi's Klimbers raised $24k for the @cf_foundation at the CF Climb this weekend!!! I'm also happy to announce I can finally walk normal again after climbing 3300 steps. ???? I know our little Kelsi Bee was was climbing right along with us. So happy she got to attend this event twice before and truly see how many people loved her. ???? We'll keep fighting for everyone living with #CysticFibrosis! #kelsisklimbers #teamkelsi #cfclimbla

"Losing someone so close to you, especially someone like your little sister, is one of the hardest things someone can ever go through in life," Kristen says. "You can spend your life dwelling on that devastating loss, or you can take your experience and turn it into something positive. And that's what I'm doing with Kelsi's list. I honestly feel like this is a gift she left to me, even though I probably wasn't supposed to find it. I thought completing this list would be a good way to raise awareness for cystic fibrosis, and then I thought I might as well raise money for the organization, too."

There are 10 items total on the list. Next up is a walk through Central Park in New York City with Kelsi's two dogs, Honey Bee and Peach.

"These are real small-town dogs in Kentucky, so it could get interesting
in the Big Apple!" Kristen says with a laugh, adding that, besides keeping Kelsi's memory alive, "The best part of this experience so far has been
doing things I normally might not have done otherwise, and absolutely loving them. I'm so thankful for this awesome journey she has sent me on!"

Kristen's already raised almost half (!) of her $100k skydiving goal. If you want to see her jump out of a plane, donate to her CF fund HERE!

If you're in the mood for more feel-good content, click HERE to read inspiring life lessons I learned from chatting with a reality star.