There's no reason for us not to love Nickelodeon's Make It Pop, and we wouldn't be surprised if you're a fan, too.

But just in case you're not convinced, start paying attention to the show's star Dale Whibley.

He's adorable on-screen and IRL, so it was great to get to know Dale as our #MCM this week. Read on to find out what he had to share with us all about his life. 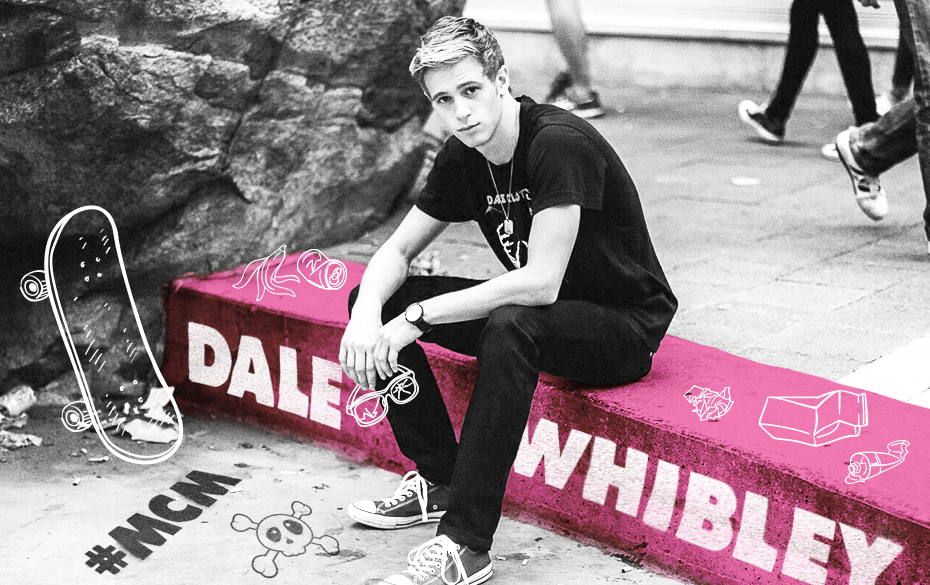 1. His first acting role was a major '90s toy throwback. It doesn't get any cuter than a Care Bears commercial when he was five.

2. His low-key ambition is to train in Parkour. Judging by this video, he at least has the first steps down, right?????

3. His coffee mug game is on point. He even told us he has "a small, but growing collection."

4. His DJ skills extend far past the show. He also knows how to play a few instruments, too. "I took guitar lessons growing up, but I play the piano," he said. We would not mind him playing us a note or two.

5. He has weird habits just like the rest of us. "When I am on the phone I pace back and forth while I talk," he said. "If I am in the kitchen I will literally walk around the table continuously."

6. He's super adventurous and loves being outdoors. I mean, who wouldn't want to go rock climbing with this guy?????

One more pic from my climbing adventure today ????

7. He totally wins at holiday season. This onesie is everything and we will be looking out for more awesome content like this on his Insta page these next few months.

MERRY CHRISTMAS EVERYONE! Ill be sleeping comfy tonight in my Doctor Who onesie ???? ????

There have been times we wanted to hang with the Make It Pop peeps, but we also can't forget about THESE five times we definitely wanted to be part of the Stranger Things crew on Emmys night.