Everything You Ever Wanted to Know About Actor Daniel Pinder

You only have to see Daniel Pinder in one scene to understand why he's such a captivating actor.

His first-ever role as a skateboarding thief on Chicago P.D. also landed him a role as a skater in Zac Efron's We Are Your Friends, and he also happens to be in the process of writing a book. We knew we had to learn more about Daniel, and we got him to spill to us as our #MCM this week. 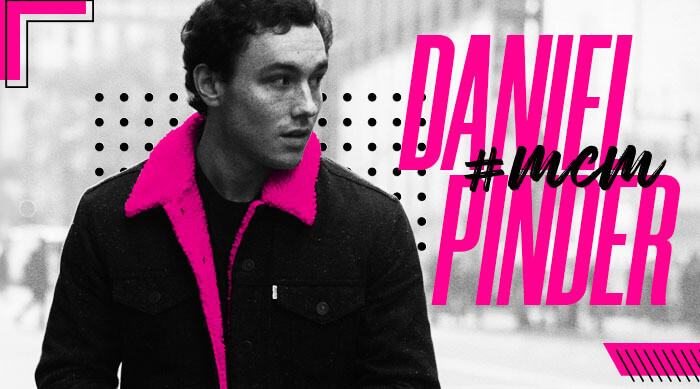 1. Daniel says he's a big fan of animals, and always had pets growing up.

"I have two cats, Boo and Echo, and two dogs. One is a Shiba Inu called Kita, and I also have a Pit Bull named Zeus that I adopted from a shelter in North Dakota. I rescued Boo from a farm back when I was in high school. She's my ride or die."

3. His first big break was a role on NBC's Chicago P.D.

"Working on that show as my first acting job was probably the best job I could ask for. The casting team in Chicago for all of the NBC shows are the friendliest people around, and the whole cast and crew really put their hearts in everything they do. I can't forget all of the nights I had deep dish pizza while on set. It may not be New York pizza, but deep dish holds a special place in my heart! I love Chicago."

4. At the moment, his favorite YouTube channel is "Only in Japan."

5. He considers himself both an early bird and a night owl.

6. The last celebrity he got starstruck over was Brain Tee from Chicago Med.

"I'm a big fan of his work. I first saw him in Wolverine. The dude seems super cool."

7. The last show he binge-watched was The Mandalorian on Disney+.

"I recently have gotten into Star Wars more, so this show was the icing on the cake."

8. His favorite thing about himself is the powerful love he has for those close to him.

"I'm very loyal to the people I truly care about. if they ever need me, they know I will do anything to be there for them."

9. His favorite dish is his grandmother's famous spaghetti and meatballs.

"I'm Italian, so Italian food is my weakness. My grandmother was my all and I miss her deeply, so this dish is still my favorite whenever my mother or I make it. Eating her recipes brings back so many amazing memories—the kinds of memories that make you almost able to close your eyes and be there once again. I love it."

10. He aspires to be a husband and dad one day.

"Having a family has always been my dream and I cannot wait to have kids one day. I'm a family man."

11. Daniel is an extremely empathetic and caring guy.

"I think one of the biggest things that makes me me is how understanding I can be when someone is sad, mad or whatever they may be. I was abused when I was a child, so I know how moods can switch and I personally believe it's okay to not be happy all the time. It's important to feel. I'm in the middle of writing my book, My Beautiful Catastrophe, that will be released later this year. It's about my past, and how I continue to overcome it."

Daniel is definitely Man Crush material, and you can click HERE for our favorite Insta captions for all your #MCM posts.