Daniel Skye started posted videos of him singing to YouTube and Instagram just two years ago and he's already released plenty of chart-topping songs since. We are constantly inspired by the perseverance Daniel has in following his dreams. And as he continues to turn his dreams into realities, he is always making sure his fans work hard at achieving their dreams as well. We could've made Daniel our Man Crush Monday for that reason alone, but we have plenty more reasons why he earned the title this week. 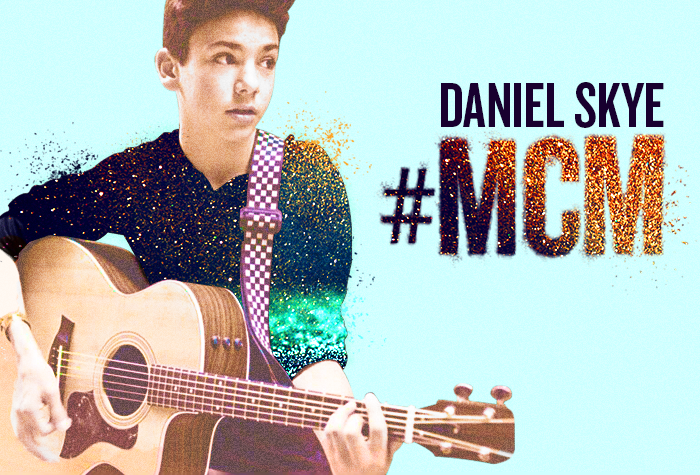 Zodiac Sign: Gemini (You may very well be his soulmate if you're a Libra or Aquarius!!!)

Strangest Fear: A guitar string popping and hitting him in the face onstage (OUCH!)

2. He would love to collaborate with Taylor Swift. We are counting down the days until this actually happens.

3. On December 13, Daniel performed his FIRST L.A. show ever. During the show, he also filmed scenes for his "We Got Us" music video.

4. He started playing guitar and writing songs when he was 13 years old. That was only two years ago and look how far he's come!

5. He's always making sure every single one of his fans knows they are beautiful in their own unique ways — AWE!

6. Daniel has a bulldog named Wheezy and she's arguably the cutest thing ever.

7. He doesn't watch any TV, because he prefers to do more outdoor activities.

Daniel shared the inspiration behind his song "Maybe" with us and you can find out what it is HERE.