Dara Sisterhen is an 18-year-old singer-songwriter who recently released her first EP, Boom. We caught up with Dara to talk all about the new EP, as well as Dara's musical journey. 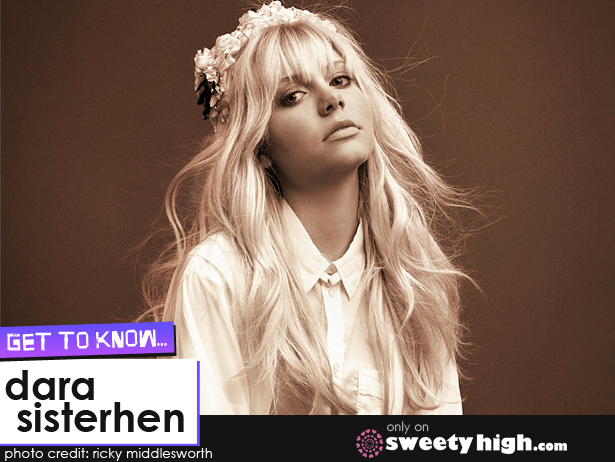 Since we last interviewed Dara at the Girl Scout's Girltopia event, Dara recorded her Boom EP and released it to the world on August 26.

"It was great to get back in the studio and lay some new tunes down," Dara said. "It's always a great environment."

Her latest single, "Sets Me Free," premiered in July. Dara is constantly traveling because of her life as a musician, and when she came home last summer, it barely felt like home.

"I just wrote the song when I was in my hometown and it was basically inspired by the inevitable change I was experiencing," she said. "We all go through it. But songs are interpreted by the listener, I believe."

The rest of the songs on the EP are an eclectic mix of the best music Dara has been working on over the years.

"Some of the songs were written during studio sessions and others are a couple years old," she explained. "I've been writing songs for quite a while and just gathered up a few of my favorites. It's hard to pick only 5."

Dara aims to use her music not just to entertain, but also to inspire.

"Honestly I'm just aiming to empower people in general," she said. "Music is an escape method from reality. I'm just here to entertain and relay messages to comfort or provoke action."

For updates on the Boom EP and upcoming musical engagements, keep up with Dara on her social pages, listed below! You can join us at Sweety High to share your own musical story with us!

And if you love Dara Sisterhen, also be sure to check out our previous interviews with her here and here!