Terrible at Remembering Names? These Tips from a Guinness Record-Holder Might Help

Have you ever asked someone their name, realizing later you never learned it because you didn't actually listen for the response?

This embarrassing situation is pretty common—and there's a scientific reason it happens. Still, there are a few ways we can train ourselves to get much, much better at learning people's names and making them stick. Brain Hackers creator Dave Farrow knows this better than just about anyone.

After being diagnosed with ADHD and dyslexia as a kid, Dave wanted to prove that despite his academic struggles, he could do anything he set his mind to. He put his sights on achieving something incredibly ambitious, and he did it, not just becoming a successful entrepreneur and best-selling author, but also securing two Guinness World Records for having the greatest memory. He shared a few of his favorite memory tips for learning names with us in a recent interview.

SH: Why can remembering someone's name, even if they've just introduced themself, be such a challenge?

Dave Farrow: First, there's a mechanism of connecting information. Names and faces are particularly difficult for the brain to connect, even on a good day when you're fully focused. Second is your ability to pay attention. In social situations, our minds have these mechanisms for paying attention to a lot of things, from reading the room or someone's mood to whether you should hug someone or not. Our brains are hardwired to pay attention to so many things, and names are just not on that list. It doesn't think it's all that important, even though socially it's critical, and after the encounter happens, you realize you weren't paying attention to the name. 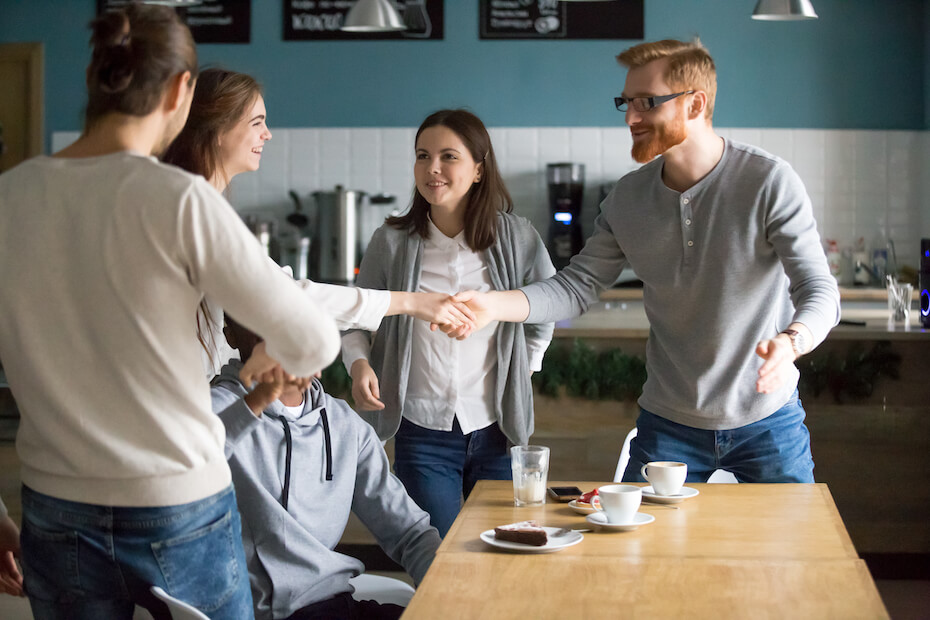 SH: What are the biggest mistakes people make when they're trying to learn names?

DF: Using the wrong strategies for remembering names can be a big mistake. Sometimes, people start objectifying others. They don't intend to, but because using doing a technique, it feels like they're making a sale or using a played out pickup line. Ironically, when you're paying attention internally and trying to do mental gymnastics, it can come across as very fake. A person who repeats your name back seven times trying to memorize it ends up sounding kind of crazy because nobody does that in typical situations. My advice is to be natural. Don't overdo it or try to do it all at once, and introduce these strategies a little bit at a time so that it seems organic.

SH: What's the easiest way to start training yourself to remember names?

DF: To really get people's names down, it's best to think of it as a habit. Don't beat yourself if you don't get it perfect right away, because it needs to be built up, and it's best if it's practiced on a daily basis.

First, get curious about names. When we encounter people, we tend to pay attention to everything but the name. One little trick to help you pay attention to names is just to ask questions. It's a conscious thing you have to decide to do, so it's a good idea to have little reminders, maybe on your desk, on your nightstand, in your car or in your wallet, to play this little mental game.

When you get on the line and say, "I'm Amanda," my brain goes, "Oh, that's a name!" It wants to jump on that. It'll pay more attention. Asking yourself these questions will focus the brain more than anything. Play this game every single day, just a little bit. Some of my students have practiced asking themself that question at least 10 times a day, and if they don't, they go on Facebook and look at people's faces to wonder about their names. It's not necessarily natural to focus on names, so it's something you have to actively do, but after a good week, you'll find that you just pay attention to names when they pop up.

SH: Are there other tactics you use as well?

DF: My other biggest utilizes a more complex strategy. My online course about memorizing names takes a good hour just because there are so many different names from so many different backgrounds and language groups. While I recommend people learn it properly and adopt the full technique, the secret sauce behind it is in figuring out how to visualize a name. If someone walked in your office, and their first name was Chair, you would have no trouble remembering this person's name. What a weird name! But it's also a very physical name. It's a thing. All of a sudden, that's something you can visualize. It sticks in your mind much more than an average name. A name is just a conglomeration of sounds that has no meaning to us, but when we turn it into something we can visualize, it sticks.

With someone named Mike, if you imagine them dressed up as a giant microphone, you're much more likely to remember their name. Imagine Bob poking himself with a bobby pin, or Dave surfing a wave. That was my big one, for my own name.  It sounds silly or even childish, but it works, and we even do it in business. I've had people do networking with this. One of my customers had the last name Coelho, and in Portuguese that means rabbit. We just put a picture of a rabbit on his business card, and suddenly it was a conversation starter. People would call up and say, "Hey, I want to talk to the rabbit guy," and his incoming sales leads doubled because people remembered his name. 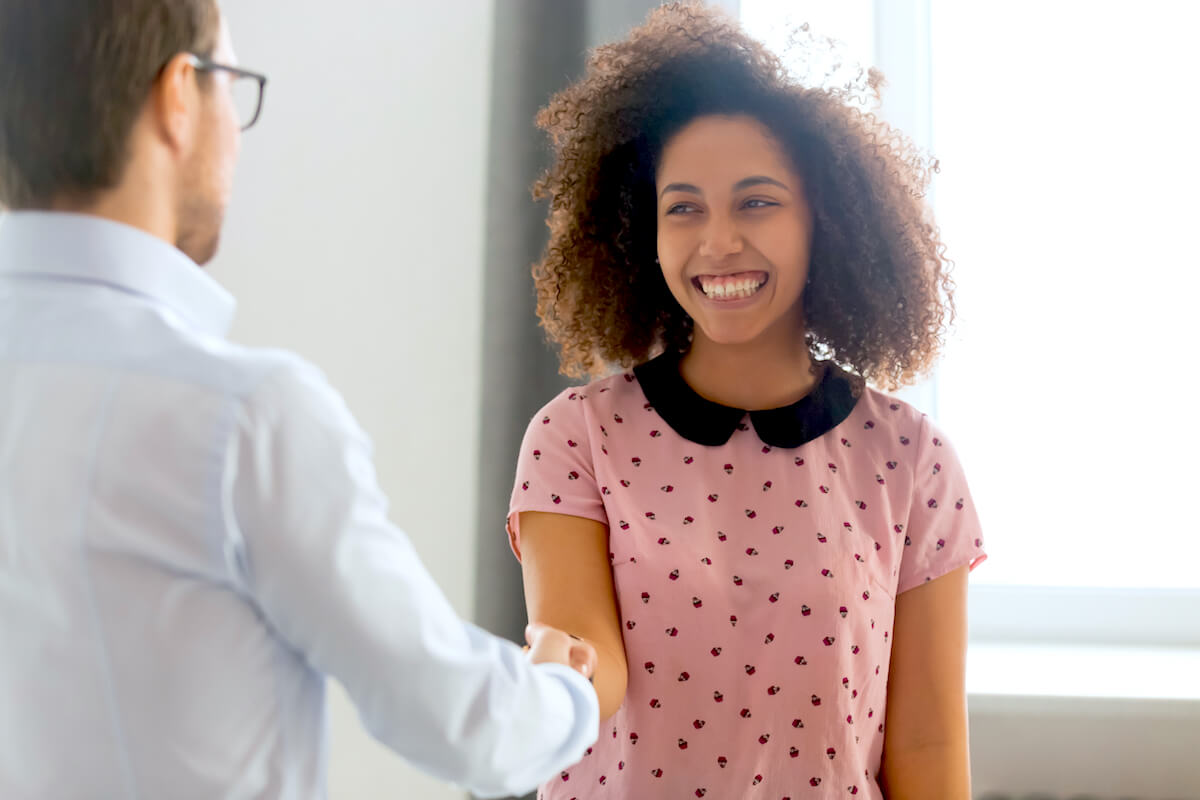 SH: How do you personally use these tricks to help people remember you?

DF: The logo for my company, Farrow Communications, is an F with an arrow coming out of the center of it. It's really stylized and cool, and when I show people, I always tell them it's how you spell my name—F, arrow. Before I had something as sophisticated and corporate as that, I did a play on words with an Egyptian theme. I would tell people to imagine I'm dressed up as the pharaoh of memory, and it had the same effect. After telling people how to link up my name, people remembered even after a year or two. I'd come back the following year for orientation and there would be students who knew I was the pharaoh of memory, even though they couldn't remember what they'd had for breakfast the day before. That's how our brains work. It likes to turn things into concrete, physical objects and visualize them. I suggest people learn it properly, as there are certainly a lot of names out there that require a lot of practice, but it really does work, and it's surprisingly easy.

SH: Why is it so important to be able to link people with their names?

DF: It's the best skill you can have for your career. We've read great letters from people who tell us they got promoted because they remembered enough people's names. They were called leadership material and go-getters, all these different things, and all they were doing was playing this game in their heads. Most of the time, they weren't even doing it to get ahead in life. They were just doing it to improve their memory, and it had this extra benefit.

People really appreciate it when you remember their name. Often, people don't even mind if you have a technique. You don't have to convince them you're some natural genius at remembering names. I actually pull the curtain aside and tell them the steps I took to remember their name. For "Amanda," I think of a mandrake root. When I hear the name, I link it up, and even though I haven't seen you in person, I link it up to this interview, and that allows me to remember the name throughout the interview. It becomes almost habitual. I'm telling you how I'm doing it and revealing the secret sauce. I'm not aggrandizing myself by saying I'm doing this amazing thing. But people really do appreciate the effort of just trying to remember their name more than anything. A human being taking a moment to try to play with your name so they can remember it can elicit a really powerful emotional response. People really feel special.

SH: What did the experience of really honing these skills teach you?

DF: I'm a really big believer in multiple intelligences. Intelligence, capability and even credentials aren't a straight line, particularly in the digital age. There are a lot of different options for people, and you never know if you're going to learn something on YouTube that's going to become your career. You can't take someone at 14 years old, give them a test and know what their life is going to be like. You might be able to learn about their dreams and passions, but I don't believe you're predicting anything. Every single person out there has something brilliant in them. If they're not scoring high at school, there's always something else they can excel in. I had a setback and asked myself where it might turn into an advantage later on. That's the philosophy that got me through this. 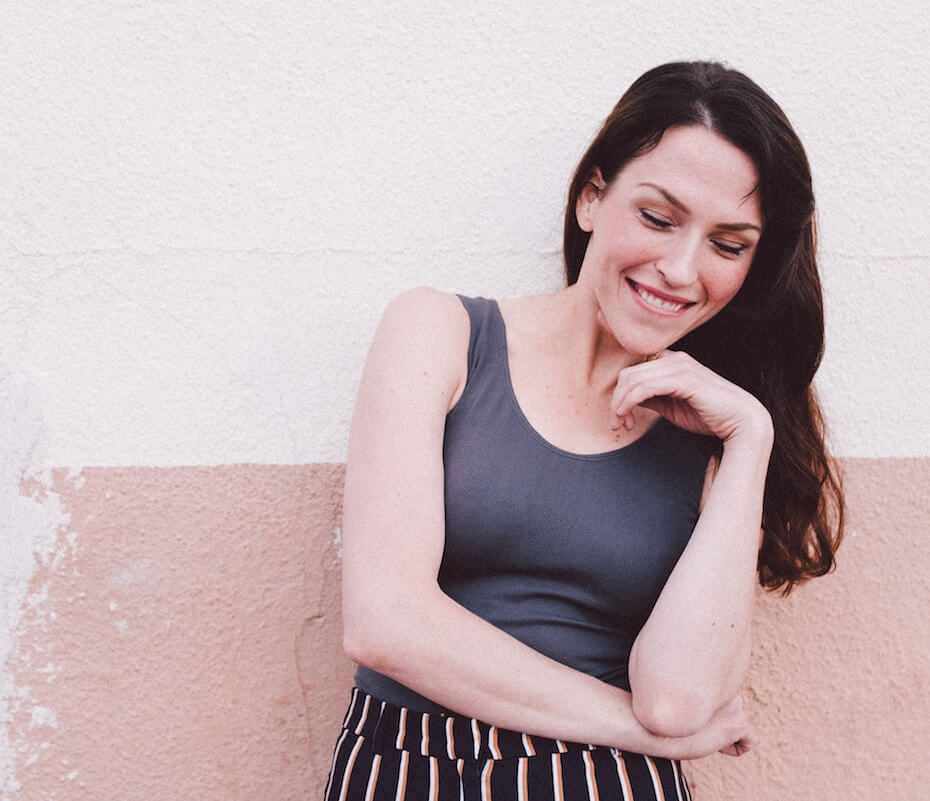 Want to learn more mind-boosting tricks? Click HERE to learn how you can use scent to strengthen your memory.