Find Out All About David Scarzone's Hobbies, Passions and Taste in Movies

Our new music radar has been picking up some good vibes lately and we think it's all thanks to David Scarzone.

The music video for his latest song "63" is out and we can't think of a better thing to do on a Monday than tell you about how truly amazing both he and his video truly are.

Read on to find out about his passions, taste in movies and cool action figure collection! 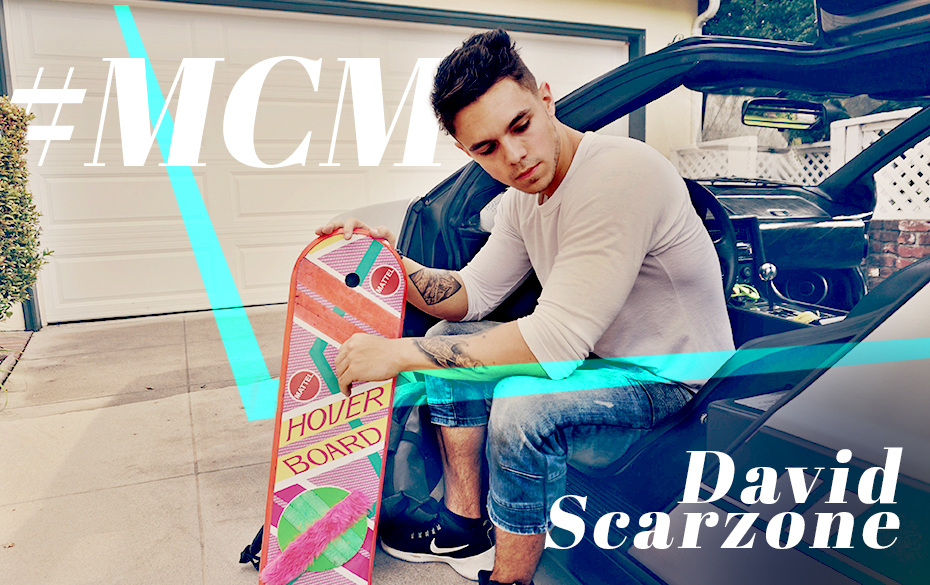 1. He was a backup dancer before crossing over into music. We can tell. He has some moves you need to see to believe.

2. He is a self-proclaimed geek whose favorite things include Marvel, '80s movies, video games and anything science fiction-related.

3. His alternative career path idea sounds equally awesome as the one he's already on. "If I quit everything [I'm doing] now, I'd probably become a professional video game tester or work at Comic Con," he told Sweety High. We think he'd be pretty successful at it—he has a pretty legit game face.

#TBT you have no idea how intense these games would get…

4. He collects so many action figures that his studio is "filled to the brim with them."

5. He loves Italian food and hanging out with the fam on the weekends. "Both sides of my family are Italian," he shared. "I miss them a lot. Family values are big for me." We don't blame him, their holiday throwback pictures completely slay (yep, we went there).

6.  Although he once dreamt of pursuing video game-testing as a career, he wouldn't have things any other way than they are now. He is super passionate about producing, singing, acting and dancing. He does his best "to incorporate all of those [things] when putting together music videos and short films," he said. You'll have to watch the whole video to see just how great it is, but we can confirm he incorporates those things with style and ease.

7. His all-time favorite movies include the first and second Back to the Future movies, Stand By Me, Dr. Strange and Inception. If you're as big a fan of Back to the Future as we are, then you'll totally appreciate this pic and the fact that his music video was inspired by the franchise. Always make sure your #mancrush has equally awesome taste in movies, ladies.

Shot a movie today, with a delorean, and a hoverboard AND at Marty Mcfly's actual house from the film … coming soon ???????? #backtothefuture #martymcfly #delorean