Everything You Wanted to Know About On the Outside's Dawson Huckabee

If you've been swooning over the country-pop boy band On the Outside lately, you are far from alone.

OTO offers something a little bit different from the other ensembles out there, and we've been keeping a close eye on them the last couple of years as they've been releasing tune after catchy tune, and their Make Positivity Go Viral campaign is spreading the love even further.

We thought it was about time we got to get to know the boys a little better, and this week, we're doing that by featuring member Dawson Huckabee as our Man Crush Monday. 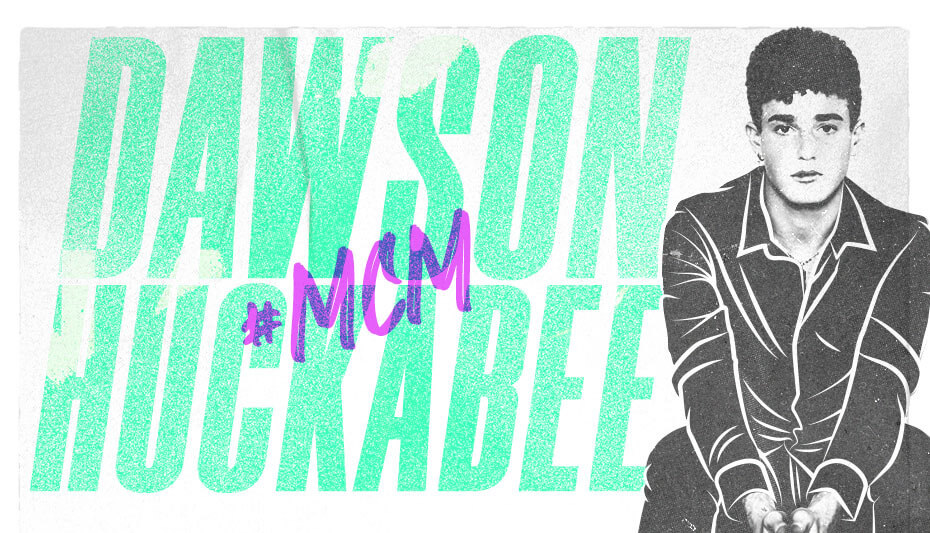 1. Dawson's dream vacation is a trip to Australia to see the Great Barrier Reef.

2. He prays before every show or performance.

"It calms me and gets all of my anxiety out."

3. Soul is his favorite Disney film.

"It's literally the most touching Disney movie I have ever seen."

5. If he could pick anyone from history to be his mentor, it'd be Prince.

6. People often come to Dawson for help when they want an opinion or guidance about a situation.

"I think I give good advice."

7. His most cherished dishes from home are his dad's stir fry, spaghetti and grilled chicken.

8. He got noticed, and was blessed with the opportunity to become a part of On the Outside, after going all out, posting his covers all over the internet, on every social platform he could.

9. He says his role in the band is being a keeper of the peace.

"I'm a good ear if anyone needs it. I would also say I bring youth to the band."

"In a world where social media plays a huge role in our lives, too often we're fed negativity. I love the idea of taking my platform and helping the world be a more positive place. We hope our #HowBeautifulChallenge reaches people that need that positivity. Loving one another is really the key."

11. Above everything else, Dawson is a family guy.

"I love my people, even if you're not actually a relative. I'm a big believer in 'you choose your family.'"

Crushing on the On the Outside boys every week? Click HERE for our favorite quotes to use as your Man Crush Monday captions.