The Definitive Ranking of the Best Fictional Elephants

It's easy to categorize elephants as your favorite animal.

I mean, what's not to love? From their adorable floppy ears to their outstanding memory, it's clear that these animals are high on the list of faves.

Real elephants aside, they also make for excellent fictional characters in books, movies and TV shows.

Scroll below to get our definitive ranking of the 11 most noteworthy pop-culture elephants:

While pink elephants would typically sound like a win-win, these guys clearly embody the scariest segment of animation to ever exist for children. If you don't recall, these terrifying pachyderms appear as Dumbo's hallucination in the animated classic, and they parade around like figments of your wildest nightmares while singing the song, "Pink Elephants on Parade." Yep, that's a nope for us. 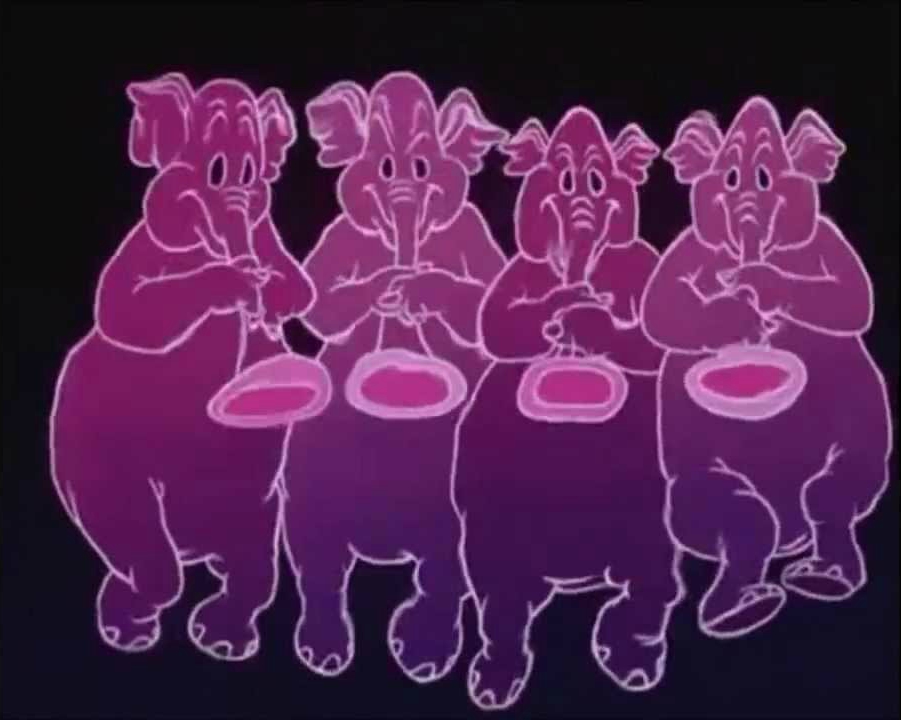 Colonel Hathi from The Jungle Book may just be doing his job, but this Colonel is a bit of a buffoon. Even members of his own herd are ready to send in a transfer! This elephant may be large and in charge, but his loud orders come off as obnoxious noise in the early morning jungle. The best thing about the head of the Dawn Patrol is his cute little son, Hathi Jr., who we'll get to soon. 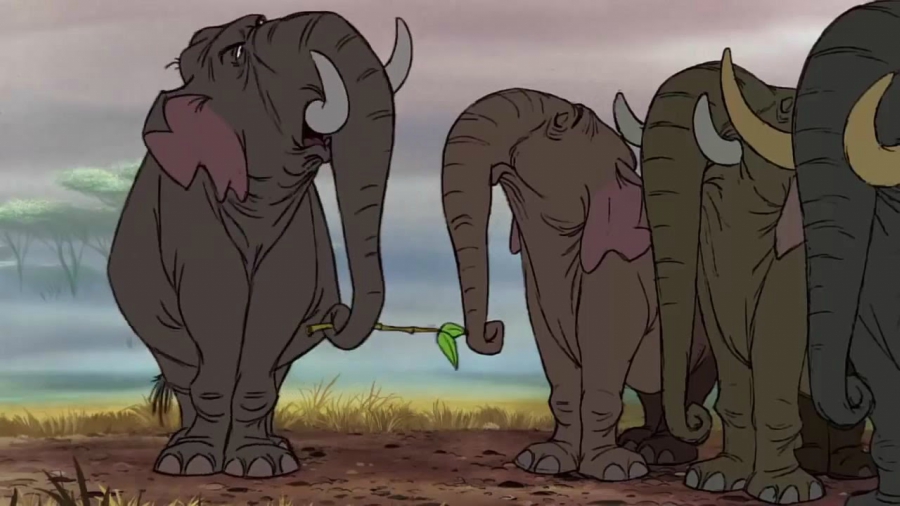 These cute creatures are lower on our ranking because the majority of Heffalumps prove to be enemies of the Hundred Acre Wood clan. While Lumpy from Pooh's Heffalump Movie is actually quite playful and friendly, our general motto for this fictional species is "Hope for the best, plan for the worst." After all, they're notorious for stealing honey, inducing nightmares and running around with the likes of Woozles. But we're also willing to give the benefit of the doubt to these elephant-like creatures because underneath it all, they can be really sweet when they want to be. 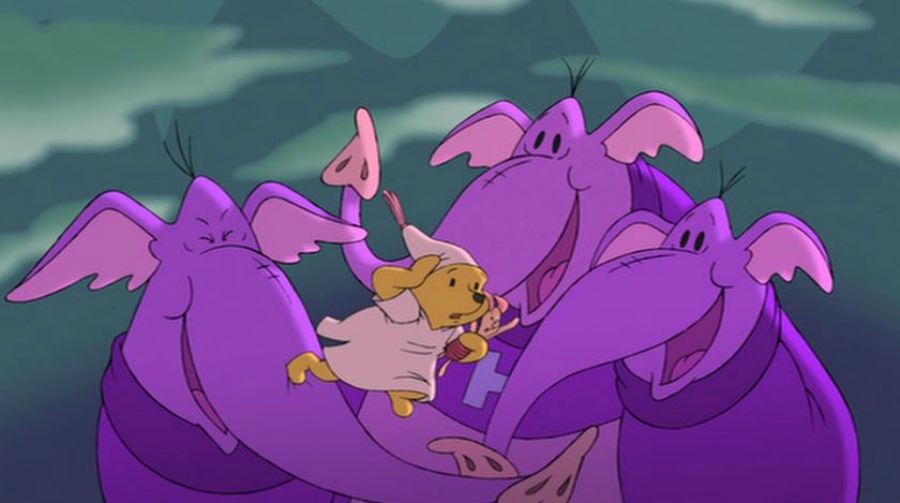 We all have a soft-spot in our hearts for Snuffy, the forever young four-and-a-half year old Snuffleupagus from Sesame Street. While Snuffy comes in at No. 1 in our hearts, he falls a little short on the definitive fictional elephant ranking because, well, okay technically he isn't an elephant. But this long trunked Woolly Mammoth-esque character made it onto our list because we've always considered him a pachyderm with a little extra creativity. He's one of the most iconic residents of Sesame Street while also being Big Bird's best friend, and a friend of "Bird's" is a friend of ours. 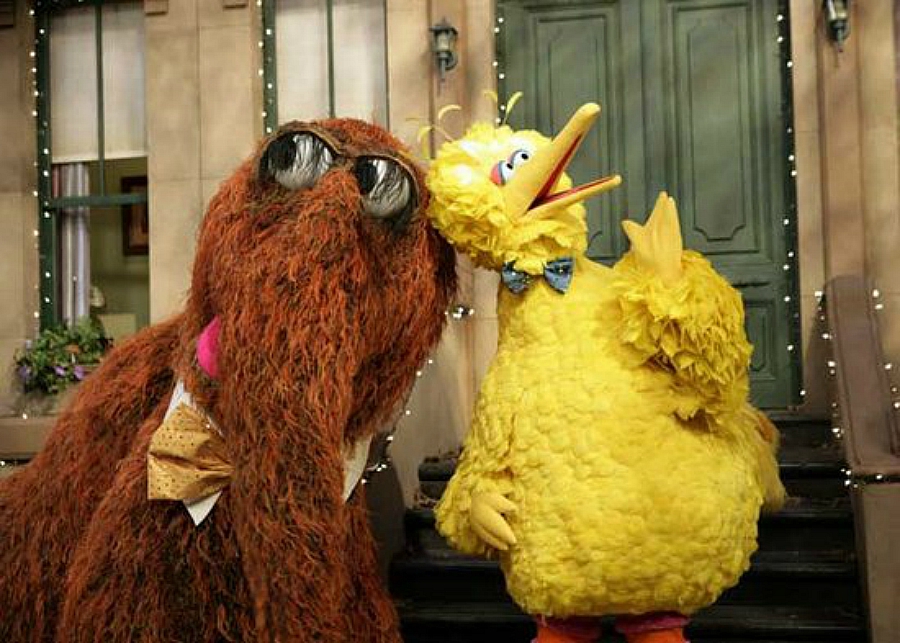 Hathi Jr. is the adorable baby elephant and son of Colonel Hathi from the Jungle Book. To be honest, we would watch an entire spinoff about the friendship between Mowgli and Hathi Jr. because they are just that cute together. From his funny little hairstyle to the high pitched squeak of his soundoff, this mini military elephant is by far the sweetest on the list. Much more-so than his old man, that's for sure. 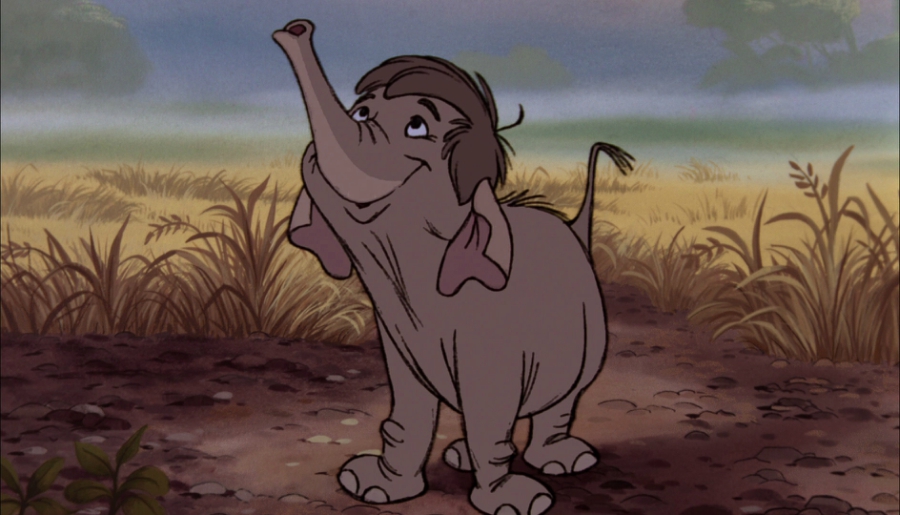 Babar is arguably one of the most iconic fictional elephants of all time. Whether you grew up on the books or the TV show, you know that the real king of the jungle is this worldly elephant. In his earlier life he battled quite a few misfortunes but life got good for him and us both once he was crowned for his accomplishments. It's also impossible not to love this elephant's dignified get-up and red bowtie. 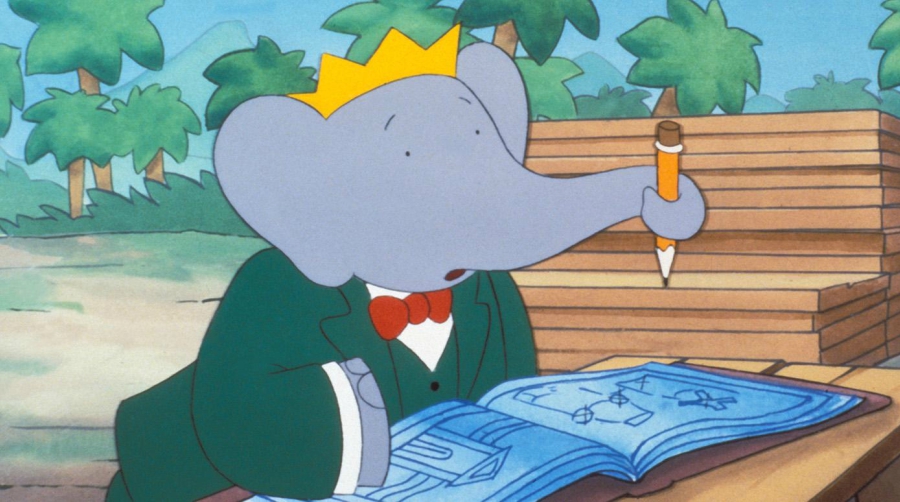 Abu's main form may be a monkey, but his time spent as Prince Ali Ababwa's elephant left quite an impression on the classic Disney film. We love that he wears his same monkey outfit of vest and fez, but we also love watching this scrappy little sidekick try to maneuver as an elephant. Abu provides comic relief in his elephant form because of the unusual transformation, but he also provides Aladdin with a moral compass. Not that we don't love Abu exactly as he is, but we really wouldn't mind if he was an elephant full-time. 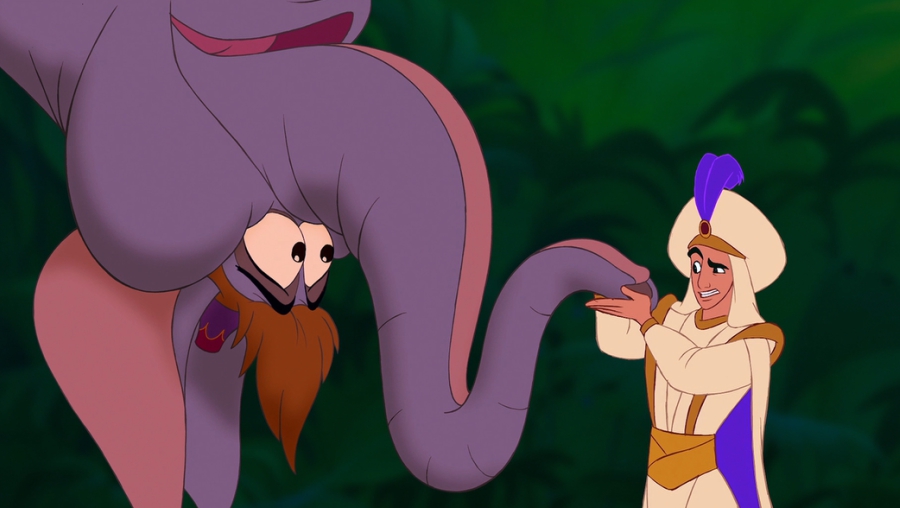 Tantor from Tarzan has one of the biggest character arcs of all the fictional elephants. We know that he's one big scardy cat most of the time, but he also proves himself to be brave in the face of danger which gives this jungle friend some major bonus points. While he has some pretty intense phobias, these moments add tons of hilarity to the movie, and his loyalty lends ample emotion. This elephant is simply a blast to watch on screen as he grows through childhood to adulthood with two of his best friends, Tarzan and Terk. 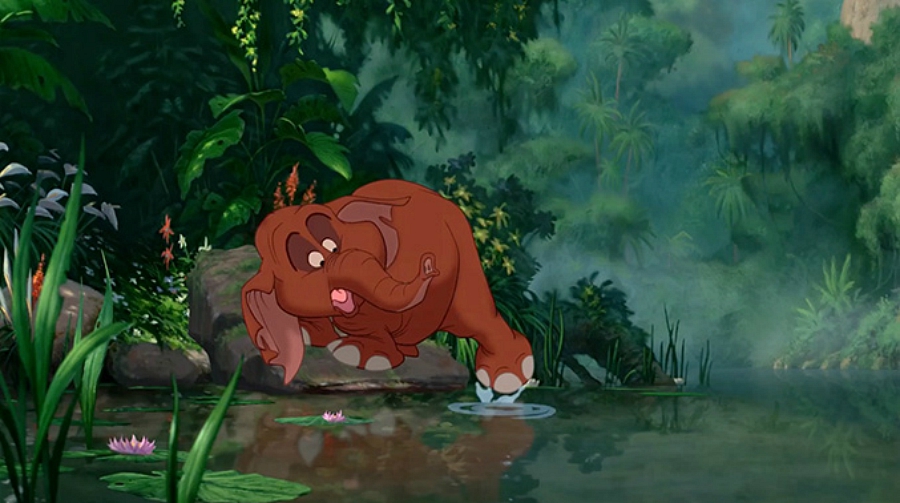 While Manny at first had an icy exterior, this Mammoth melted our hearts the moment he began to lighten up. I mean, who can blame him with the past that he had to endure? But once he formed his unusual herd of mammoth, sloth and sabertooth tiger, this protagonist turned out to be quite the kind and caring prehistoric creature. He may still be prickly at times, but this character gets extra points for being the star of not one, but many movies and spinoffs. 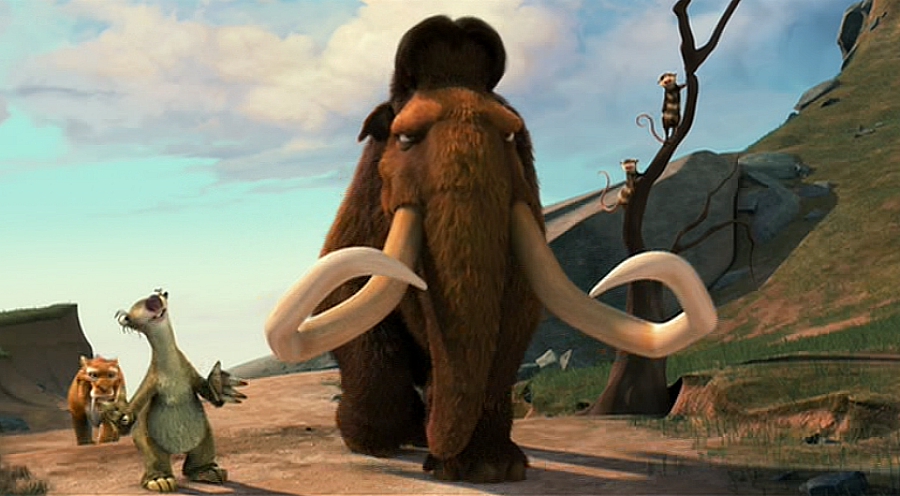 Whether or not you've even seen or finished this old-school Disney movie, you definitely know and love Dumbo. How could you not? Those big floppy ears and baby blue eyes are two characteristics that make this fictional elephant one of our favorites. Of course, you can't ignore the fact that he has the ability to fly! This elephant will make you laugh and cry but in the end, you can't help but fall in love with Dumbo. He was one of the firsts, and he'll always be one of the best. 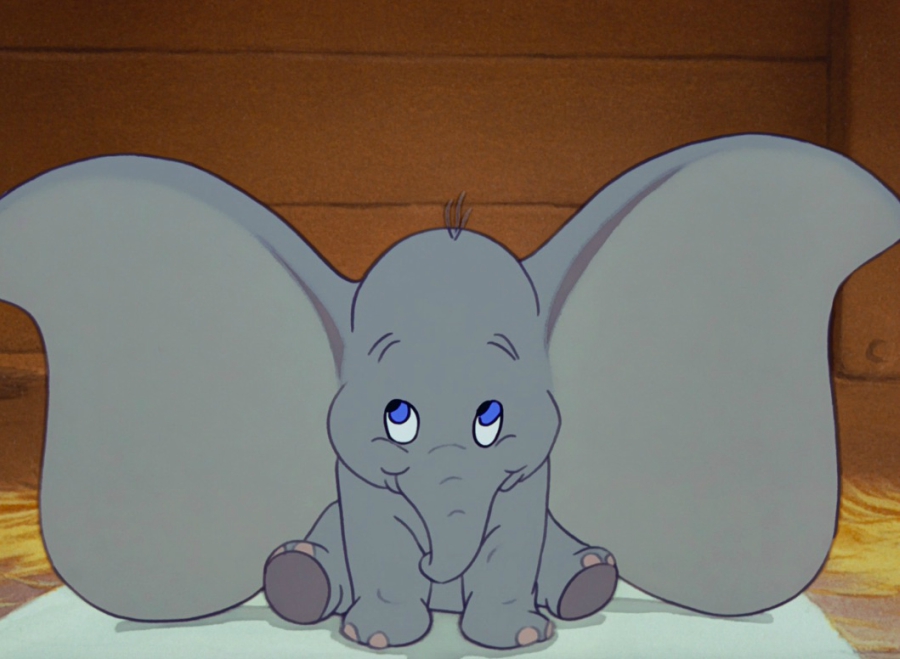 Coming in at No. 1 is Horton of Dr. Seuss' Horton Hears A Who. He's the most caring and gentle of all the fictional elephants and will stop at nothing to do the right thing, even when his own life and reputation are on the line. Not only does he constantly teach important life lessons about friendship and courage, but he's also a total laugh to watch. Be the Horton you wish to see in the world, people. 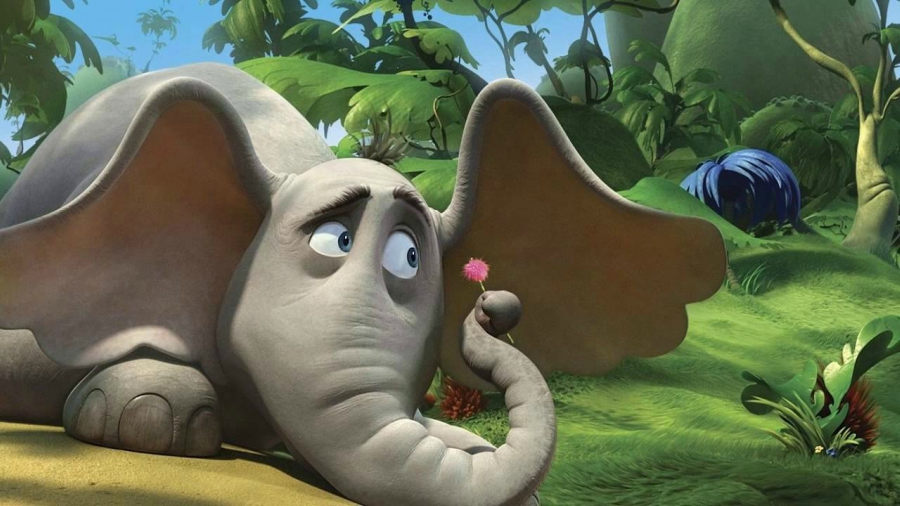 (Horton Hears a Who via 20th Century Fox Animation)

If Dumbo is your absolute favorite Disney character, click HERE to find all of the items you need to show off your love.