When we hear that our favorite video games are being made into big-budget Hollywood blockbusters, we try to keep our expectations as low as possible.

For the most part, these movies fail to hit the mark, often inventing entirely new stories to make sense as movies, and completely losing the soul of what makes the game so beloved. You're lucky when they fall into the realm of so-bad-it's-good. And with loads of video game movies on the horizon, from Resident Evil: Welcome to Raccoon City to Uncharted, the untitled Mario movie and Borderlands coming to theaters in the future, we've got video game movies on the mind.

Want to find out which ones we love, and which ones you should definitely skip? Keep reading for our definitive ranking of live-action video game movie adaptations.

Assassin's Creed may have a formidable cast, featuring Michael Fassbender, Marion Cotillard, Jeremy Irons and more, but the fact that this film clearly had a high budget and was shot well might actually make it feel more lifeless and lackluster. For a film involving hopping between multiple timelines, it manages to be extremely dull, with a complicated (and convoluted) plot that works much better over the course of many hours in a game than it does in a two-hour flick. 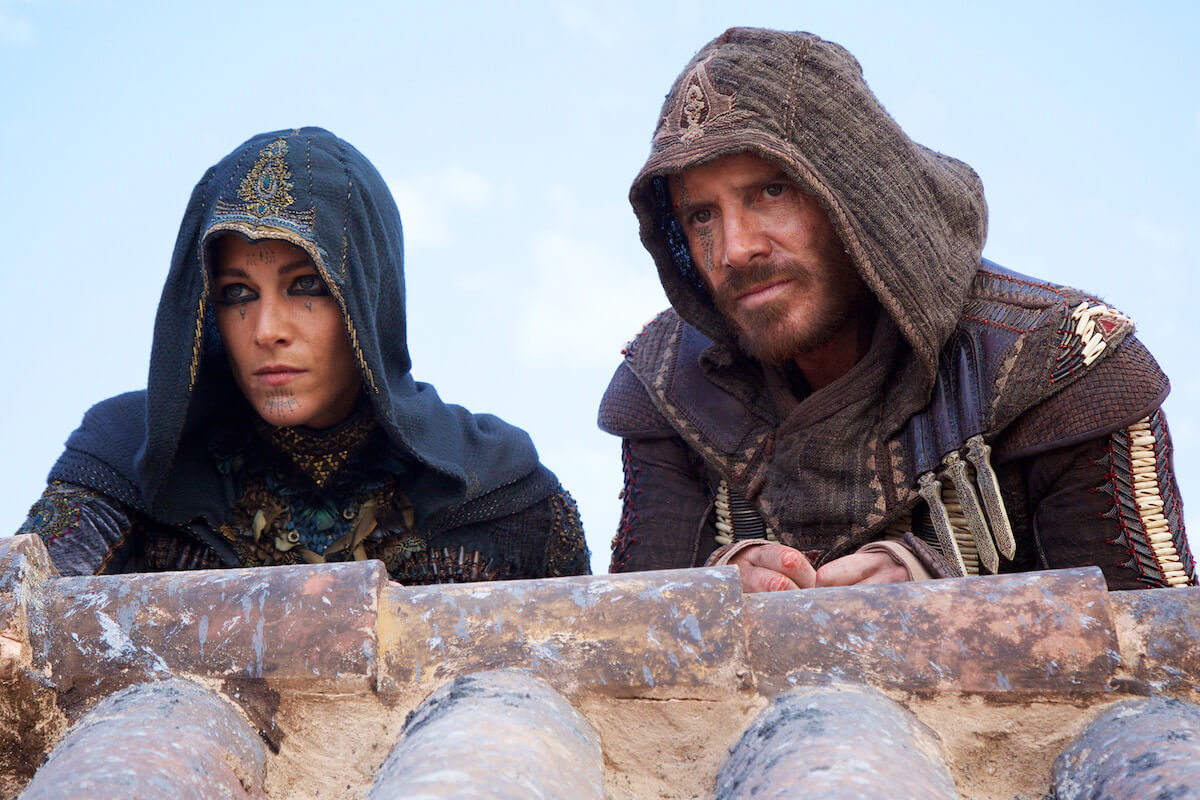 There's something about the Hitman film that just doesn't work. The violence manages to not be any fun at all, so the fact that the plot makes no sense means it doesn't have much going for it. While we'll admit it does have some style, it's also incredibly tedious, and even its action sequences feel like we've seen them all before. The games—especially recent ones—are far superior in every way, and if you want to be entertained without the effort, find a streamer playing one of them and watch that, instead. 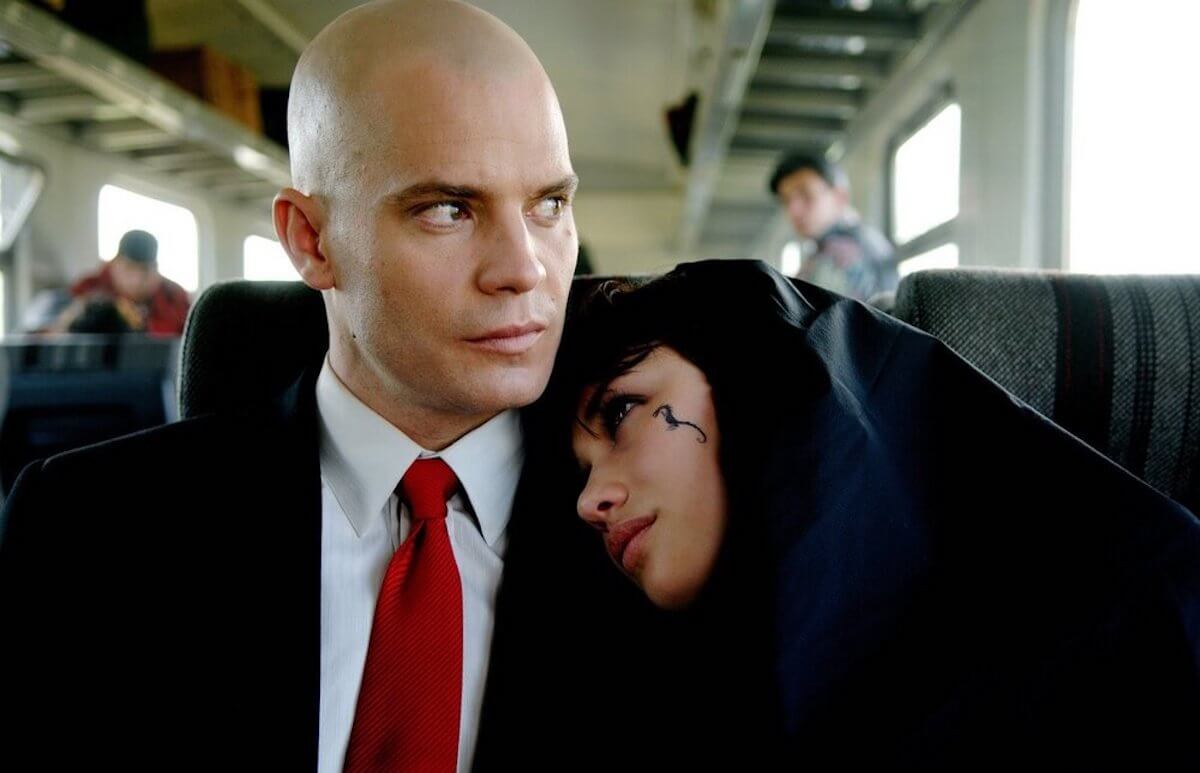 There's a reason that not many racing games get movie adaptations. The Need for Speed video games are all about illegal street racing, so we expected the film to be something like a Fast & Furious movie. The result is much, much sillier than that. After the main character, played by Aaron Paul, is framed for a crime and serves two years in prison, he vows to get revenge. And how does he plan to get it? By beating the man who did it in a street race. It's all slightly ridiculous, and the best way to enjoy it is to focus on the fast cars, and ignore the characters and plot. At least the cars are very fast. 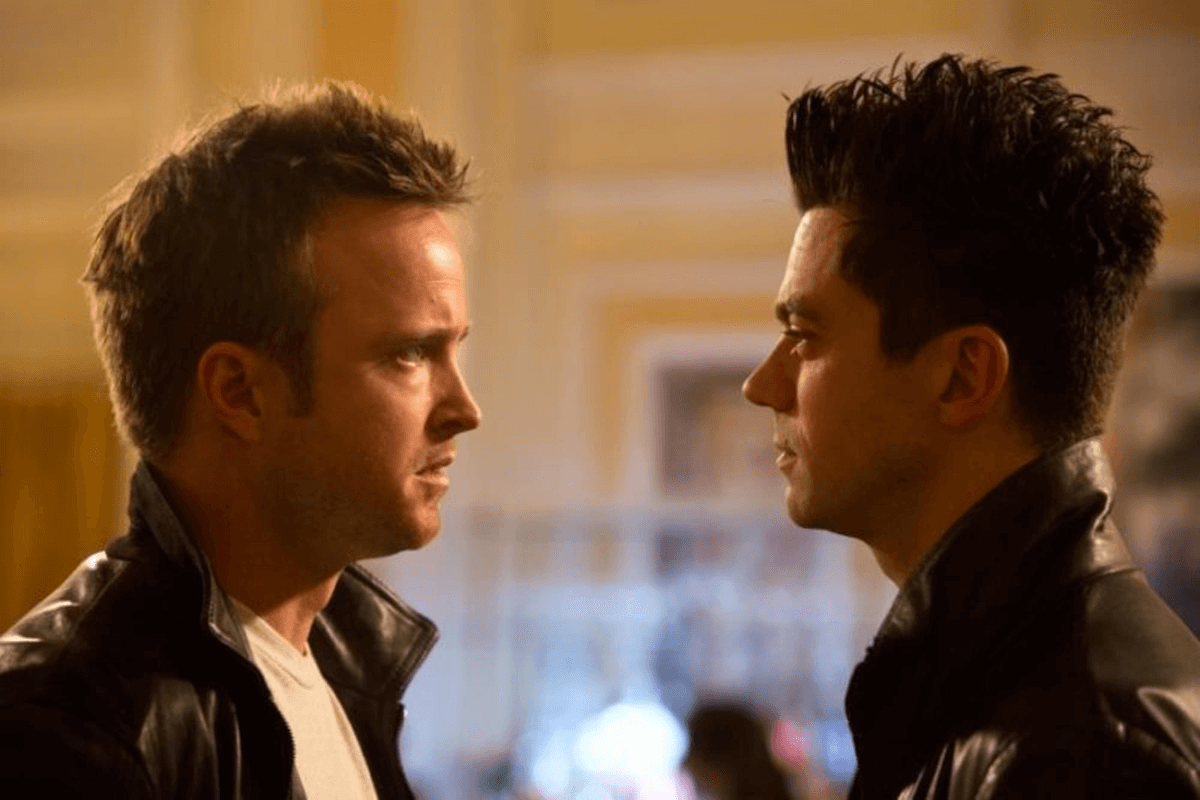 In the year 2021, 2005's Doom all feels like a fever dream. Funnily enough, its stars—Dwayne Johnson, Karl Urban and Rosamund Pike–are all much more famous they were than at the release of the film, but their performances aren't enough to save it from a tired plot. It's also a disappointment that it strays too far from the source material, leaving out the fact that Doom is all about the connection Mars has to Hell, when the demons are the most interesting part of the story. The best parts of the movie are the bits that put viewers into the point of view of a first-person shooter. The rest? Kind of messy, if we're being honest. 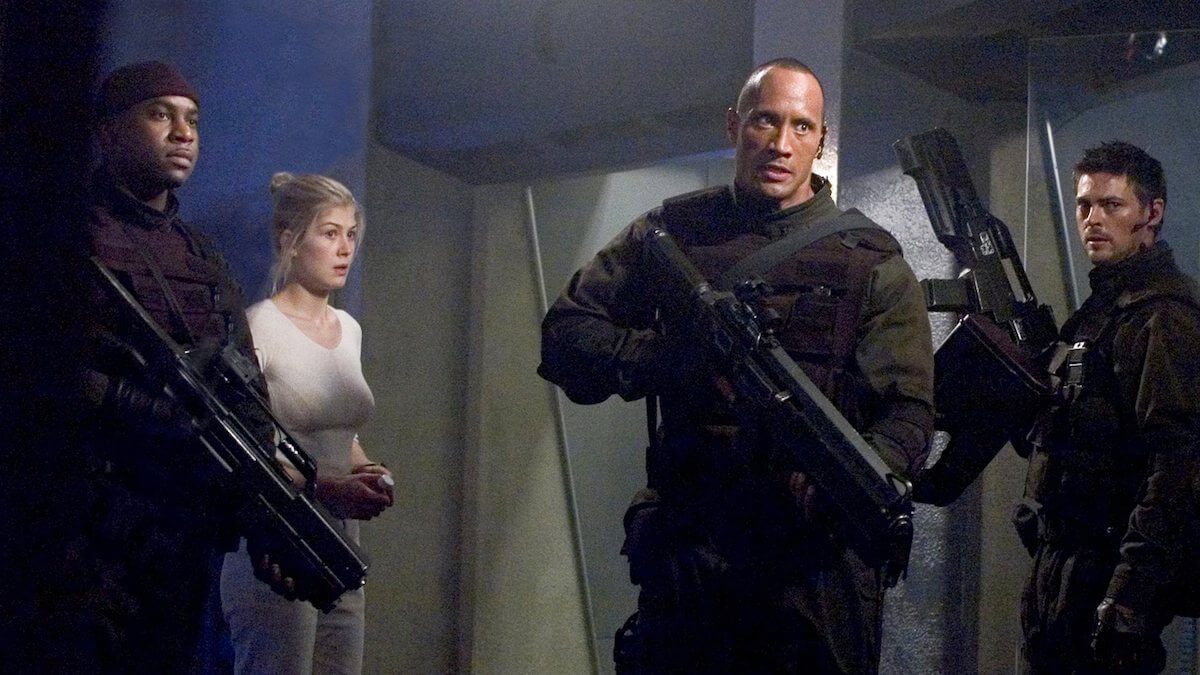 Maybe it's nostalgia, but the fact that this one is pure silly camp makes it infinitely more watchable than the previous films on this list. the story isn't anything original—or even all that interesting—and even the action sequences leave something to be desired. Even so, there is something very entertaining about seeing the game's characters being brought to life in '90s action film fashion, even if it doesn't spend enough time with any of them to actually make us care about their story. 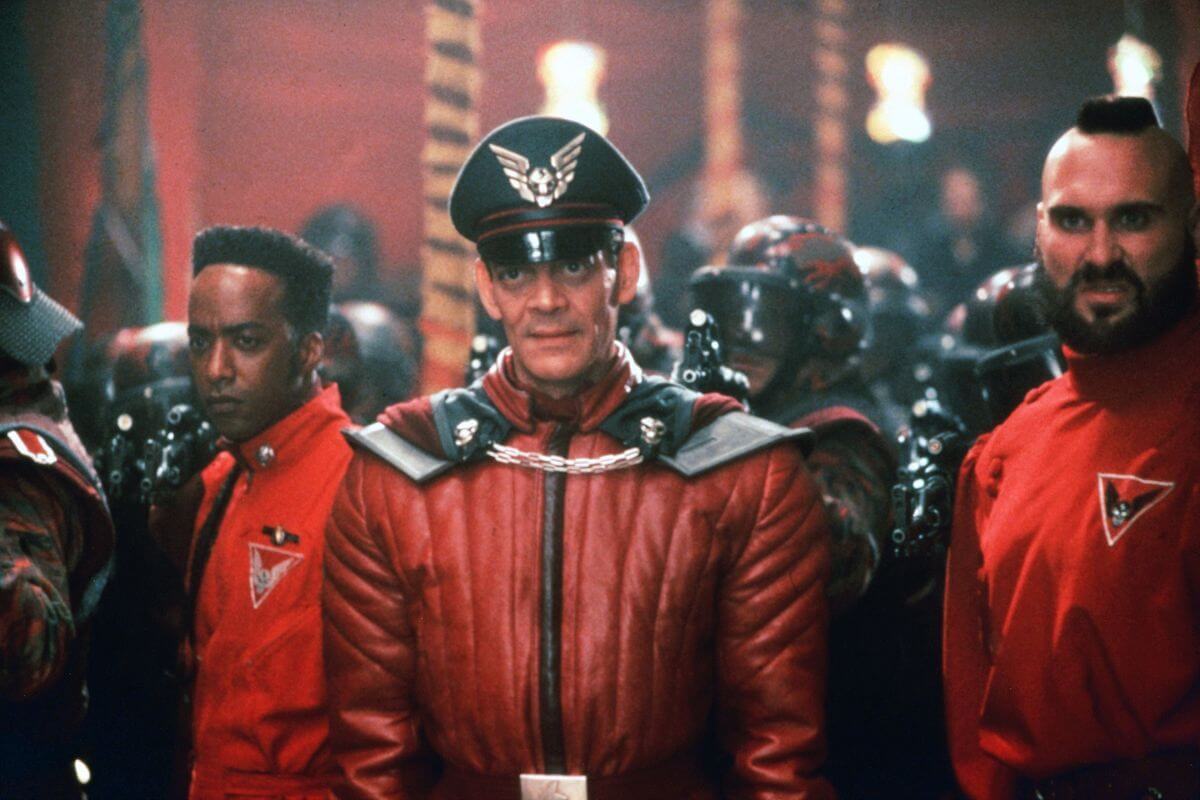 Warcraft really is a shame, because it had so much potential. Visually, it's quite remarkable, with stunning attention to detail and impressive world-building for a game movie—but perhaps that might all be too much for viewers to get a handle on in such a short time. Unfortunately, the movie feels like one extended battle between orcs and humans that never goes anywhere. We actually think this one proves that Warcraft would be much better handled as a TV series where it could take its time, put the pieces together more slowly and actually make viewers care about who won or lost, rather than cramming it all into a two-hour movie. 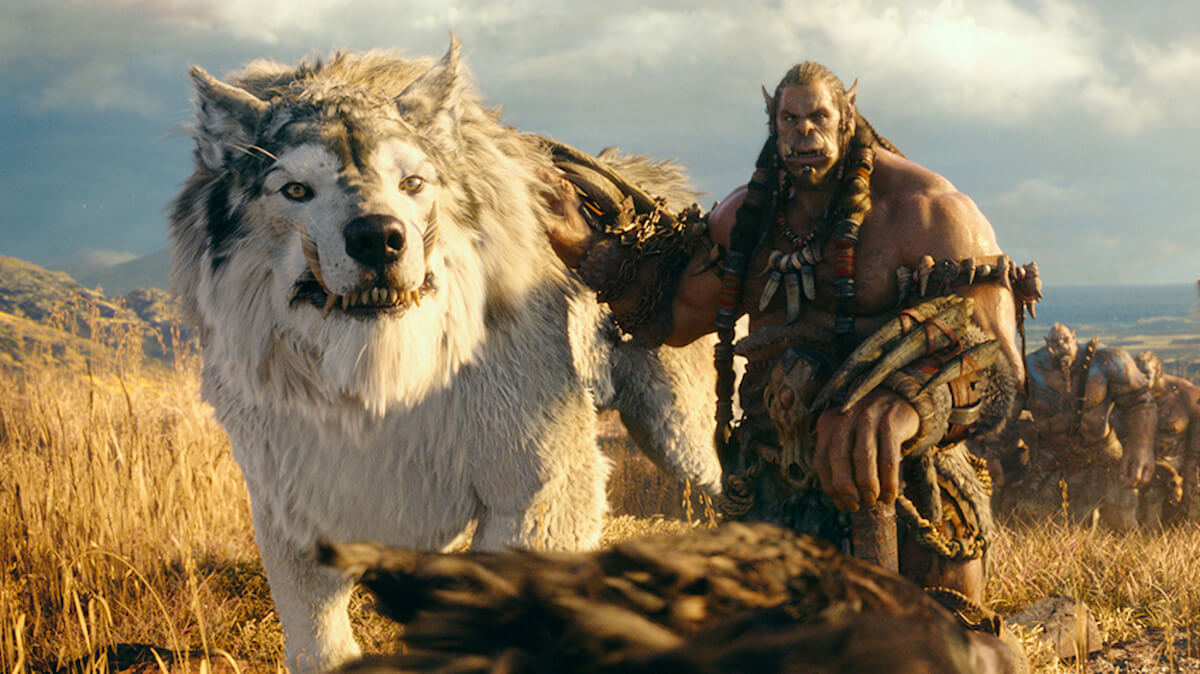 You'd think that people might get better at making video game movies with time, but that hasn't really been the case when it comes to films like 2021's Mortal Kombat. While some of the fighting is actually very beautifully done, it's also ultra-violent in the typical Mortal Kombat style—which might be very good for fans of the series and bad for everyone else. The story is also tough to follow, without managing to build real connections to any of the characters, making it pretty forgettable as a whole. 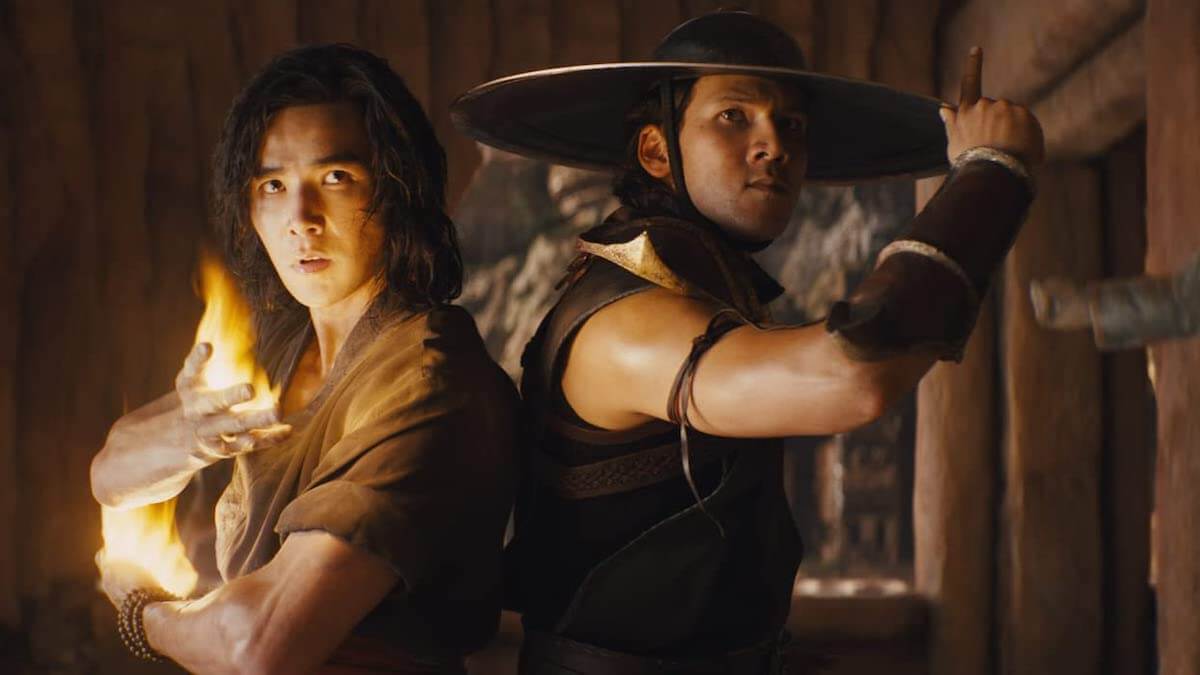 We won't go so far as to say that 2002's Resident Evil is good, but there might be something wrong with you if you don't at least find it entertaining. While we do wish that the film would have taken more horror inspiration from the games, rather than making it into a loud action series, we do have to say that even the cheesy sequences and clichéd dialogue are a blast to watch. Even if all this movie takes from its video game namesake is the evil Umbrella Corporation and the zombies it creates, the film franchise has been a huge success, and that counts for something. 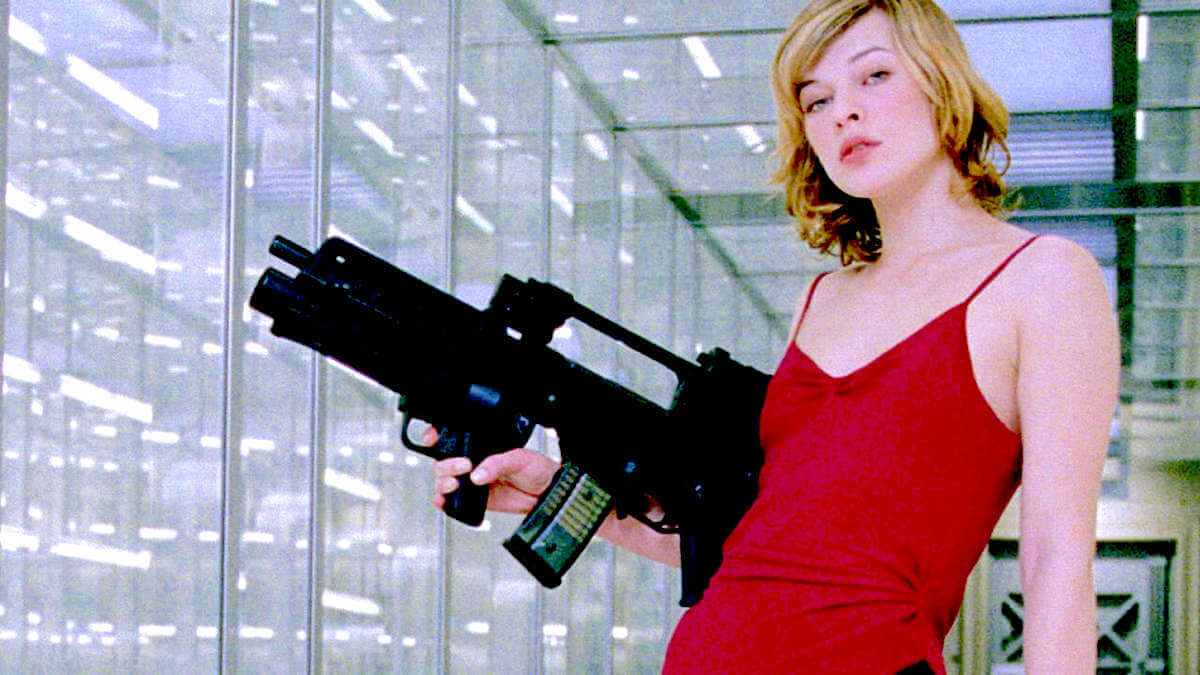 A movie based on the Rampage games, where you control a giant monster and try to completely wreck cities and eat civilians as quickly as possible, doesn't necessarily lend itself to a movie—and yet, here we are. Begrudgingly, we have to say this one surprised us. Dwayne Johnson expertly plays the action lead as a giant mutated wolf and lizard threaten to take down Chicago, and while the plot may be all kinds of silly, it's definitely got all of the makings of a blockbuster. If you want to see some get wrecked, this is your movie.

There isn't much of a story to Monster Hunter—there's hardly even dialogue—but if you're here for spectacular special effects and monster-hunting, it'll offer exactly what you're looking for. If you don't expect much more than sand-crawling beasts, cave spiders and giant dragons (and the humans fighting them), then you'll probably be pretty satisfied. If you're looking for a faithful adaptation of the games, prepare to be disappointed. 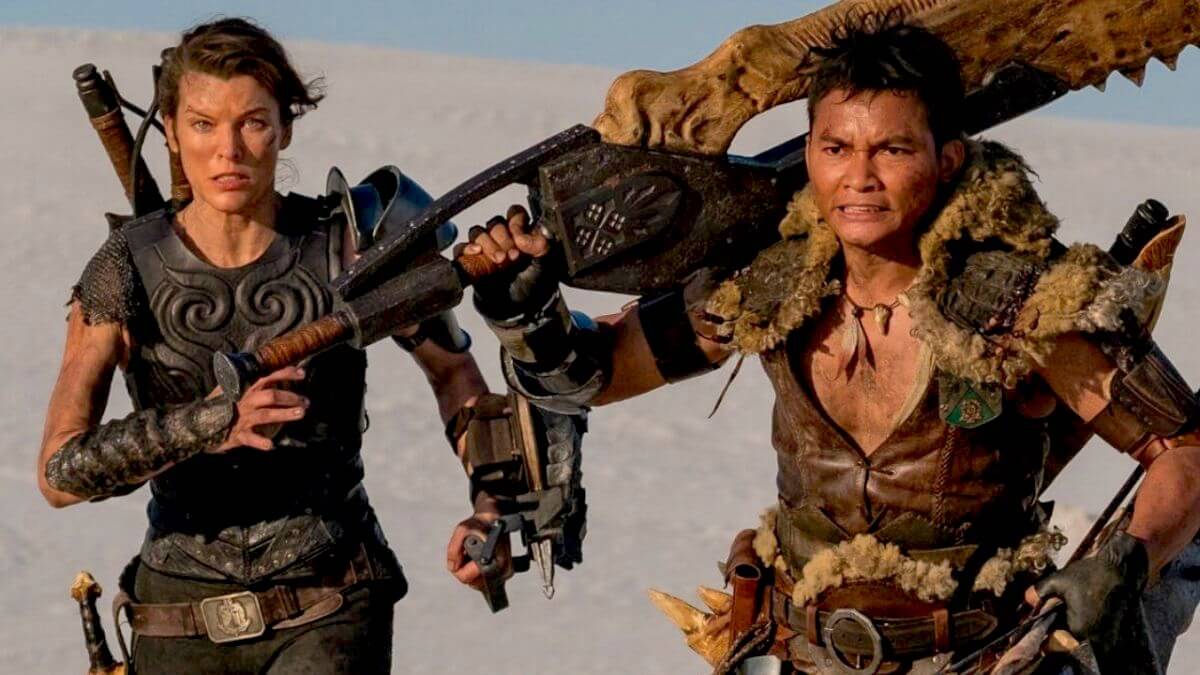 We may be blinded with nostalgia on this one, but hear us out! The Super Mario Bros. is about two plumbers from Brooklyn who discover a parallel world, Dinohattan, whose inhabitants are evolved from dinosaurs, rather than apes. Bob Hoskins and John Leguizamo star as Mario and Luigi respectively, and while the film features characters called Princess Daisy, King Koopa and Toad, those characters don't seem to be based on the characters from the original Mushroom Kingdom in the slightest. The movie is definitely bizarre, with only a tangential connection to the classic video game series. It's a risk that maybe hasn't fully paid off, but it does manage to be incredibly entertaining for fans, if only because it's the polar opposite of what you'd expect

When video game adaptations can at least have entertaining action scenes and captivating visuals, they're already doing better than most. Prince of Persia: Sands of Time definitely falls into that category with its fast-paced sword-filled action scenes and a plot that may be nonsensical, but moves along swiftly enough that you don't care. Jake Gyllenhall does a pretty good job as the titular prince Dastan, and it also helps that the film also doesn't take itself too seriously.

The only thing the Silent Hill film really borrows from the games of the same name is the locale of Silent Hill, but that's enough to make it work thanks to the town's iconic atmosphere. The filmmakers manage to make it work in their own way, even if that way is truly bizarre. You wouldn't expect a survival horror video game adaptation to actually be very scary—especially if you've seen the others—but this one manages to be thoroughly chilling, and even with the exposition dump at the end, that feeling will stick with you long after you've finished the film. 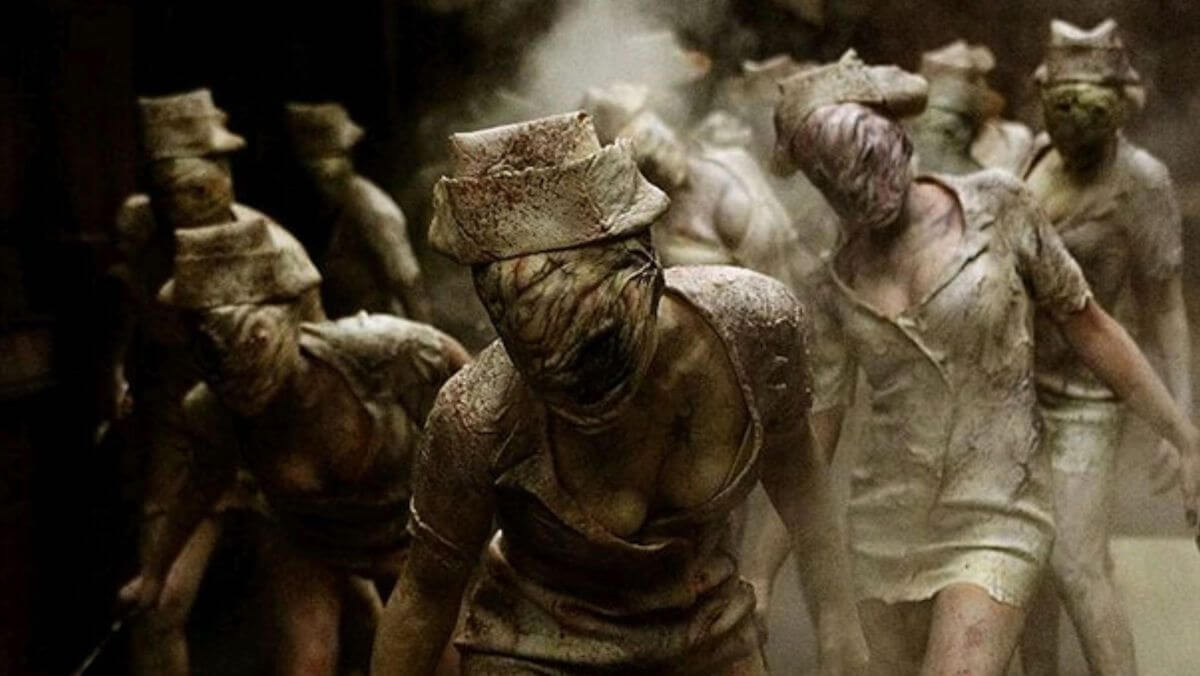 The 2018 Tomb Raider may not be especially original, but it's well-made, feeling like an actual modern movie. In an effort to be more grounded, this one is also less bombastic and out-there than other video game adaptations. While that doesn't always work entirely in the movie's favor, Alicia Vikander is very good as Lara Croft, and the action sequences are definitely worth watching, even if the rest of the film can be a bit of a slog. 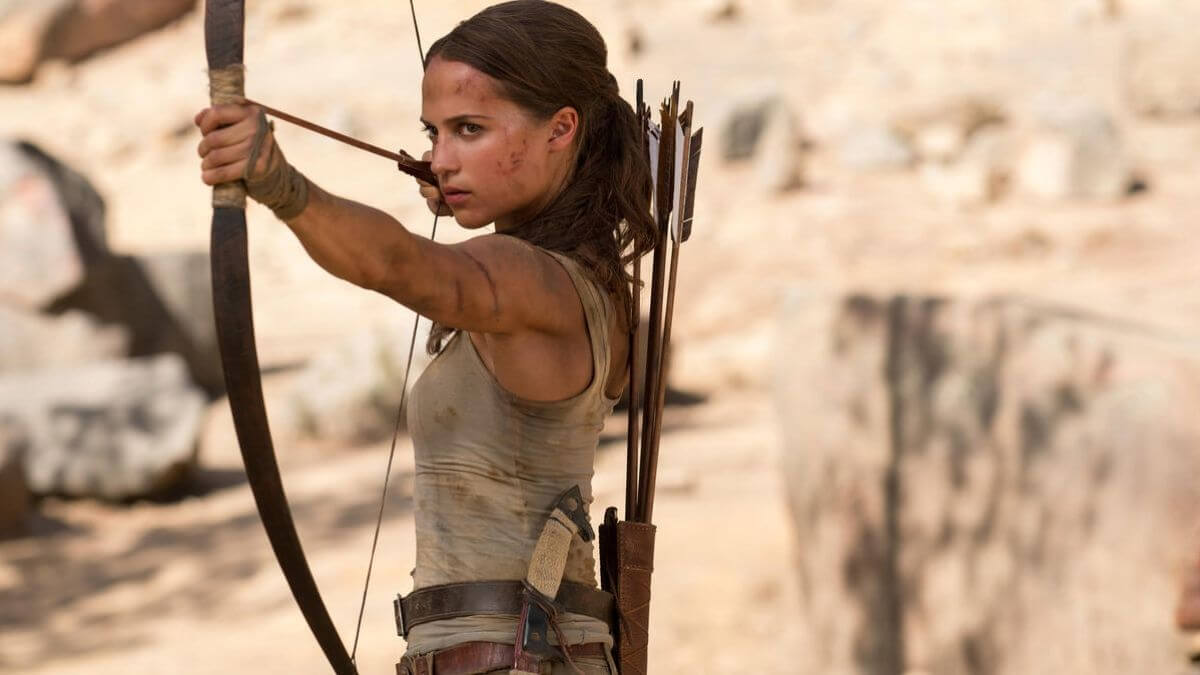 We know some people will think this one is too high on the list, but 1995's Mortal Kombat is a cheesy '90s movie that's somehow elevated because it's a cheesy '90s movie. The creators at least attempted to give the film the same flair as the game by recreating its gory but cartoonish violence, and it's good fun from start to finish. Maybe the CGI doesn't look very good these days, and the plot and acting aren't great, but it feels like an earnest attempt, which really does make this one more watchable than the rest. 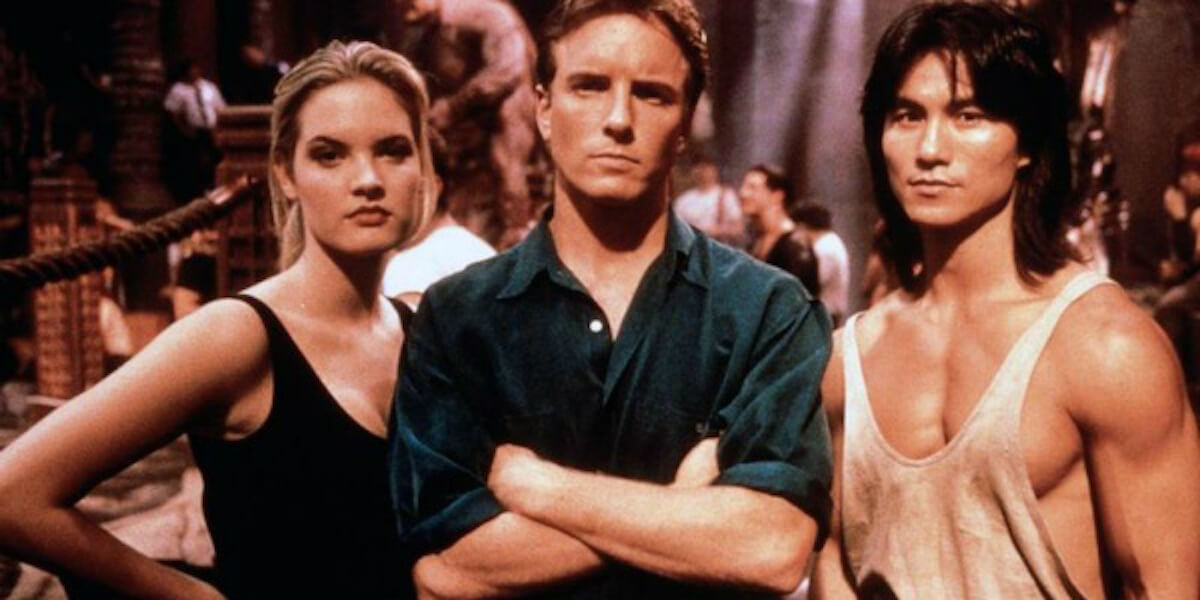 It turns out not all video game adaptations are mostly bad, and the first live-action Pokémon film was definitely a pleasant surprise for fans. Ryan Reynolds is a delight as the titular Detective Pikachu, and while this movie takes some very bizarre turns over the course of the film, it has plenty of heart and sweetness to keep it down to earth. And, honestly, we could probably watch hours upon hours of realistic Pokémon going about their lives in the real world with no plot whatsoever and be entertained, so this movie has all kinds of advantages. 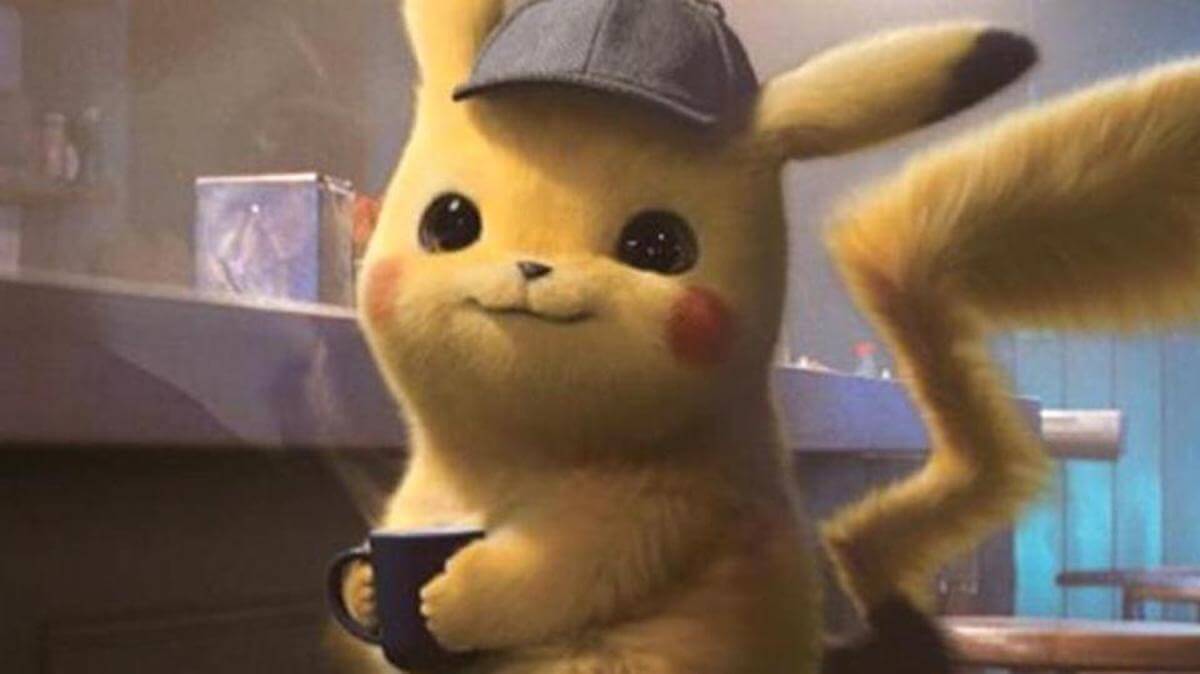 The Sonic the Hedgehog movie has no right to be as good as it is. It's legitimately funny and sweet, with a story that manages to be as fast and fun as the blue hedgehog himself. The film's team-up between James Marsden and Ben Schwartz as the voice of Sonic works remarkably well, and we haven't seen Jim Carrey at home in his schtick like this since the '90s. It's something the whole family can enjoy in the best way—and the fact that we're getting a sequel in the future (with Idris Elba voicing Knuckles!) is the icing on the cake. 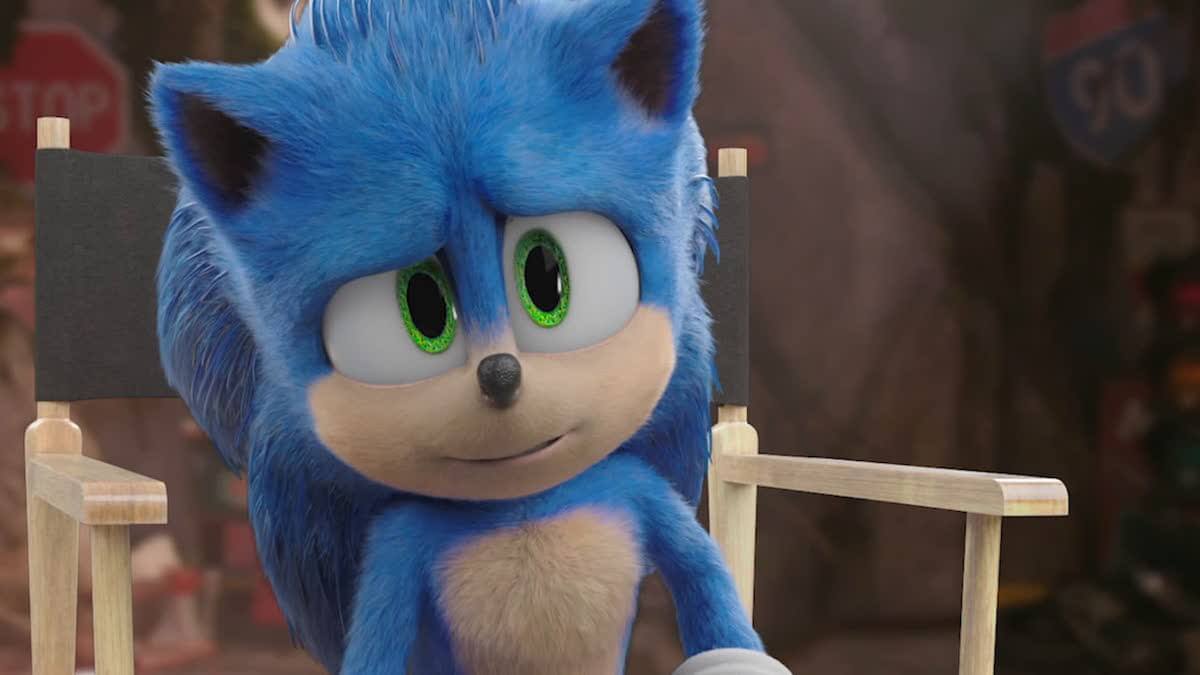 Speaking of Pokémon, you can click HERE to check out some of the most expensive Pokémon cards people have purchased.