I Taste-Tested Dessert Hummus From Delighted By Hummus, and It Was Shockingly Good

Before a couple of months ago, I had no idea that dessert hummus was a thing.

That was before I stumbled upon Delighted By Hummus, a brand that specializes in healthy yet super scrumptious hummus in unexpected sweet flavors. I reached out to the company, who graciously let me do a taste test and see what dessert hummus is all about.

Delighted by Hummus creates dairy-free, vegan hummus in sweet instead of savory flavors. It was developed by nutritionist Makenzie Marzluff, the founder of Delighted By Hummus.  She was headed to a Super Bowl party with a craving for cookie dough when she came up with an idea for a super healthy alternative in place of the "real thing."

"I loved making alternatives to processed and unhealthy desserts," Makenzie told me. "I thought—why not put chickpeas in the blender and see what happens? I added coconut sugar, coconut milk, vanilla extract and peanut butter—to name a few ingredients—and it turned out amazing. My friends at the party legitimately thought it was edible cookie dough. I kept telling them it was hummus and most people couldn't believe it."

When everyone told her she should sell her amazing new recipe, she dismissed the idea at first. But after a year or so, she saw there was nothing else like it on the market and she realized it could be big.

"We are the first dessert hummus to retail shelves, so it naturally piques peoples' interest," she explained.

With that in mind, I dug in to see if the flavors were as good as I'd imagined they'd be. 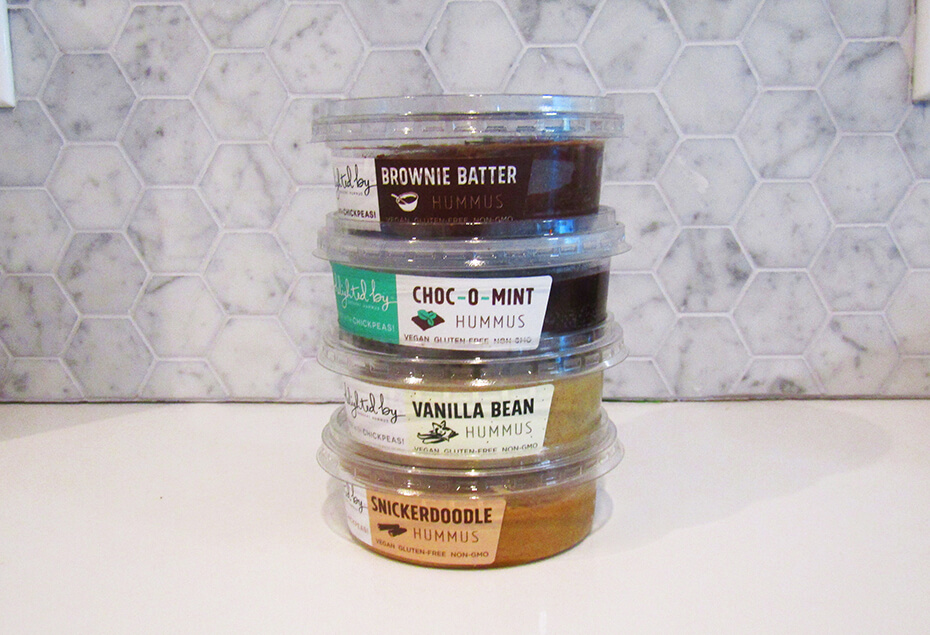 Delighted By Hummus' vanilla bean flavor is simple but effective. I was worried that a light vanilla flavor wouldn't be able to mask the prevalence of chickpeas in the dish, but my fears were totally unwarranted. It also wasn't too strong. It was ultra creamy and not too sweet with a mellow vanilla flavor. Not only was it was particularly good with strawberries, but it immediately sold me on Delighted By Hummus. 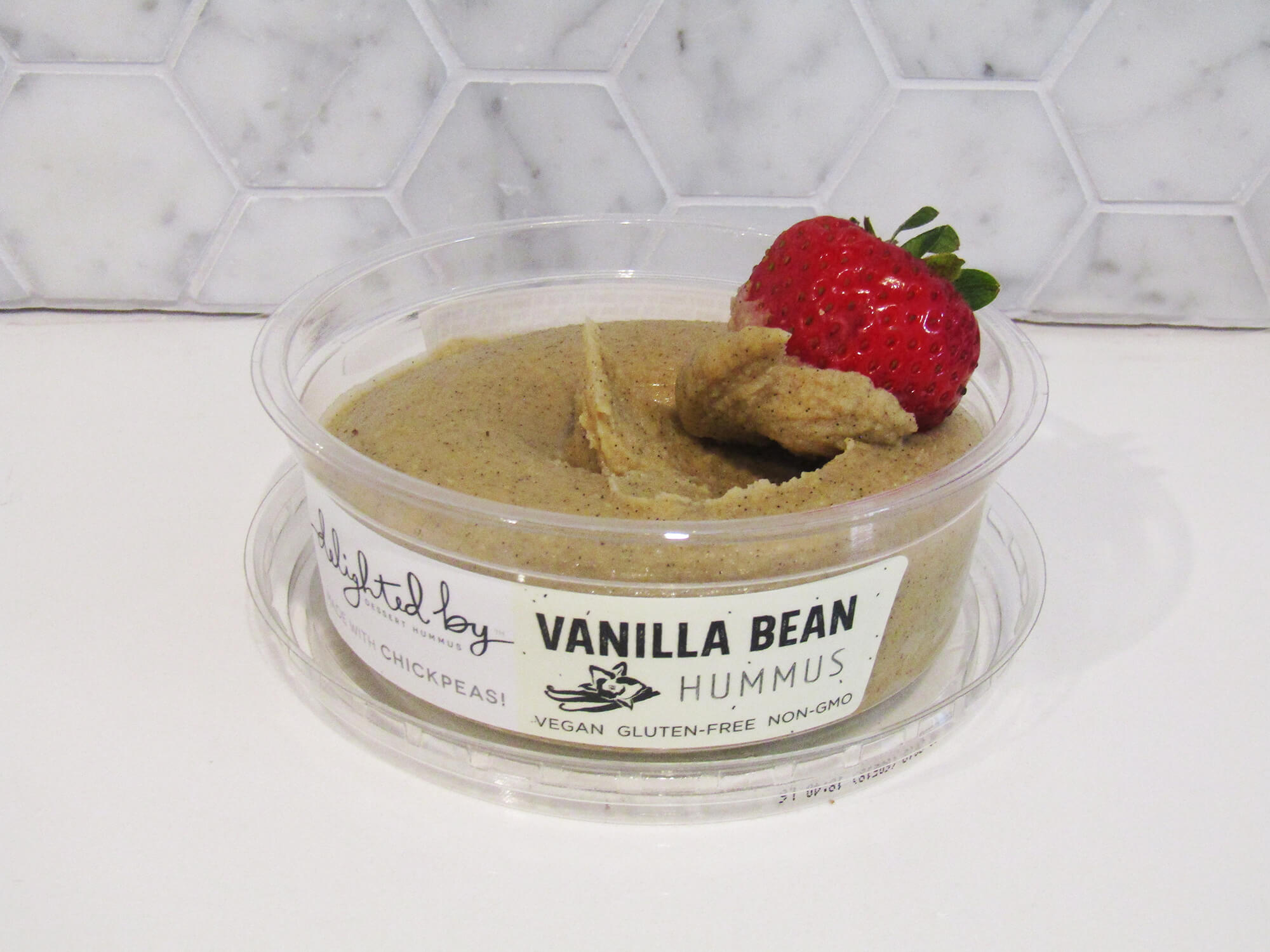 Next, I sampled the Snickerdoodle flavor. This is the only Delighted by Hummus flavor (so far) that features tahini, a creamy sesame seed paste that's a key ingredient in most savory hummus recipes. That makes this flavor taste a little like a traditional hummus—but not in a bad way. I thought the sesame flavor melded pretty well with cinnamon and a little sweetness to create a flavor that truly was reminiscent of a Snickerdoodle, but I bet it won't be everyone's favorite. 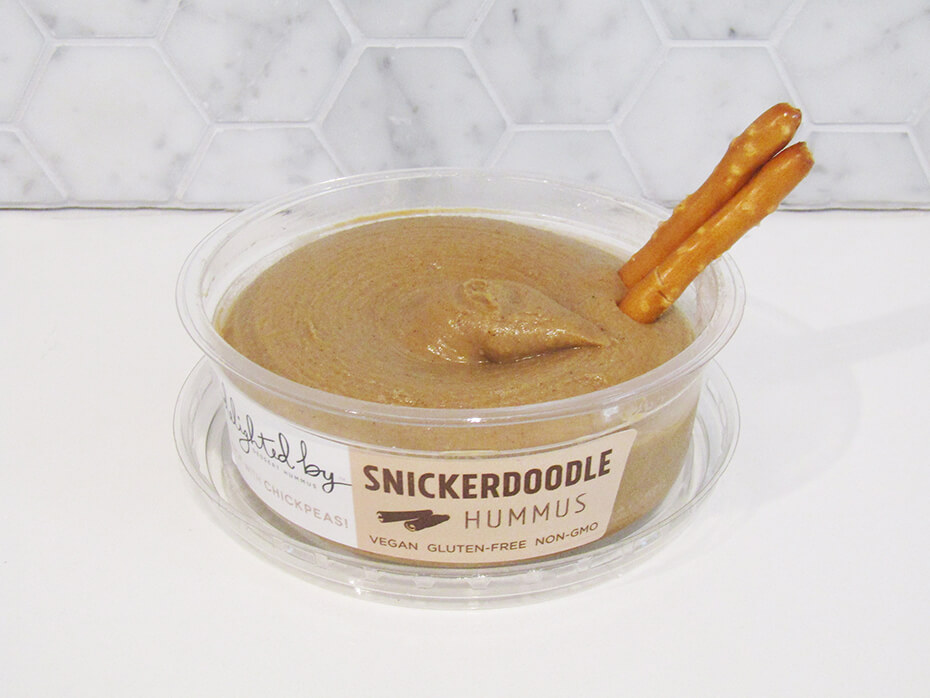 Now it was time to try one of the flavors I was really excited for. I was wondering how well a chocolately flavor like brownie batter would blend with the chickpeas in the hummus, and the answer was that I would never know it was hummus unless you told me. It was rich but not overwhelming, and the consistency was thick and spreadable. It wasn't as sweet as I expected, which I actually preferred. It's super delicious and wouldn't be hard to eat straight out of the tub with a spoon. 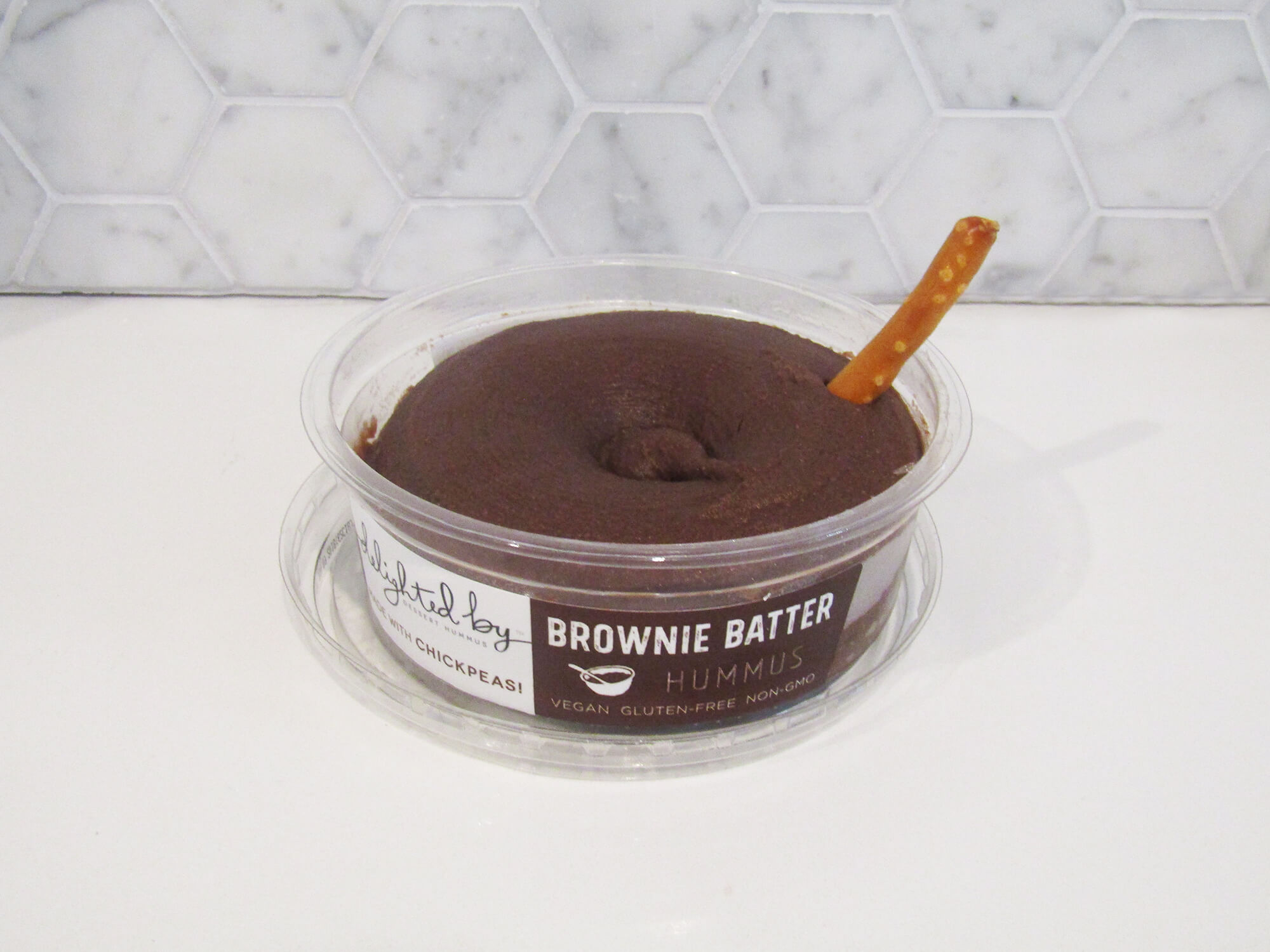 Last came the Choc-O-Mint flavor, which wound up being my favorite. It also happens to be founder Makenzie's fave so far. Like the brownie batter flavor, it wasn't super sweet, but the mint elevated it beyond all of the other flavors. It was almost like a Thin Mint cookie in the form of a dip. If you love chocolate and mint together, this is the flavor I recommend trying first. A single taste will make you fall in love. 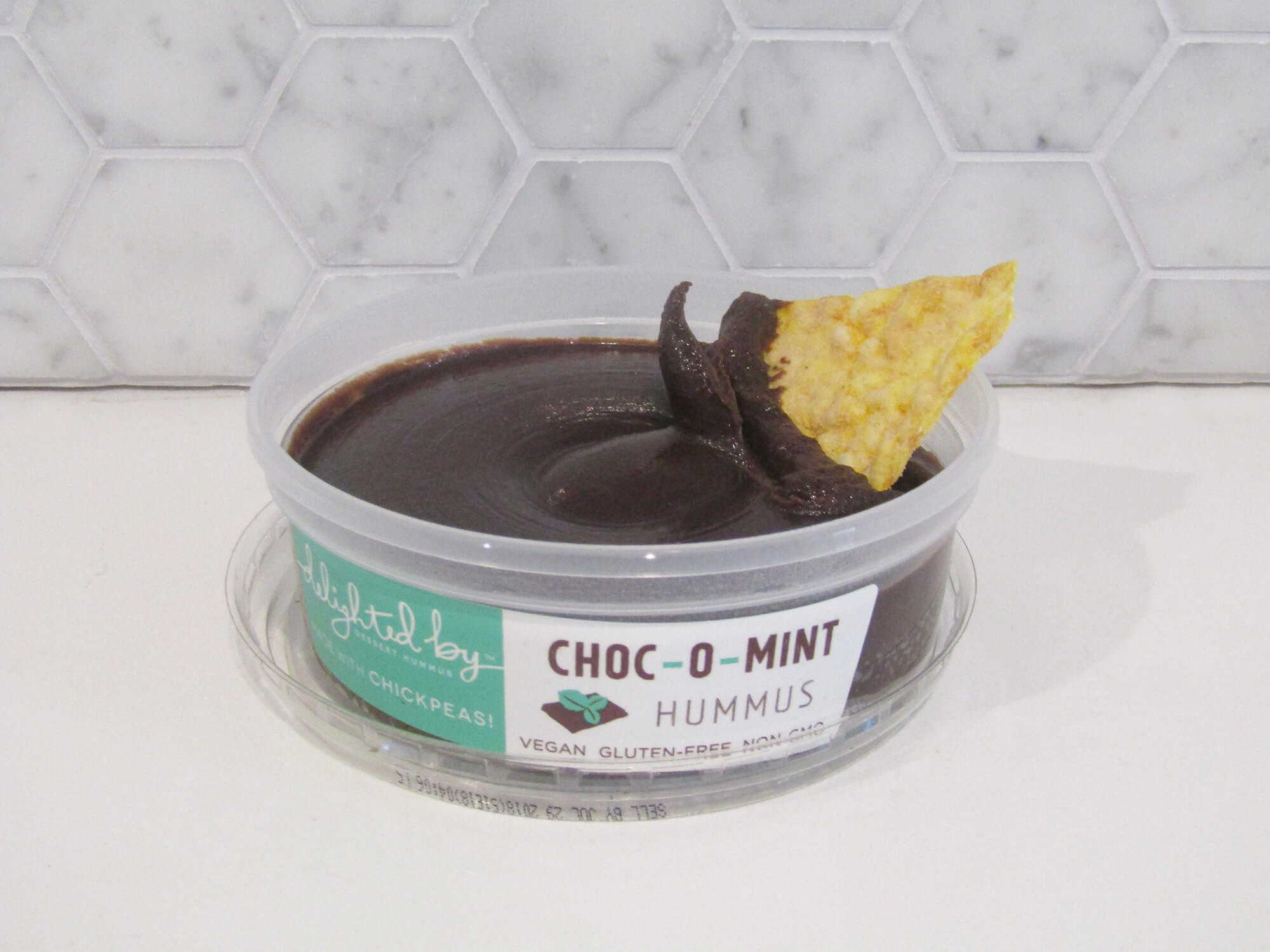 If you're looking for a healthier way to indulge in your favorite desserts, I absolutely recommend Delighted By Hummus—if you can get your hands on it, that is. Unfortunately, there aren't any stores that carry it near my location in L.A. They have plans to branch out to even more locations soon, and you can click HERE for the store locator to find out if you're luckier than I.

Delighted By Hummus typically sells for $5.99 a tub, which seems super fair for how tasty (and healthy) it is. And if those flavors don't excite you, pumpkin pie and red velvet cake varieties are set to hit store shelves later this year.

If today is your cheat day, click HERE for a list of the most Insta-worthy ice cream cones in America.