11 Questions We Have After Watching the Descendants 2 Trailer

Guess who didn't get any sleep last night—us!

Though we did stay up way later than we should've, thanks to the Radio Disney Music Awards, that wasn't the only thing that had us wide awake in the wee hours of the morning.

Nope, it's all thanks to the Descendants 2 trailer that dropped last night.

We probably watched it way more times than humanly possible (or necessary) the entire night, analyzing just what we can expect from the highly anticipated sequel to our fave DCOM.

Don't get us wrong, we're definitely beyond stoked to see this movie when it's released on July 21, but the trailer left us with plenty of questions.

Watch the trailer first, then see if you have the same questions we do by scrolling through our list below.

1. When and why did Mal dye her hair blonde?

2. Where did she get that adorable teal dress? We need it. 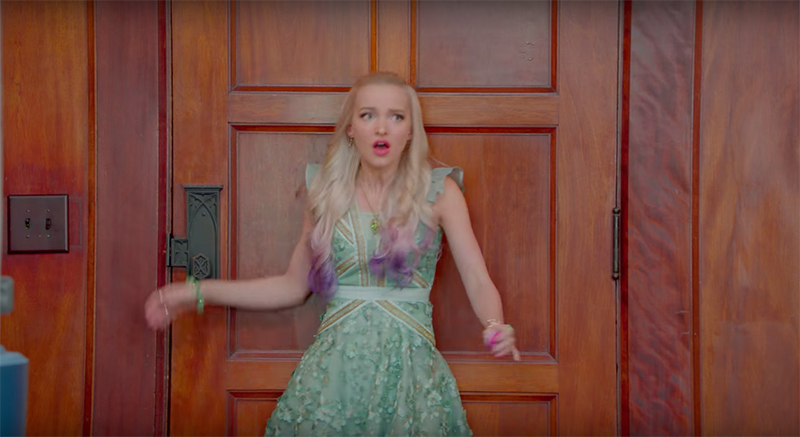 3. If Mal was able to go back to the Isle of the Lost on her motorcycle, why didn't they do that in the first movie?

4. What have Jane, Audrey, Chad, Doug and Lonnie been up to since we last saw them? Heck, are they even in the sequel?!

5. How did Mal's hair effortlessly turn purple once she returned to the Isle?

6. What happened between Mal and Uma? What's the history there? 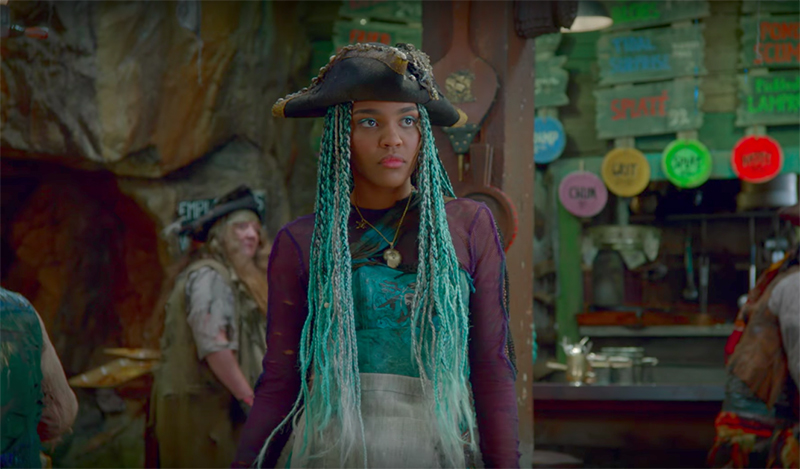 7. Why did Ben think he'd be able to go to the Isle of the Lost without getting captured? Smooth move, dude.

8. Do we spy a love triangle forming between Mal, Ben and Captain Hook's son? 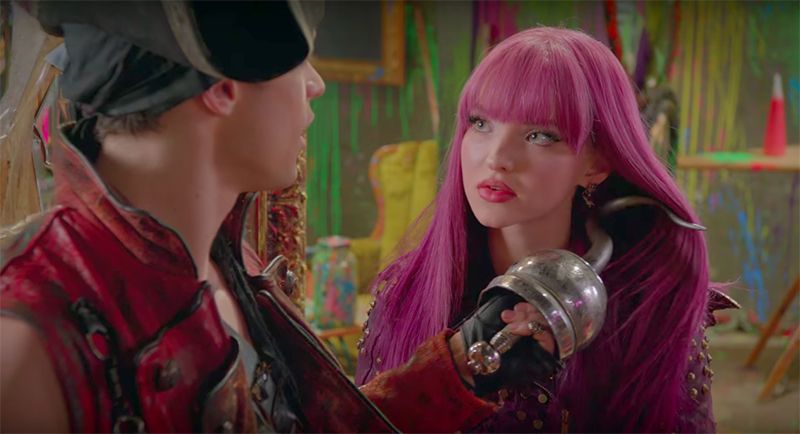 9. Why does everything revolve around getting Fairy Godmother's wand? Is it really that magical?

10. When did everyone learn how to sword fight?

11. Where are all the adults? Did they just disappear or what?

While we're on the topic of Descendants 2, HERE are seven fun facts to know about one of the film's newest stars, Thomas Doherty.