Devin Logan is a 21-year-old skier who became recognized around the world earlier this year after winning the first-ever silver medal in ski slopestyle at the 2014 Winter Olympics in Sochi! 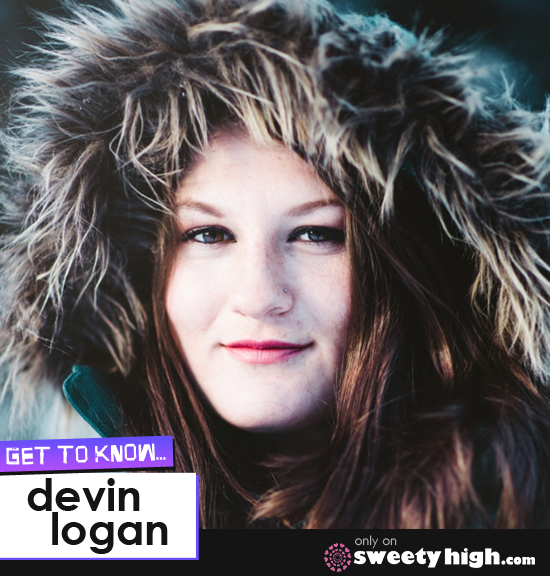 We spoke to the young Olympian to tell the story of her biggest achievements and inspirations, plus her big plans for the future!

Devin Logan is the youngest sibling of five, with two older brothers and two older sisters.

She told us she was basically thrown into skiing from an early age. In fact, she learned to ski when she was just 2 years old, and started competing when she was 6.

Though Devin grew up in Long Island, New York, the family made weekly trips to the slopes of Vermont to ski.

"We were weekend warriors, so every weekend we'd drive 4 to 4 1/2 hours up to Vermont to go skiing," she said.

It wasn't long before Devin set her sights on the Olympics. She started watching when she was just 8 years old.

In middle school, Devin furthered her talents by attending a ski academy, and during her high school years, the family finally relocated to Dover, Vermont.

Early on, Devin followed in her brothers' footsteps and did moguls and big air skiing. When her brothers became interested in slopestyle, Devin did, too.

Devin's talents took her to the X Games and have made her a three-time medalist, with a  silver in slopestyle and two bronze medals for halfpipe. She also placed first overall at Dew Tour in 2012.

"It's always been a dream of mine," she said. "In my field of skiing everyone always asked if I was going to the Olympics, and I'd say, no, my sport's not in yet. But now I can say that I've been there."

When it came to traveling to Sochi for this year's Winter Olympics, Devin wasn't sure what to expect.

"I was just so happy to even be there in the first place and have the opportunity to ski the course for my country and represent for everyone back home," she said. "It all kind of just fell into place. I put a run that was good enough in the judge's eyes and they put me up on the podium."

"I was shocked," she said. "It still doesn't feel real, looking at my medal today. I turned to both of the girls right when it happened while we were doing the flower ceremony, and I was just like, is this real? Is this really happening?"

Through years of hard work and perseverance, Devin was finally able to accomplish something she had always dreamed of. She said that her strong belief in herself allowed her to succeed.

"Girl power has definitely brought me to where I am in my career today, because even though I was following my brothers around and wanted to be one of them, I always knew girls can do whatever boys can do, and even do it better," she said. "It was always in the back of my head that I could pursue whatever they were doing."

She said her biggest inspirations have there for her all her life.

"I definitely am a big family person, so I look up to my two brothers and my two older sisters as well," she said. "One of the skiers I've always looked up to was Sarah Burke, who unfortunately passed two years ago. She actually got our sport into the Olympics."

And despite her biggest accomplishments, what keeps Devin coming back to the slopes day after day is a love for the sport.

"I just go out there and have as much fun as humanly possible, whether the weather's good or bad," she said. "I'm just always excited to get out on the mountain and hang with my friends, and do the sport I love to do. That's why I started skiing, because I love it and just enjoy every minute of it."

In the next four years, Devin also hopes to concentrate on her halfpipe skills.

"I was only ten points away from missing the halfpipe team, so hopefully in a few years I can make that team for the Olympics," she said.

To keep up with Devin Logan's latest accomplishments, be sure to follow her on her social pages below. You can also join us at SweetyHigh.com to tell us all about your favorite inspiring athletes!