From the moment we first heard Diamond White sing on The X Factor, we knew she was going places.

She is a powerhouse, and the music she's made since then has had it all, from stunning vocals to raw messages that cut to the core of her real-life experiences. And she's a fabulous actress, too, most recently playing the captivating Paris Buckingham on The Bold and the Beautiful.

She's made of Woman Crush Wednesday material, and this week, we got the chance to find out all about the little things that make Diamond unlike anyone else. 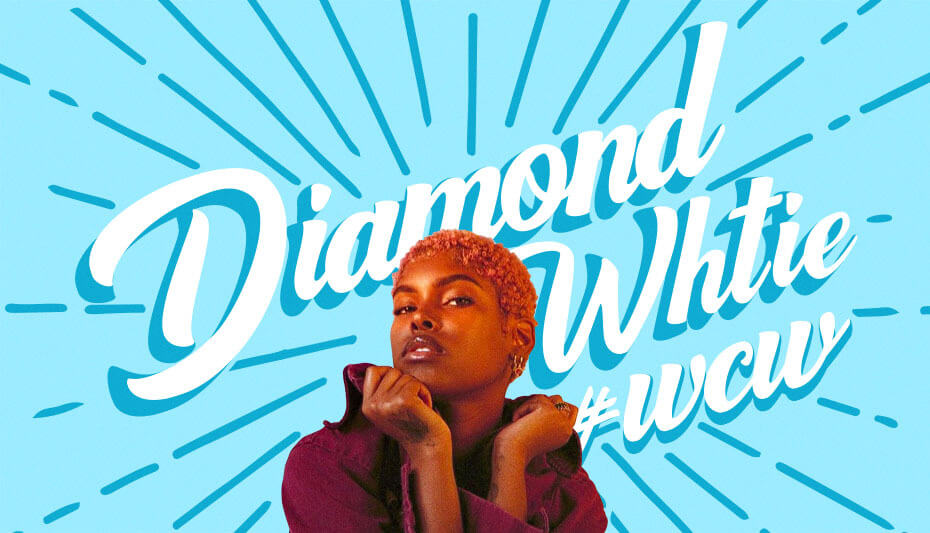 "I collect miniature items, like mini brands or anything smaller and cuter than normal.:

"If I'm not doing anything, instead of going on my phone, I watch Survivor."

"It makes me feel like an accomplished old lady."

5. Of all of the Disney characters, she relates to Nala from The Lion King most.

6. Frank Ocean is her favorite musician of all time, hands down.

7. She likes cheese and spinach on her pizza.

8. Her most meaningful role is one that hasn't officially been announced yet.

"Well, there's this show I've been quietly working on for the past two years or so, and without a doubt, it's that one. Once it's announced, the impact it's gonna have will be so important and I'm so happy I'm a part of it!"

9. One Direction put on the best concert she's ever attended.

"I swear… I swear Harry Styles held eye contact with me for a long beat. I could be wrong because I'm blind but I literally think it happened."

10. She's her own favorite superhero.

11. Diamond wants her fans to know that everything she puts out in her music is true to who she really is.

"It kinda makes it less fun for me when I love a song and see that it wasn't even written by the artist. I think it's important that I just speak from my perspective, regardless of who likes it or not."

Obsessed with Diamond? Click HERE to find out what she had to say about her Tomorrow tape.