Here Are the Biggest Announcements From Disney's D23

This weekend I was lucky enough to score a ticket to D23, the biennial (that's every other year) Disney convention.

Located right across the street from Disneyland in Anaheim, California, D23 is a Disney fanatic's dream. From celebrity panels to behind-the-scenes exhibits, to rare vintage merch, three days is hardly enough time to see it all. 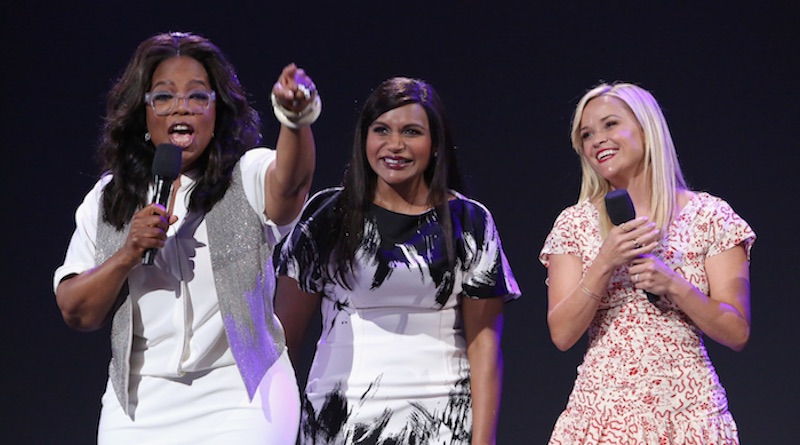 D23 is also an opportunity for the Disney powers that be to announce their biggest upcoming projects, and their were some real doozies. Keep scrolling for the six most exciting announcements from this year's D23 Expo:

It's been more than 50 years since the first (and only) Mary Poppins movie, and Emily Blunt is the perfect choice to bring the practically perfect nanny to a whole new generation. We can't wait to see what kind of musical magic comes of this all-star production, which counts in its all-star cast Lin-Manuel Miranda, Angela Lansbury, and Meryl Streep.

So many magical stories ???? #MaryPoppinsReturns looks practically perfect! Swipe through for #AWrinkleInTime poster, and a photo from the set of Dumbo, in theatres March 29, 2019 #D23Expo

A Whole New World of Aladdin

Of all the Disney live-action remakes, we might be most excited for Aladdin. We can't imagine what kind of shenanigans Will Smith will get up to as the genie, but we're so happy for newcomers Mena Massoud and Naomi Scott snagging the leads as Aladdin and Jasmine!

At long last, the third installment in the Disney-Final Fantasy crossover RPG series, has a release date! It's been 13 years, and this teaser trailer only makes the wait feel that much longer.

The KINGDOM HEARTS III D23 trailer featured a closer look into Mount Olympus! Between the double Arrowguns and Magical Launcher, which would you wield? Check out both trailers on YouTube.com/KingdomHearts #KH3 #KH

A Galaxy Far, Far Away… in Orlando

Disney unveiled plans for a Star Wars-themed park and resort called "Galaxy's Edge," which will be a 100% interactive experience complete with personalized adventures. "It's unlike anything that exists today," promises Bob Chapek, the Chairman of Disney Parks.

Oh, it's… beautiful. A detailed model of the #StarWars-themed lands in @disneyland and @waltdisneyworld was just revealed @disneyd23. Swipe ???? to see all of the photos. #d23expo

Wreck-It Ralph 2 Will Be A Princess Movie

One of the coolest revelations of D23 was the announcement that Wreck it Ralph 2 will feature every single Disney princess – most of whom will be voiced by the original actresses! Thank goodness, because nobody could do Rapunzel like Mandy Moore or Ariel like Jodi Benson.

Disney Princesses and Josh Gad in the ultimate #D23Expo selfie ????

A Wrinkle In Time Trailer Revealed

Finally, the classic book of our childhoods is coming to life, and we can't stop watching this stunning trailer. Chris Pine is looking all sorts of dad with that beard, but Oprah—Oprah!—is positively radiant in her robes and white hair. We couldn't have asked for a better casting than that.

D23 isn't the only convention I got to check out this summer. Click HERE to see what I got up to at VidCon.