Calling All Disney Fanatics! Did You Catch These Hidden Easter Eggs in Your Fave Disney Movies?

It's always fun to spot an Easter egg—and not only the kind that the seasonal bunny leaves behind filled with candy.

Disney animators love to insert reminders of their other films in new movies by including character cameos hidden within a crowd or a toy box, for example.

Some of these cameos are easy to spot but others would be missed in the blink of an eye.

Disney fanatics pride themselves on their top notch trivia expertise, but we bet that even the most boastful of film buffs didn't notice the hidden figures below:

Whether or not you've seen Disney's newest princess film, Moana, it's likely you didn't spot this fishy friend. Flounder makes a quick appearance during the musical number, "You're Welcome," sung by the character Maui. Next time you watch this flick, keep your eyes peeled for Ariel's BFF. 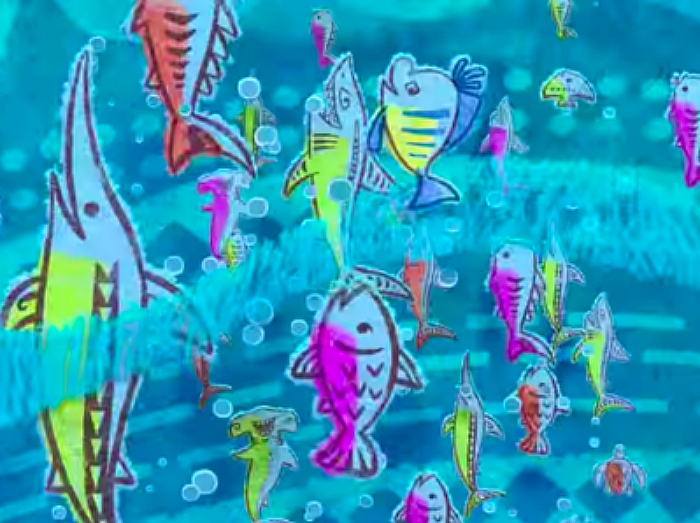 Well, this Easter egg was hiding in more plain sight than some of the other cameos on our list, but without her big blue eyes and rosy red lips, you may have missed Mrs. Potts and her cup crew, including Chip, in Tarzan. The tea set makes an appearance during the song, "Trashin' the Camp," when the jungle gang destroys (or makes beautiful music with) Jane's campsite. 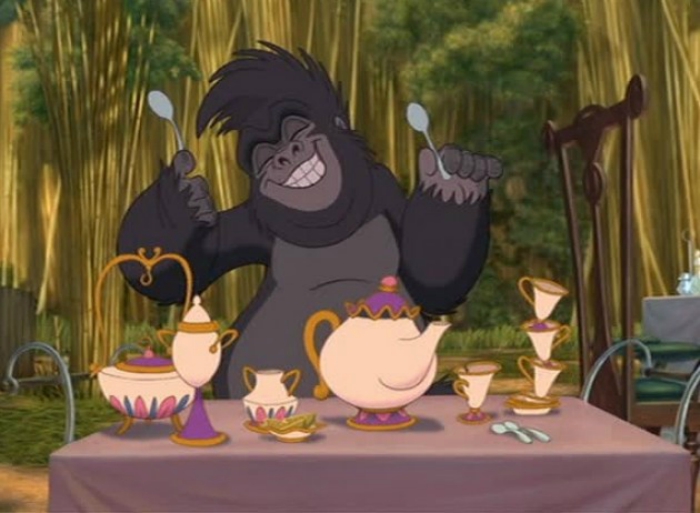 Every bedroom can use a poster or two from your favorite film or band, which may have been exactly what Lilo's older sister, Nani, was thinking when she put up this movie poster of Mulan. 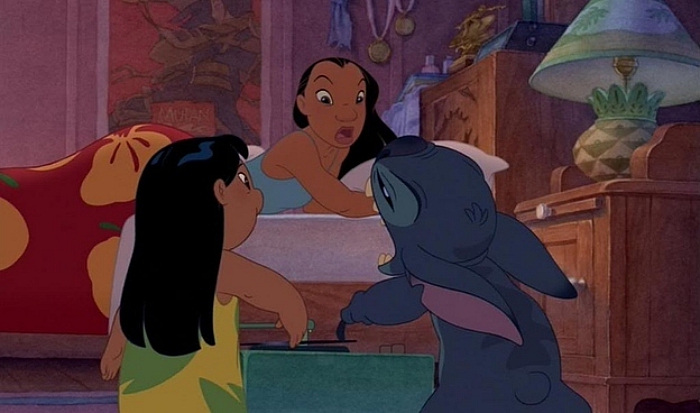 Pumbaa Cameo in The Hunchback of Notre-Dame

The gargoyles in The Hunchback of Notre-Dame serve as some pretty solid (get it?) friends to Quasimodo. But one gargoyle stands out in particular, if only for a few brief moments. Did you notice everyone's favorite warthog, Pumbaa, during the chase scene between Frollo and our protagonist couple? I think in a stressful moment like this, Quasimodo might be in need of the phrase, Hakuna Matata. 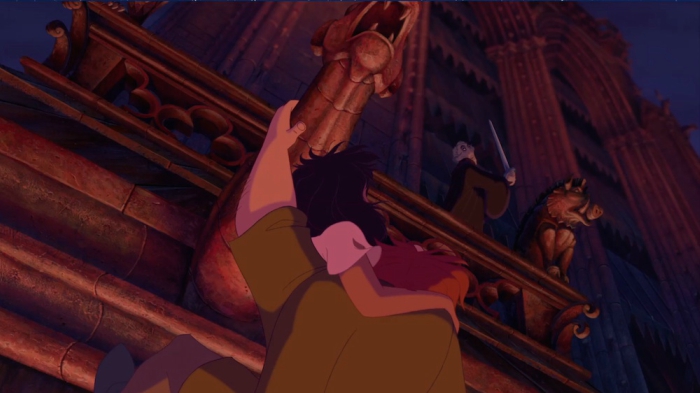 (The Hunchback of Notre-Dame via Walt Disney Pictures)

Rapunzel and Flynn Cameo in Frozen

Ever since Frozen came out a few years back there has been speculation that Rapunzel and Flynn Rider were part of Anna and Elsa's backstory. Unfortunately, the fan theory has been debunked, which means that their attendance at the coronation was little more than a Disney Easter egg. But we loved spotting them in the crowd nonetheless! 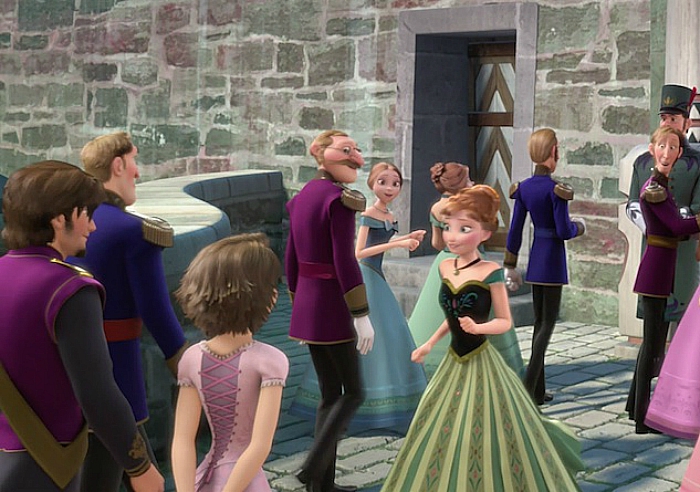 Dumbo could be seen as a plush toy lodged in the art easel during the scene when Lilo is watching a falling star. According to Oh My Disney, Lilo & Stitch was the first animated Disney film since Dumbo to paint their backgrounds with watercolor, which makes us think that the Dumbo cameo may have been especially deliberate. 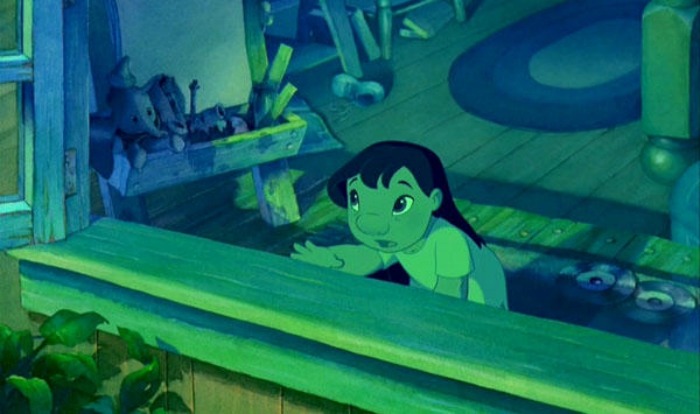 Jack Skeleton Cameo in The Princess and the Frog

We don't blame you for missing this difficult-to-spot cameo of Jack Skeleton from The Nightmare Before Christmas. To be honest, we hardly recognized the ghoulish character ourselves. But now that you see it, it's impossible to unsee. If you still can't spot him, look to the left. 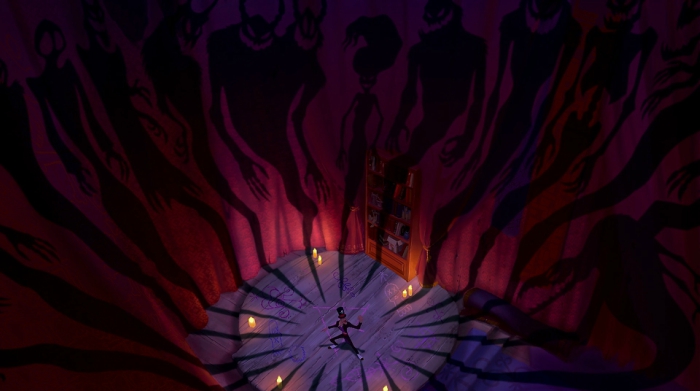 Mike is a tiny monster to begin with, but the mini-wood figurine on the desk of Wandering Oaken's Trading Post and Sauna is nearly impossible to see with the naked eye… or at least without staring at the still frame with a magnifying glass. Can you spot him now? We'll give you a hint, he's in the lower right-hand corner. 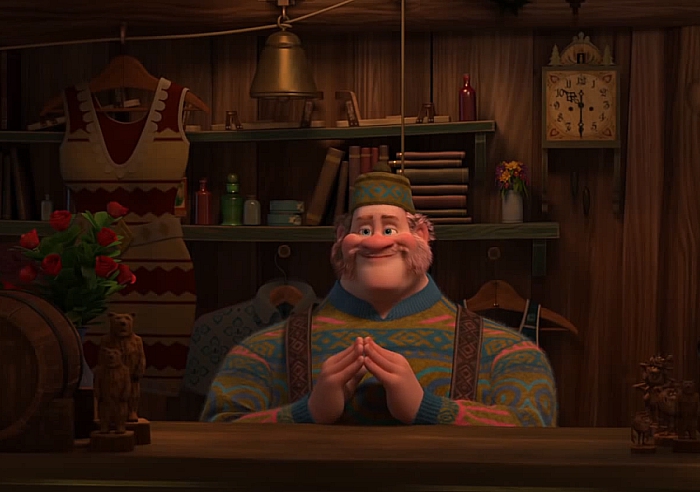 Speaking of Frozen, the greedy and evil Hans makes an appearance in the more recent Disney hit, Big Hero 6. It looks like in any given Disney universe Hans can't control his bad behavior. We spotted him in a wanted sign on the sheriff's bulletin board. 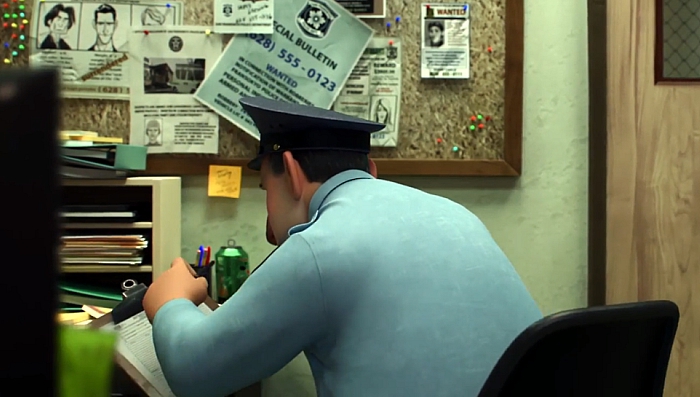 Tinkerbell Cameo in The Black Cauldron

There may be a bunch of fairies flying around in this scene from The Black Cauldron, but only one of them is reminiscent of Peter Pan's spunky little friend, Tinkerbell. Can you find her in the fairy flurry?

Remember the Sultan's stacking toys that resembled a variety of animals? Well, did you know that if you look closely you can spot the Beast from Beauty and the Beast hanging out with anonymous camels and giraffes? The Beast may be the only cameo in this pile-up, but the green dino and spotted dog with a frisbee also stand out from the bunch as, well, different. 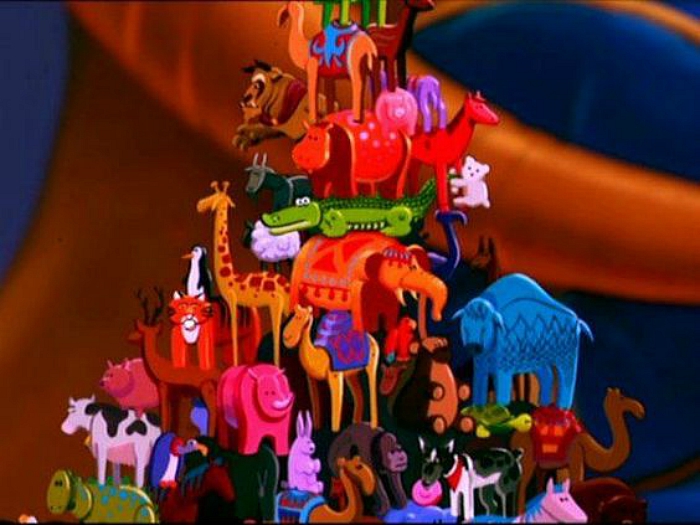 If you're like us, you're super excited about Disney's next biggest live-action adaptation, Beauty and the Beast. In preparation, check out THESE facts you probably didn't know about the original animated film.