The Connection Between Inside Out and Up Is Just Too Sweet

The Disney universe consists of, in part, dozens of standalone movies that know just how to tug at our heartstrings, but what if we told you there's a possible connection between Inside Out and Up—two of our favorites?

As you may remember, Inside Out tells the story of a young girl named Riley growing up an experiencing an array of emotions along the way.

Much of the movie takes place within Riley's brain, where emotions such as Joy, Fear, Anger, Disgust and Sadness often conflict with one another. 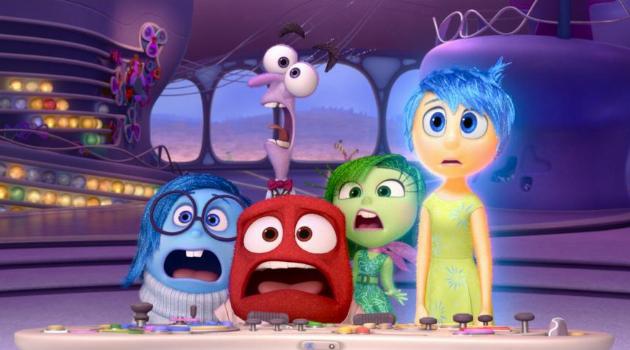 (Inside Out via Disney/Pixar)

Inside Out also establishes that Riley has orbs, which contain particular memories from her life. The orbs are even color-coded based on how Riley feels about the memory, with gold signifying happiness, blue representing sadness, red symbolizing anger and so on.

During a scene in which Joy and Sadness are going through Riley's long-term memories, there is a shelf filled with colorful orbs in the background.

While the orbs are purposefully blurry and don't look like much, Buzzfeed suggests a closer look at two of them reveals they seemingly contain scenes from Up!

That movie, which was released in 2009, tells the story of a man named Carl who travels the world in a house buoyed by hundreds of balloons after his wife, Ellie, dies. 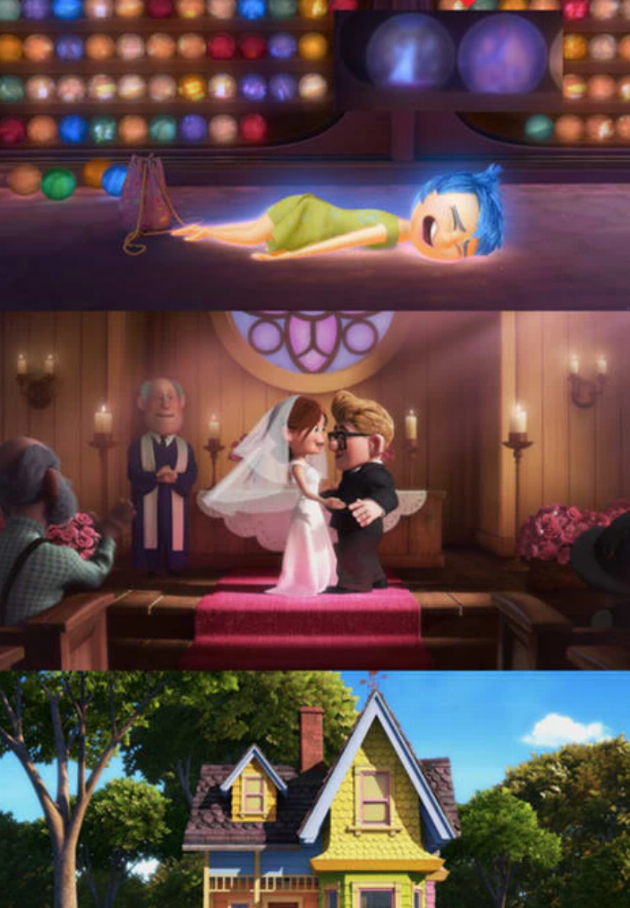 One orb in the scene from Inside Out looks like it shows Carl and Ellie's wedding, while the other seems to show their house, before Carl attached balloons to it. Does that mean Riley saw Up just like we did? Did she get these memories from somewhere else? Are the two awesome movies completely unrelated?

Though we're not exactly sure what to make of this mind-blowing discovery, we love the idea that the universes of Inside Out and Up could be connected in some way, even if the connection is so small it took us three years to notice it!