Any chance we get to connect two of our fave fandoms, we do.

So, in of honor of Pretty Little Liars seventh and final season, we're taking a moment to introduce you to the PLL girls in a way you've never seen them: as Disney princesses.

By re-watching some of our fave seasons, we've recognized that each girl has something very Disney princess-esque about them.

See which royal we think each little liar emulates best below!

Out of the whole PLL clique, Hanna is definitely the most bold and outspoken. Because she was previously bullied for being overweight, she's learned to stand up for herself and voice her opinion. Despite her sometimes snarky comments, she is genuine and so sweet. She's much like Cinderella in that she is optimistic and always looking for the good in even the most wretched of situations. These two would for sure hit it off if Cinderella ever stepped foot in Rosewood. 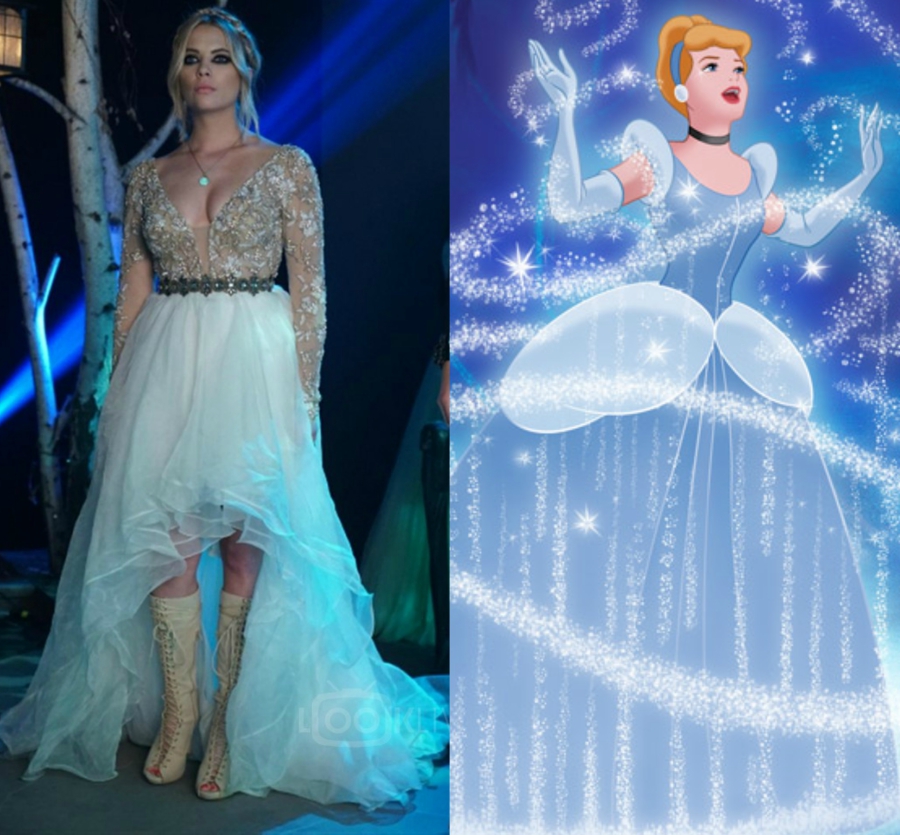 If this outfit isn't enough proof to confirm that Aria Montgomery is basically a real-life version of the beloved Snow White, we don't know what is. But, aside from their obvious similarities in appearance and taste in fashion, both characters are genuinely good people and always have the best intentions when looking out for their closest friends. 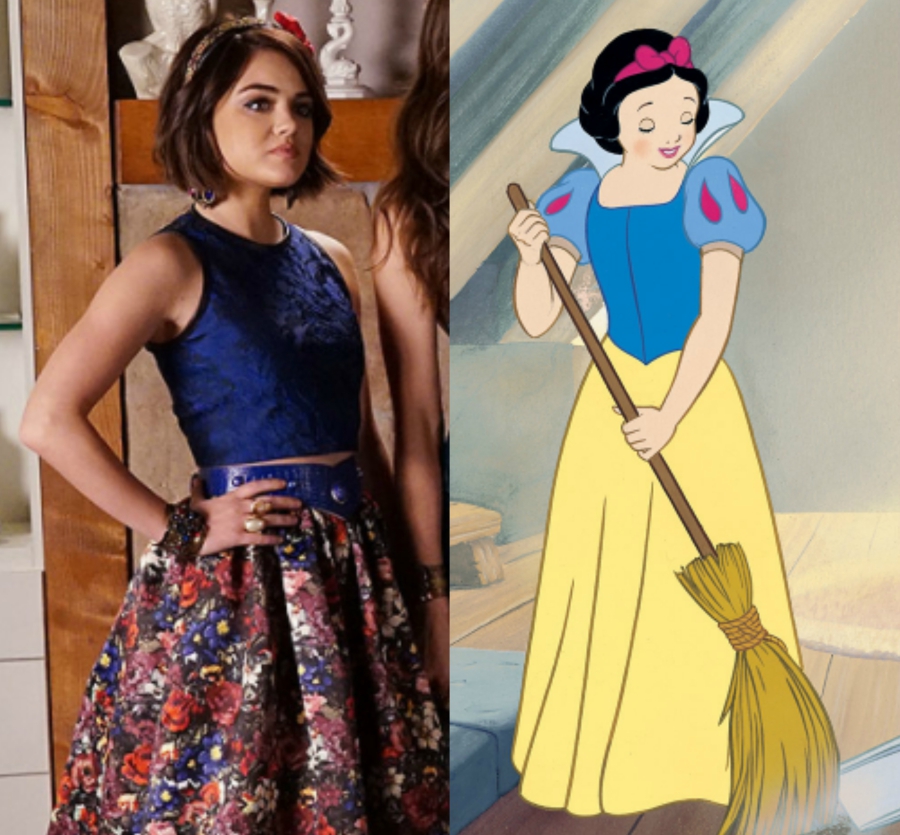 Spencer is notedly the most intelligent and goal-oriented of the clique. Much like Belle, she often has her head buried inside a book, being the overachiever she is. Just as Belle stands up to Beast when others were afraid to, Spencer stands up to A. There's no doubt that these two are fiercely independent and sure of themselves. We're not sure they could be any more alike! 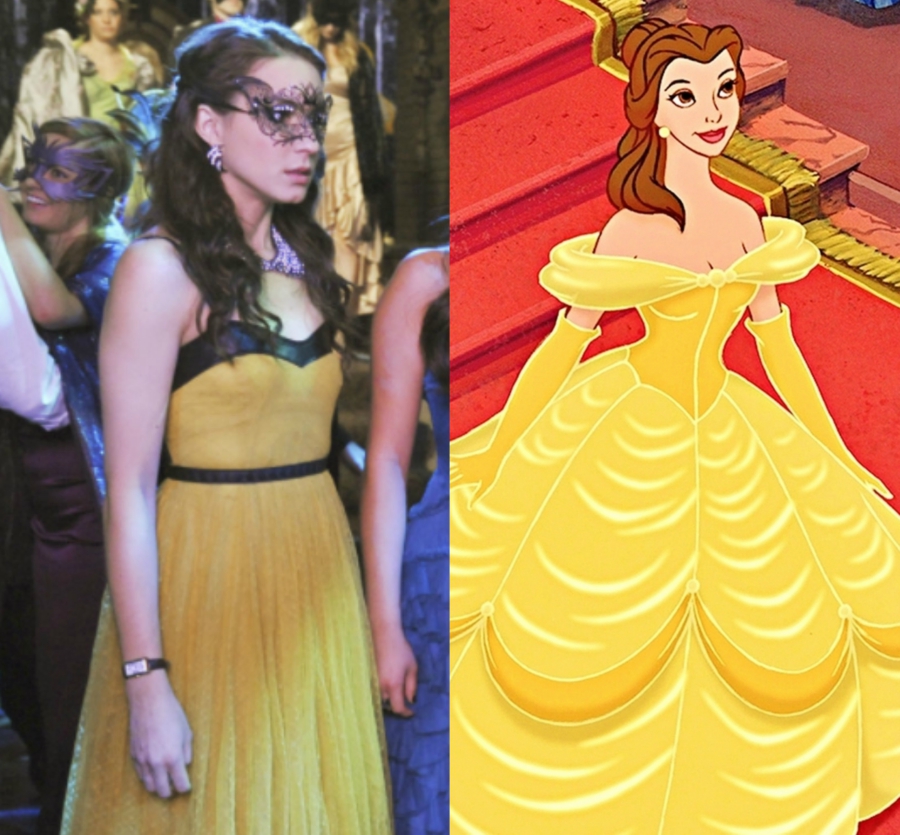 One striking similarity between Emily and Jasmine's character is their relationship with their family. Although both are extremely close with their families (Jasmine with her father, the Sultan of Agrabah, and Emily with her mom and dad), their parents both have difficulties letting them break free and live independently. Both women are sometimes stubborn and fierce, but are also very warm-hearted and love others with every ounce of their being. #Twins. 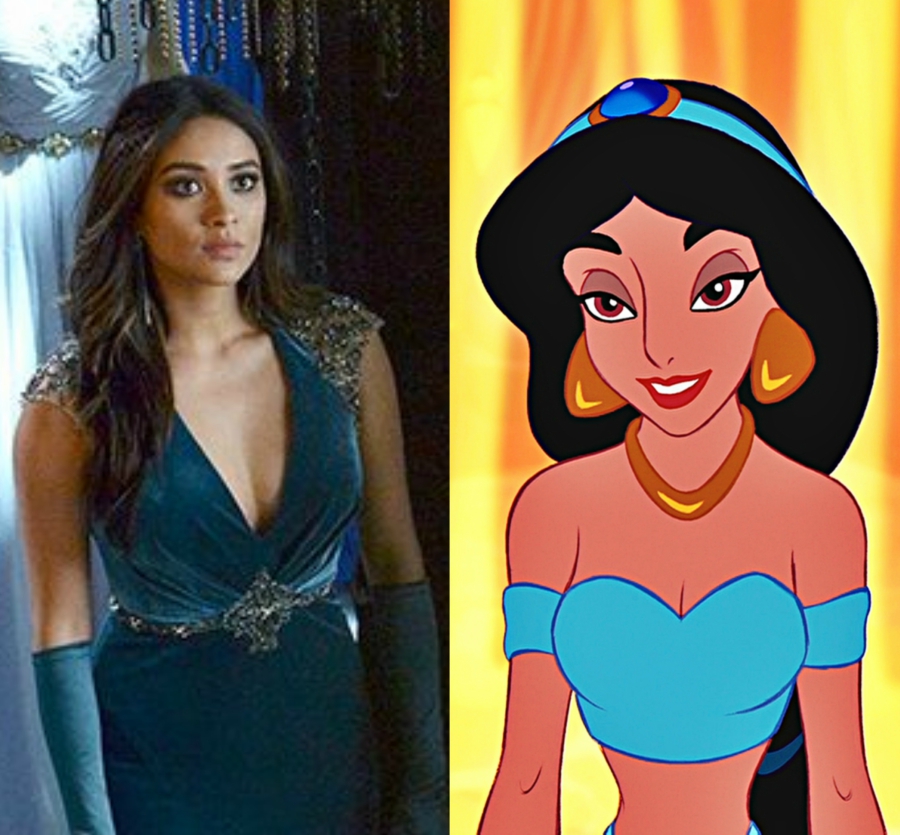 This comparison is quite possibly the easiest to make, based on one simple thing: this picture! These characters, although nothing alike, both have a knack for getting themselves in undesirable circumstances that would have them appear to be lifeless. At least we know they both survive in the end.

Hate to break it to you girls, but Mona and Mulan are a lot more alike than you'd think. Although we love Mulan for being loyal, strong and determined, she's also a little bit mischievous if you think about it… she does pretend to be a man, after all. Just like Mulan, Mona has deceived people (friends, even) into thinking she's someone she isn't. 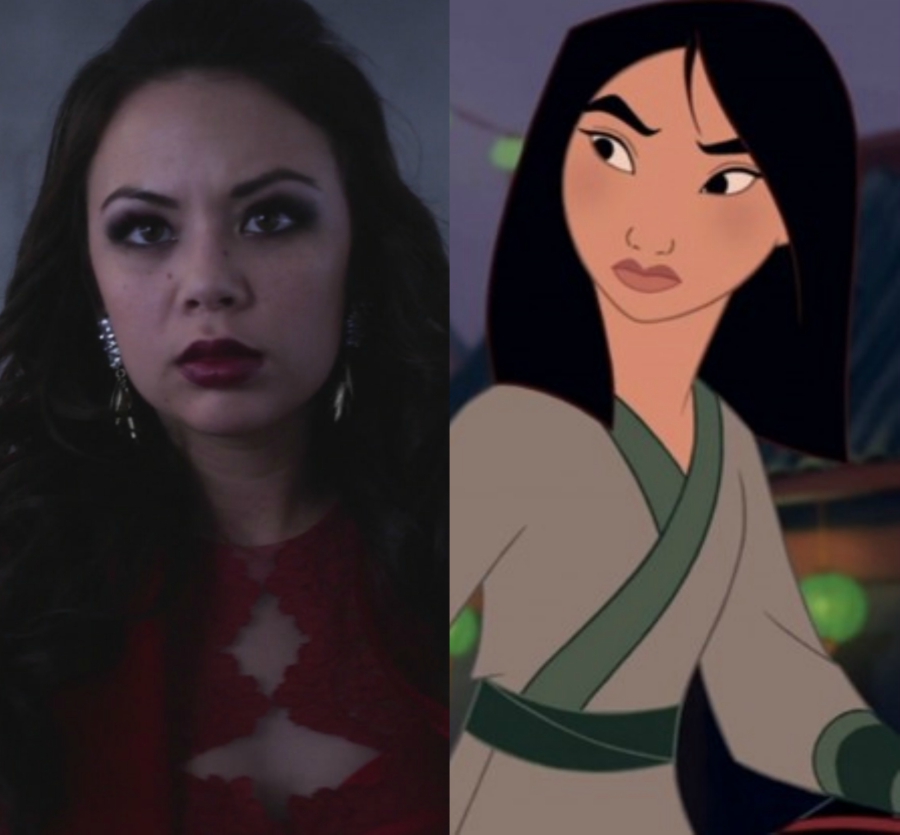 Do you ever think about which Disney princess resembles you most? If you have no idea, why don't you head on over HERE and let your zodiac sign determine that.