Disney World is welcoming in autumn with a menu item we're now craving: Apple Cider Donut Holes. From what we can tell, they're basically fall, in bite form. They look drool-worthy.

The sweet treats can be found in the Animal Kingdom at the Isle of Java, where they sell for $4.99 an order, according to the Disney Food Blog. They're described on the menu as "freshly-fried donuts with diced apple pieces rolled in cinnamon sugar and topped with an apple cider glaze." All that sounds delicious, not to mention perfect for fall. 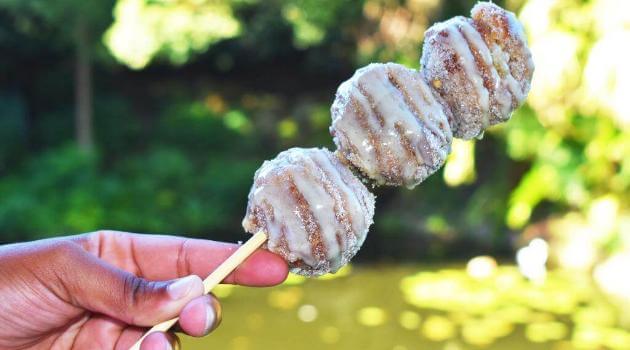 This is really taking "Falling" in love with Fall to a "whole" new level with donut holes!! pic.twitter.com/MMc72fwWm3

We need to try these!

That looks so good! #yummyfood

We don't know how long the Apple Cider Donut Holes will be available, so if you're determined to try them, you'd better get to Disney World's Animal Kingdom fast.