A trip to Disneyland isn't complete without stopping by the Enchanted Tiki Room for some Pineapple Dole Whip. As far as I'm concerned, the tasty treat is one of the best parts about the whole park.

Unfortunately, it has been quite some time since I paid a visit to the happiest place on earth, so I haven't had my Dole Whip fix in a long time.

Since I no longer have a pass to Disneyland, slash don't want to drive all the way there just for the creamy frozen dessert, I decided to whip up a batch of some homemade Pineapple Dole Whip.

Finding a recipe to follow wasn't as difficult as I thought it would be, as there are literally hundreds of various Dole Whip tutorials across the internet.

I quickly decided on THIS one and got down to business, but not to defeat the Huns. Here's how my version of the sweet turned out!

Collecting the ingredients was as easy as it can get. All I needed was:

Unfortunately, I couldn't find a Dole banana or pineapple at the three different grocery stores I visited, so I just settled for a generic brand of the fruits. 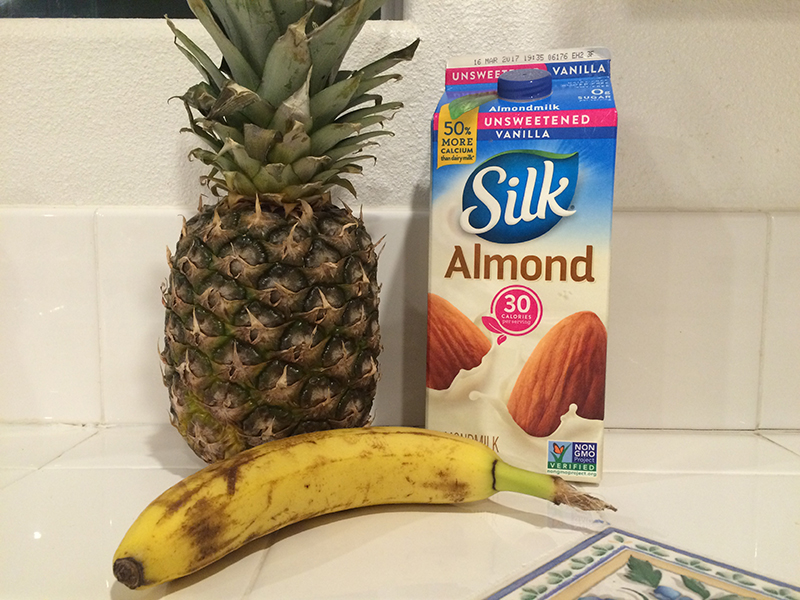 This recipe was pretty hands-on and required me to cut the pineapple into cubes, rather than buying pre-diced pineapple chunks. Definitely ask for help from your parents for this portion, because you'll want to put safety first when it comes to slicing and dicing a pineapple. 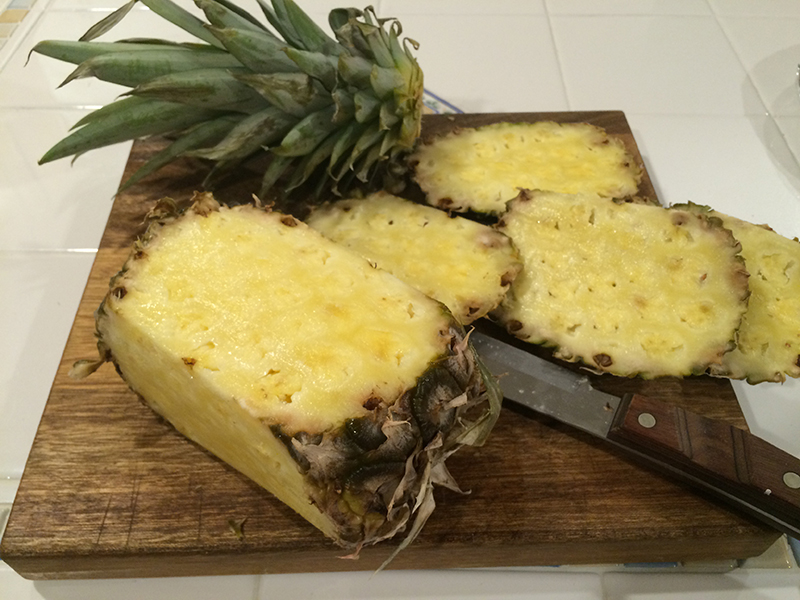 Once I cut up my pineapple, I placed the cubes and the whole banana (minus the peel, of course) into the freezer. The next morning I woke up and tossed all of the ingredients into the blender.

It didn't take long for the pineapple chunks, banana and almond milk to turn into dole whip, but this wasn't about looks. I was more concerned with how my frozen dessert tasted. 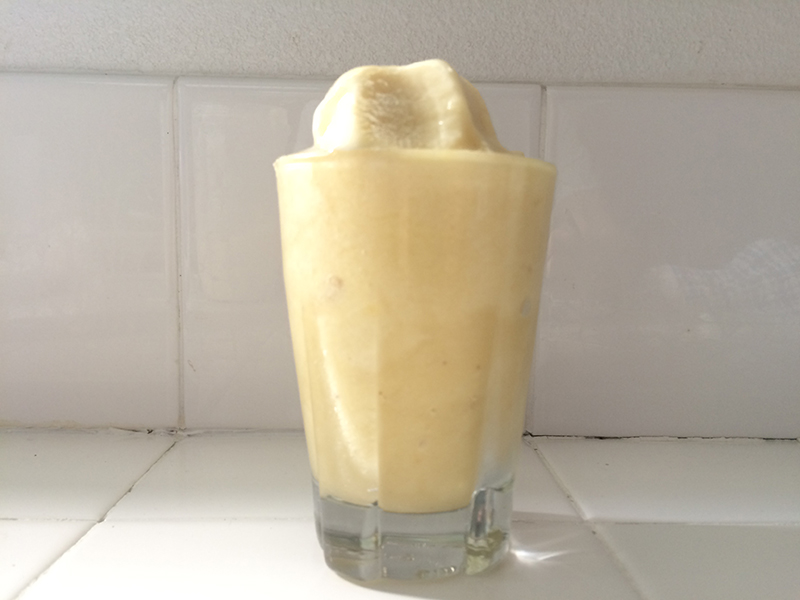 Ultimately, my take on Disneyland's iconic treat was almost identical in appearance to the real thing. Sadly, it didn't taste quite like the Pineapple Dole Whip I know and love. I think part of the reason it didn't taste as sweet as I would've liked is because I didn't use a Dole pineapple or banana. Also, my banana wasn't as ripe as it should've been.

I've learned from my mistakes, however, and I will be sure to attempt to create this dessert again with the proper ingredients. It's bound to turn out right one of these days, right?