I Read the First-Ever Doctor Strange Comic to Prep for the Movie: Here's What I Learned

Doctor Strange, the latest superhero movie from Marvel Studios, is out in theaters today, Nov. 4—but even the biggest Marvel film fans might not be familiar with this unusual hero. 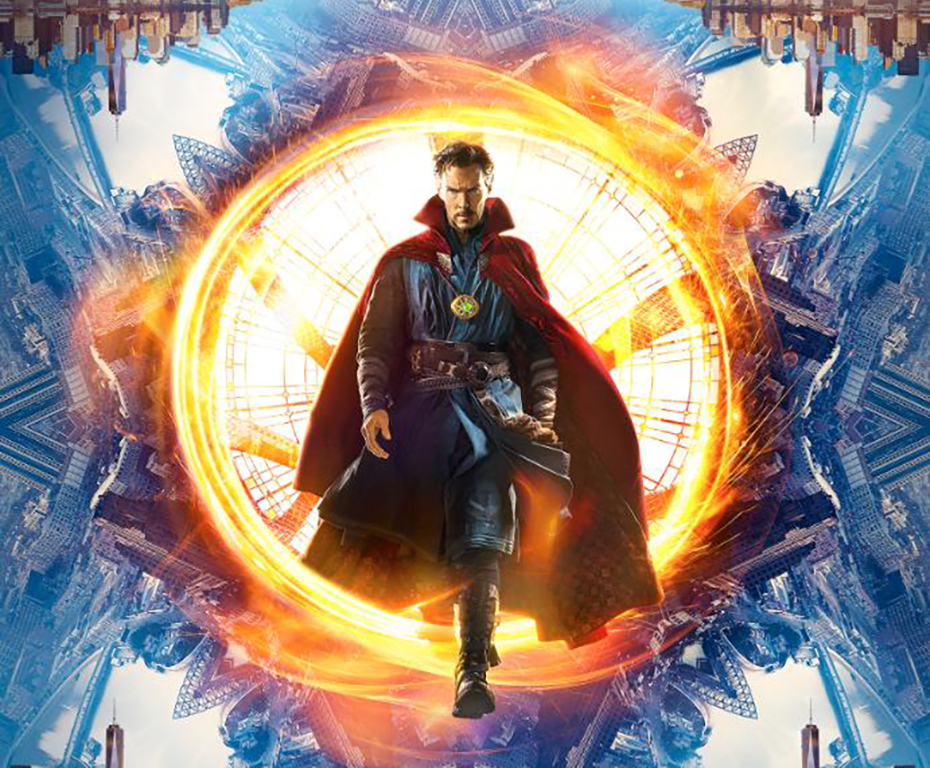 In preparation for the new Benedict Cumberbatch flick, I decided to go back to the very first comic in the Doctor Strange series, released in 1968, to discover what Stephen Strange is all about.

Before Strange becomes "The Sorceror Supreme," he's one of the best neurosurgeons in the word. He's extremely successful, making him cocky and arrogant. 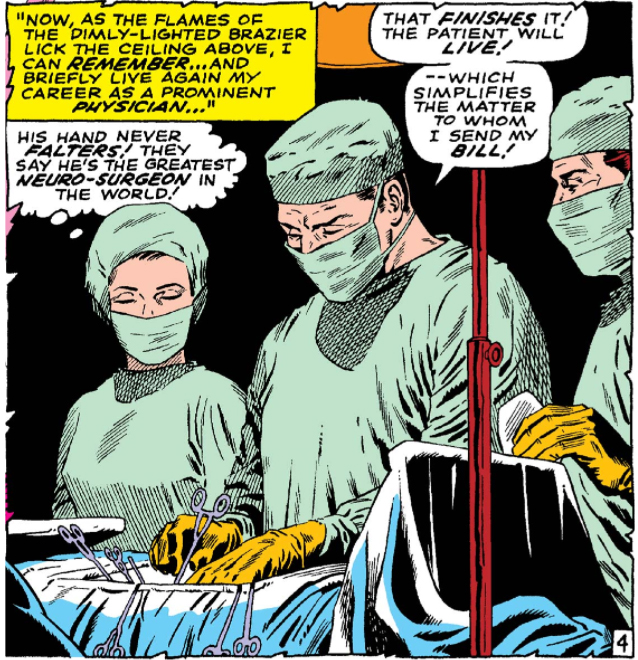 But—in the comics, at least—that success doesn't last long. A car wreck causes irreparable nerve damage in his hands, making it impossible to hold a scalpel steady enough to ever do surgery again. 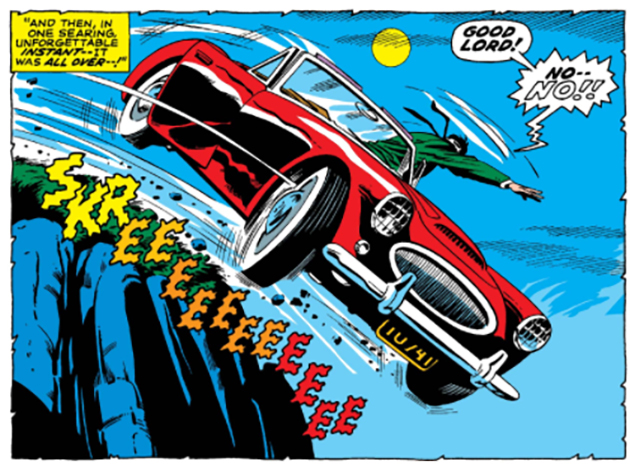 Too prideful to stoop to the level of a surgeon's assistant or consulant, he decides to give up medicine forever. He spends his entire fortune on remedies and surgeries in a futile attempt to fix his hands before selling everything he owns and boarding a plane to Tibet.

In traversing the freezing Himalayas, he hopes to find a mysterious figure called "The Ancient One," known for his incredible mystical powers. Strange thinks The Ancient One is actually a fraud who uses powerful herbs to convince people he's a skilled sorcerer, seeking to learn the Ancient One's tricks for his own benefit. 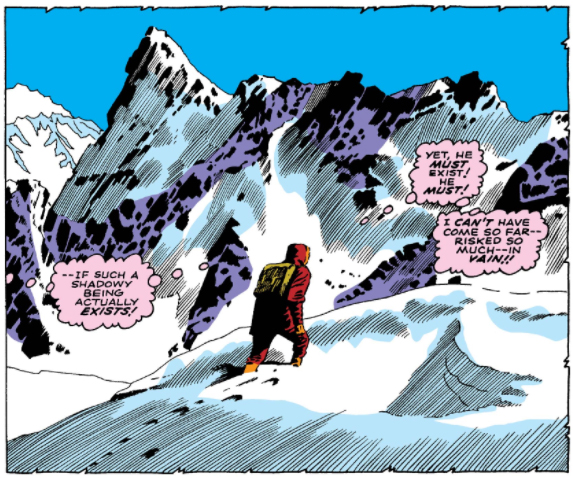 But because this is a comic in the Marvel universe, of course The Ancient One's skills are legit. When Strange meets him, he's not exactly welcomed with open arms. Strange accuses the Ancient One of being a trickster, begging him to reveal his secrets. He's refused, not just because he's so full of himself, but also because he doesn't believe.

Even after the Ancient One lifts Strange from the ground and sets him back down slowly using his mind, Strange thinks he's only being hypnotized.

He then meets another disciple of The Ancient One called Baron Mordo, who immediately irks Strange. It's not long before Strange learns that Mordo is secretly totally evil and trying to bring down the Ancient One using his own mystical powers.

Strange tries to warn The Ancient One, but Mordo magicks an iron clamp over his mouth, making this impossible.

But Mordo isn't strong enough to bring down The Ancient One, and Strange is impressed with his ability to use his mind to resist evil magic. The Ancient One is actually training Mordo so he can keep a watchful eye over him and keep him out of trouble. 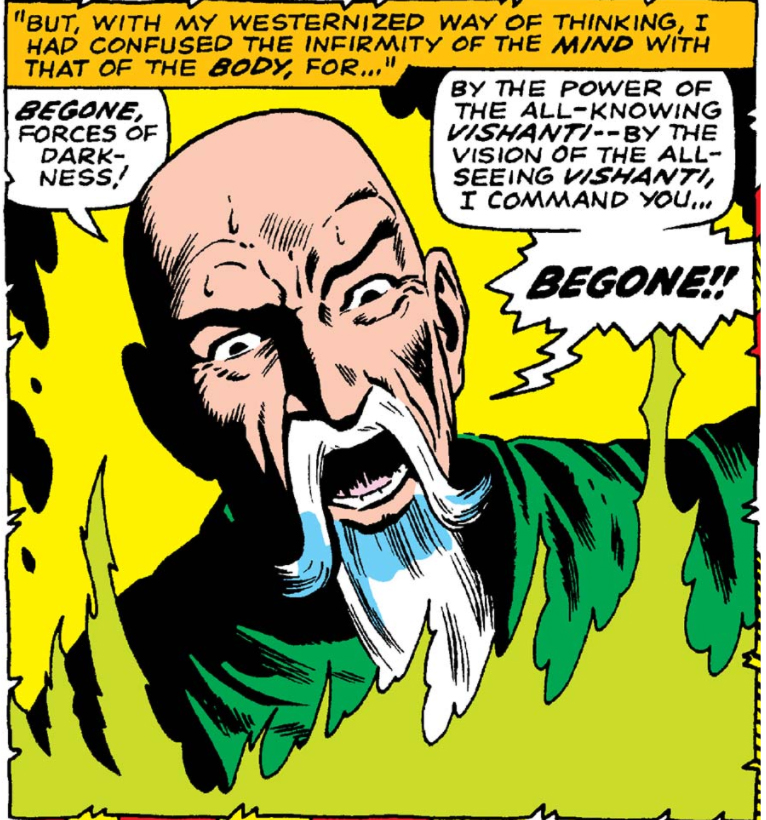 Realizing that The Ancient One is indeed a powerful sorcerer, Strange submits himself to his teachings. That's where the first comic ends, but it's really where the story begins.

The story is almost 50 years old, and with Stephen Strange starting off the story thinking he's a hotshot, he's not exactly a relatable character. He does show a bit of humility toward the end of the story, so I'm curious to keep reading and see what happens next on his way to mastering his mystical power.

I can't say just yet whether reading the comic will help me understand the movie any better, especially knowing that there are some major differences between the comic and the film. Until I do check it out, I'll just chill with this awesome Marvel Collector Corps stuff. 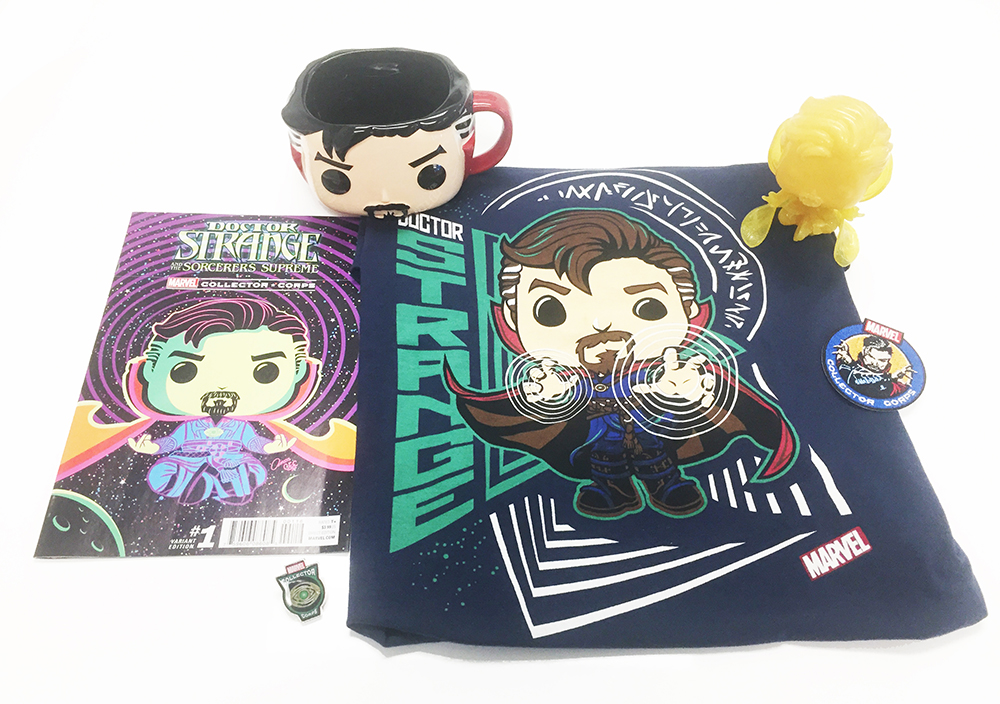 Do you know which Marvel hero is super awesome and relatable immediately? Squirrel Girl. Click HERE to read my review of Squirrel Girl's new graphic novel.