If you're desperate to find out more about this year's Doctor Who Christmas special—and it's introduction of Jodie Whittaker as the Doctor—there was no better place to be yesterday than San Diego Comic-Con's massive Doctor Who panel at Hall H. 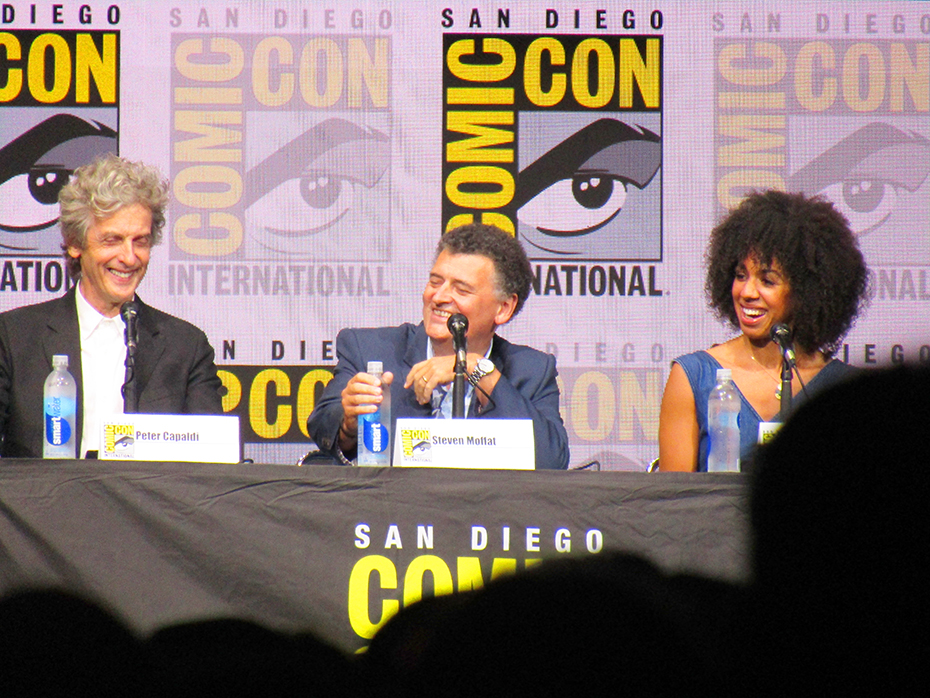 The event gave the audience of 6500 fans a chance to say their goodbyes not only to the actors, but also to the writers who've guided the direction of the show for the last six years. After this year, we'll be introduced to a whole new cast, including Jodie Whittaker as the first female Doctor, plus a new group of writers with Chris Chibnall at the helm.

Peter's final episode of the Doctor airs this Christmas and will be titled "Twice Upon a Time." The cast and crew had only finished shooting the episode three days earlier, but they did manage to cut a teaser of the episode just in time for the show.

In the episode, Peter's Doctor runs into his old self, the first Doctor, portrayed here by Harry Potter actor David Bradley. Both Doctors find themselves frozen in a moment of time, with the 12th Doctor knowing his time is about to end, and the first Doctor just as hesitant to regenerate into his next form.

"It's the 12th Doctor refusing to regenerate, because he wants to stay Scottish" joked the—also Scottish—Doctor Who showrunner Stephen Moffat.

The episode mirrors the first Doctor's final story, "The Tenth Planet," from way back in 1966. Typically, something called a time lock prevents the Doctor from going back and interfering with his own timeline, but this situation is different. 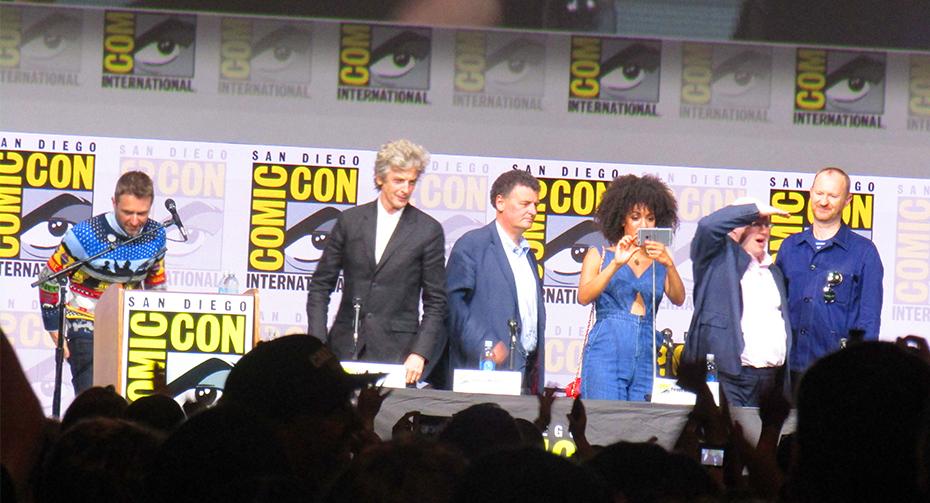 And, perhaps most importantly, the end of Peter Capldi's adventures as the Doctor will result in his regeneration into a new 13th Doctor, Jodie Whittaker.

"I just wanted to say that I think Jodie's going to be amazing," Peter said. "I spoke to her the other day and she's so full of excitement and so full of passion about the show. She really loves the show and she's a brilliant actress, so it's really, really thrilling to know that it's in the hands of somebody who cares about it so deeply… She's a great choice."

"I do feel it's a bit tokenistic to cast a human as the Doctor" joked Matt Lucas, who plays Nardole.

While there are a few people out there who aren't keen on the idea of a woman playing the Doctor, the panel insisted that, so far, the true fans have all welcomed the idea with open arms.

"Doctor Who fans are more excited about the idea of a brilliant actress playing the part than the fact she's a woman," Steven explained. "It's been incredibly progressive and enlightened."

Asked whether Peter had any advice for future Doctors, he had five short words of wisdom.

Before allowing fans to step up to the mic for an audience Q&A, the show ran a highlight reel of some of Peter Capaldi's top moments as the 12th Doctor, inciting both cheers and tears from an audience who both loved his time on the show are were sad to see him go. Once the video concluded, the audience rose from their seats to give him a standing ovation. He then took a stand to make a speech complimenting every other member of his panel.

As a writer, Steven Moffat has influenced the modern Doctor Who story more than any other person. Even though he didn't tell every story there was to tell, he made it clear it was time to pass the torch to someone else.

"There's loads of Doctor Who left undone," Steven said. "It's still got another 400 years to run… It's time for somebody else to come in and have much better ideas than me."

One of the biggest moments came in the form of a very shy little girl. Left speechless by the Doctor, her mother had to ask her question on her behalf.

"What's the hardest thing you did in the show?" the mom asked.

"Leaving it," Peter replied, resulting in an "awwwww" sweeping over the audience.

After many great questions from the audience, the panel eventually had to come to an end. To close the show, Chris Hardwick quoted a line from last year's Christmas episode of Doctor Who: "Everything ends and it's always sad. But everything begins again and it's always happy."

"That's the ultimate idea," Chris explained. "It's very sad to see you go, but know whatever else all of you are going to do, these people will be here for you."

As the audience cheered, Pearl Mackie raised a selfie stick to take a photo of the cast and crew, with all of us in the audience in the background. It was a bittersweet moment saying goodbye to Doctor Who as we currently know it—but we can only be excited for what's yet to come from the show.

Want to learn more about the 13th Doctor? Click HERE to find out what you need to know about Jodie Whittaker.