We've always been subscribed to the notion that the titular character in Doctor Who is called "the Doctor," but after the Doctor Who Comic-Con panel on Sunday, we're not so sure. 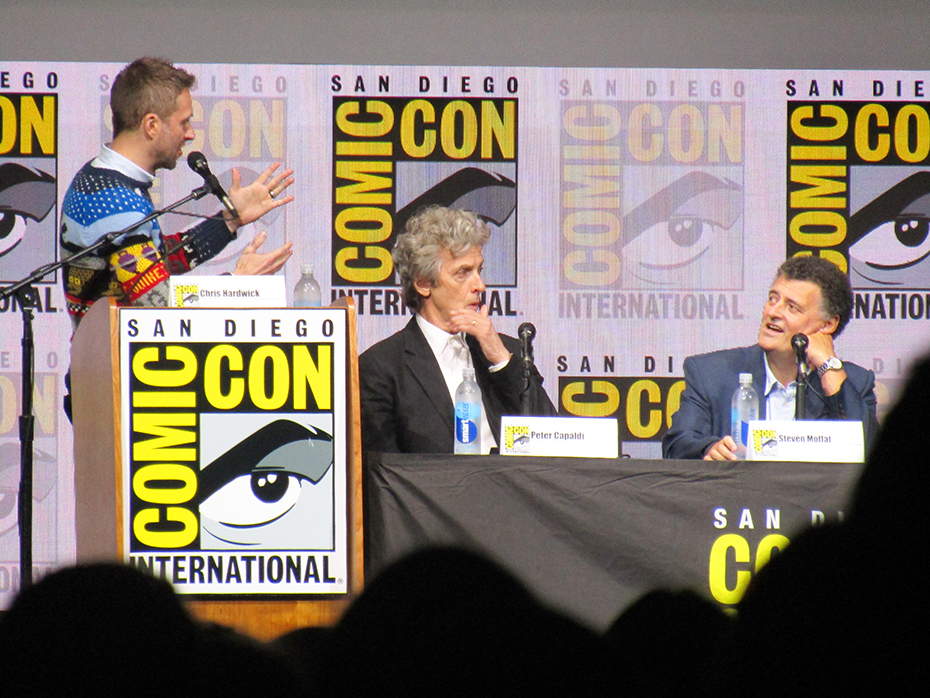 Moderator Chris Hardwick opened a can of worms when he brought up an episode in season 10 of the show where the characters have the debate of whether the character is called "the Doctor" or "Doctor Who."

"Do you have a final word on this either way?" Chris asked.

"I'll have to defer to Mr. Chibnall, obviously," Steven Moffat replied, jokingly implying that he'd leave the question for the upcoming showrunner, Chris Chibnall, to handle. But he didn't stop there.

"If you take continuity seriously, and to be honest, you all do, there isn't any doubt about it, I'm sorry," Steven said. "It was established in "The War Machines" that his name is Doctor Who."

We have to disagree, as this is the only time in the series that he's been called this, and even then only by a computer called WOTAN.

"When people come up to you in the street," Steven continued, gesturing to current Doctor Peter Capaldi, "They don't say 'the Doctor,' they say 'Doctor Who.'"

To further his argument, Steven Moffat added that the character has also signed his signature as "Doctor W," and that the third Doctor had WHO on his car's license plate.

"He is not a master of subtlety," Steven said. "In order to be mysterious, I'll call myself Doctor Who."

We're still not convinced—especially because he budged a bit in his next statement.

"However, if you prefer to believe that he calls himself the Doctor and that's just the name of the show, that's also equally true," he said. "Because what would the Doctor Who continuity be without blatant and unresolvable contradiction?"

We guess we'll have to wait until next year to find out if Chris Chibnall does indeed weigh in on the subject.

Can't wait for the next episode? Click HERE to find out everything we know so far about the Christmas special.