In general, the natural instinct when faced with a fire is to run as fast as you can in the opposite direction.

But when this heroic pup was confronted with fleeing the terrifying California wildfires with his humans or protecting his herd of goats, he chose to brave the flames. 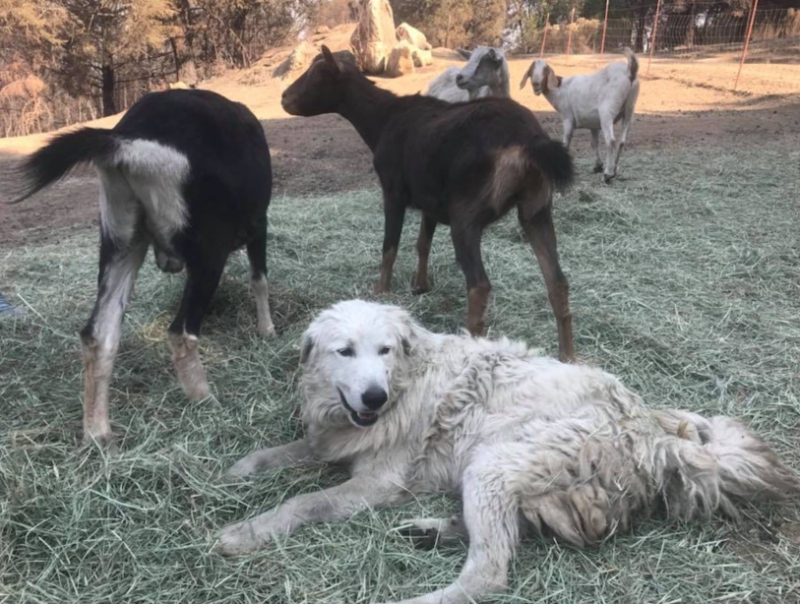 When his owner, Roland Handel, was forced to evacuate his home due to the raging California wildfires, Odin refused to abandon his charges. With the ominous fires moving closer and closer every second, Roland had no choice but to ferry his 14-year-old daughter to safety, leaving Odin and his herd behind.

The next day, a heartbroken Roland returned to his house expecting to find complete destruction. Instead, he found a very tired Odin awaiting his return, backed by all eight unharmed goats.

Given the pup's burned paw pads, slightly singed fur and exhausted demeanor, Roland guessed that Odin led his flock to a clearing surrounded by large rocks that were able to shield them from the flames. The doggie was such a fearless leader that he was even able to save a group of deer that temporarily joined his herd of followers.

Since his rescue, Odin's had a full checkup and shows no signs of trauma. He is expected to make a full recovery and rejoin his beloved goats soon!

If you love hearing about dogs that step up to help during a crisis, click HERE to watch this sweet pup do his part to help clean up Puerto Rico.