If you were totally impressed with last night's looks at MTV's VMA, Joico is very much to thank.

The haircare brand's stylists worked on some of the hugest stars of the show, including Cardi B, Lady Gaga and Doja Cat. We had the pleasure of chatting with Doja's mane maven, Jared Henderson, who breaks down how he achieved the star's interview and performance looks. 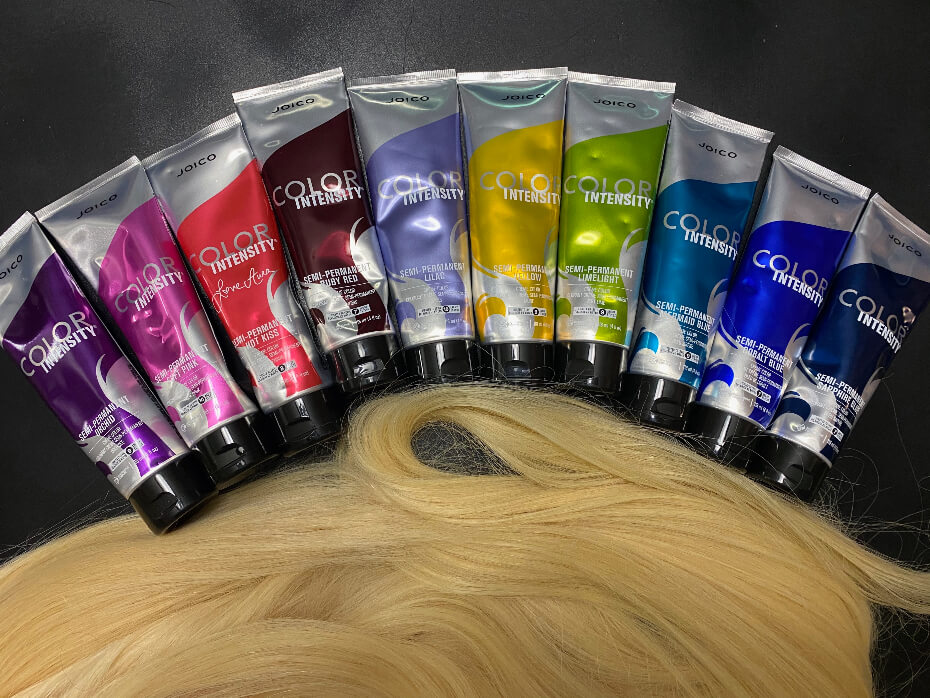 Keep reading for what he had to say!

Sweety High: What was the inspiration behind her looks?

Jared Henderson: For the interview look, we wanted to create something goth-inspired, themed after some of the actual grungy teens you'd see reporting on MTV News in the '90s. Nothing sells '90s goth like a short black bob with a bang and a lot of hair product.

For the performance, we created a whole new planet that Doja lives on. So in essence she was a beautiful alien. We wanted to go pastel/lime green to complement the colors in her outfit and the lights used on the set.

SH: Did doing the show virtually change the artistic direction you chose to take?

JH: It did, but for the better. We had a lot more time to make sure everything was perfect and in place. We were even able to add an additional look, so that was pretty awesome. 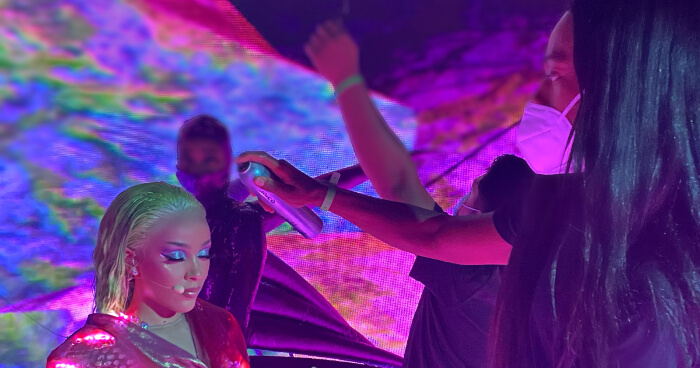 SH: What would you have done differently if this were in person?

JH: Nothing! We were so happy with how everything turned out. I couldn't imagine adding to or taking away anything.

SH: How long did it take and were there any difficulties?

JH: Glam in total took about four hours. The only difficulty we faced of course was making sure the look stayed put throughout the performance. I used a ton of oil and the finishing spray to keep everything nice and sleek.

SH: Is there anything else you want to share about the look or the process?

JH: There were so many talks and discussions with Doja and the team to make sure all of the elements came together perfectly for the looks we wanted to achieve. I love that she has a very clear vision of what she wants to execute but still doesn't limit our creative input. We're free to come up with and add our own flair to whatever she's dreamt up.

If you're a Doja Cat fan, you'll want to pay attention to one of THESE five dances that are easy to learn on TikTok.