The prevalence of hot drinks is just one of the reasons I adore the fall season.

Of course, when autumn rolls around, you don't want to get stuck sipping the same old teas day after day. Variety is the spice of life, after all. But when you buy tea at the store, you typically have to commit to a whole box of a flavor before you've even had the chance to try it, which can lead to disappointment as well as waste.

One solution is to choose a subscription service that allows you to try small samples of different tea flavors every month. But, in my experience, these can get pretty pricey considering what you get. That is, until I was contacted by Dollar Tea Club, whose basic package costs just $1 a month. I eagerly agreed to give their service a free test run, and here's what I discovered.

Dollar Tea Club's "The Explorer" plan allows subscribers to try three new tea blends every month for just a dollar—if you don't count the $4.50 fee for shipping and handling. Each sachet contains eight grams of tea, which comes out to two to three cups per bag, of six to nine total cups of tea.

Teas that arrive in The Explorer plan are selected from more than 30 varieties of naturally flavored, loose leaf teas available from the brand. In addition, there are no membership fees, and plans can be easily canceled at any time. For just another dollar, subscribers can also add five filter bags, or pay $1.95 to add three HoneyStix to sweeten their drinks. Individual teas are also available in sample sizes for a dollar, or 50-gram pouches for $8.

They also have a package called "The Sensei" for $12.70 a month, which includes a free infuser with the first order, as well as the monthly Explorer samples, a 50-gram pouch of tea chosen with your preferences in mind, 10 tea filters and three HoneyStix. That's enough to have a daily cup of tea. With this selection, you can also provide feedback regarding flavor preferences or allergies to get teas tailored to you—an option not available with the $1 subscription.

I was sent The Explorer pack containing three different teas. With one flavor being black, one green and another fruit, I thought that sounded like a great way to sample a bit of what Dollar Tea Club had to offer. I decided to start with the black tea in a Lemon Ginger flavor, so I put a couple grams of the tea in my favorite diffuser, put my water on the kettle and waited excitedly to give it a taste.

It was then that I noticed that the packets included temperature recommendations for each tea. Lucky for me, the temperature for this one was 100° C, or the boiling point of water, meaning that my kettle would get it exactly where it needed to be. Once my water was boiling, I poured it over the diffuser, waited the recommended three minutes and then added some milk and sugar before I took my first steamy sip.

And I was really satisfied with the taste. The lemon flavor came through crisp and clear, and though the ginger in the tea was subtle, it was present enough to give the tea a tiny bit of a bite. I also sensed something fruity about the tea, and had my suspicions confirmed when I saw that the second ingredient was pineapple. It was a great first experience, and made me happy to try my second cup the following day.

With the Swedish Mint green tea, I had to be a bit more careful. For one, I know from past experience that brewing both green and mint teas for too long, and at too high of a temperature, can result in a bitter and unpalatable drink. Also, the recommended brew temperature for this cup was 80° C, much cooler than the kettle brews it, so I'd have to keep an eye out.

So this time, I generally followed the same steps, except for that after the kettle boiled, I poured it into the cup and (rather impatiently) waited for it to cool for about five minutes before I added my filled diffuser. This cup also had a steeping time of about three minutes, and once it was done, I added a couple heaping teaspoons of raw honey to my preference.

And it seemed my caution had paid off. The bright, grassy flavor of the green tea was just how I liked it, and it was complemented well by cool, only slightly bitter, mint. I also like my green teas very sweet, and the added honey made this yet another deliciously successful cup. 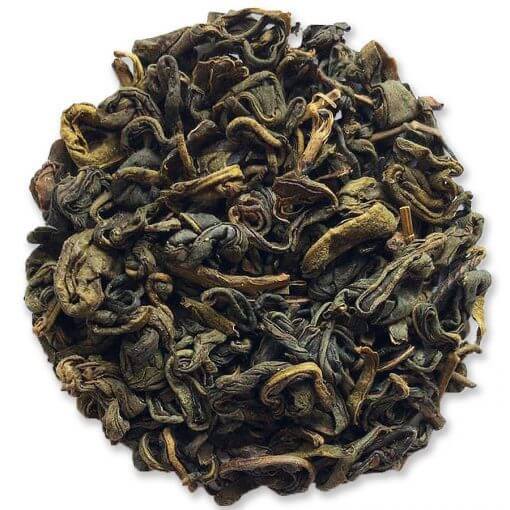 And last, but certainly not least, it was time to sample the Summer Pie fruit tea. I typically find fruit teas to be a bit hit-and-miss, often being either too weakly flavored or too sharp and tart, so I was curious to see where this one might fall. Happily, it wound up being somewhere in the middle.

I was glad this was another tea that brewed at water's boiling point, and when I poured the hot water over the diffuser, I found that the water instantly went a deep burgundy color, signifying that this would likely be a pretty potent tea. This one was made up of elderberries, currants and hibiscus—the last of which probably lent its rich color.

I also flavored this one with plenty of honey, and again was delighted at the first sip. It was full of bold fruity flavors with a slight sourness accentuated by the sweetness I'd added. This hot, fruity drink went down easily, and though I wasn't quite sure "Summer Pie" was the right descriptor, I was more than happy to go back for a second cup once it had been drained. 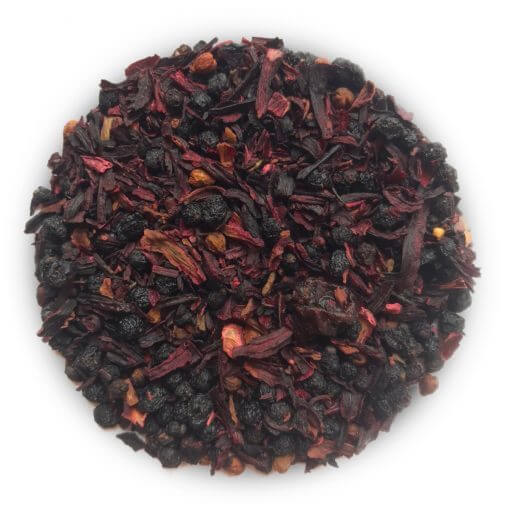 So technically, subscribing to Dollar Tea Club will cost you $5.50 a month after shipping, but if you're after unique tea flavors that require little commitment, you can't do much better. Yes, you can absolutely get more tea at the grocery store for a much lower cost, but you certainly don't get this variety. It also comes to less than $1 per cup, which is a dream when you compare it to going out for tea.

If there's one tricky thing about Dollar Tea Club, it's that at the one dollar option, you can't set any preferences. For example, I can be sensitive to caffeine and try to avoid it, so it would be nice to be able to set options for only herbal, fruit and rooibos teas that don't contain it. If you were allergic to a common ingredient, it would also be nice to be able to opt out of teas containing it. At the same time, maybe there are people who only like black or green teas, and would love to be able to share those preferences without going with a pricier plan.

Despite that, for these great flavors and quality, the price seems well worth it to me. This is something I could absolutely see myself subscribing to in the future, or even gifting to a friend or family member I can't see in person right now.

If you're all about tea, click HERE to find out why the new tea collection from Sugarfina is all about pampering yourself.