Everything You Need to Know About Country Artist Drew Baldridge

If you love soulful country music with emotionally powerful lyrics, you can't do much better than "Middle of Nowhere Kids" singer Drew Baldridge.

We obsess over every track he drops, and we think one listen is all that's needed to win you over, too. If you're curious about Drew, here's everything you should know about him, according to the musician himself! 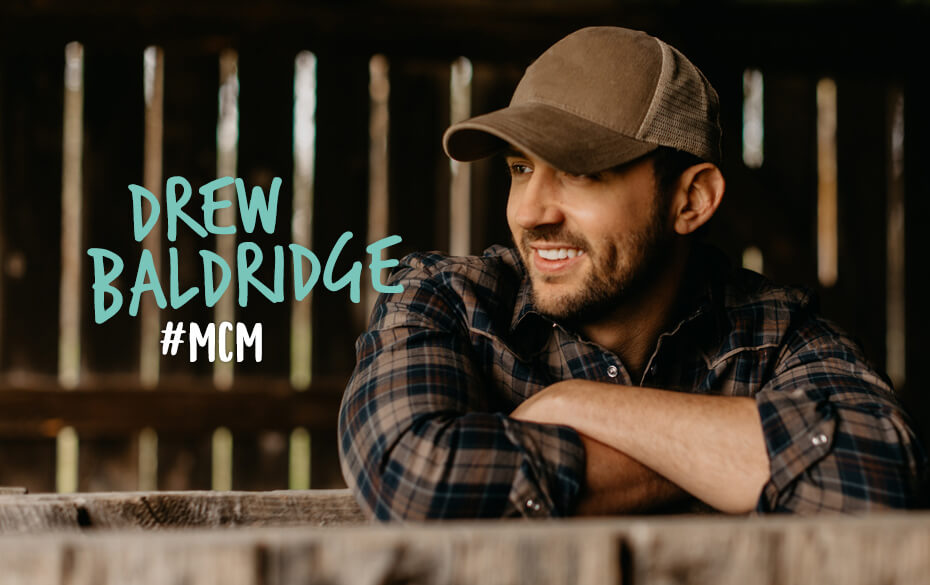 1. Drew's favorite-ever fan encounter showed him just how powerful his music could be.

"After a show one night, I met a guy near Detroit who told me about how my song 'Rebound' made him realize his worth. He was dating a girl, and she broke up with him for another guy. Two weeks later that guy dumped her, so she tried to come back to him. He told her he'd have to think about it, and when he hopped in his car, the first thing that came on the radio was 'Rebound.' He said soon as he heard the song, he knew I couldn't go back with her. He wanted to be with someone that wasn't gonna make him a second choice."

3. He says the biggest risk he ever took was moving to Nashville at age 19 all by himself.

4. He'll always have fond memories of his grandma's chicken and noodles.

"She always home-made all the noodles, and I use to steal them off the counter when they were still just dough."

5. If Drew could be mentored by anyone from history, he'd pick Elvis Presley.

"The way he made every song his own was incredible."

6. His favorite movies are action and thriller films.

" I love movies that are exciting and that take me out of the everyday life I live."

7. Drew says he relates to Simba from The Lion King because they both have the most have amazing fathers.

8. If he weren't a musician, Drew would want to be an MLB pitcher.

9. He says he's always finding inspiration in the most interesting places.

"Everyday life is the best place to find song ideas. If I'm going through any kind of emotion, I try to remember that feeling and write it down."

If you love Drew's music, click HERE for our favorite country lyrics that make awesome Insta captions for pics of you and your S.O.