Former Doctor Who star David Tennant is about to step into the shoes of yet another iconic character, DuckTales' Scrooge McDuck—and at San Diego Comic-Con's DuckTales panel on Friday, some major similarities between the two shows became abundantly clear. 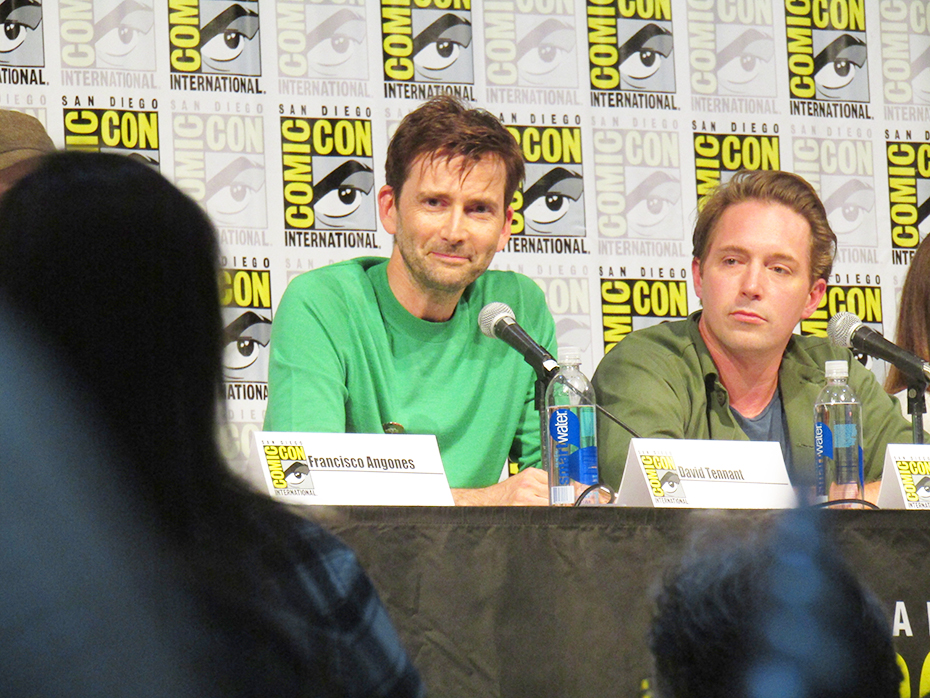 Besides the very obvious fact that David will be playing the lead in both series, he alluded to a few other major parallels. If you don't believe us, here are the facts straight from his own mouth.

The History of Scrooge and the Doctor

Asked what he's been learning about Scrooge McDuck as he voices the beloved character, David Tennant pointed out that no one knows what Scrooge is fully capable of doing.

"One thing is you never quite get the full picture," he said. "With every episode that arises, there's a new corner of his past that is unfurled, and he's clearly been around for quite a long time. Who knows quite how long."

The description is already reminding us a lot of the Doctor, who happens to be more than 900 years old. Both characters are older than they appear, with more stories in their pasts than can ever be told and secrets they'll never, ever tell.

"There are so many skeletons in [Scrooge's] closet, so many adventures in his past that keep propelling the story forward," David added. "He's a rolling enigma—much like myself." 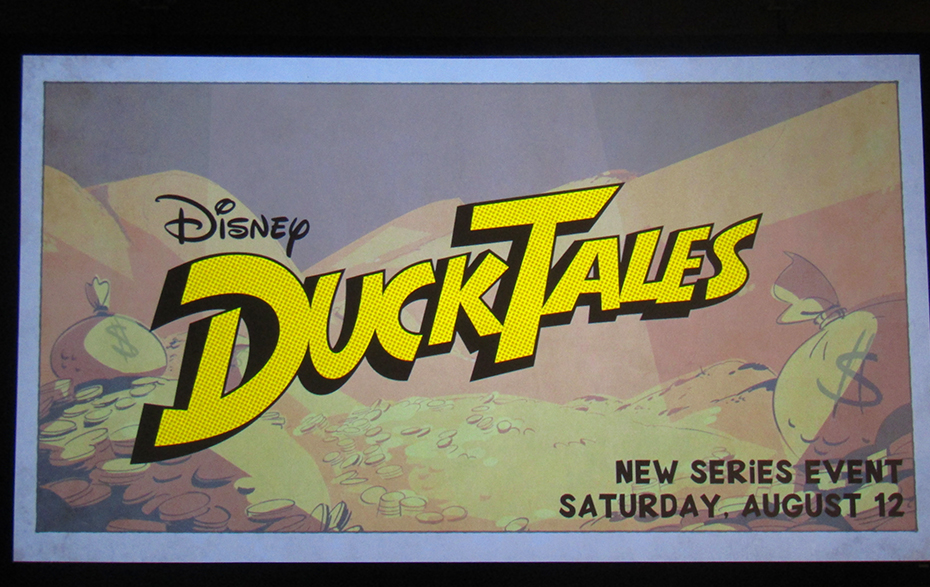 The DuckTales–Doctor Who connection must be pretty apparent, because a fan asked directly about it in the Q&A that came at the end of the panel.

"What is it like being involved in not one, but two such iconic franchises with worldwide acclaim?" she asked.

"I feel like a god," David joked in response. "I feel omnipotent, all powerful, and I feel quite jammy, which is Scottish word for lucky. I feel very honored and terribly humbled. It's lovely to be in the middle of things that people are so enthusiastic about … I'm very chuffed."

What does David Tennant like most about playing Scrooge McDuck?

"That I get to be Scrooge McDuck!" he said. "I signed up for this because I was excited for the whole thing of it, and Scrooge McDuck is such an iconic character, and then you start to realize how important this is to people."

Admittedly, he missed the original show when it first aired in the late '80s, being outside of its target demographic. Making a reference to Doctor Who, he called himself "a little bit timey wimey."

"It's very exciting to be at the center of something people are so excited about," he said. "It's a bit of a responsibility as well. I do not accept this mantle lightly."

30 years after the original DuckTales aired, he has to step into the shoes of an established character and do everything he can not to mess it up. When he became the Doctor, the role already existed for 42 years, but with nine actors going before him, he had a little more to work with.

"It's also a little bit scary, because you don't want to break it," he said. "You want something that has meant a lot to keep meaning a lot."

He also suggested that if he and his team do a good enough job, another cast and crew will be remaking DuckTales in another 30 years. He also added that he'll still be available to be Scrooge in 30 years. Might we recommend he return to Doctor Who at that time as well? 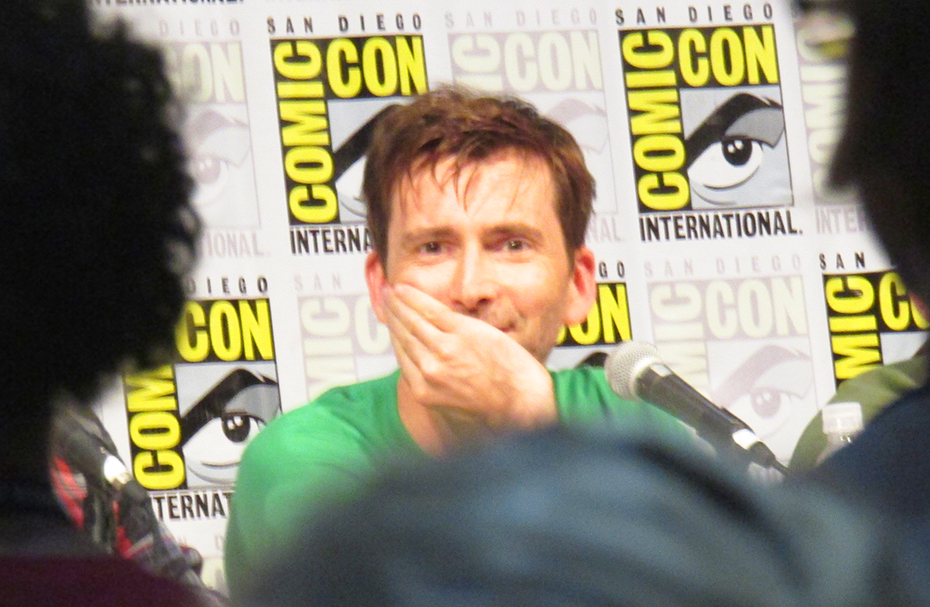 After David made his comment about being "timey wimey," another fan asked if Scrooge McDuck would be quoting the Doctor often.

While David answered that it wasn't in his power to write the script—or take advantage of other people's copyright—co-producer and story editor Francisco Angones gave a softer answer.

"Legally, probably not," he said. "Under the table, whatever I can get away with."

The biggest signifier that DuckTales will be like David's awesome Doctor Who moments all over again came in the form of a question from a young fan.

"David, what's your favorite event in the DuckTales series?" she asked.

"Are we allowed to say anything?" David asked before whispering with the writers to get find out whether he could.

He answered slowly and deliberately.

"My favorite episode is one that takes place back in time." 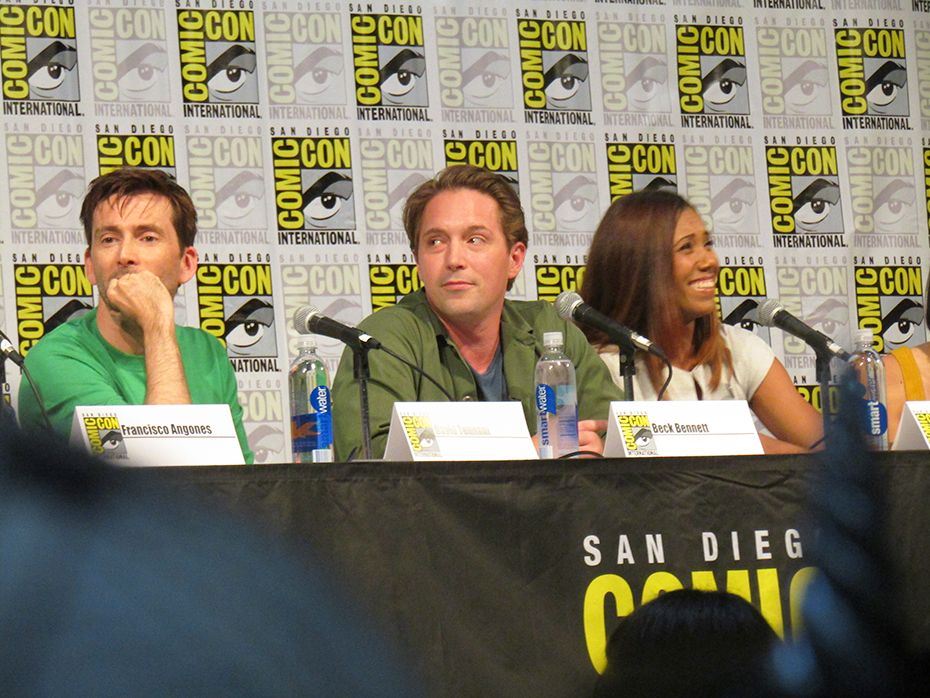 We honestly can't wait until Aug. 12 when David Tennant, and the rest of the great cast, will make their DuckTales debut on Disney XD.

Love everything Doctor Who? Click HERE to read all about what we found out about the Christmas special at Comic-Con.