Forget Mickey Mouse: THIS Is the Mascot Everyone Loves at Tokyo Disneyland

I'm not denying that Mickey Mouse is an icon around the world, but when I visited the Tokyo Disney parks, it quickly became very clear there's another mascot that holds a very special place in visitors' hearts.

His name is Duffy the Disney Bear, and I hadn't heard of him before my visit to Tokyo DisneySea.

If you're equally unfamiliar with Duffy, here's the situation: The character was created in 2002 as Mickey's favorite teddy. He basically had a background part, and was known simply as the "Disney Bear."

The stuffed bears were sold exclusively at the Once Upon a Toy shop at Disney World in Orlando for a while, but the character just didn't take off and sales didn't warrant making more of him.

Jump forward to 2005, when execs in charge of Tokyo Disneyland and DisneySea decided to take on the character. They gave him a new name, Duffy, and updated his story, putting Duffy merch in shops across both parks.

Now, it was revealed that Minnie Mouse had actually sewed Duffy by hand as a gift for Mickey, who was preparing for a long journey by boat.

For whatever reason, Tokyo parkgoers immediately latched on to Duffy. He became so popular that, in 2010, a live "My Friend Duffy" show replaced Donald Duck's show at Tokyo DisneySea.

What else is there to know about Duffy? He's practically covered in "hidden Mickeys." Not only does he have Mickey Mouse silhouettes on his paws and back, but his whole face is shaped like Mickey's head.

Duffy also has a girlfriend named Shellie May…

…and his BFF is a talented artist (and cat) named Gelatoni.

Japan Airlines even went so far as decking out a Boeing airliner with Duffy's face in 2015, complete with a Duffy bus. 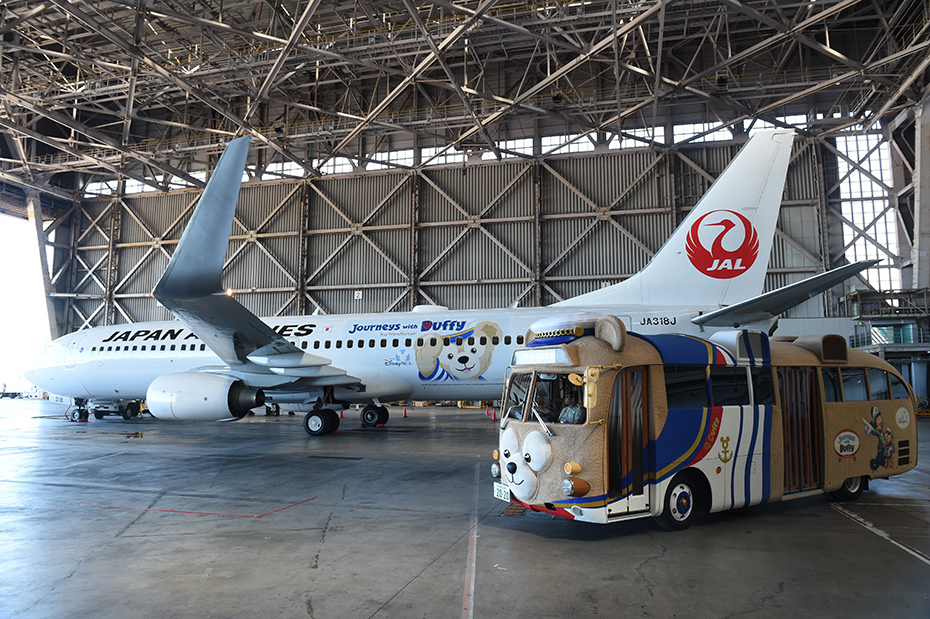 Today, Duffy does appear in the U.S. Disney parks, as well as all of the Disney locations around the world, but he can be easy to miss. If you ever get the chance to visit Tokyo's parks, you won't have to try hard to spot him.

Need even more Disney cuties in your life? Click HERE to find out which Disney prince you're most compatible with!