When Echosmith's "Cool Kids" dropped in 2013, it became one of those instant classics that never truly goes away, with an infectious chorus and a resonant message that spoke directly to the souls of fans.

Nearly a decade later, it's still one of those tracks that everyone knows—and it's as relevant as ever. It only helps that it's been part of a viral TikTok trend all about showing off your glow-ups and life accomplishments. With the band ready to begin a new musical chapter, recently releasing their self-acceptance anthem "Hang Around," they also decided to revisit their most beloved single and create their updated "Cool Kids (our version)," complete with a whole new bridge. We had the pleasure of chatting with lead singer and keyboardist Sydney Sierota about "Cool Kids," the song's virality and the new version, plus their new music, touring and so much more, and here's what she had to share with us.

Sweety High: What has it been like to see "Cool Kids" get new life as a viral TikTok sound almost a decade after the original release? Do you have any favorite videos set to the track?

Sydney Sierota: It's been amazing to see how "Cool Kids" is having a revival on TikTok. Even though we wrote the song 10 years ago, I still relate to the heart of it so much so it's really cool to see people still relating to it after all this time. There are so many amazing videos that I love from this trend and one of my favorites was from Emily Fauver. The way she used the trend to tell her story of breaking the cycle and creating a beautiful life for her and her family was beyond beautiful and inspiring.

SH: How is your new version of "Cool Kids" different from the original? What kind of twist do you feel like you were able to put on it with your growth as artists since 2014? Do you feel that the meaning of the song has changed for you at all?

Sydney: Our approach for "Cool Kids (our version)" started with the question, "What if 'Cool Kids' isn't finished yet?" That question led us to write a whole new bridge for the song, which turned out to be such a therapeutic, full-circle moment. We were playing with the song in the studio when this bridge sort of just came out of us. We recorded the vocals for it in just a few quick takes and that raw vocal is what you hear in the final version. Lyrically, the bridge captures where we're at now: the growth, the growing pains, our new perspective on life and how we still struggle with that desire to fit in. Musically, we rerecorded everything and added a lot of fun new things to the track. One of my favorite things that we did was add group vocals to every single chorus because I could never imagine singing this song alone because it's everyone's song now.

Also read about: How Getting Rid of Toxicity Inspired charlieonnafriday's 'Enough'

SH: What does it mean to you that the song is just as relevant and resonant today as it was when it first came out?

Sydney: It means the world to me. We've always wanted to make music from an honest and authentic place that connects with people. "Cool Kids" still resonating with people 10 years later is such a powerful reminder of how important it is for us to make music from our personal stories. We're finishing up writing our next album and this has been the best source of inspiration to make music that can make an impact on whoever is listening.

SH: What are your biggest pieces of advice for accepting yourself and not feeling the need to fit in?

Sydney: I still struggle with this a lot, if I'm being honest, but what really helps me is being honest about where I'm at with the people closest to me. Being honest about my struggles and insecurities with my close friends has really been encouraging to me. By doing that, you end up connecting in a deeper way and finding that you're definitely not alone in those things. I also think it's great to take baby steps towards accepting yourself. I used to not feel pretty or comfortable without a full face of makeup, so I tried taking baby steps to get more comfortable in my own skin. That meant starting with running just one errand without makeup on and going from there. It also meant learning to accept myself for who I am both inside and out, and taking care of myself internally is way more important than what's on the outside. It's all about progress, and those baby steps are invaluable to that process!

SH: What was the inspiration behind "Hang Around"? What does the track mean to the band?

Sydney: "Hang Around" really captures how I feel about my relationship. It's about loving someone so much that all you want to do is hang around them. Noah and I are both married so we wrote this song about how special our relationships are and how it doesn't feel like it just "happened," but instead, it's truly such a gift given to us.

SH: What new and exciting things do you think this new musical era will bring for you and your fans?

Sydney: This new era for Echosmith is all about being intentional. Whether we're planning our live show for tour, meeting fans after a show or writing songs, it all feels like such a great opportunity to challenge ourselves to be honest with our fans about what we're going through. We want to find as many ways as we can to help our listeners feel seen and valued through our music. We're working on so much new music that we're beyond excited to share soon! 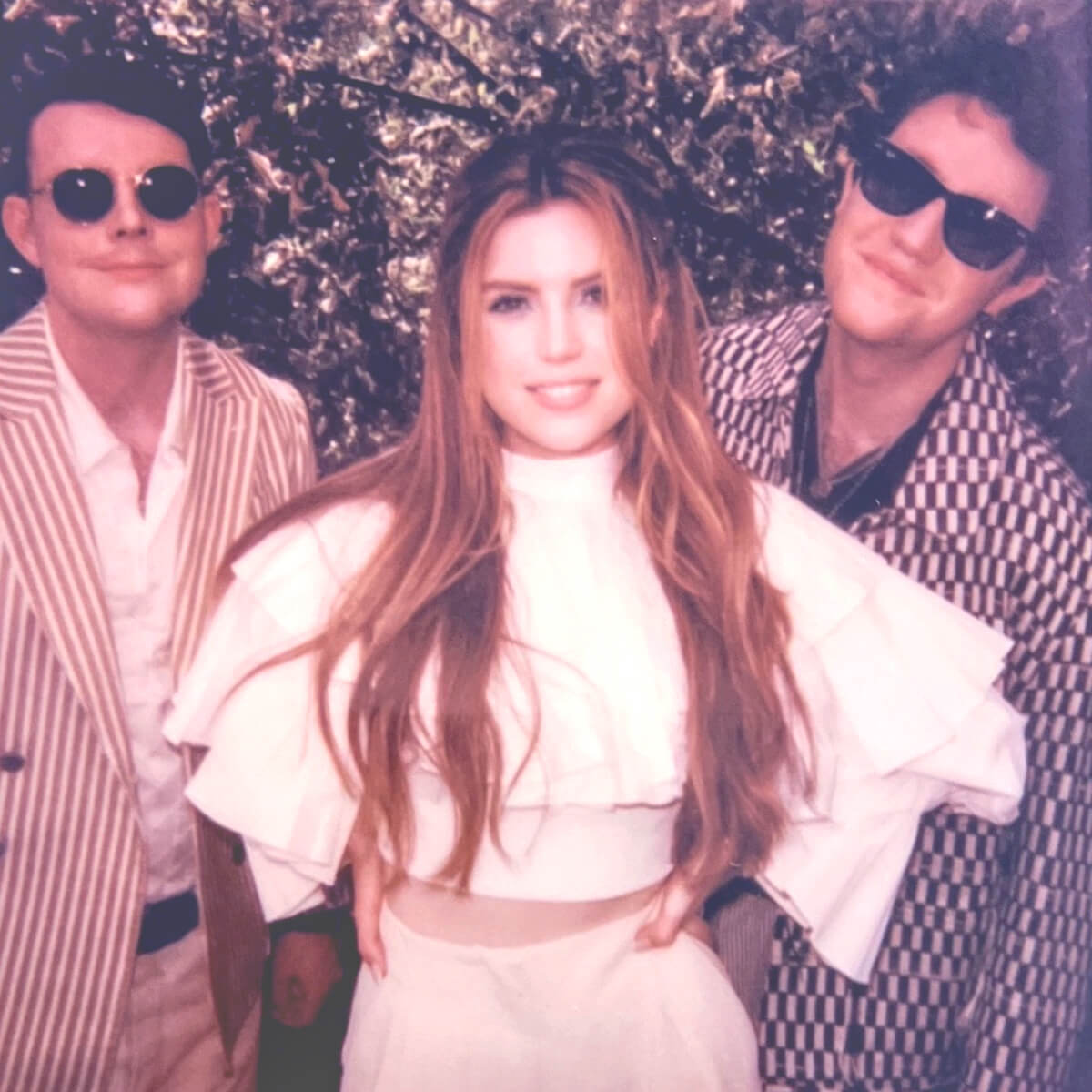 SH: How excited are you to get back on tour in October? Is there anything you're looking forward to most?

Sydney: We've been waiting so long to get back out on the road, and I can't believe we're only a month away! The travel part of touring is so fun because we're all such foodies and love finding local spots wherever we go. But we really are most excited about the show we're creating for our fans. We're spending more time and effort than we ever have building a show that's all about connection and creating a safe space for everyone to come and have a beautiful night. There will be lots of fun, exciting moments in the set and lots of sweet, intimate moments as well. We'll be playing some new unreleased songs as well, so we can't wait to see how our fans on tour will react to the new music.

Sydney: We're just so excited to get back on the road and truly connect face to face with so many people across the country. Our fans mean the absolute world to us, and we can't wait to hug as many of you as we can!

For more from our favorite artists, click HERE to read our interview with Alex Warren on his new single, "Headlights."