Singer-songwriter EMELINE's bold single "this is how i learn to say no" was one of our anthems of 2021.

The song is as vulnerable as it is smoothly captivating, with lyrics about being unapologetic for prioritizing yourself and learning how to say no to people. We can't get enough of EMELINE or her message, and here's everything we learned about her as our latest Woman Crush Wednesday. 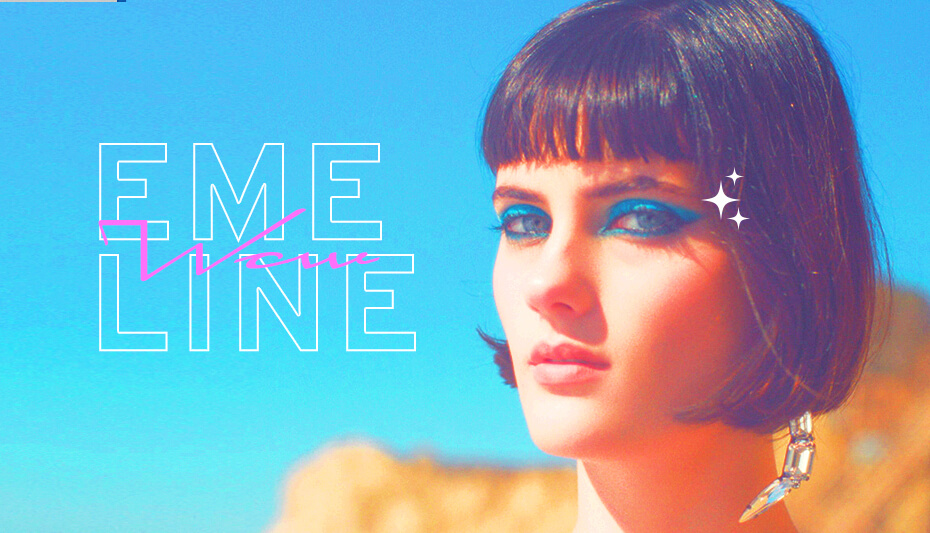 1. The Office's Michael Scott makes EMELINE laugh more than anyone else.

2. The movie that's made the biggest impact on her life is Wes Anderson's Moonrise Kingdom.

"It was filmed in my hometown and inspired me to start making little films of my own when I was a kid. I also was inspired to sing and start musical theatre through falling in love with Disney movies."

3. Her mom's apple crisp holds a very special place in her heart.

"My mom makes apple crisp with vanilla ice cream every Christmas Eve for my siblings and I that we eat by the fire."

4. If she weren't a singer-songwriter, EMELINE would love to be a marine biologist.

5. One of her most treasured belongings is a stone shaped like a heart with the word "believe" etched into it, which her mom gave to her.

"Every time I have an audition or a show I'll hold it for good luck."

6. Childish Gambino put on the best concert she's ever seen.

"He brought the whole crowd into his own universe through the energy of his performance. It was so inspiring."

7. She can touch her tongue to her nose.

9. Above everything else, EMELINE's mission is to be a healer.

"I put lots of that energy and love into my music for my fans to receive."

Want to read even more from EMELINE? Click HERE to read our interview with EMELINE on her powerful single "this is how i learn to say no."