Fans of The Bachelor Will Love Emily Whitson's Debut Novel, Beneath the Marigolds

We're avid readers here at Sweety High, so anytime we get the opportunity to read a book before its launch, we're more than happy to do so.

Today, Sep. 21, Emily Whitson released her debut novel, Beneath the Marigolds ($19.99). And since we got our hands on it last month, we've already read the book and can say it's amazing. If you're a fan of The Bachelor, reality TV or even thrillers, this book is one you need to read.

We couldn't put the book down and finished it in two nights—to say we were unproductive the next day is a major understatement (but so worth it). We fell in love with Emily's storytelling and were lucky enough to speak with the author herself all about Beneath the Marigolds! Keep scrolling for our full interview with Emily.

Sweety High: Tell us about your debut novel, Beneath the Marigolds.

Emily Whitson: Beneath the Marigolds is essentially about a reality dating show gone terribly wrong—sort of Agatha Christie's And Then There Were None meets ABC'S The Bachelor(ette).

The story revolves around Ann, a successful lawyer from Nashville, infiltrating an exclusive singles' retreat on a remote island off the coast of Hawaii, in order to find her friend and sponsor, Reese Marigold, who disappeared under mysterious circumstances.

Ann quickly realizes there's more to this singles' retreat than meets the eye. The extravagant clothes, never-ending interviews and bizarre dates hint that the retreat is a front for a reality dating show. Could Reese be safe, keeping a low profile until the premier, or did something sinister occur after all?

Torn between the need to uncover the truth and her desperate desire to get off Phaux Island, Ann partakes in the unusual routines of the "journey to true love" and investigates the other attendees who all have something to hide. In a final attempt to find Reese on the compound, she realizes that she herself may never get off the island alive.

SH: How long did it take to write Beneath the Marigolds? What did your writing process look like?

EW: It took about four years. For the first two years, I wrote whenever I had a free moment—usually at night or on the weekends. In 2018, in what can only be described as a fit of madness, I decided to pursue writing more seriously. I had enough savings to last me three or four months, so I quit my very stable marketing job and spent the summer writing. I wrote every day, from sunup to sundown, joined various critique groups and completed the first draft of what would become Beneath the Marigolds. It would take me another year, another job and another rewrite before it was actually purchased.

SH: Tell us about Reese and Ann. What's their story without giving too much away?

EW: Reese and Ann are both in their early thirties, both in recovery. Reese has been Ann's sponsor for ten years, and in many ways, Reese saved Ann's life. They also aren't close or aren't with their biological families, so in a way, Reese and Ann become each other's family.

Aside from a similar struggle with impulse control and moderation, their personalities are completely different. Reese is extraverted, overly optimistic and a little too trusting, while Ann is more reserved, more realistic and more jaded.

I guess I shouldn't say much else for fear of giving something away, but I'm very fond of both characters. They're strong in their own way, with enough confidence and courage of conviction to choose a different path and be happy with that path. 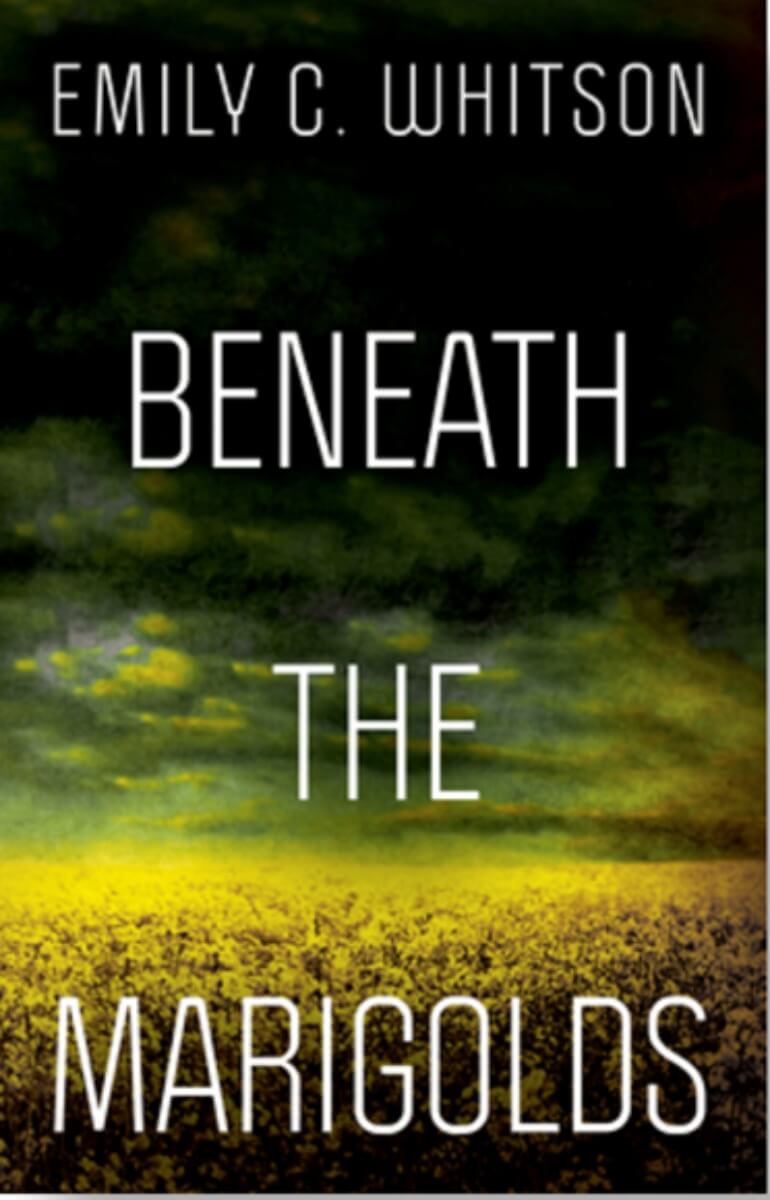 SH: Why will teens and young adults, in particular, like this novel?

EW: I think the focus on contemporary pop culture will resonate with teenagers, as that demographic tends to be interested in media trends and celebrity news. The book is also super fast-paced, with a high and constant thread of tension, which young adults, in particular, appreciate.

Perhaps most importantly, teenagers and young adults are at a unique time in their life where their friends are their family, and the novel's focal relationship is a friendship—the friendship between Reese and Ann.

Finally, the book is, in my opinion, easy escapism. It's set on a fictional island with gorgeous people and luxurious living arrangements. In a time where we're masking up and keeping socially distant, it's refreshing to be on Phaux Island.

SH: What other books would you compare Beneath the Marigolds to?

EW: It's a locked-room mystery, so in that regard, it's similar to Agatha Christie's And Then There Were None and Lucy Foley's The Guest List. Because my book explores reality television gone awry, there are also parallels to Jessica Knoll's The Favorite Sister.

SH: Are you planning on writing any other books? When can we expect them?

EW: I am! I'm researching and writing the second book right now, and it'll hopefully be in print in the next two years. I can't reveal the premise just yet, but I can say that it'll incorporate contemporary pop culture, just like Beneath the Marigolds. I think the intersection of suspense and entertainment—the dark side of celebrity and Hollywood glamour—is fascinating, and it's something I want to continue to explore. 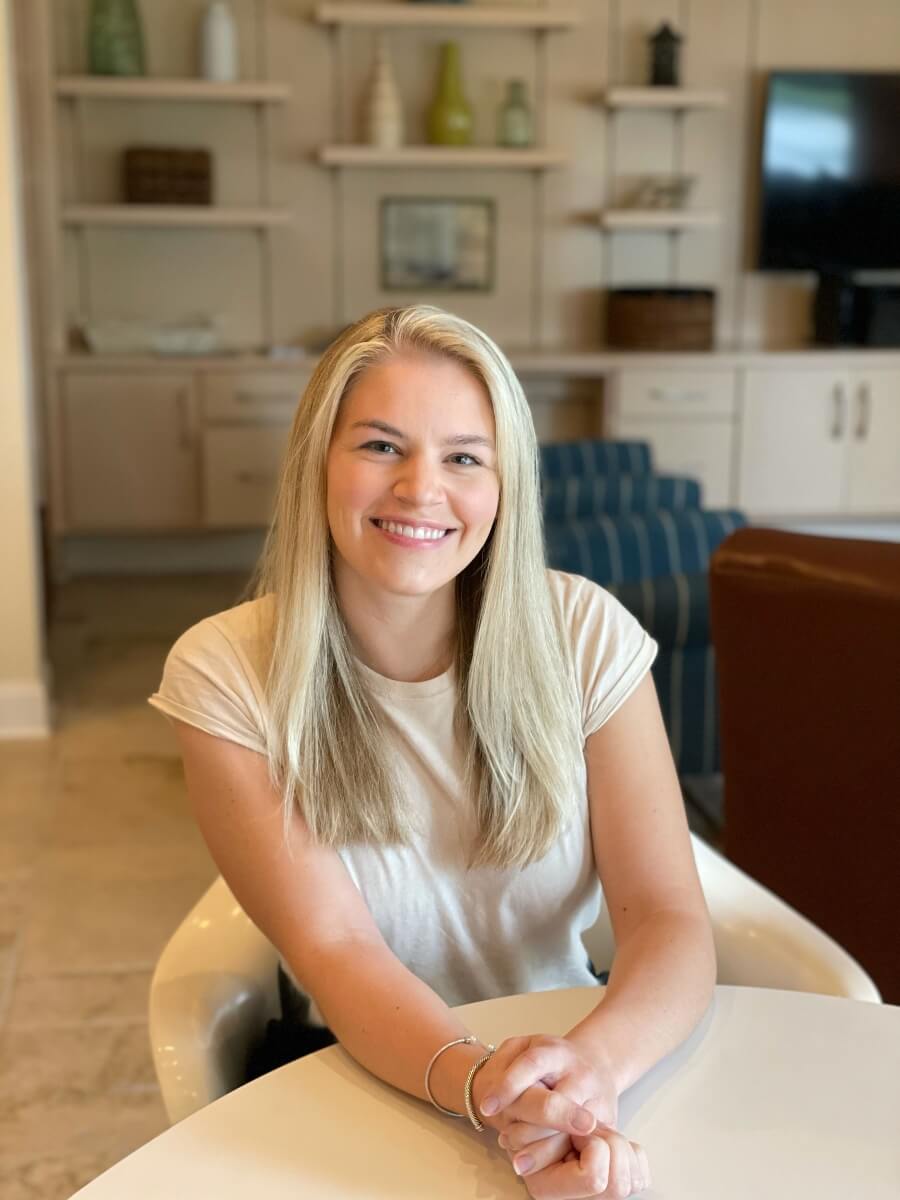 SH: Is there anything else you'd like our audience to know?

EW: If you've read the book, please connect with me on social media! I love to hear from readers. And, to everyone who has shared words of encouragement or support—thank you. Seriously. This has been a truly wonderful and surreal part of my life.

Trying to get more into reading? Look HERE for some tips on how to make yourself read more and actually enjoy it!