At long last, the wait is over, and the new Addams Family series, Wednesday, has finally hit Netflix. Spoiler alert—we're already obsessed.

We adore the new take on the classic family, especially Jenna Ortega as the titular Wednesday Addams, as she's forced to attend Nevermore Academy boarding school, dealing with emerging psychic abilities while becoming wrapped up in a decades-old murder mystery. In the new show, actress Emma Myers plays Wednesday's new dormmate, Enid Sinclair, a werewolf who's the polar opposite of Wednesday in every way. With her bubbly, upbeat attitude, love for color and penchant for gossip, she's exactly the person Wednesday doesn't want to bunk up with—and precisely the friend she needs. We got the chance to chat with Emma all about her passion for acting, as well as the new role, and she shared it all with us in the interview below.

Emma Myers: When I was younger, I used to stay up way past my bedtime watching the behind-the-scenes videos for The Lord of the Rings. I always thought the hobbits were so cool—getting to run around in the woods and hide from the orcs. That's when I thought, "Yeah, that's what I want to do." 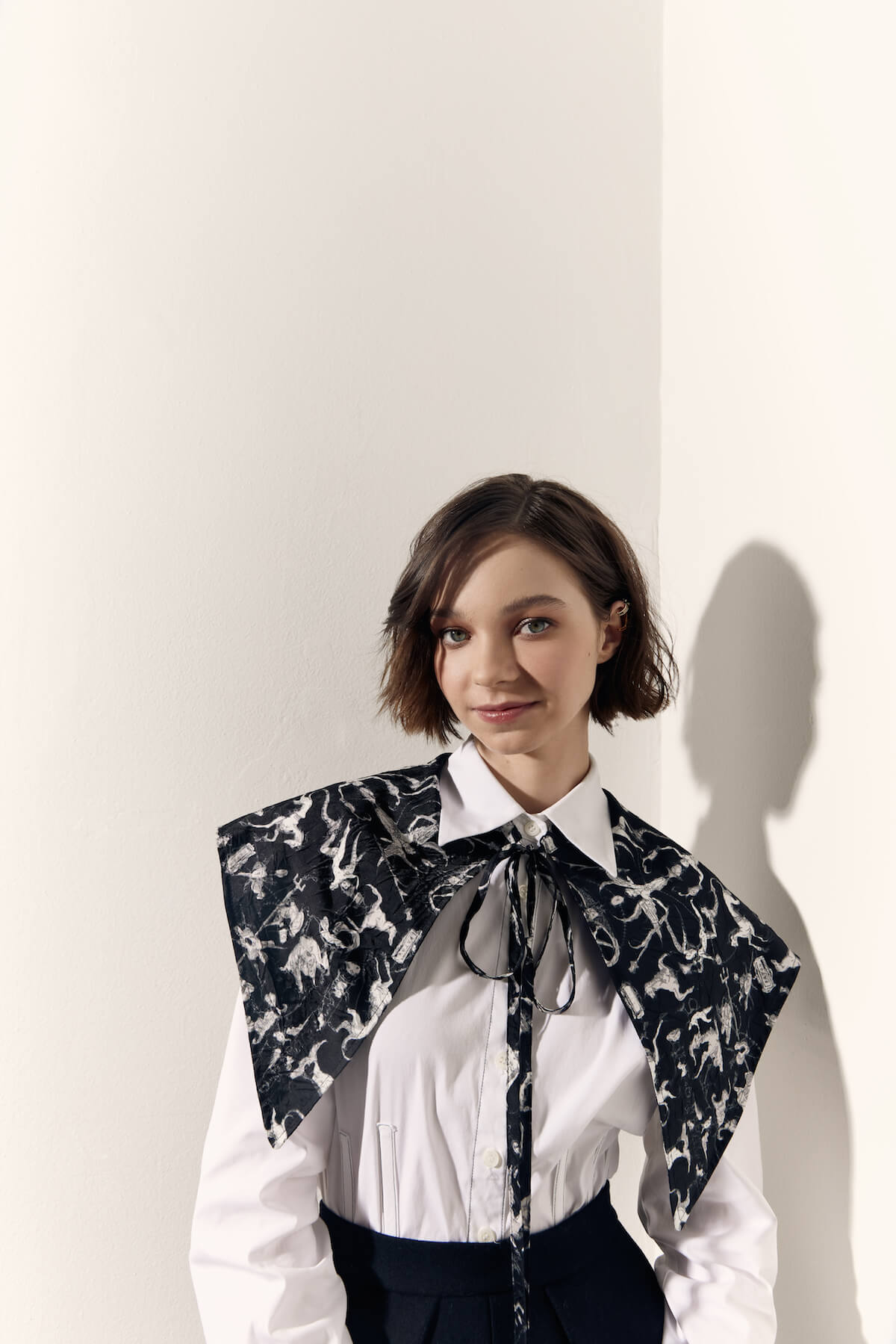 SH: Were you a fan of The Addam's Family before being cast in Wednesday? What does it mean to you to be part of such a classic and beloved franchise?

EM: I watched a lot of The Addam's Family when I was younger, so I'm still in shock that I get to be a part of this world. I'm really glad that I'm able to introduce a new character into this universe. It is really exciting to be a part of such a well-loved story in pop culture.

SH: Can you tell us a little bit about your character, Enid? Where does she fit into the story told in Wednesday?

EM: Enid is a bubbly werewolf from California who bunks with Wednesday while at Nevermore. Enid sticks her nose in everyone's gossip, whereas Wednesday sticks to herself. Enid becomes Wednesday's informant on all the rumors spreading around the school. 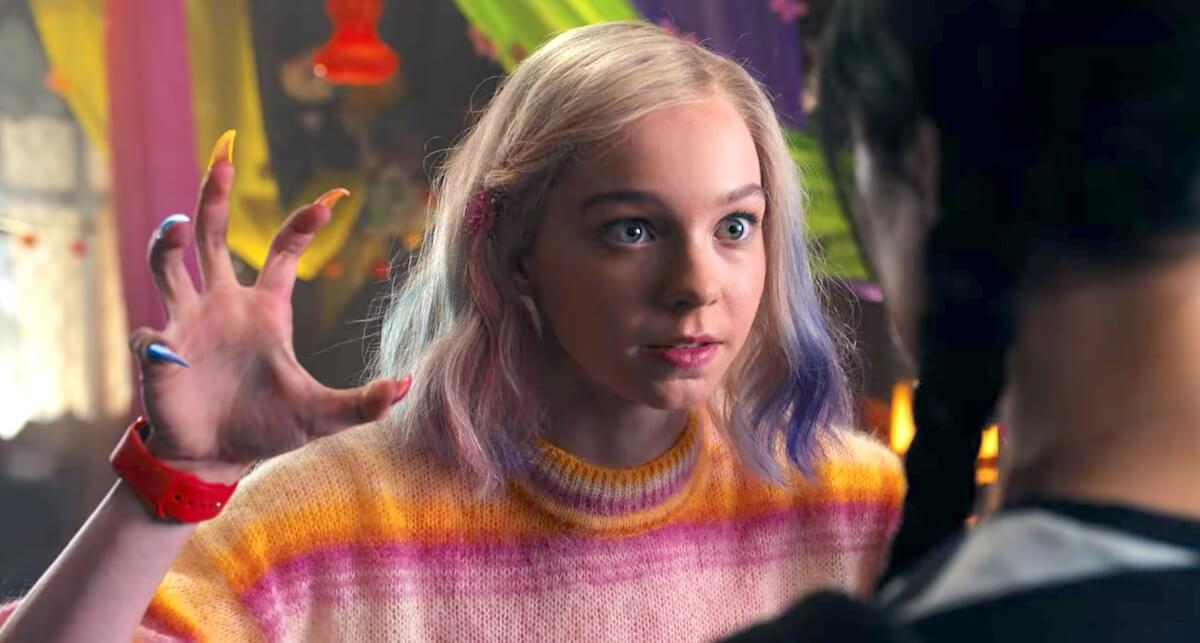 Also read about: Lexy Kolker Talks Her New Film Manifest West—and Why She Wouldn't Want to Live Off the Grid

SH: What was it like to get to play a werewolf in the show? Do you feel like you utilized your talents as an actor in ways you don't usually get to explore?

EM: Playing a werewolf was definitely an odd experience. Before filming Wednesday, I never had the opportunity to crawl around on the floor of a stunt gym, growling and lunging at stunt guys who were pretending to be sheep. I will never forget that.

SH: Would you say that you're similar to Enid in real life? Why, or why not?

EM: I'm honestly pretty dissimilar from Enid. I think the only thing we have in common is that we both listen to K-pop. I'm a huge introvert, whereas Enid is not. I also don't wear many bright colors, and I don't cry often.

Also read about: 71 Memorable Quotes From Netflix's New Wednesday Series to Use as Your Next Instagram Captions

SH: What's your favorite memory from the filming of the show?

EM: My favorite memories from filming the show are the times when I would get to goof around with the other cast members in the background of a shot. I have a lot of good memories of just improvising or doing random things when I didn't have to actually deliver lines. 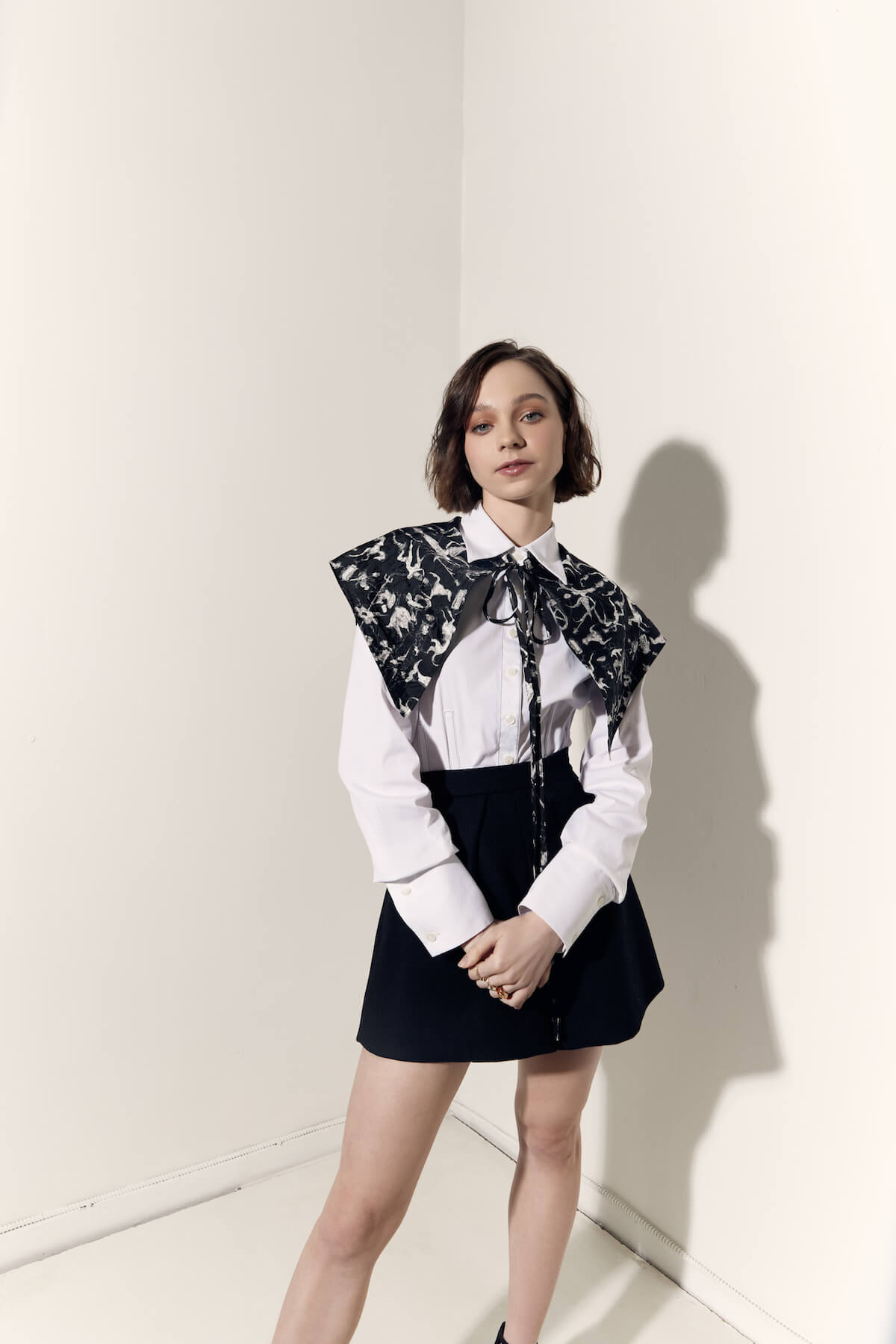 EM: Wednesday comes to Netflix Nov. 23! If you're cool, you'll check it out.

Love all things The Addams Family? Be sure to click HERE for the best Addams-inspired gifts around.